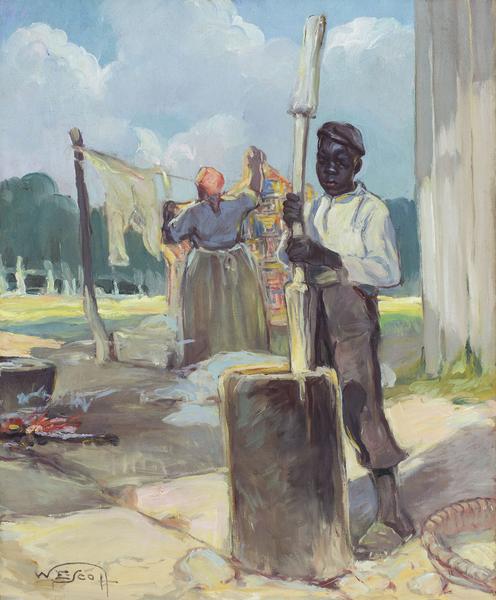 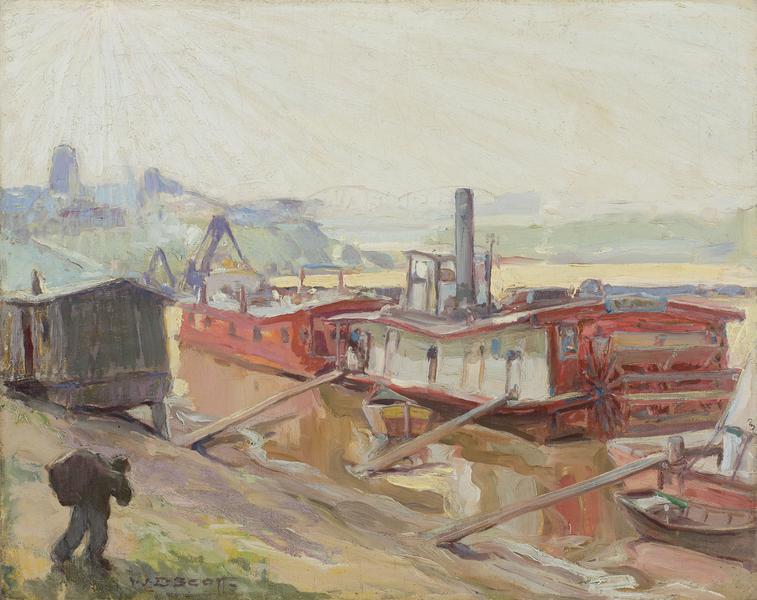 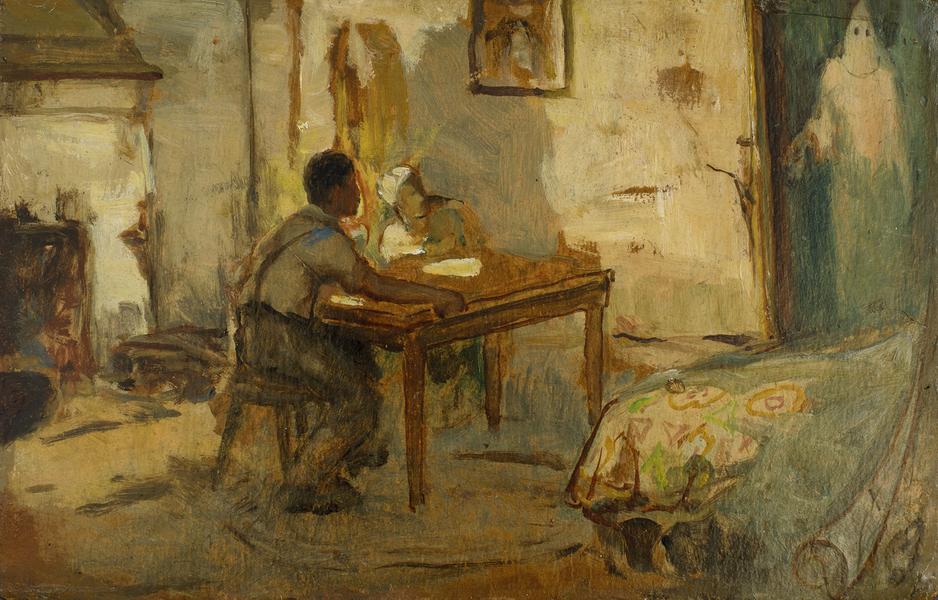 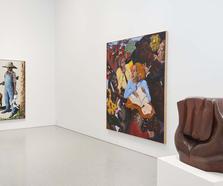 William Edouard Scott was raised in Indianapolis, Indiana, where he demonstrated an early aptitude for art. In 1904, he moved to Chicago to attend the School of the Art Institute (1904-1909). While a student there, Scott was commissioned to complete several murals in local schools; they are the earliest public works depicting African American subjects. In 1909, Scott traveled to France, where he studied with Henry Ossawa Tanner. While abroad, he painted realistic images of Paris and the French countryside that reflected his academic training and the influence of Tanner. Scott sought to reinterpret Tanner’s dramatic use of light, his palette, and his expressive technique. When he returned to Chicago, Scott sold his Paris paintings and was able to fund a second trip to Europe, during which he studied at the Académie Julien and the Académie Colarossi in Paris. He returned to the United States in 1914 and devoted himself to documenting the life experiences of black people, traveling and sketching throughout the rural south. During World War I, Scott went back to France and sketched images of African American soldiers. Both sets of

drawings appeared on covers of The Crisis. In 1931, Scott was awarded a Julius Rosenwald Fellowship to study and paint in Haiti, where he adopted a more expressive style and brighter palette. He created over a hundred works during his thirteen months in Haiti and exhibited them in a Port-au-Prince show promoted by the Haitian government. The exhibition was an enormous success, and the president of Haiti purchased twelve works. When he returned to the U.S., Scott painted for the Federal Art Project, creating public murals for the 1933 Chicago Worlds Fair. In 1943, he was the only black artist chosen to create a mural for the Recorder of Deeds Building in Washington, D.C. By the end of his life, Scott had created over seventy-five murals celebrating black history and culture. In 2007, the Indiana State Museum organized the traveling retrospective Our Own Artist: Paintings by Indiana’s William Edouard Scott, 1884-1964.