Skip to content
Back to top Back to Exhibitions«
Nancy Grossman: A Birthday Celebration! 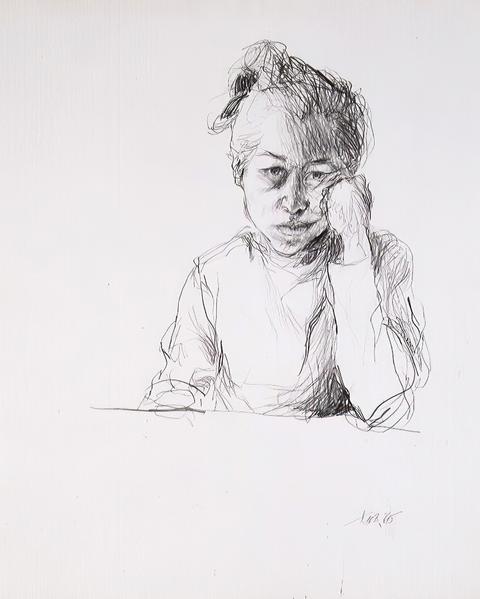 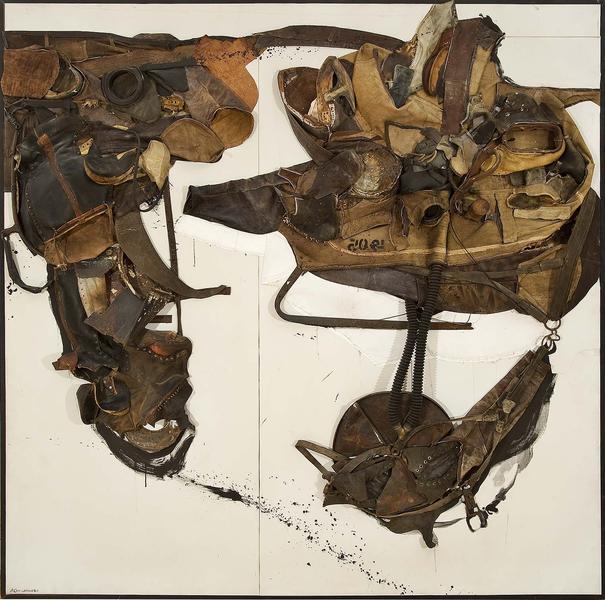 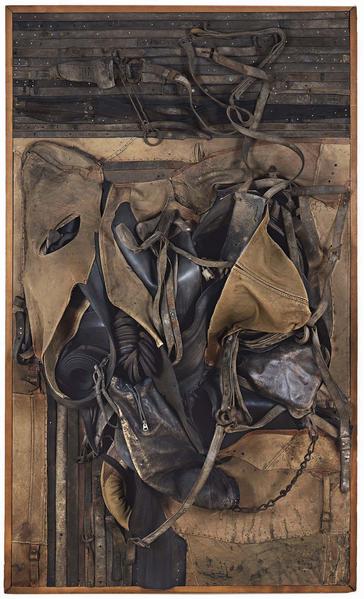 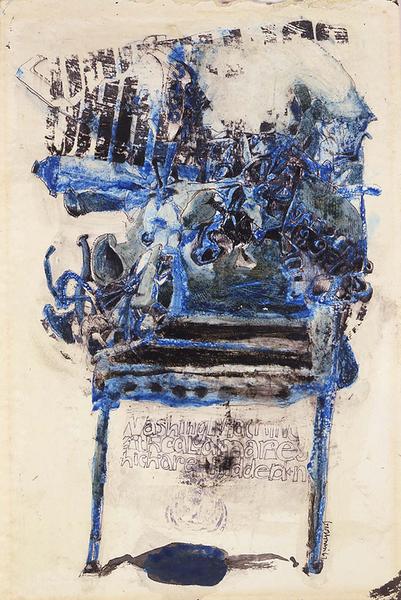 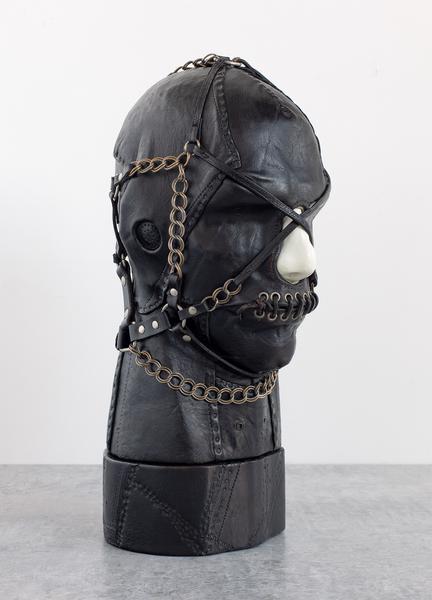 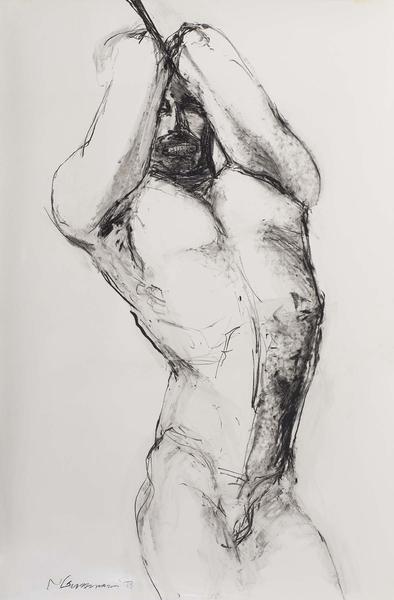 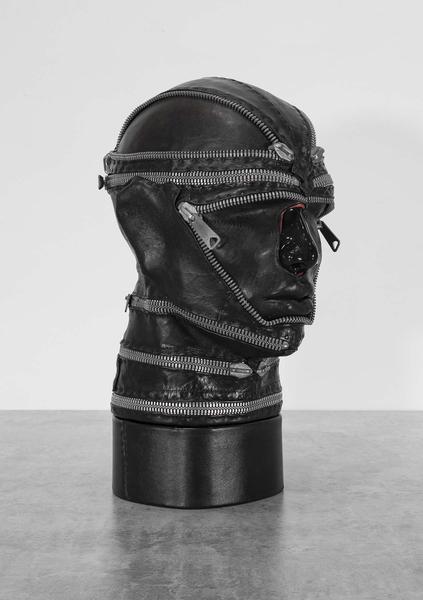 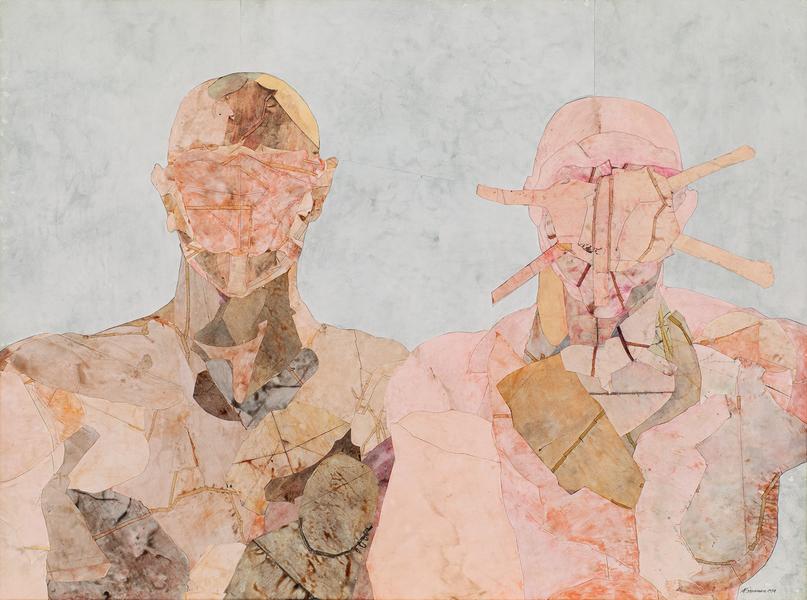 collage of various papers and tape with watercolor on board 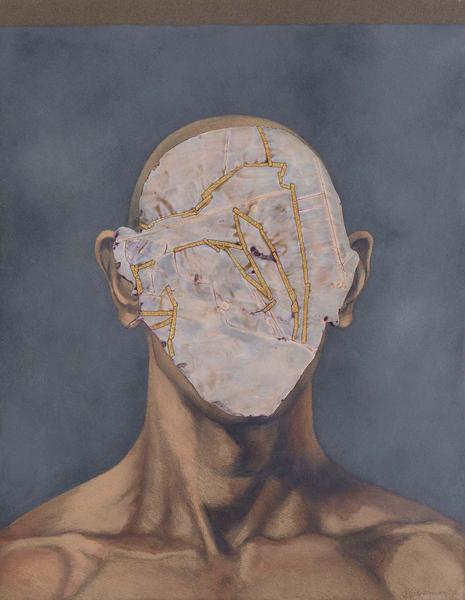 collage of dyed paper, tape, watercolor and pastel on paper 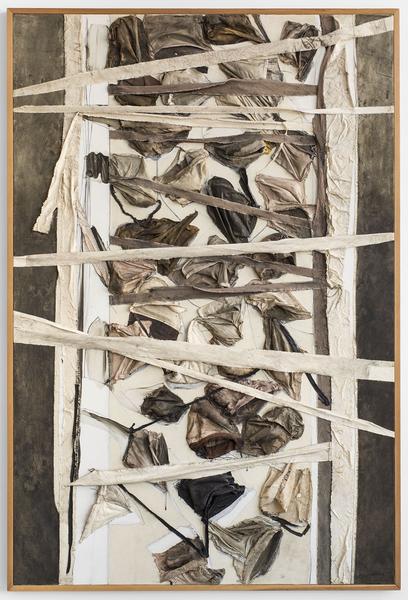 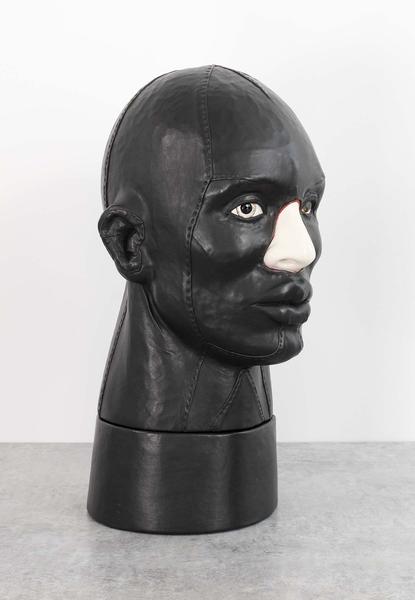 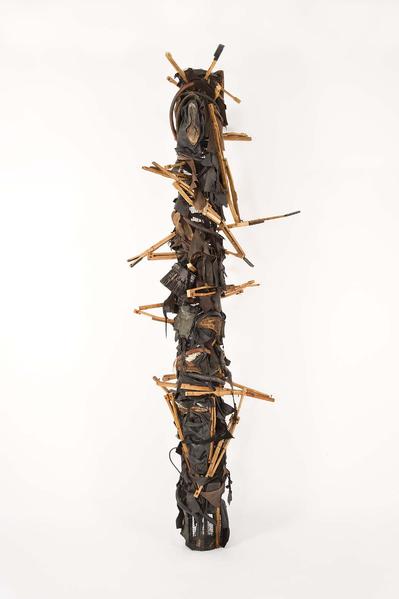 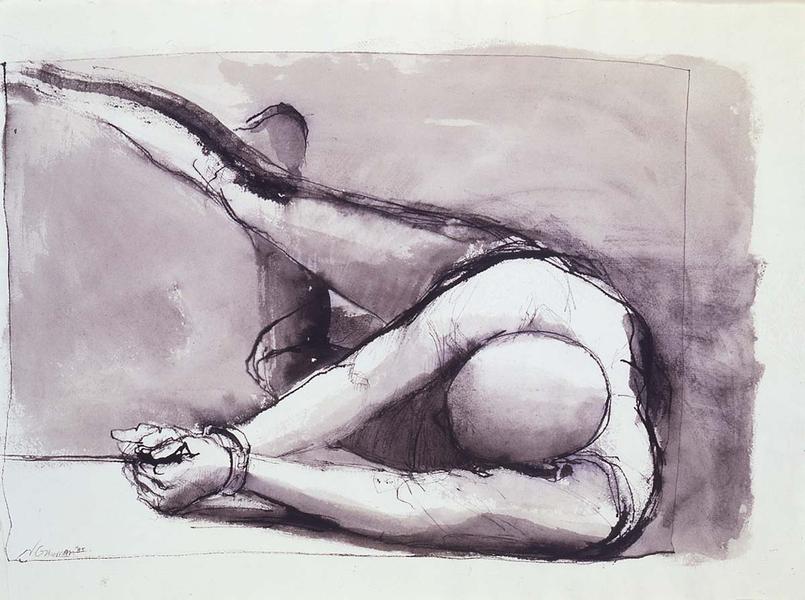 ink and wash on paper 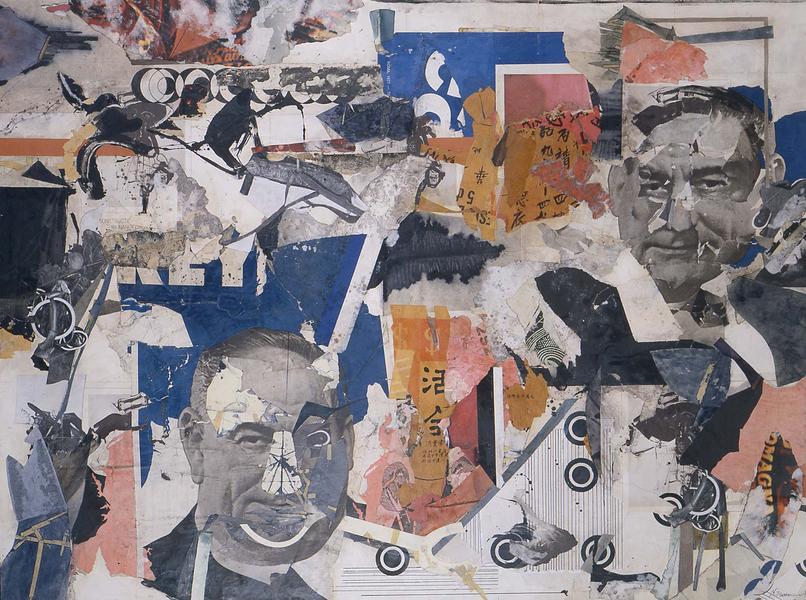 collage with paint on Masonite

bronze with patina and copper wire 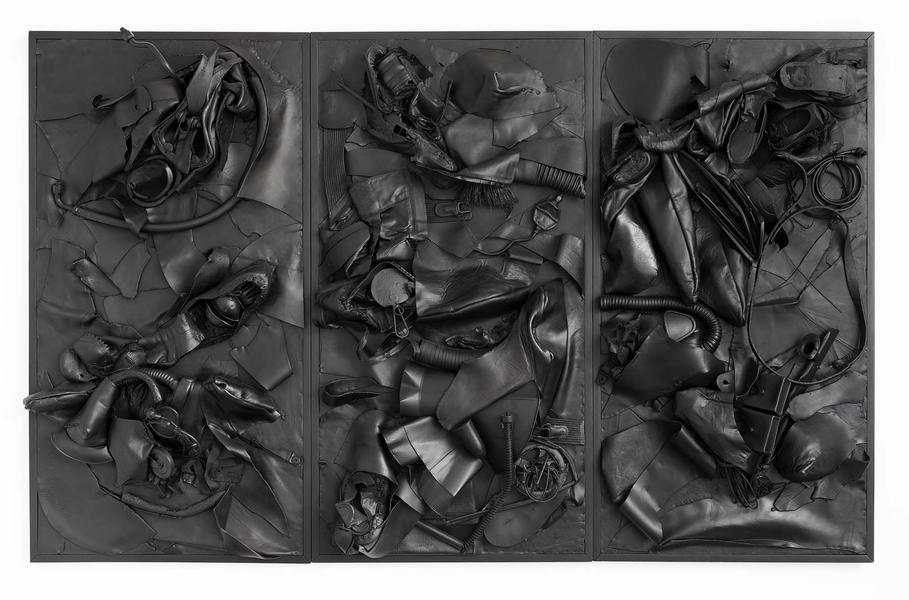 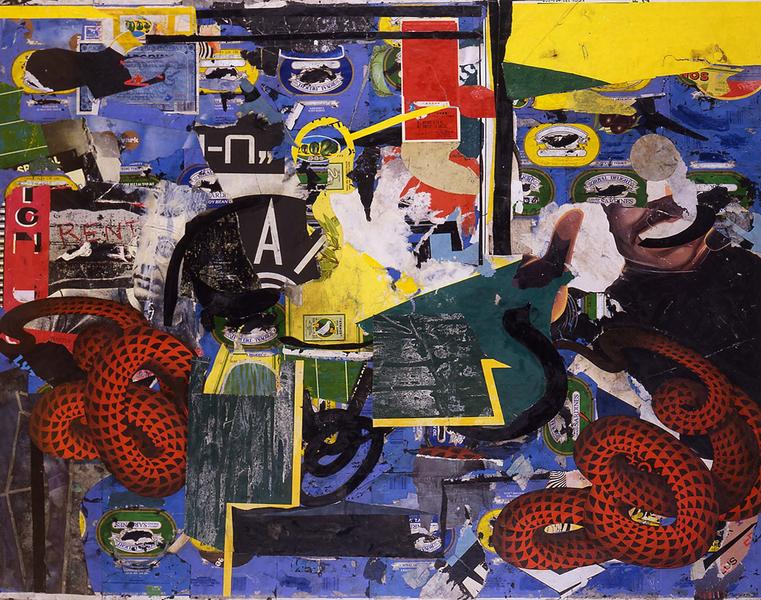 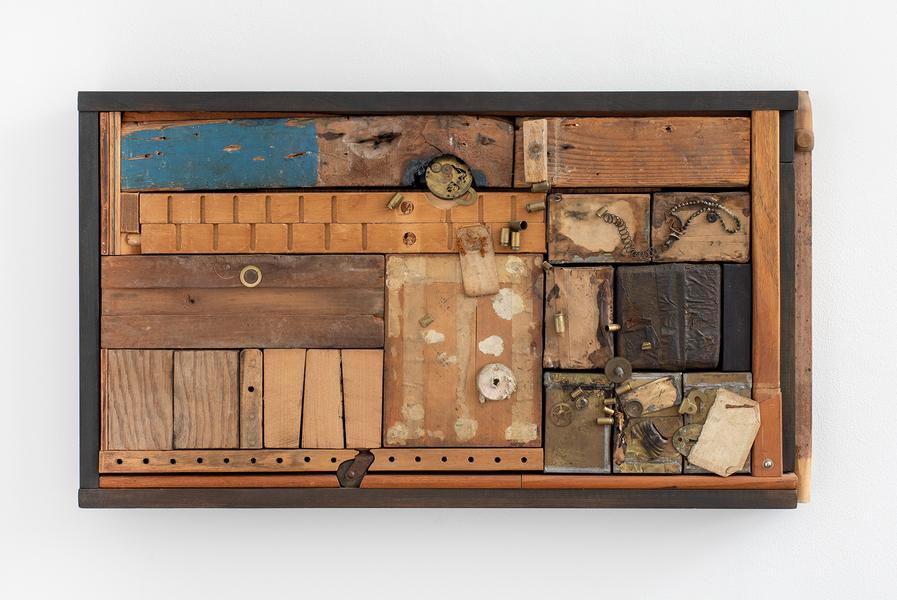 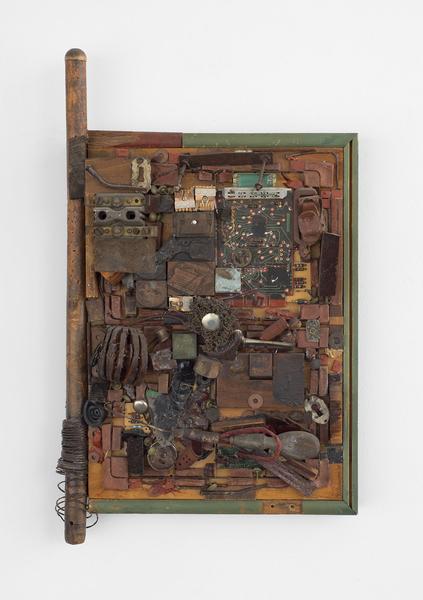 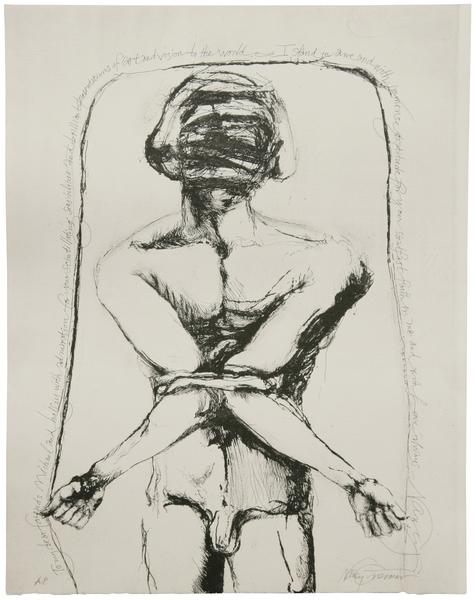 “You can define my work conceptual, as you can call it sensual. I like to think there’s less to read and more to touch, less to say and more to feel…no, I can’t say that, it’s too poetical. Sculpture strikes me as being deaf and dumb. It’s a necessity, more than anything else, a way to escape from all the rules with which you were brought up.”
—Nancy Grossman, in an interview with Stefano Pasquini, NY Arts Magazine, December 2000

Michael Rosenfeld Gallery celebrates the 80th birthday of the incomparable Nancy Grossman, a master of sculpture, drawing and collage known for her audacious use of materials to create striking works inspired by the human condition. On the occasion of this milestone, we recall our rich history with the artist—the gallery has exclusively represented Grossman since 1997—and we present a selection of works from every decade of her remarkable career. Here, we spotlight a sampling of works for which she is known, from her seminal abstract relief assemblages and her pioneering sculptural heads to dynamic collages and haunting drawings.

Michael Rosenfeld Gallery has consistently shown Grossman’s work, presenting to-date five solo exhibitions. In 2000, the gallery mounted Nancy Grossman: Loud Whispers, Four Decades of Assemblage, Collage, and Sculpture (2000) which was accompanied by a fully illustrated catalogue with new scholarship by Lowery Stokes Sims; this exhibition traveled to the Greenville County Museum of Art (SC) and Savannah College of Art and Design (GA). Between 2007 to 2016, three focused exhibitions were organized and they include, Nancy Grossman: Drawings (2007); Nancy Grossman: Combustion Scapes (2011); and a spotlight solo presentation at Frieze Masters in London (2016) titled Nancy Grossman: The 1960s. In 2014, Michael Rosenfeld Gallery presented its fifth solo exhibition for the artist—Nancy Grossman: The Edge of Always, Constructions from the 1960s—which was awarded Best Show in a Commercial Space in New York by the International Art Critics Association of America. Additionally, the gallery has included Grossman’s work in over fifteen landmark group exhibitions, including Collage: Made in America (1995); Fiber and Form: The Woman’s Legacy (1996); True Grit (2000); METAL: American Sculpture, 1945-1970 (2016); and Art of Defiance: Radical Materials (2019). She is currently featured in the gallery’s exhibition Paper Power.

Born in New York City in 1940, Grossman attended Pratt Institute, earning her BFA degree in 1962 and, in 1965, she received a fellowship from the John Simon Guggenheim Foundation. At this time, Grossman began creating her famous sculptures of heads, which she carefully carved in found wood, overlaid with leather, and then adorned with zippers, glass eyes, enamel noses, spikes and straps. Along with her related collages and drawings, these works contain the central aspects of Grossman’s art: an embrace of gender ambiguity, an interest in formal contradiction and conflict, and a rich sensuality. Throughout her impressive career, Grossman has received a steady flow of accolades, including a National Endowment for the Arts Fellowship (1984), a National Academician Award from the National Academy Museum (1994), a Joan Mitchell Foundation Grant (1996-97), a Pollock-Krasner Foundation Grant (2001), and a Women’s Caucus for Art Lifetime Achievement Award (2008). In 2012, the Tang Museum at Skidmore College presented Nancy Grossman: Tough Life Diary, a five-decade survey accompanied by a published comprehensive monograph.

In recent years, Grossman has been featured in various major exhibitions, including Delirious: Art at the Limits of Reason, 1950-1980 (2017) and Like Life: Sculpture, Color, and the Body (2018) at The Met Breuer of The Metropolitan Museum of Art, New York; and Art After Stonewall, 1969 to 1989, organized by the Grey Art Gallery of New York University (2019). Her work is represented in the permanent collections of museums worldwide including the Art Institute of Chicago (IL); Hirshhorn Museum and Sculpture Garden, Smithsonian Institution (Washington, DC); Israel Museum (Jerusalem); The Menil Collection (Houston, TX); The Metropolitan Museum of Art; Museum of Modern Art (New York, NY); Nasher Sculpture Center (Dallas, TX); Smithsonian American Art Museum (Washington, DC); and the Whitney Museum of American Art (New York, NY). Grossman continues to live and work in Brooklyn, NY.