Skip to content
Back to top Back to Exhibitions«
Nancy Grossman: The Edge of Always,
Constructions from the 1960s 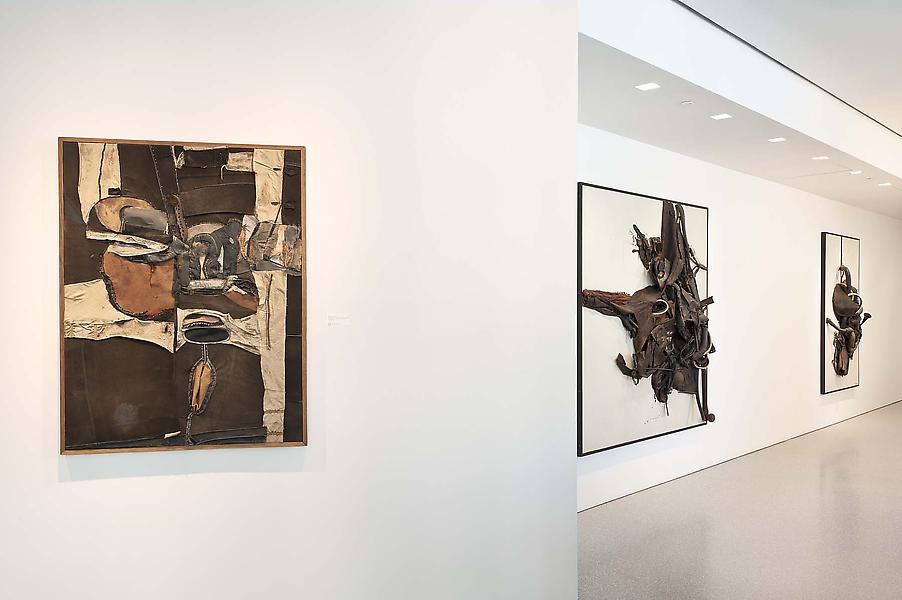 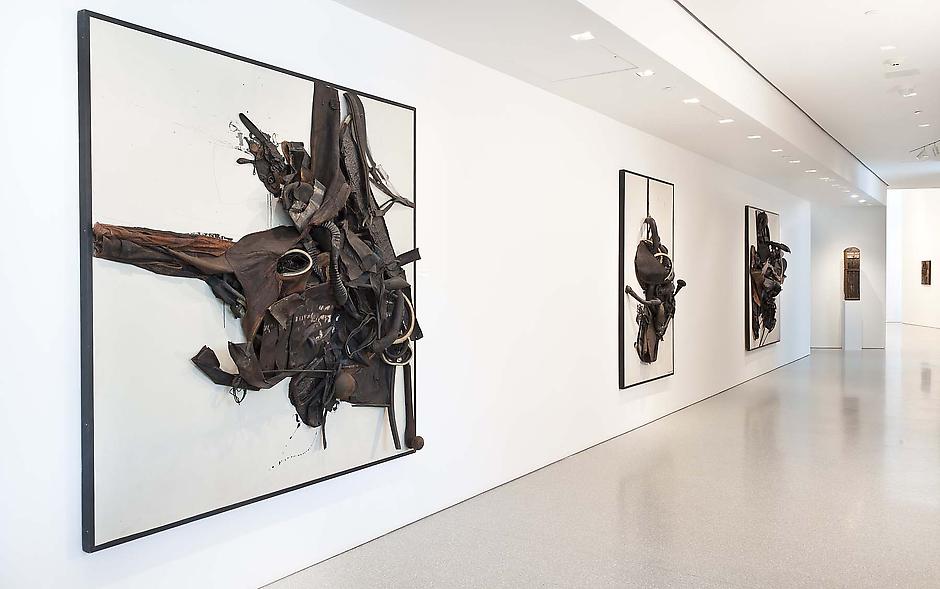 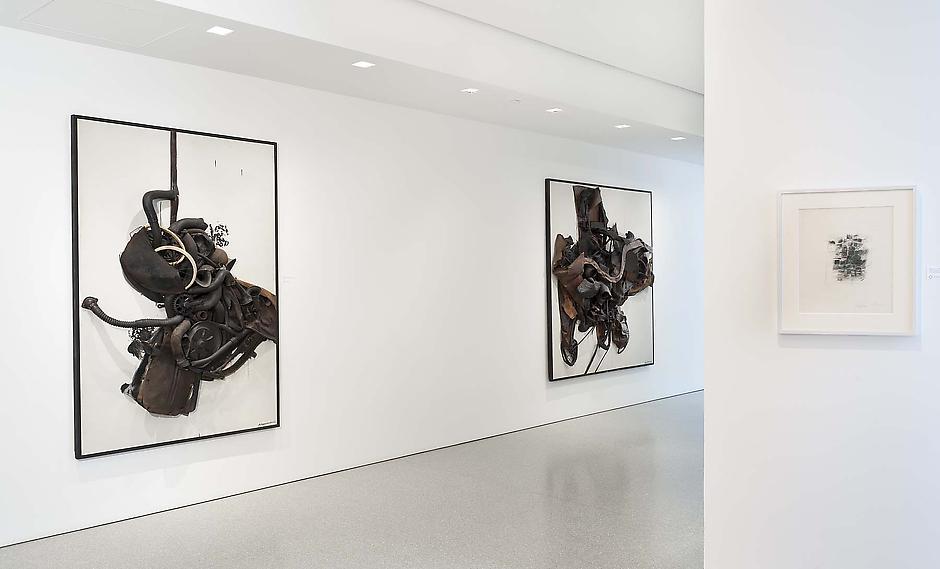 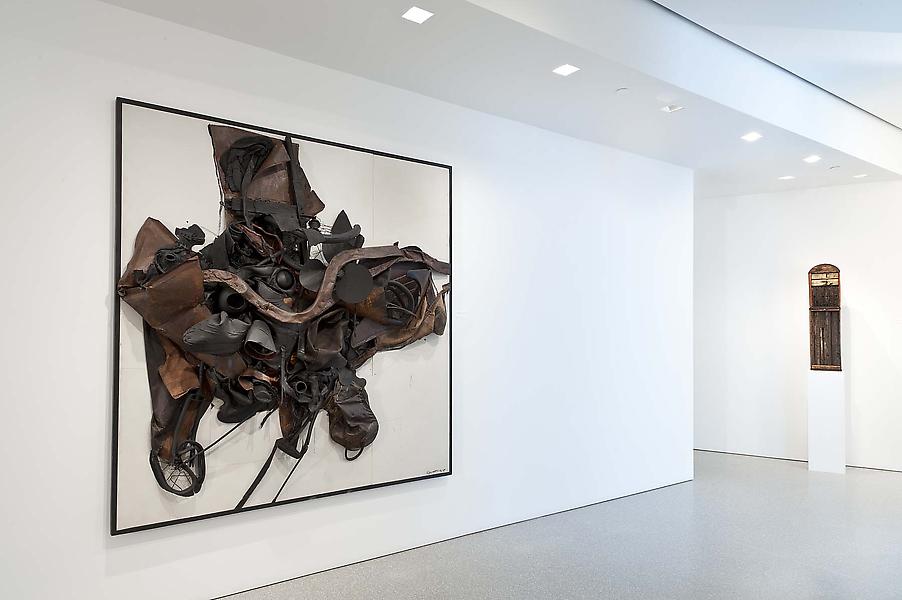 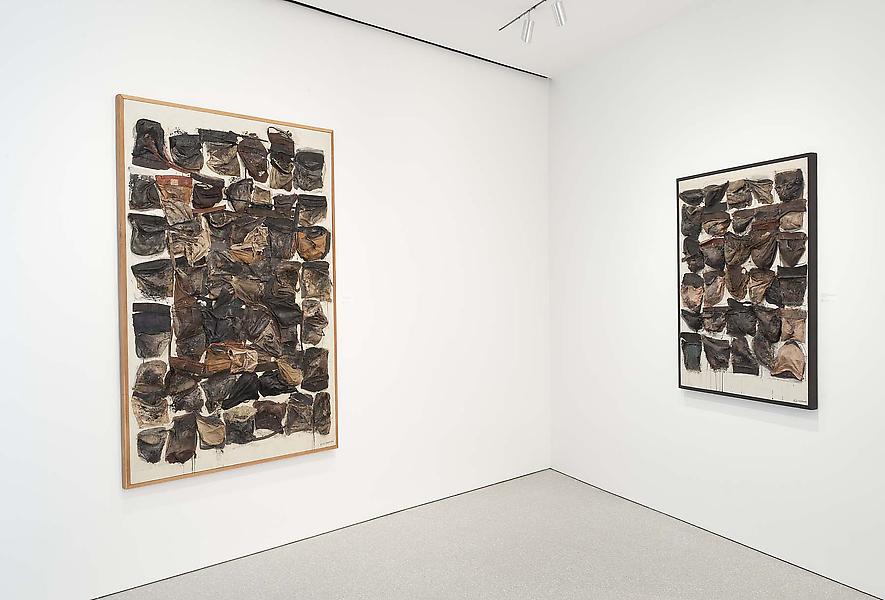 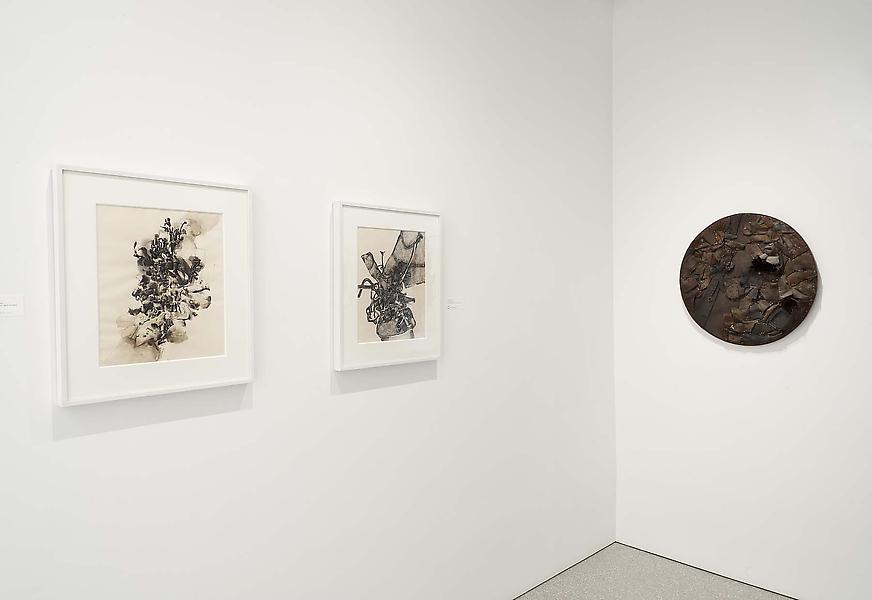 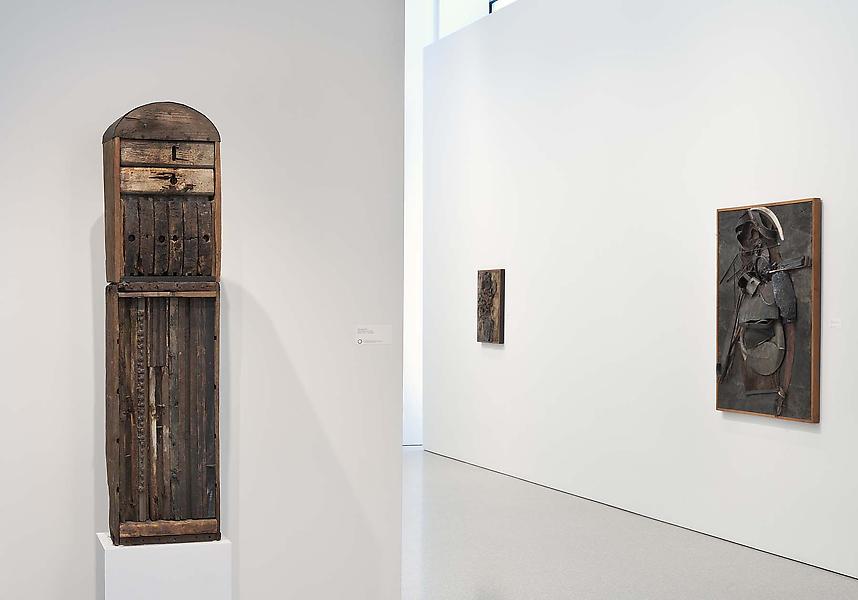 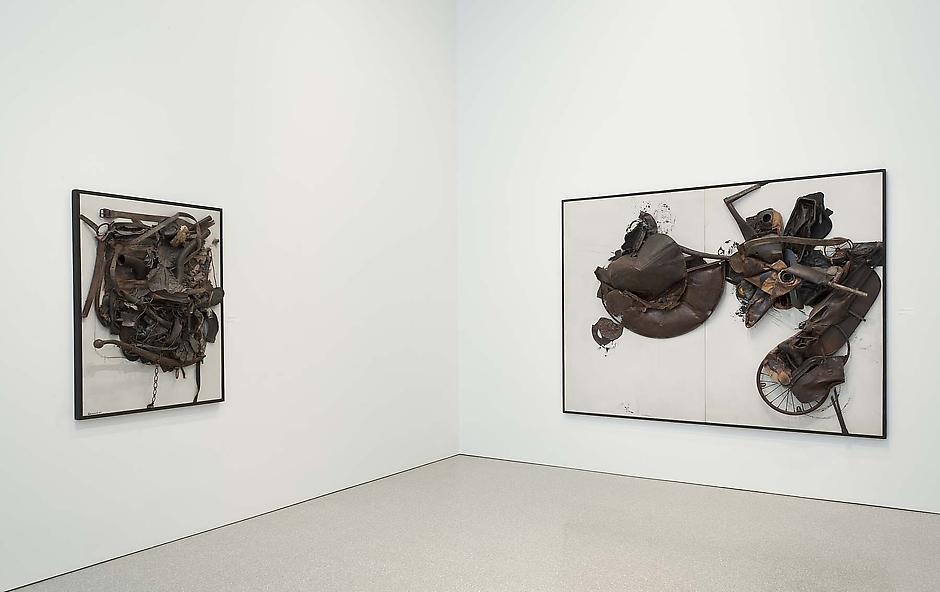 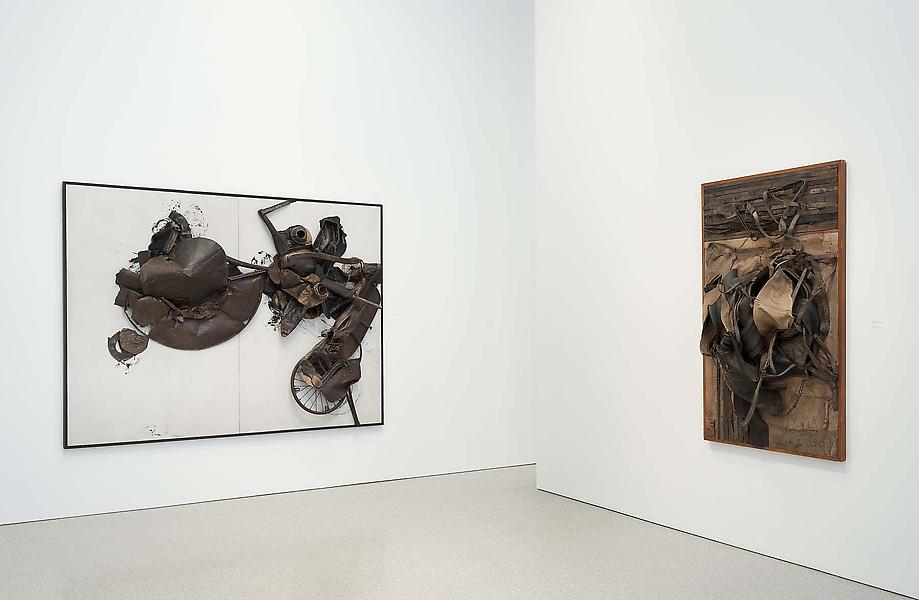 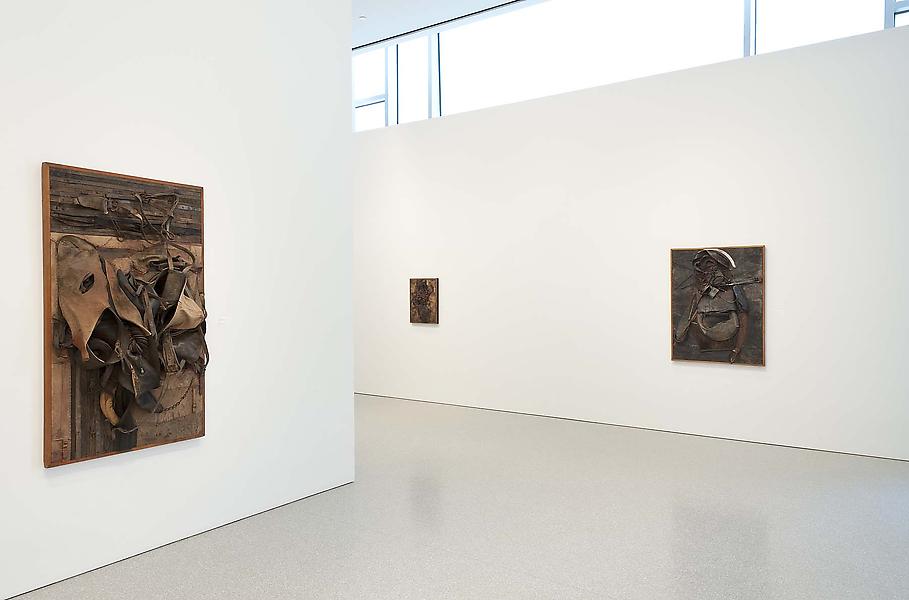 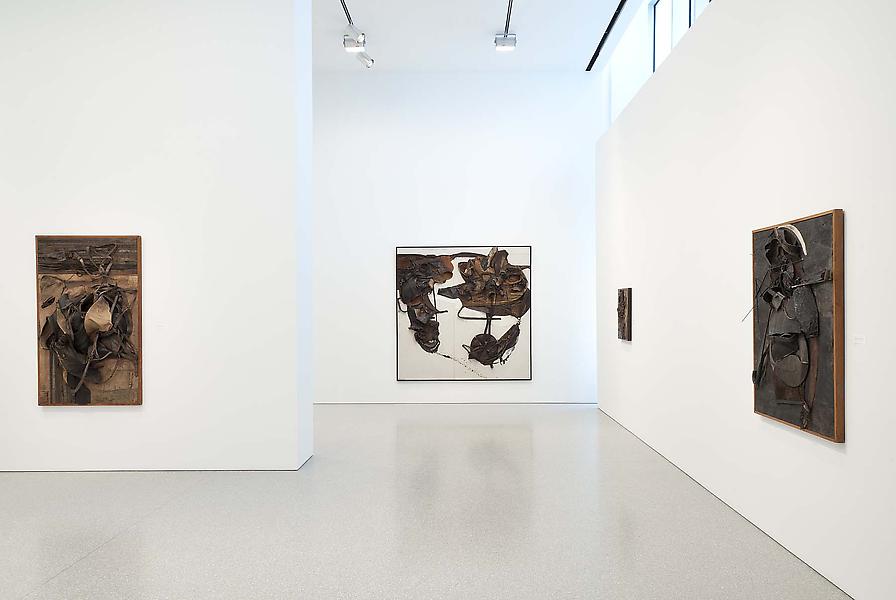 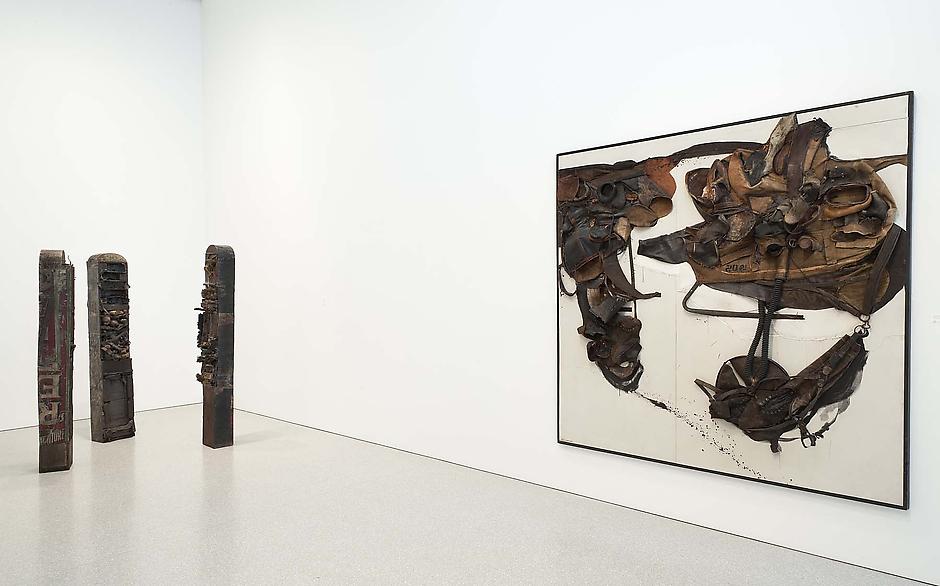 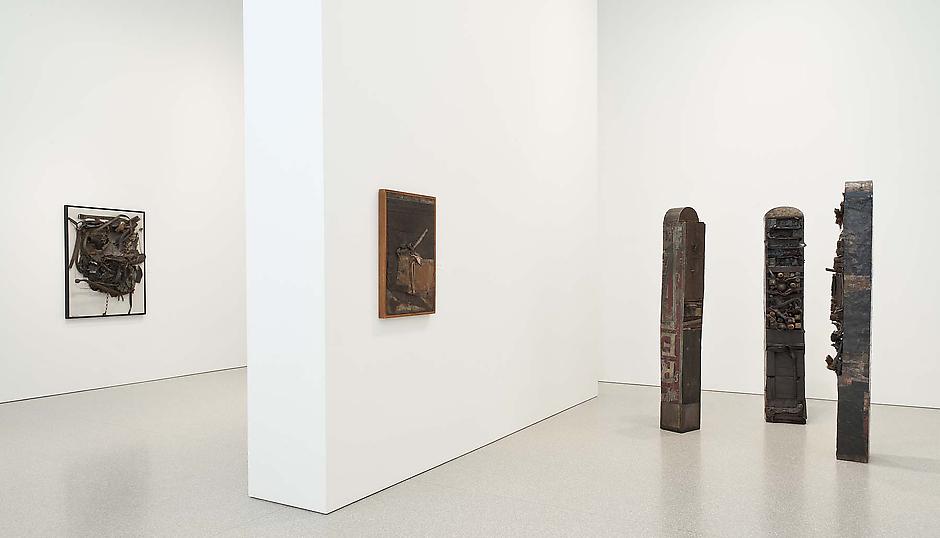 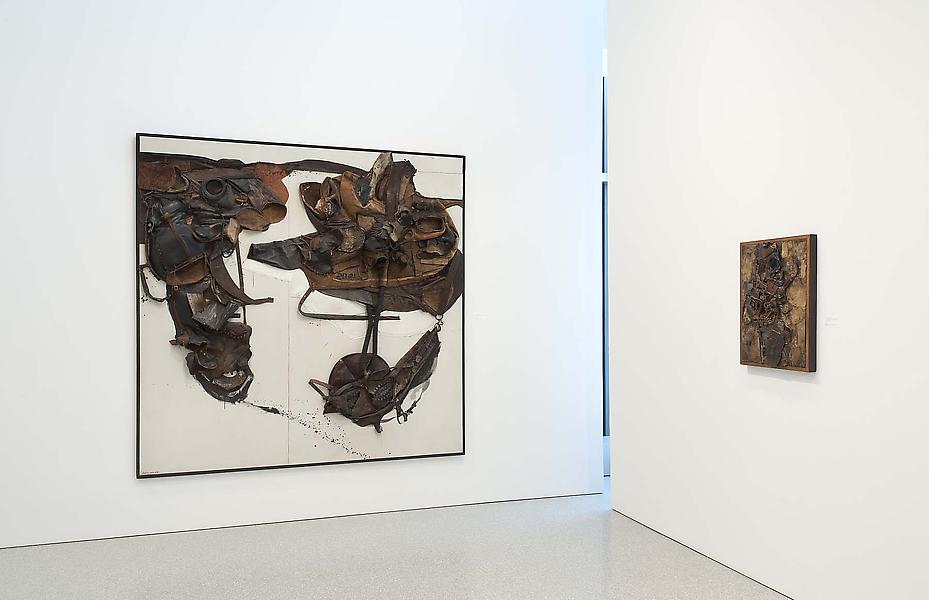 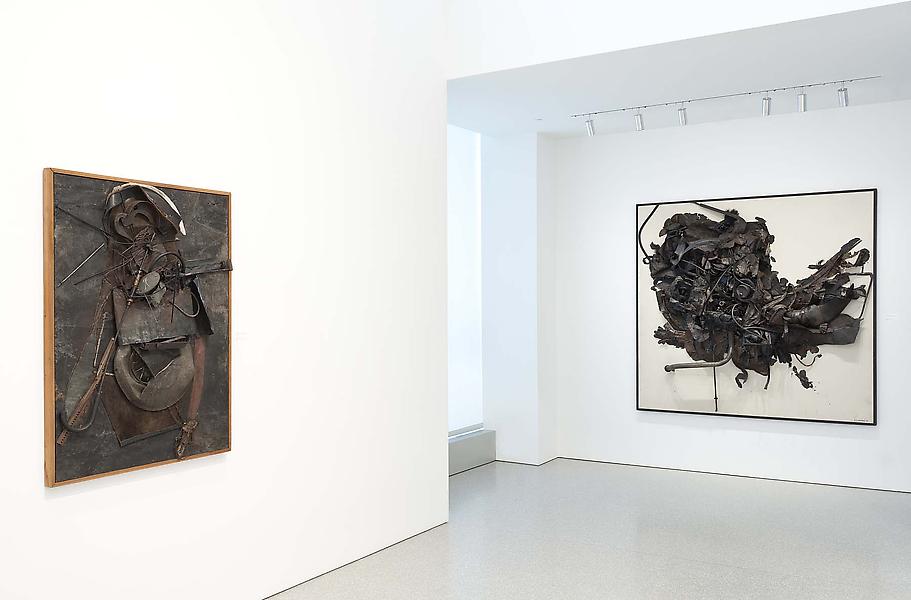 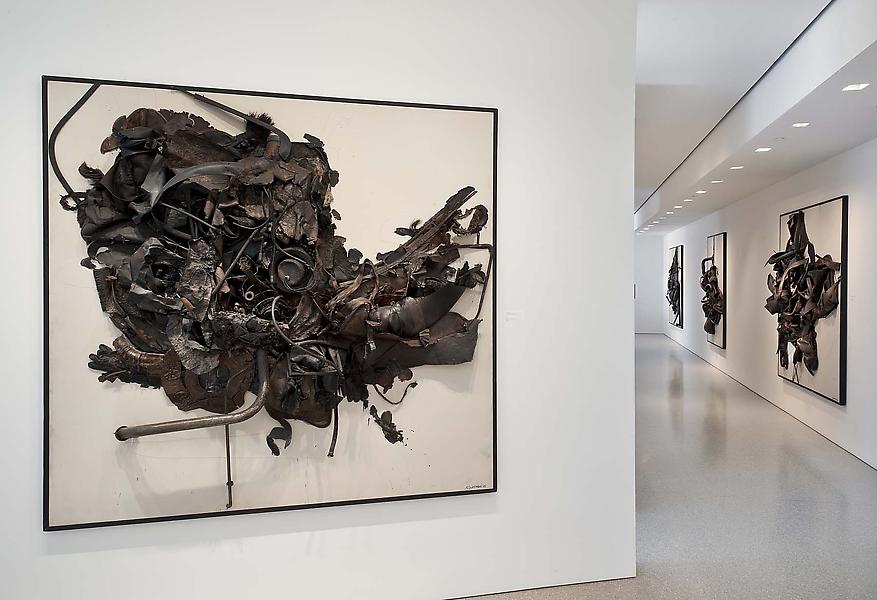 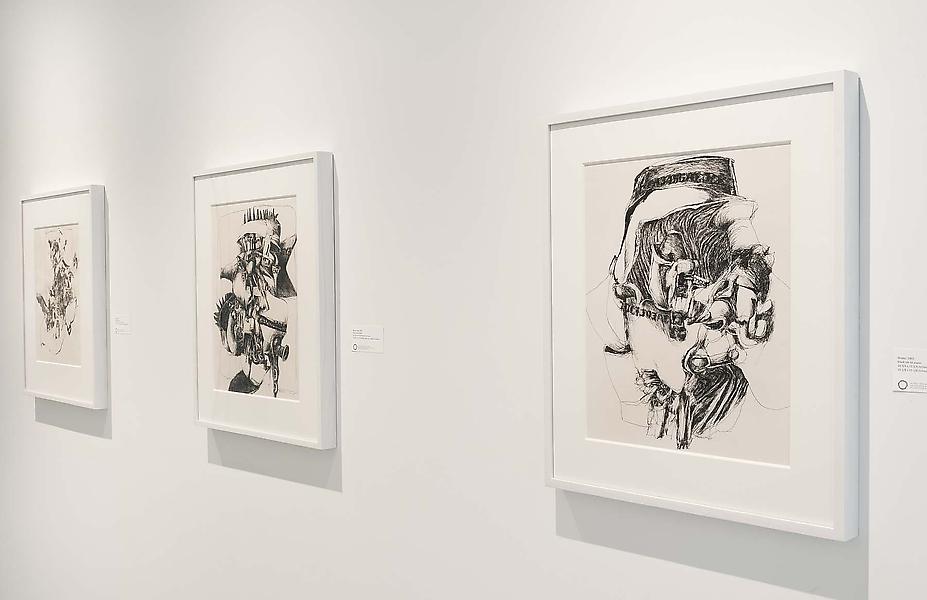 BEST SHOW IN A COMMERCIAL SPACE IN NEW YORK 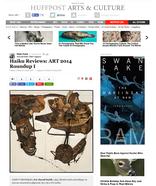 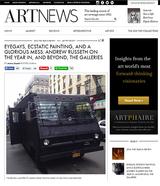 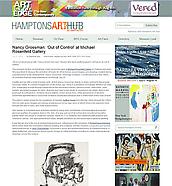 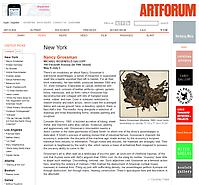 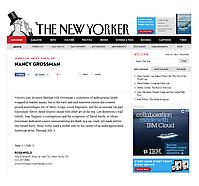 Goings on About Town: Art 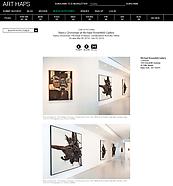 [In 1960] I underwent an internal revolution. I no longer felt that I had to please. . .but knew that I could express myself. I did that through human figures. They were falling from the sky as if falling from grace. . .or were suspended in fetal positions. I also fell—out of my harness of familial expectations. . .I fell out of the bondage of being the oldest child with so much responsibility. . .In between the womb and tomb was fierce strife and anxiety. Any figure not in the fetal position or buried was striving.
—Nancy Grossman

(New York—May 6, 2014) Michael Rosenfeld Gallery is pleased to present Nancy Grossman: The Edge of Always, Constructions from the 1960s, an exhibition of nearly forty assemblages and drawings from the 1960s, including her monumental work For David Smith (1965), created from saddles and harnesses the sculptor had given Grossman shortly before his untimely death. The gallery has been representing Grossman exclusively since 1997, and this is the fourth exhibition dedicated entirely to her work. An opening reception with Nancy Grossman in attendance will be held on May 9, from 5:00 to 7:00 PM.

The exhibition, which takes its title from a 1964 wall construction (included in the show), focuses on a body of sculptural work and related drawings that Grossman created between 1964 and 1967. These were pivotal years for her development as an artist, during which she began to translate works on paper into three-dimensional form, working quickly and without studies, as if she were sketching with leather and metal. They were also dynamic and tumultuous years politically, and Grossman has described these works as “lyrical dances to war’s aggression,” possibly alluding to the escalation of violence in Southeast Asia and the bellicose rhetoric of the Cold War as well as the combative responses of the powers that be to demonstrations for social justice.

The juxtaposition evoked in Grossman’s description of the expressive lyrical dance with the obliterating aggression of violence is an apt one for these powerful works pulsating with emotive energy. Made from scrap metal and leather from discarded clothing and other objects, these constructions have a strong, assertive presence. In their former incarnations as saddles, boots, biker jackets, and travel cases, they suggest aggressive movement through space, while the contorted, convoluted, multi-layered shapes Grossman crafts out of these masculine products float across their wooden supports and leap out from their backgrounds.

The expressive quality of Grossman’s 1960s constructions stem from her confident handling of the material in ways that allow the ghost lives of leather to come to the foreground. Her art evokes bodies not only in the forms she creates, but in the very material she uses to create them. She sees herself recombining elements to create “machine-animal hybrids,” and the works acquire the weight of multiple animal bodies as Grossman creates human-like forms out of clothing and objects that were themselves made from the bodies of animals.

Grossman’s 1960s assemblages occupy the gray zones between binaries—male and female, human and animal, drawing and assemblage. In the catalogue for her 2012 retrospective at the Tang Museum (Skidmore College), art historian David Getsy explains, “Taken as a whole, the relief assemblages from 1965 to 1967 exhibit a mounting tension between their ostensible abstraction and their increasingly recalcitrant figuration.” Noting the meticulousness with which Grossman unstitched the leather items she transformed into hybrid forms, he adds, “These works, like all the relief assemblages, were about tearing apart before they were about putting it together.” Like the gestural painting of abstract expressionism, Grossman’s art retains traces of the artist’s presence, the processes by which she created it. Given the centrality of sewing to her childhood, this dis-assemblage and re-assemblage of materials also imparts autobiographical elements to her work.

Born in New York City in 1940 to parents who worked in the garment industry, Nancy Grossman grew up on a working farm in Oneonta, New York with “an extended family of eight adults and sixteen children.” Grossman finished high school early and in 1956 won a New York State Regents Scholarship to attend the Pratt Institute. She earned her BFA in 1962, and by 1965, she had already received awards, including a Guggenheim fellowship. It was not only Grossman’s breadth of materials but also her skill and expression that captivated. In 1970, writing a group exhibition review that focused almost exclusively on three drawings by Grossman, New York Times art critic John Canaday praised her ability to combine “precise linear representational technique with intense expressive force, a combination that has been rare since the Renaissance.” Despite Grossman’s early and steady notoriety, audiences failed to grasp the astonishing scope of her work until a retrospective organized by the Hillwood Art Museum in 1991 revealed the extensive variety of her abilities and interests. Recently, her work has been shown in major museum exhibitions; in the summer of 2011, PS1-MoMA presented a solo exhibition of her sculptural heads. The following year, the Tang Museum at Skidmore College presented Nancy Grossman: Tough Life Diary, a five-decade survey. Throughout her impressive career, Grossman has received a steady flow of accolades, including a National Endowment for the Arts Fellowship (1984), a New York Foundation for the Arts Fellowship (1991), a Joan Mitchell Foundation Grant (1996-97), and a Pollock-Krasner Foundation Grant (2001), and her work is represented in the permanent collections of museums worldwide.