Skip to content
Back to top Back to Exhibitions«
Hannelore Baron: Collages 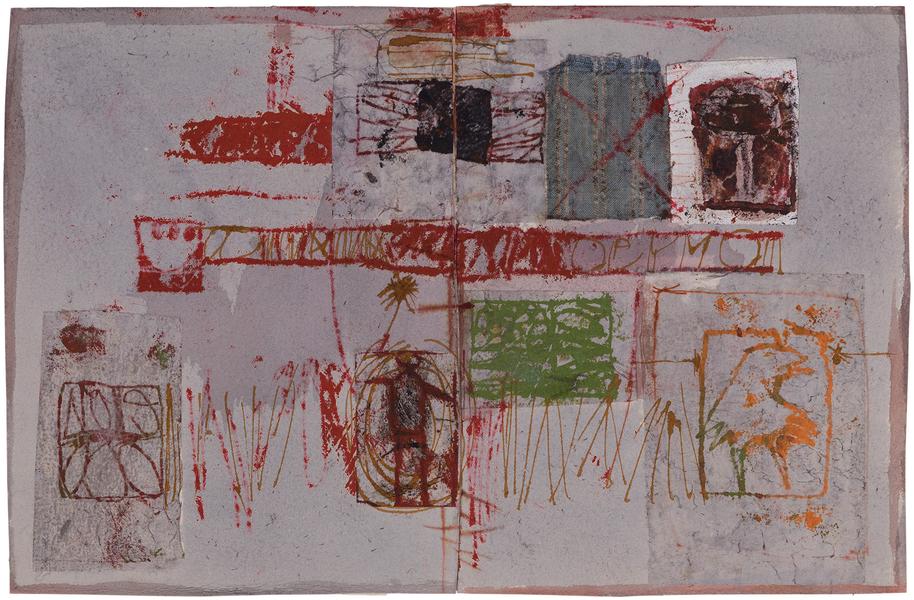 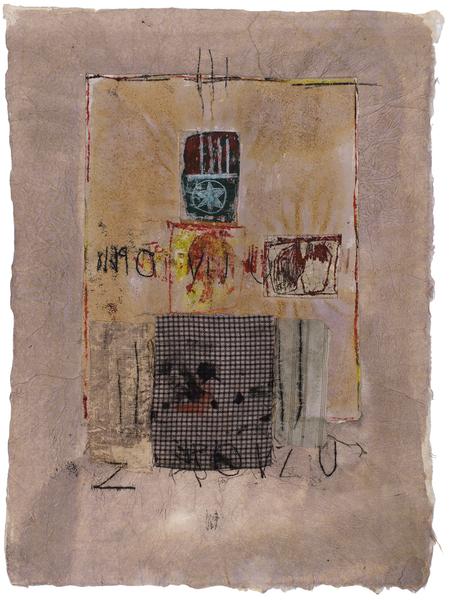 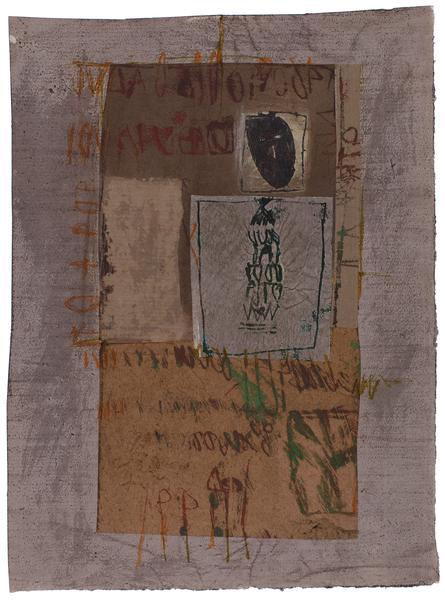 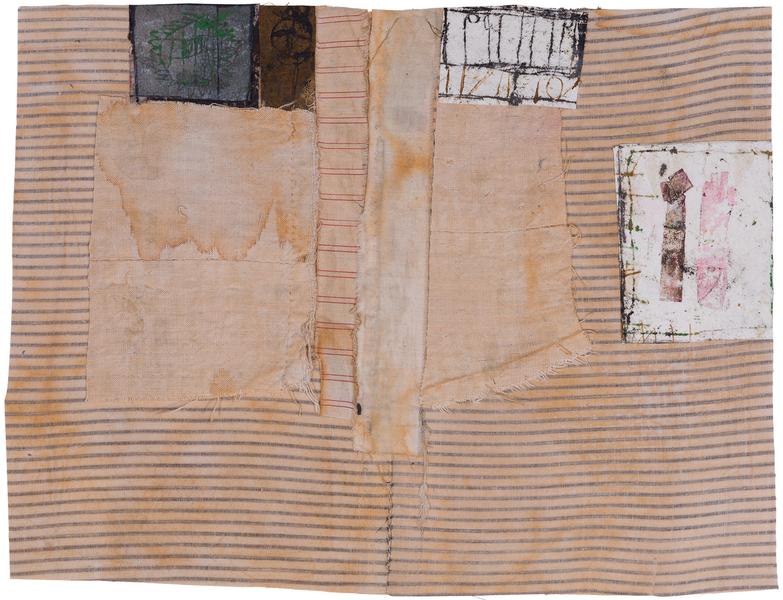 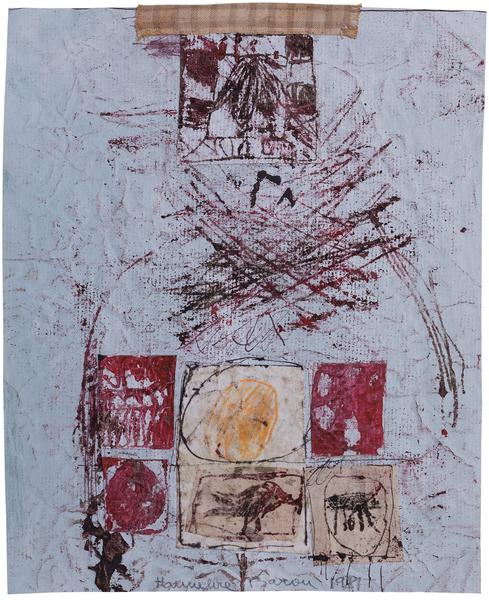 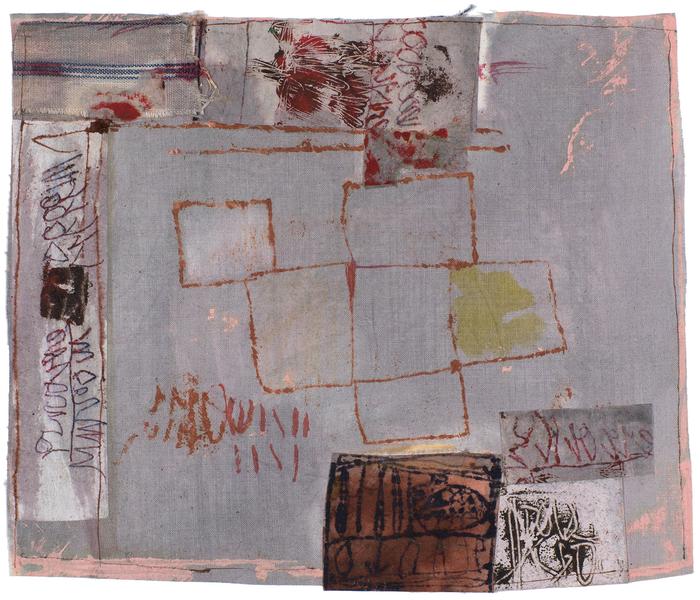 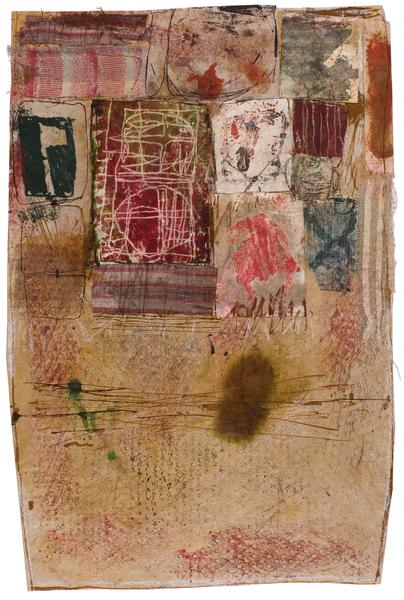 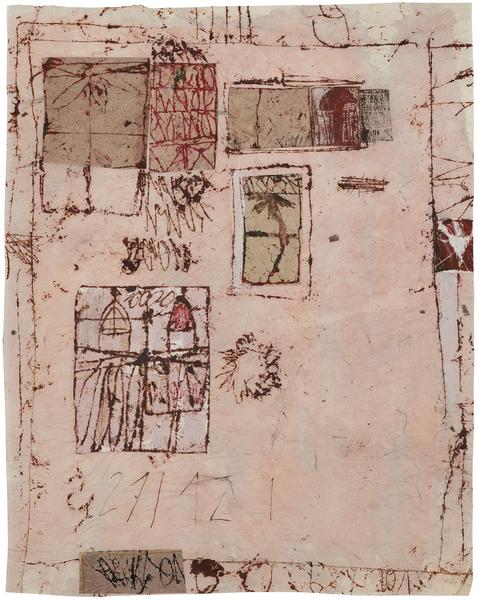 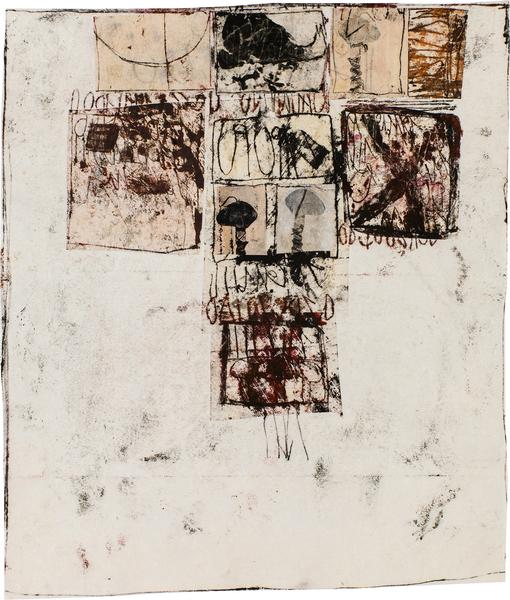 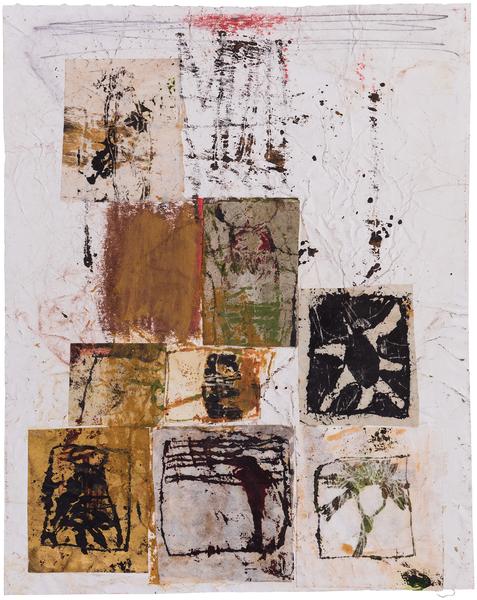 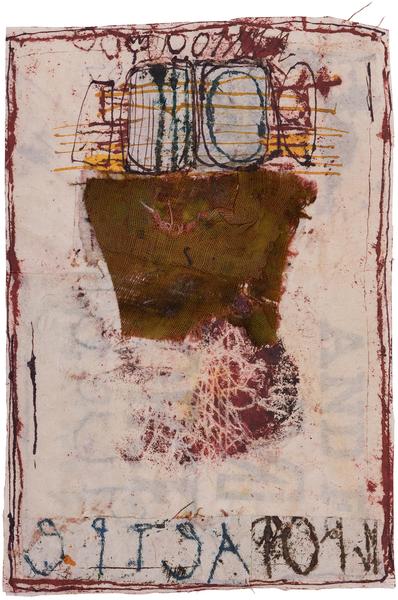 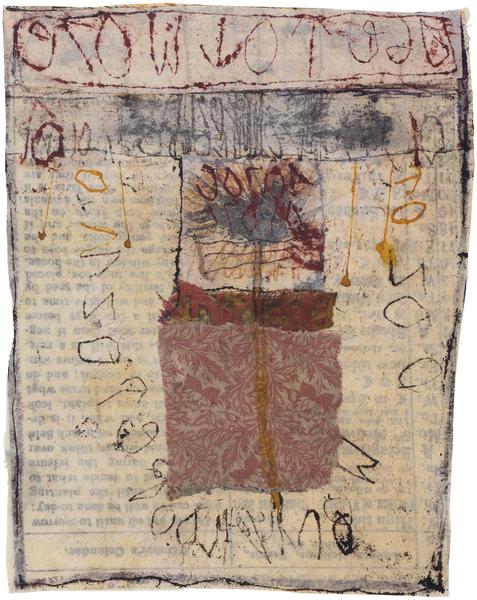 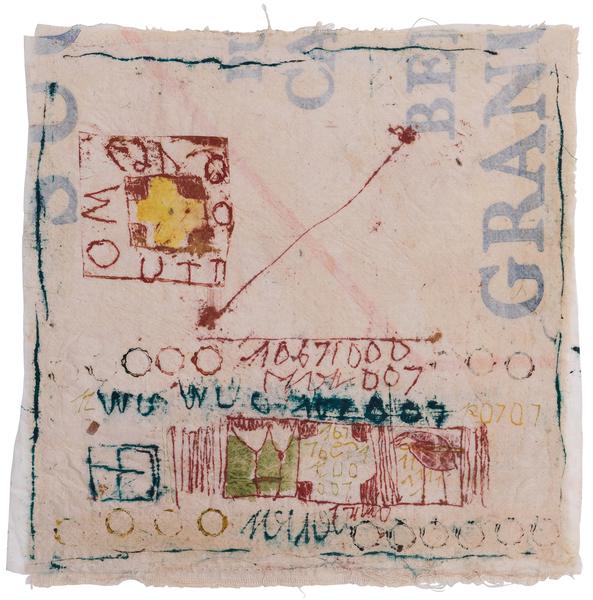 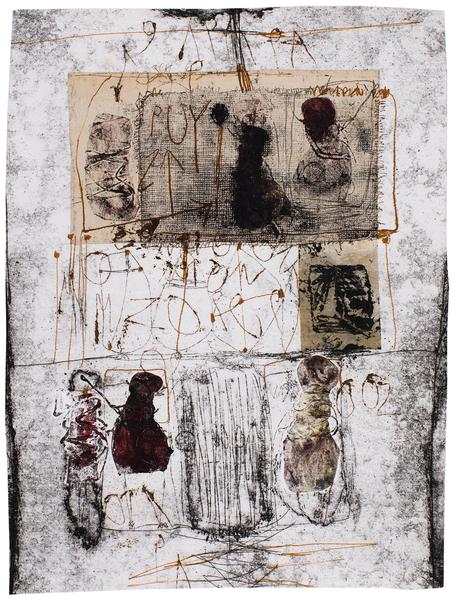 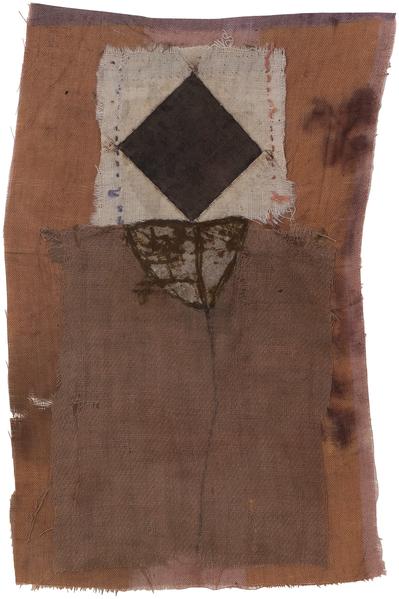 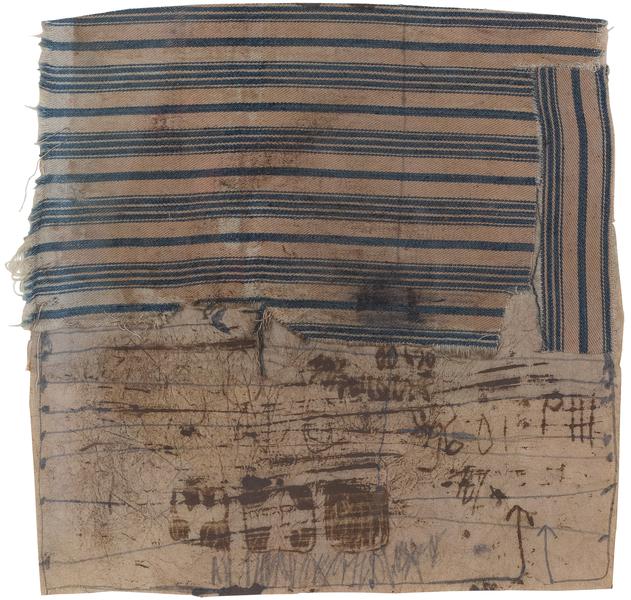 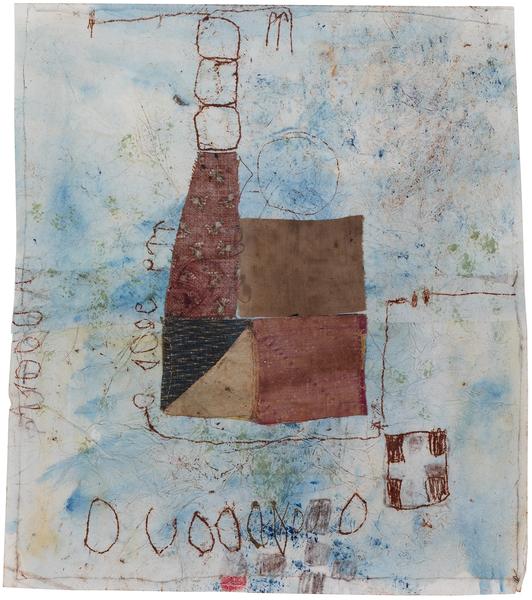 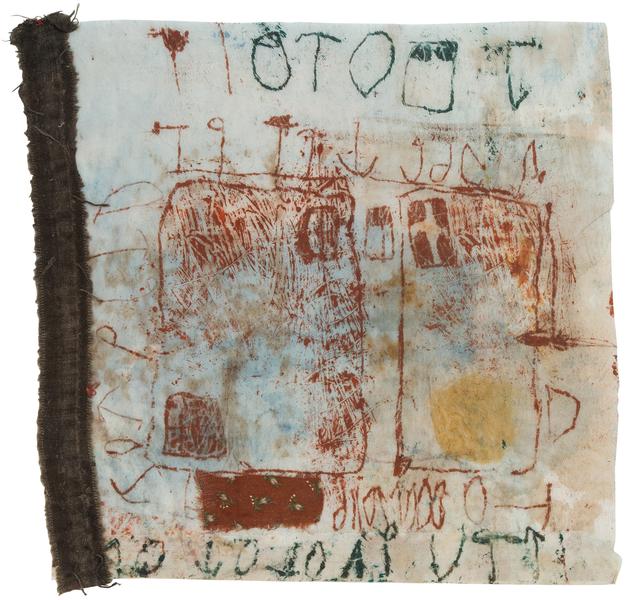 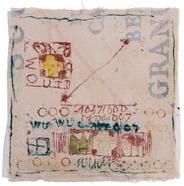 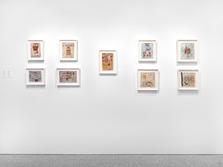 “Everything I’ve done is a statement on the, as they say, human condition, and so on.  The way other people marched to Washington, or set themselves on fire, or write protest letters, or go to assassinate someone, well I’ve had all the same feelings that these people have had about various things and my way out, because of my inability to do anything else for various reasons, has been to make the protest through my artwork hoping that it will reach the same ends.  And it probably will have the same effect which means nothing at all.

But it clears my conscience.  I feel that as long as I know all the things that have happened and are happening (which) I consider totally terrible, I feel that if I keep silent I am part of this terribleness and if I make a statement I’ve done my share.  And that’s why I’m doing them.” [1] —Hannelore Baron, 1981

Michael Rosenfeld Gallery is pleased to present Hannelore Baron: Collages, a solo exhibition dedicated to the collage work of Hannelore Baron (1926-1987). This exhibition, scheduled to be on view from January 16 to February 20, features twenty intimate and meticulously-composed collages from the 1980s. In her collage work that masterfully combines experimental printmaking techniques with found materials, Baron condensed a wide range of influences and an expansive concern for the human condition into intimately-scaled expressions of thought and feeling. She wrote of her work: “The thoughts and feelings that underlie the collages are those of concern with the social issues and problems of the century, as well as the precariousness of existence at any time.” [2]

Inspired by ancient art, texts and textiles, religious iconography, and the disciplines of anthropology and archeology, among other influences, Baron created an impressive and prolific body of work in collage. She was drawn to the medium, using a wide range of materials, because she enjoyed “the fact that there is the use of actual material that combines to form an image. It is not a painting showing torn cloth and paper, but the very cloth and paper itself.” She used carefully gathered collage materials to create her deeply personal compositions, drawn to the look and feel of used fabrics. She explained: “The reason I use old cloth…is that the new material lacks the sentiment of the old, and seems too dry and hard in an emotional sense.” She further expressed that “the collages are spotted, scribbled and torn, and made of paper and frayed cloth pieces that become ever more worn and precious in a process of recycling where eventually they form a new and complete expression.”

Baron felt that the deliberate use of found materials created a “spontaneous but preserved and cared-for work.” She also incorporated printmaking techniques, including monotypes made with cut-out forms inspired by prehistoric art, that appealed to her for their unpredictable results. Many of the collages feature embellishments of an almost archaic form of pictographic writing which Baron deliberately meant to be ambiguous: “it can represent all that was ever written or just be seen as scratches that mark the otherwise pristine surface of the paper to make it more acceptable to me.” As a commentary on the universal meaning of language, Baron further explained of this element in the collages: “The writing that covers much of the surface is deliberately illegible because it represents all the words that have been written to tell the unimaginable and explain the unexplainable. The writing also commemorates all that has passed and not been noted, though basically, in my opinion, none of it matters very much since all has remained more or less the same, despite the many meaningful words scattered all about is.”

Hannelore Baron: Collages is accompanied by a fully-illustrated online catalogue, featuring a 1981 interview conducted between Hannelore Baron and her son, Mark Baron. This interview is one of several discussions the two had together that illuminate key components of Baron’s practice in collage and assemblage. Reflecting on this interview experience with his mother, Mark Baron recently stated: “I recorded these interviews with my mother in 1981. Though casual as could be (with one recorded in my very noisy Volkswagen, on the way to a flea-market), I believed recording her thoughts, about her art and her life, was important. Honesty and openness were her norm. I’m happy that, after forty years, this interview is being published for the first time.”

About the Artist
Hannelore Baron (1926-1987) is celebrated for her intimate collages and assemblages that, as Michael Brenson wrote in a 1989 New York Times review, “suggest both the condition of entrapment and the possibility of release.”[3] The compassion, anger, dissent, humor, and silence that animate her work hint at her traumatic experiences as a child in Nazi Germany. However, she was often reluctant to discuss this part of her life out of concern that it would limit interpretations of her artwork. Influenced by ancient religious texts, Egyptian art, Coptic textiles, Persian miniatures, botanical prints, and archeological finds, Baron was concerned about the human condition, including her own — and she stated, “I am a total contradiction.” [4]

Baron was born Hannelore Alexander in 1926, in the small German town of Dillingen, not far from the French border. She experienced a childhood fractured by violence and displacement. In 1941, the United States consulate granted the Alexander family an emigration quota number, and they were able to make their way to New York. Shortly upon her arrival, Baron enrolled in the Straubenmuller Textile High School in Manhattan. Although she did not study art formally after high school, her acquaintance with John Heliker, who taught painting at Columbia University, enabled Baron to bring her artwork to him for regular critiques. In 1947, she met bookseller Herman Baron; they married in 1950 and had two children, Julie and Mark.

In the late 1950s, Baron started to incorporate collage elements into her painting, and her work was exhibited at various venues in New York. A member of the National Association of Women Artists, she began making assemblages from found wood, driftwood, and wire in 1968, when a volunteer teaching position at the Yonkers Jewish Community Center gave her access to woodworking tools. The following year, she had a solo exhibition at Ulster County Community College in Stone Ridge, New York, and she became the director of the short-lived Tyndall Creek Gallery in Riverdale. She continued to explore new ways of combining media in the 1970s; Baron developed a sculptural technique for making monotypes by shaping copper into cut-out forms (i.e. heads, figures, birds) and then inking both sides to result in mirror image printing. She also employed a “transfer drawing” technique that was popularized in the 1920s by Paul Klee. In Baron’s hands, “mixed-media” meant more than the convergence of a variety of materials and approaches in a given work. She had a singular capacity for drawing out the visual, textural, and conceptual continuities among her elements. In her work, a family resemblance is visible among wood and paper, paper and textile, wood and cloth.

Baron understood her art as a form of political expression, and this aspect became more explicit in the 1970s with several series that incorporated motifs of torn flags, war-time letters, children’s games, and anti-war protests. After several exhibitions at Kathryn Markel Gallery, Gallery Schlesinger-Boisanté (New York) organized its first solo exhibition for Baron in 1981 and, a year later, arranged an exhibition of her work in her childhood town of Dillingen. The gallery would go on to represent and consistently exhibit her work throughout the decade.

In 1987, Baron, who had battled several types of cancer in her lifetime, died at the age of 60. Her early experiences of terror and persecution had continued to torment her as an adult in the form of depression and claustrophobia, but they also informed her concern for the disempowered, her mistrust of nationalism, and her fierce criticisms of war and environmental destruction. Translating her political beliefs into abstract forms, Baron created “an art of concealment and protection,” one that remains as poignant and necessary today as it was in the late twentieth century.

Commercial solo exhibitions have been presented consistently since 1969 with her first major museum survey in 1989 at the Solomon R. Guggenheim Museum. In 2002, Hannelore Baron: Works from 1969 to 1987 traveled to eight national venues; curated by Ingrid Schaffner for SITES (Smithsonian Institution Traveling Exhibition Services), the exhibition was accompanied by a fully-illustrated catalogue. That same year, the Art Museum at the University of Memphis presented Hannelore Baron: Fragments Shored Against Ruins.

Over the decades, Baron’s work has been contextualized in groundbreaking museum exhibitions including The Poetic Object (San Antonio Museum of Art, San Antonio, TX, 1988); Deep Storage: Collecting, Storing, and Archiving Art (Haus der Kunst, Munich, Germany, 1997); Six Centuries of Prints and Drawings (National Gallery of Art, Washington, DC, 2004); The Keeper (New Museum, New York, NY, 2016); The Warmth of Other Suns (The Phillips Collection, Washington, DC, 2019; curated by Massimiliano Gioni and Natalie Bell and organized by the New Museum); and “Good Artists,” curated by Jenny Holzer for Artistic License: Six Takes on the Guggenheim Collection (Solomon R. Guggenheim Museum, New York, NY, 2019). In 2020, she was featured in Women to the Fore at the Hudson River Museum (Yonkers, NY) and Out of Place: A Feminist Look at the Collection at the Brooklyn Museum (Brooklyn, NY). Baron’s work has also been included in a number of recent group exhibitions at Michael Rosenfeld Gallery, including Collage: Made in America (2017), The Time Is N♀w (2017), Art of Defiance: Radical Materials (2019) and Paper Power (2020). Upcoming in February 2021, Baron’s work will be on view in Portable Sculpture at the Henry Moore Institute in Leeds, UK.

Michael Rosenfeld Gallery is the exclusive representative of the Estate of Hannelore Baron.

To schedule an appointment to view the exhibition at the gallery, click here.