Skip to content
Back to top Back to Exhibitions«
American Abstraction, 1930-1945 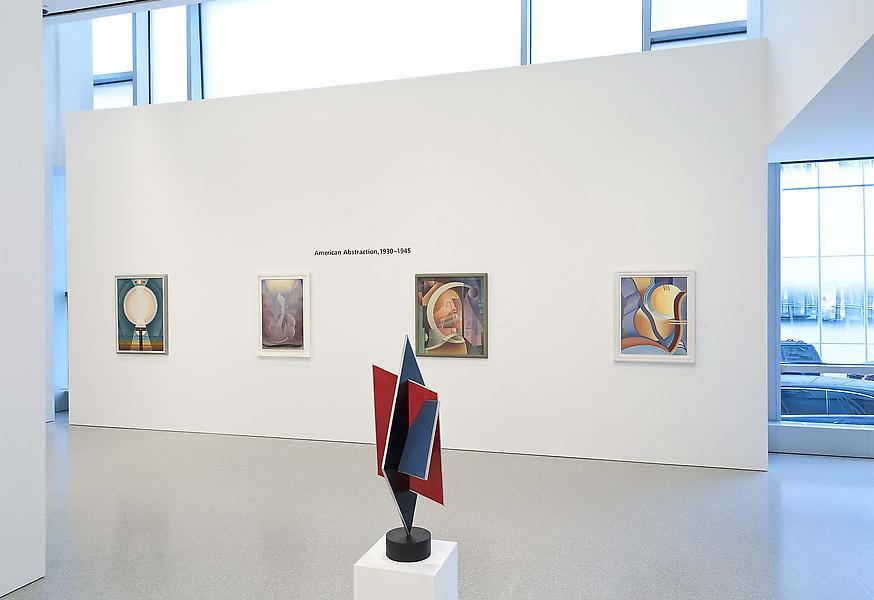 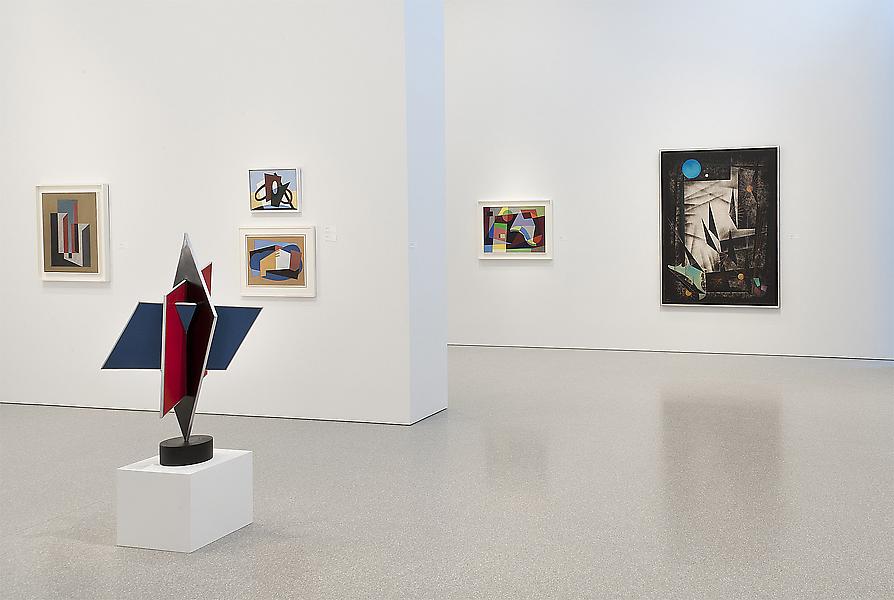 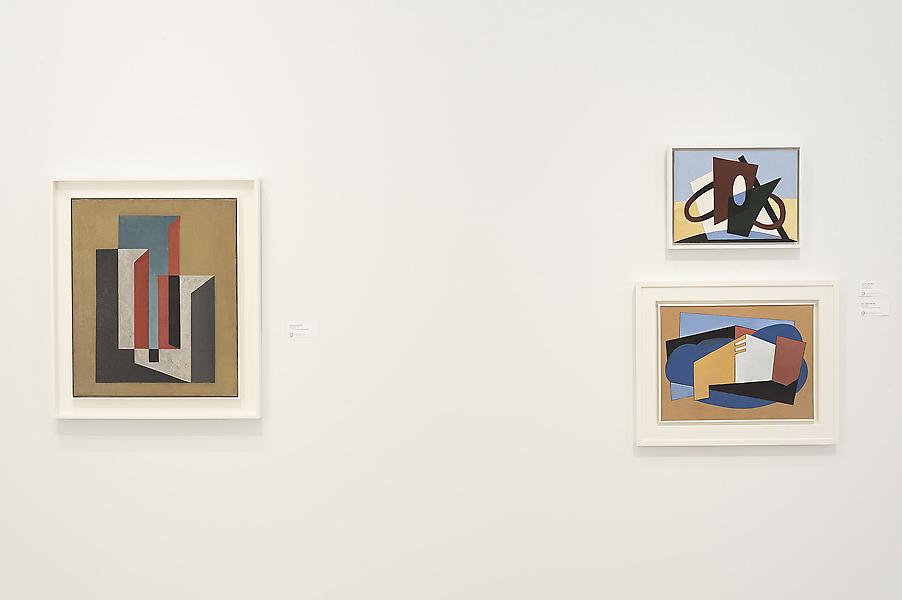 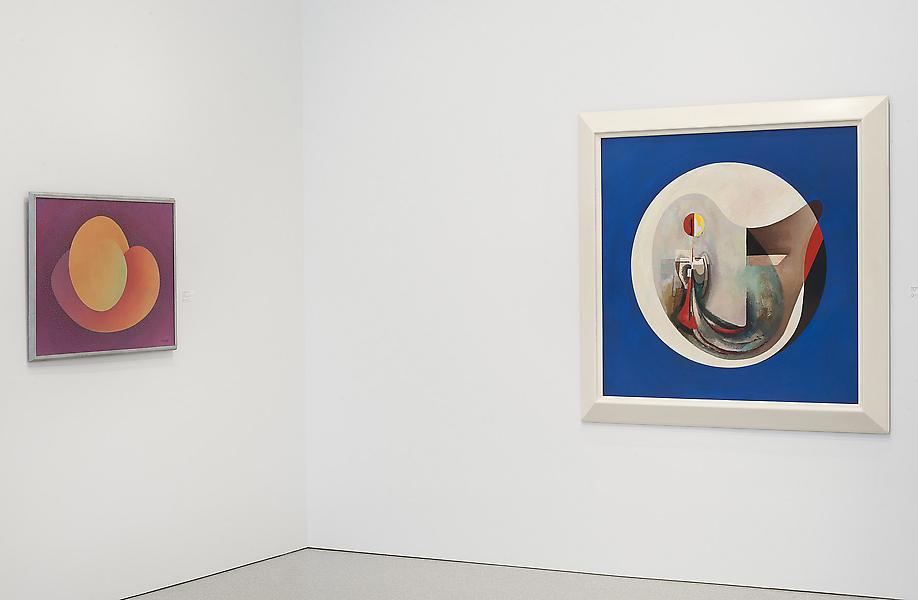 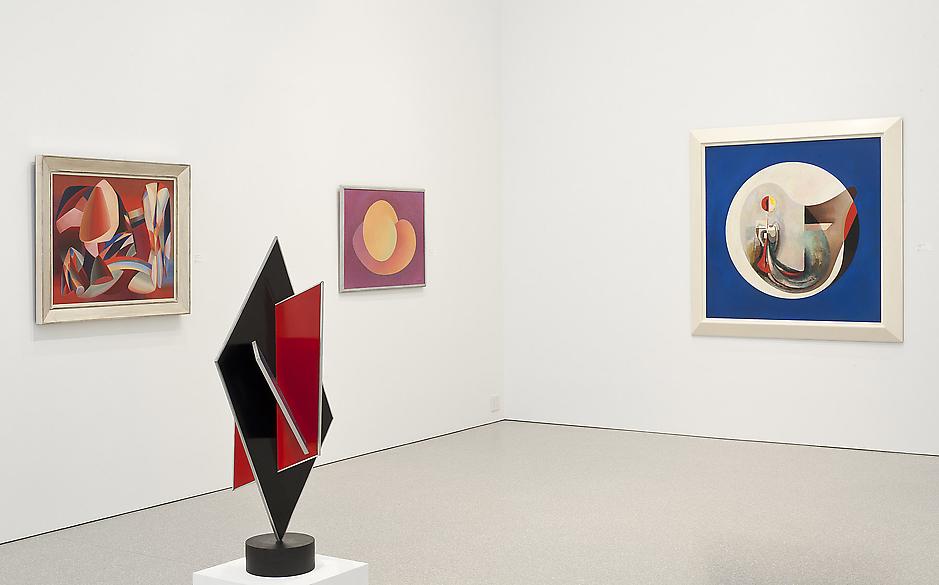 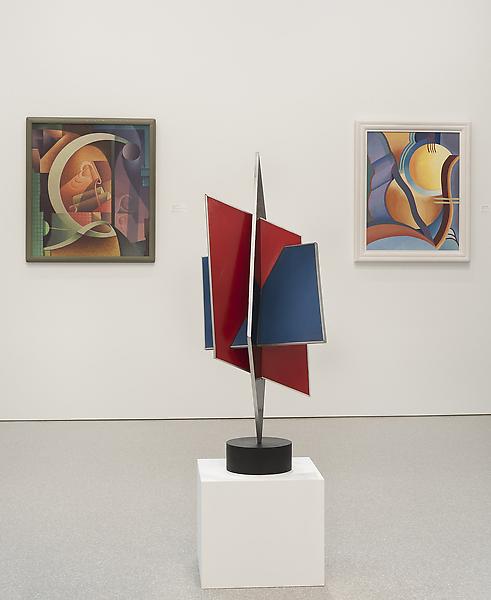 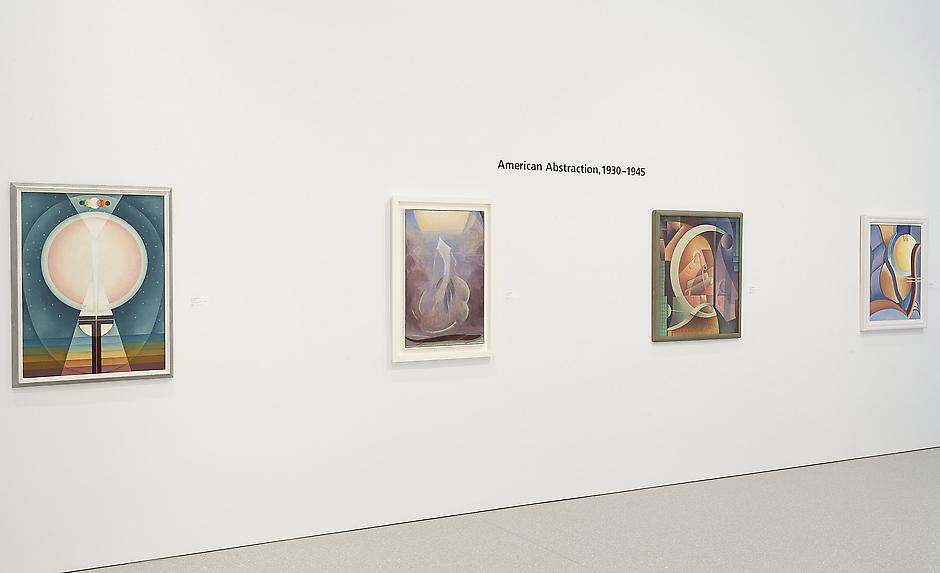 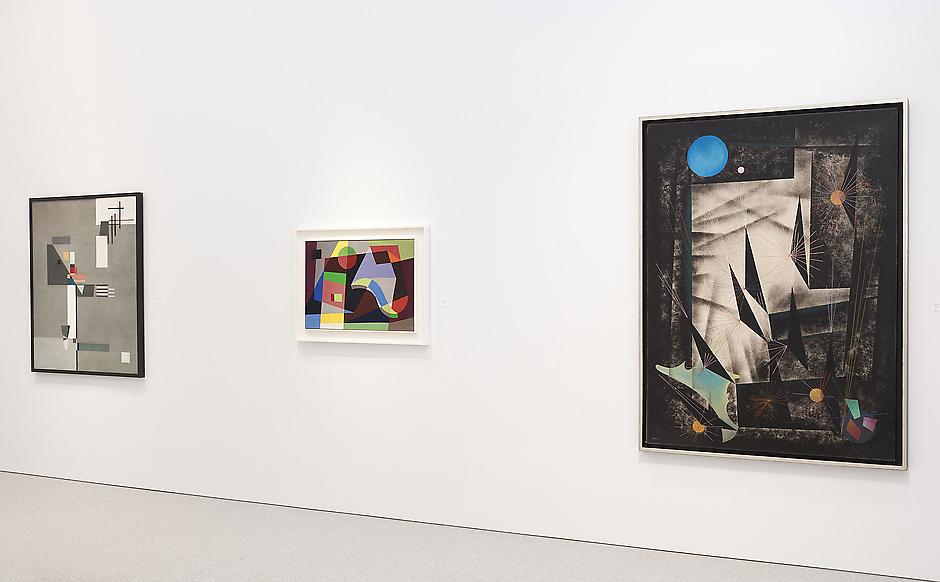 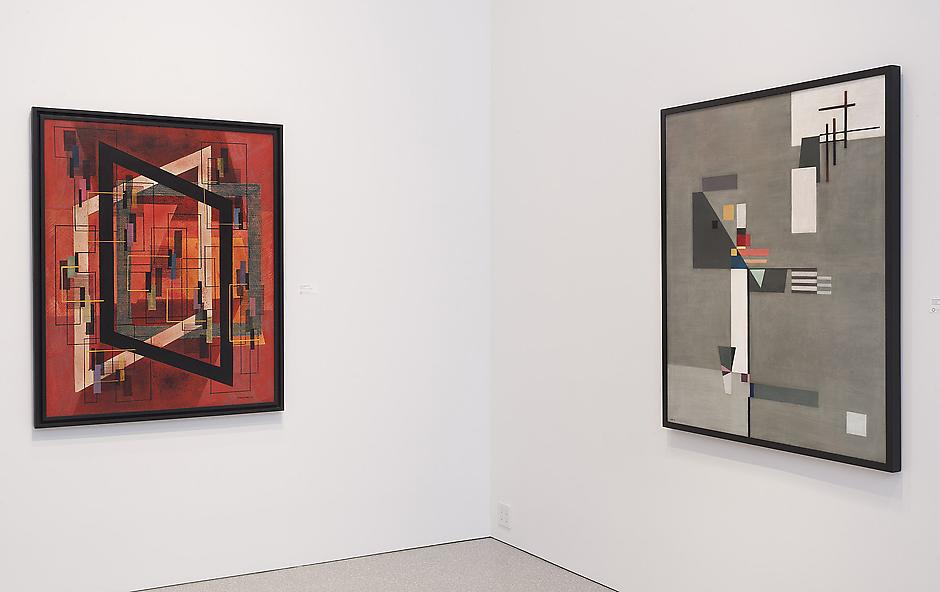 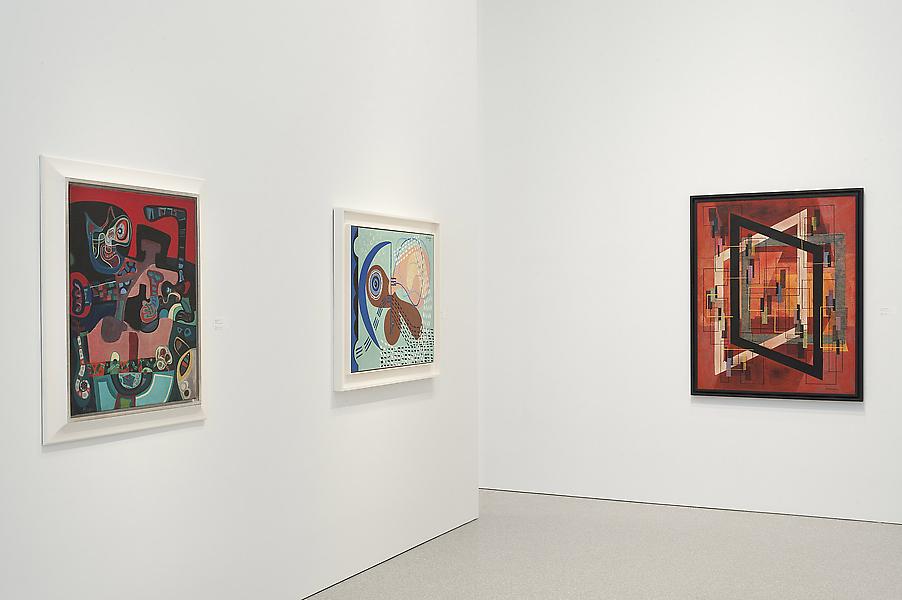 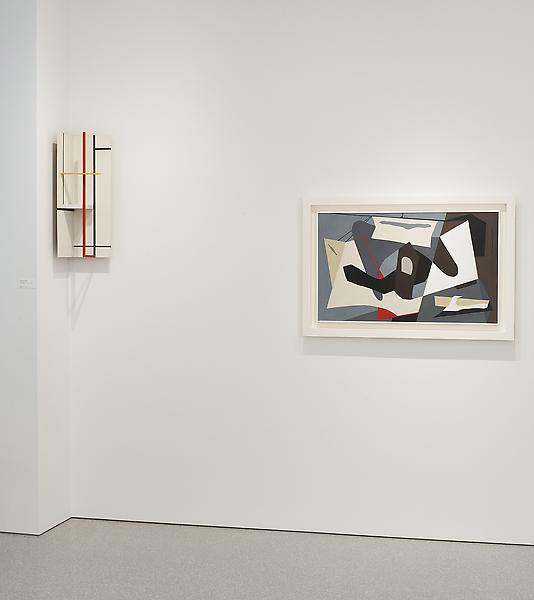 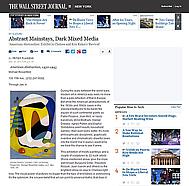 Charmion von Wiegand: Secret Doors, 1945-1969 is the artist’s fifth solo exhibition at Michael Rosenfeld since the gallery became the exclusive representative of her estate in 1998. Recently, von Wiegand has been a presence in several major exhibitions, including: The Third Mind: American Artists Contemplate Asia (2009, Solomon R. Guggenheim Museum, New York), Back to the Future (2009, Loyola University Museum of Art, Chicago), Grains of Emptiness: Buddhist Inspired Contemporary Art (2010, Rubin Museum of Art, New York), and Constructive Spirit: Abstract Art in South and North America (2010, Newark Museum, New Jersey). As a longtime champion of her art, Michael Rosenfeld Gallery is proud to contribute to this resurgent interest in Charmion von Wiegand.

Charmion von Wiegand: Secret Doors reveals a multifaceted artist whose individual vision remained strong while she continuously innovated, experimenting with medium, form, and style. As the twenty-four works in the exhibition attest, von Wiegand’s work is characterized by versatility. In a relatively short period of time, her work transformed from surrealist, biomorphic abstractions celebrating nature’s invisible and imperceptible worlds to geometric, prismatic forms intent on visualizing the intangible realm of the spiritual. But even as von Wiegand’s interests tended increasingly towards the immaterial, her work retained a potent appeal to the senses. Vivid colors, applied in gouache and oil to paper, board, and canvas, animate the meticulously rendered shapes; matte surfaces absorb light even as they seem to emanate it. This balancing of seemingly opposite qualities is, like the symmetry of many of her works, key to expressing a certain Buddhist inflected spirituality that was a central part of how von Wiegand conceived of abstraction.

Charmion von Wiegand (1896-1983) was born in Chicago and spent much of her childhood traveling. Despite a passion for art, she became a journalist, securing a position in 1929 as a correspondent for Hearst newspapers. In 1932, she began writing art criticism for (among others) New Masses, New Theatre, ARTnews, and Arts Magazine. It was in her role as a journalist that she met Dutch modernist Piet Mondrian. Their meeting led to a close friendship, and through Mondrian, von Wiegand re-kindled her interest in Theosophy. For eighteen months, she also stopped painting in order to embark on a study of neoplasticism, after which she concluded that Mondrian’s art was not analytical, but intuitive. This insight led to her fascination with the potential of neoplastic theory. After Mondrian’s death in 1944, von Wiegand decided to dedicate her time to painting. She incorporated Mondrian’s iconic grid but jettisoned the constraints of pure neoplasticism and embraced a variety of influences and practices. Her search for spiritual enlightenment led her to Buddhism, and in the mid-1960s she met Khyongla Rato, a “reincarnate lama and scholar of the Gelugpa order of Tibetan Buddhism,” who had fled Tibet. He mentored her in Buddhism, and she aided in the writing of his biography, My Life and Lives. Under his guidance, von Wiegand embarked on a course of study in the tradition of Mahayana Buddhism, which took her to India and Tibet during the 1960s and 1970s, and she had an audience with the Dalai Lama. Von Wiegand regarded all of her art as spiritual, but the work from these decades is explicitly so. Many compositions incorporate metaphysical images and symbols drawn from Theosophical prismatic color charts, Chinese astrology, tantric yoga, and Buddhism. In 1980, von Wiegand was elected to the American Academy of Arts and Letters, and in 1982, the Bass Museum of Art in Miami Beach, Florida organized her first retrospective. Von Wiegand continued to work and live in New York City until her death in 1983.

Von Wiegand understood her dedication to abstraction as inseparable from her quest for spirituality. Therefore, it is fitting that her work be accompanied by the exhibition American Abstraction, 1930-1945, featuring members of the Transcendental Painting Group (TPG) and the American Abstract Artists (AAA), an organization von Wiegand joined in the 1940s and served as president of from 1951 to 1953.

Comprised of works by twenty-one artists including Burgoyne Diller, Charles Shaw, Louis Stone, Theodore Roszak, Irene Rice Pereira, Albert E. Gallatin, Raymond Johnson, Agnes Pelton, and John Ferren, American Abstraction, 1930-1945 centers on one of Michael Rosenfeld Gallery’s foundational areas of expertise, early American abstraction. Although the gallery has mounted one-person exhibitions (often with full color catalogues) for many of the artists, this exhibition is the first group show of its kind in nearly a decade. It is also the second time the gallery has brought the work of the largely New-York-based AAA into dialogue with their Southwest contemporaries, the TPG.

In 1936, a group of artists that included Josef Albers, Burgoyne Diller, Werner Drewes, Carl Holty, Ibram Lassaw, and Charles Shaw founded the American Abstract Artists as an “organization of all artists in this country who have produced work which is sufficiently in character with [a] liberal conception of the word ‘abstract.’” At a time when abstraction remained on the fringes of the art world, the group aimed to “foster public appreciation of [abstract] painting and sculpture,” and grant “each artist an opportunity for developing his own work by becoming familiar with the efforts of others.” To accomplish these goals, the AAA collected dues of four dollars a year and organized annual exhibitions as well as studio visits with artists and group discussions and debates on the meaning of abstraction in art.

In 1938, several abstract painters living and working in Santa Fe, New Mexico formed a group dedicated to promoting non-objective art in a nation that—even two years after the founding of the AAA—remained skeptical about the merits of abstraction. Known collectively as the Transcendental Painting Group (TPG), these artists—whose ranks included Emil Bisttram, Raymond Jonson, Florence Miller Pierce, and Stuart Walker—strove to find a greater meaning in art and life. The group chose “transcendental” for their name because they believed it implied a manner of expression that existed outside of nature, acknowledged intuition, and invoked that which eluded direct representation. Seeing a kindred spirit and guide in Agnes Pelton, the TPG named her their honorary president. Pelton did not attend their meetings, but she did correspond and exhibit with them regularly.

Artists in both groups strove to place abstraction at the center of modern art, and both grew out of the needs of individuals who had been working with abstract art long before either group was established. While both groups valued abstract painting as a “purer” form of art, there were also significant differences between them. The AAA was a large, national organization organized around a generous interpretation of “abstract art,” and it encouraged members to join smaller artist groups oriented around more specific sets of concerns. It became a long-lasting institution, and later members included artists as diverse as Jackson Pollock, Alfonso Ossorio, Claire Falkenstein, and Louise Bourgeois. By contrast, the TPG was more local, geographically and artistically, and shorter lived. Like von Wiegand, TPG members were interested in Theosophy and drew inspiration from Buddhism, and like many abstract artists, they were influenced by neoplasticism as well as Wassily Kandisnky’s theories on color and the spiritual. But the TPG artists also followed Jay Hambridge’s theory of dynamic symmetry, which claimed that artistic perfection could be achieved through mathematical principles based on the symmetry of human and plant forms. Whereas abstract artists often reveled in the material properties of a given medium, TPG artists sought “to carry painting beyond the appearance of the physical world, through new concepts of space, color, light, and design.” At a time when a sense of urgency and crisis prevailed in art from the United States and Europe, the TPG unearthed a language that spoke of the spirit and soul, emphasizing hope and affirming vitality. Fittingly, their logo (designed by Emil and Mayrion Bisttram) took the form of a butterfly, suggesting metamorphosis, flight, and renewal.

The TPG as a formal organization was short-lived but its accomplishments were enduring. Like the AAA, the group organized lectures, published articles, and mounted exhibitions. TPG artists gained notoriety with their participation in several landmark exhibitions, including the Golden Gate International Exposition in San Francisco (1939), the New York World’s Fair (1939), and a 1940 group exhibition at the Museum of Non-Objective Painting (now the Solomon R. Guggenheim Museum) in New York City. The group dispersed in 1941, and the AAA continues to promote abstract art to this day.