Skip to content
Back to top Back to Exhibitions«
Nancy Grossman: Drawings 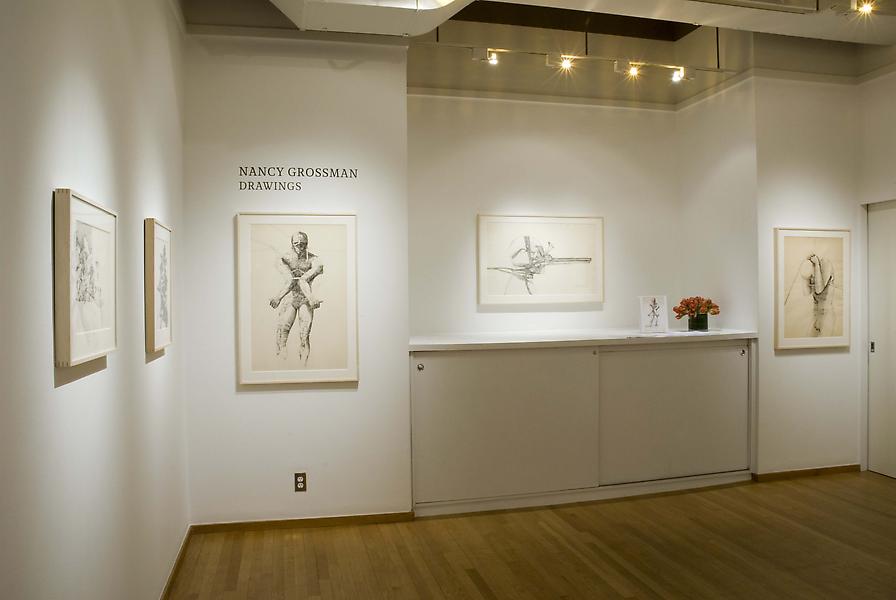 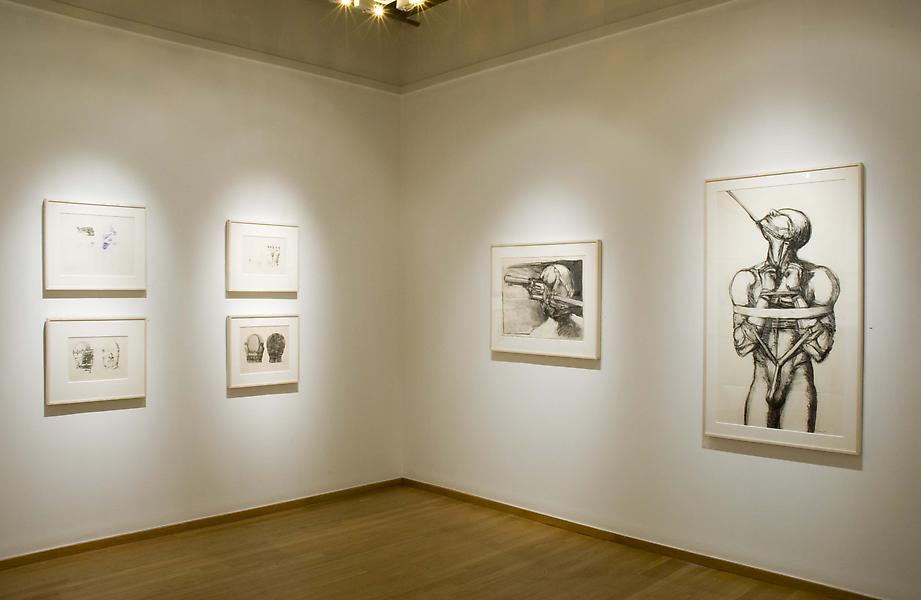 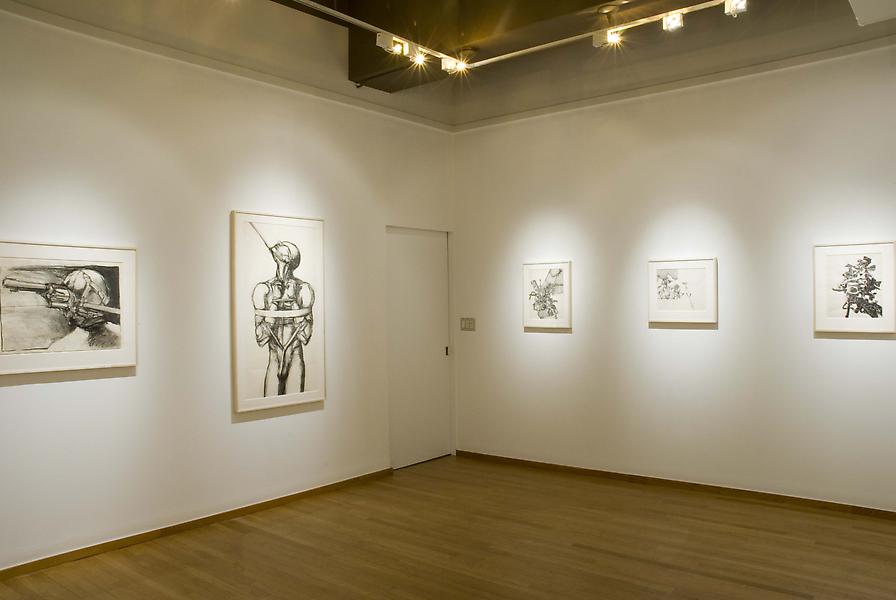 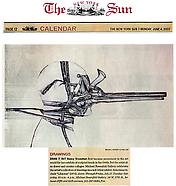 Michael Rosenfeld Gallery is pleased to announce its second solo exhibition featuring the work of Nancy Grossman (American, b.1940). Scheduled to be on view from May 18 to July 27, Nancy Grossman: Drawings will consist of fourteen arresting works on paper from the 1960s and 1970s, revealing the confident draftsmanship of a celebrated, international sculptor.

Since the 1950s, much of Nancy Grossman’s work has addressed the physicality and vulnerability of the body. Through collage, sculpture, wall assemblage and graphite drawing, her thought-provoking statements consistently question and reveal the violence of human interaction. For Grossman, the body is both the theater and the story -the stage as well as the spectacle enacted upon it. For drawings included in this exhibition - many never before shown - subjects vary from classic "Gunheads" to studies for unrealized abstract sculptures; from bound and entrapped male torsos to delicate line studies for head sculptures. As forerunners to many contemporary portrayals of the figure, Grossman’s dynamic compositions carry both a timeless appeal and an immediate relevance. Reflecting on her labor-intensive process and why her drawings are scarce, Grossman recently wrote, "Time expands and contracts when an artist is totally focused, absorbed, submerged, and surrendered to a work and whatever tasks present themselves in the course of making the work. This has always seemed completely out of control. There is something embarrassing about the very real necessity of surrendering to the passing of time—like you don’t know where you’ve been or how long you’ve been there, even though you’ve been following the work."

Born in New York City, Nancy Grossman grew up on a working farm in Oneonta, New York. Life on a farm with parents in the garment industry would shape Grossman’s artistic vision and strongly influence her choice of materials. In 1962, Grossman received her BFA from Pratt Institute, where she studied with Richard Lindner who would remain a close friend and mentor until his death in 1978. Working independently and with only the support of a few fellow artists like David Smith who embraced her raw language and attraction to discarded materials, she received recognition early - a Pratt Ida C. Haskell Award for Foreign Travel (1962) and a John Simon Guggenheim Foundation Fellowship (1965-66). Accolades have continued throughout her career and include a National Endowment for the Arts Fellowship (1984), a New York Foundation for the Arts Fellowship (1991), a Joan Mitchell Foundation Grant (1996-97), and most recently, a Pollock-Krasner Foundation Grant (2001).

Grossman rose to national prominence in the 1960s for her sculptures of heads carefully carved from the soft wood of discarded telephone poles, overlaid with leather, and adorned with zippers, glass eyes, enamel noses, spikes and straps. While her heads, which were first exhibited in 1968 at Cordier and Ekstrom Gallery (NYC), often threaten to overshadow the rest of Grossman’s work, they also exquisitely contain central aspects of Grossman’s art: its refusal to accept rigid gender positions, its daring choice of materials, its incorporation of contradiction and conflict and its play on senses other than the visual. Despite her notoriety and visibility in the 1960s (she had had five solo exhibitions by age thirty), Grossman’s diversity of genre or media was not widely understood until her 1991 retrospective exhibition organized by the Hillwood Art Museum. A monograph by noted scholar Arlene Raven accompanied the exhibition.

Grossman's work is included in more than forty museums collections amongst them the Hirshhorn Museum and Sculpture Garden, The Israel Museum (Jerusalem), The Museum of Modern Art (New York), The Whitney Museum of American Art, and The Scottish National Gallery of Modern Art (Edinburgh). Currently, her work is featured in the traveling exhibition Wack! Art and the Feminist Revolution, 1965-1980, organized by the Los Angeles Museum of Contemporary Art. For over a decade, she has been represented by Michael Rosenfeld Gallery.