Skip to content
Back to top Back to Exhibitions«
Charmion von Wiegand: Offering of the Universe - An Artist's Path from Mondrian to Mantra 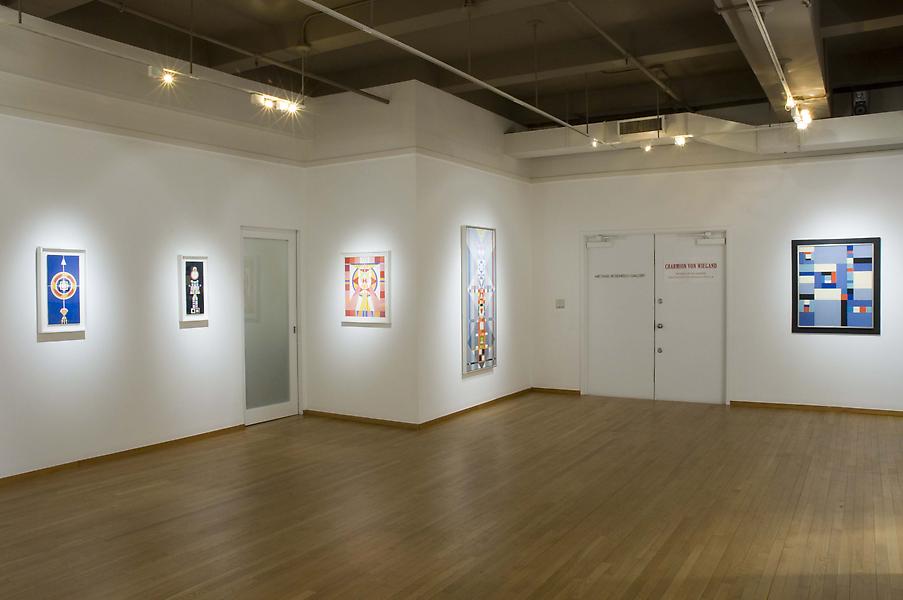 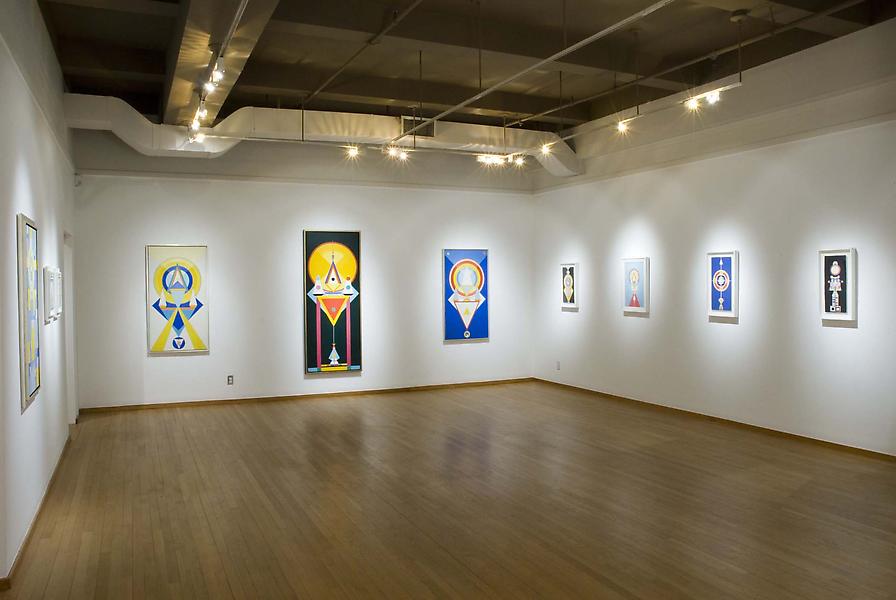 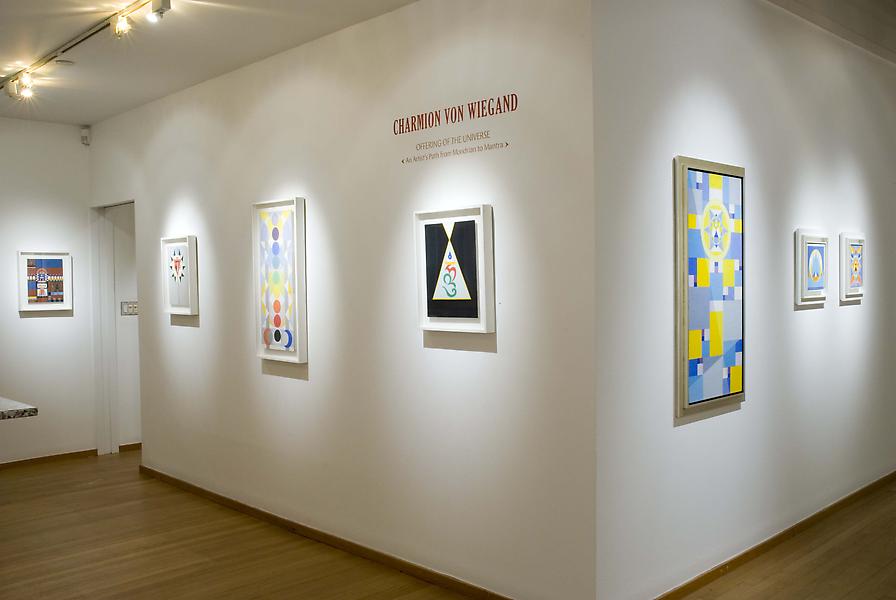 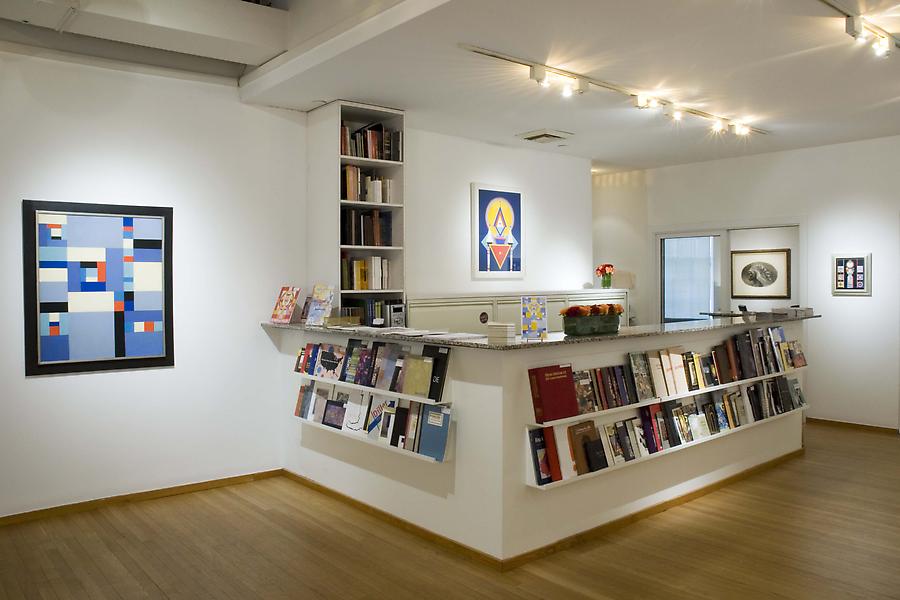 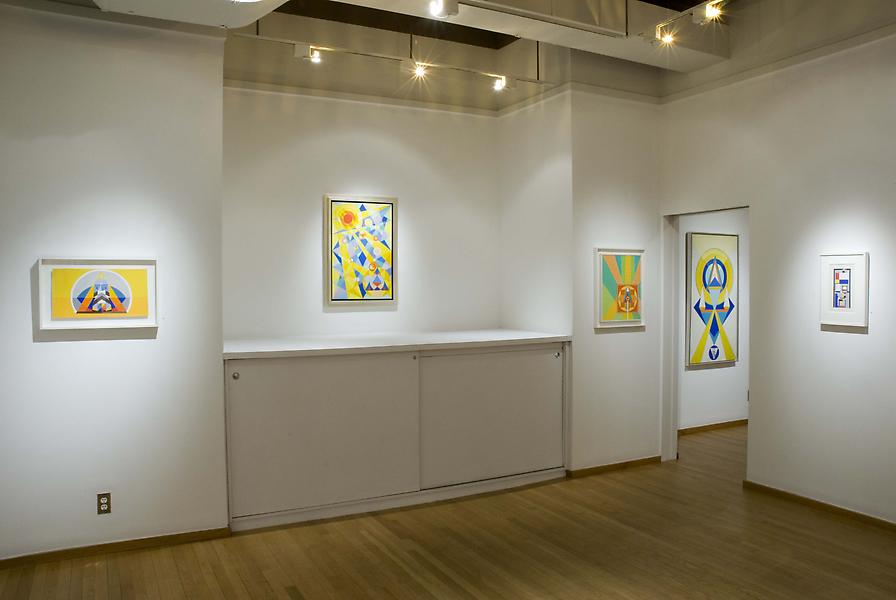 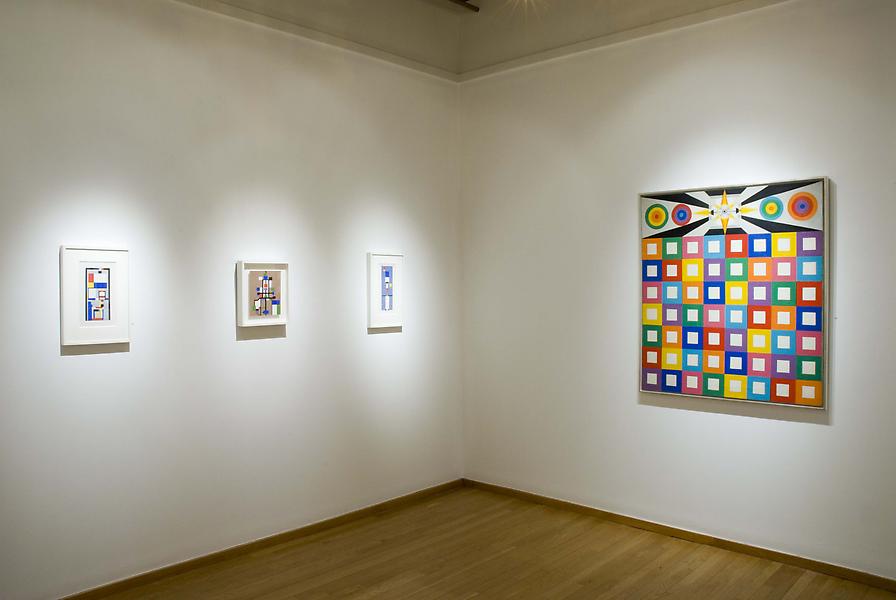 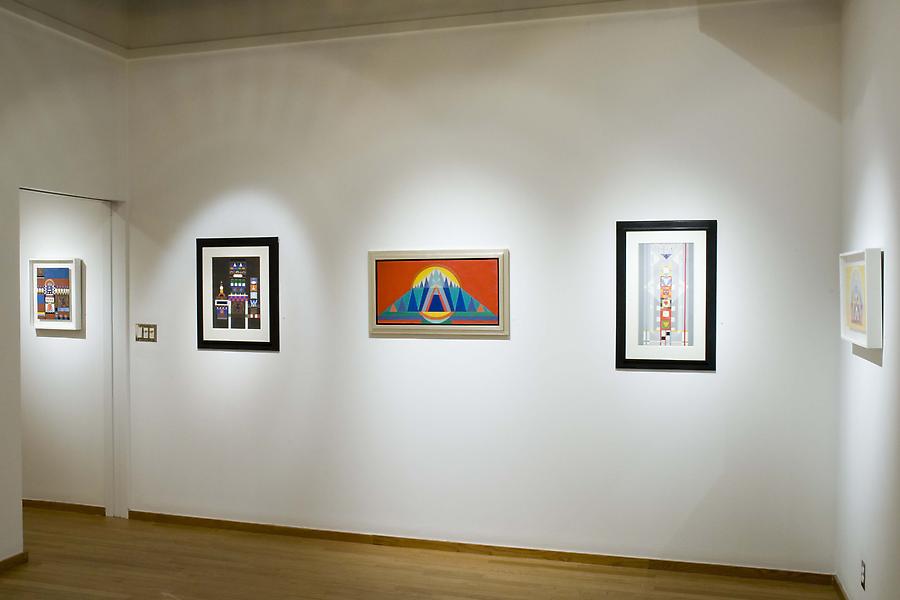 Charmion von Wiegand: Offering of the Universe - An Artist's Path from Mondrian to Mantra

"Abstract Art is the plastic expression of the conscious search toward an integration of the energies of nature and the creative facilities of man: toward unity and equilibrium."


Michael Rosenfeld Gallery is pleased to present its fourth solo exhibition featuring the work of Charmion von Wiegand (American, 1898-1983). Offering of the Universe - An Artist's Path from Mondrian to Mantra will present twenty-five paintings and works on paper from the late 1950s through the 1970s. The exhibition will be the first opportunity to explore in depth the profound impact Tibetan Buddhist art and the practice of Buddhism had on the creative output of the artist. As early as 1949, specific signs and symbols begin to appear in von Wiegand's colorful, abstract compositions; painting titles refer to shrines, mandalas and Buddhist concepts. To date, these later works have been marginalized for her 1940s geometric, abstract paintings that resemble her aged friend, the great Dutch modernist Piet Mondrian.

An opening reception will be held Thursday, March 15 from 6:00-8:00pm. The exhibition will be accompanied by a fully illustrated color catalogue with an introduction by Helen Tworkov and an essay by Stephen Westfall.

Charmion von Wiegand was born in Chicago, Illinois. Her father was a correspondent and editor for Hearst newspapers, and as he advanced his career, the von Wiegand family lived in such varied locals as Florida, Arizona, California, and Berlin, Germany. In 1915, Charmion attended Barnard College for one year before enrolling at Columbia University. She took classes at the School of Journalism while nurturing a growing interest in art and art history. Shortly after college, von Wiegand married and moved to Darien, Connecticut. She quickly tired of life as a wealthy suburban housewife, and in 1926, while undergoing intense psychoanalysis, she had a revelation that she wanted to become a painter. Von Wiegand’s marriage was short lived, and when her husband moved to Germany, they divorced. Although von Wiegand had begun to paint in earnest, her primary career was journalism, and in 1929 she took a trip to Moscow and secured a position as a foreign correspondent for Hearst Newspapers. While in Russia, she continued to advance her artistic skills by painting the Russian landscape. In 1932, she returned to New York City and married journalist Joseph Freeman, editor and co-founder of the leftist journal New Masses.

A champion of American abstraction, von Wiegand wrote articles on art for New Masses, as well as New Theatre, ARTnews, Arts Magazine, and The Journal of Aesthetics. As part of the cultural avant-garde, von Wiegand developed a close circle of acquaintances that included artists John Graham, Carl Holty, Hans Richter, Joseph Stella and Mark Tobey. In 1941, Holty arranged for von Wiegand to meet the great Dutch modernist Piet Mondrian, who had arrived in New York six months earlier. This initial meeting lead to a close friendship that was vital to von Wiegand’s pursuit of the spiritual in abstract painting. During 1941-42, von Wiegand famously assisted Mondrian in translating his writings. This collaboration resulted in Mondrian’s article, “Toward a True Vision of Reality,” which accompanied his first solo exhibition in the United States at the Valentine Dudensing Gallery (1942). It was Charmion who stood close by as

Mondrian painted Broadway Boogie Woogie. (1942-43) and Victory Boogie Woogie (1943-44). She was struck by the master’s willingness to go against the established theories of Neo-Plasticism. “I remember him standing back from the painting, squinting his eyes and saying, ‘But it works. You must remember, Charmion, that the paintings come first and the theory comes from the paintings.’” i

Through this period of intense study she came to the conclusion that Mondrian’s art was intuitive, not analytical, and she became extremely interested in the spiritual aspects of Neo-Plastic theory. In 1941, she also became a member of the American Abstract Artists, exhibiting regularly with the group from 1948 through the 1950s, and later serving as its president from 1951 to 1953. With the death of Mondrian in 1944, von Wiegand dedicated herself to painting full time. Although many of her abstract compositions incorporate the Neo-Plastic grid, she was never limited by the formal constraints of pure Neo-Plasticism, and she drew inspiration from other European modernists such as Wassily Kandinsky, Jean Arp, Joan Miró and Kurt Schwitters. She also experimented with the Surrealist technique of automatism and worked in collage.

By 1946, von Wiegand had become absorbed with Theosophy, a spiritual movement popular in the early part of the twentieth century that had also interested Mondrian, Kandinsky and many of the Surrealists. Her readings in Theosophy lead her to Tibetan Buddhism, and during the 1960s and 1970s, von Wiegand followed a course of spiritual study in the tradition of Mahayana Buddhism, traveling to India and Tibet, where she even had an audience with the Dalai Lama. While von Wiegand would regard all of her art as spiritual, her work from the 1960s and 1970s is overtly mystical, as many works incorporate metaphysical images and symbols drawn from Theosophical color charts, Chinese Astrology, and Tantric Buddhism.

In 1980, von Wiegand was elected to the American Academy of Arts and Letters, and in 1982, the Bass Museum of Art in Miami Beach, Florida organized her first retrospective. She continued to work and live in New York City until her death in 1983. Today, von Wiegand is represented in numerous museum collections including the Solomon R. Guggenheim Museum, Hirshhorn Museum and Sculpture Garden, The Metropolitan Museum of Art, The Museum of Modern Art, and Whitney Museum of American Art.

Michael Rosenfeld Gallery is the exclusive representative of the Estate of Charmion von Wiegand.