Skip to content
Back to top Back to Exhibitions«
William T. Williams: Things Unknown
Paintings, 1968-2017 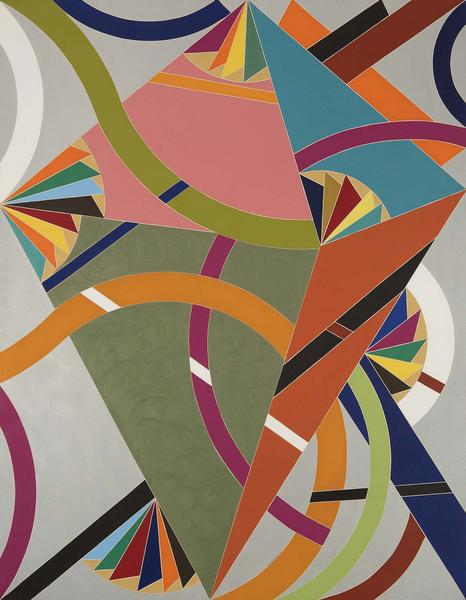 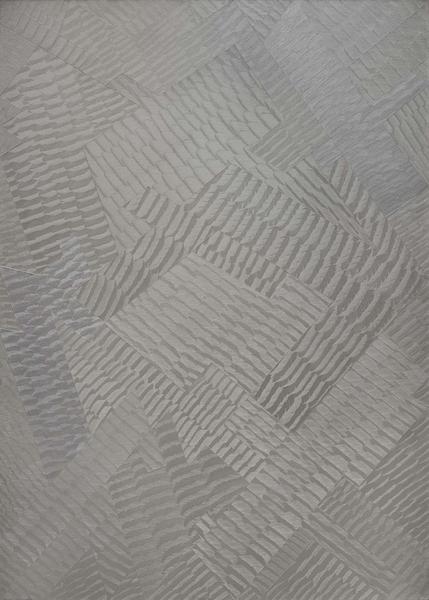 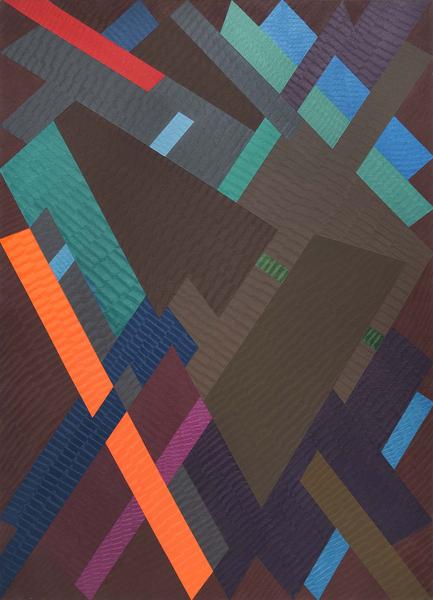 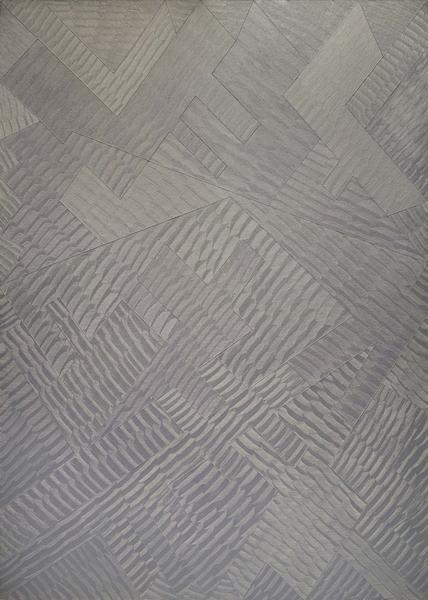 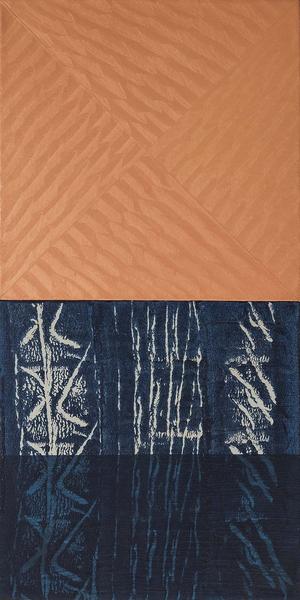 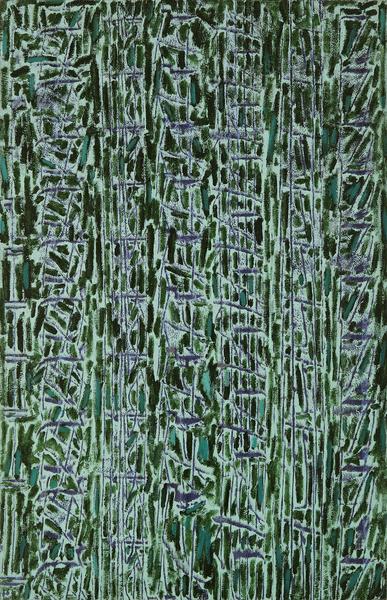 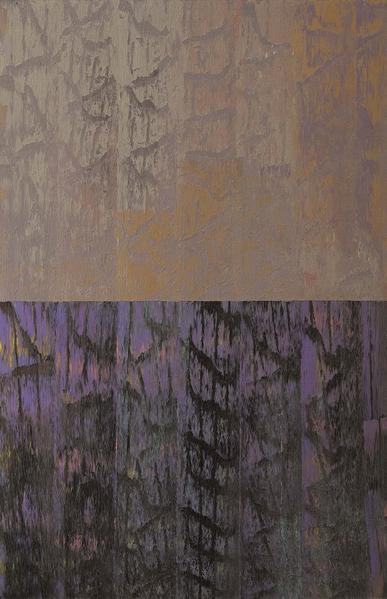 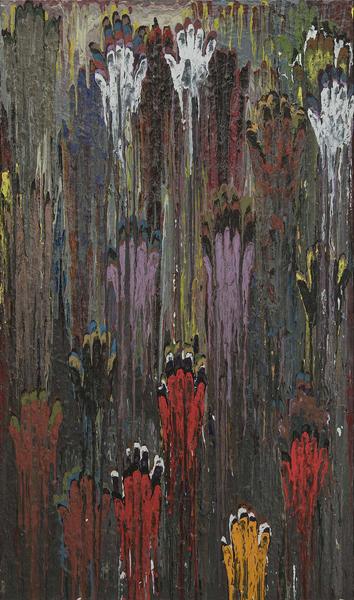 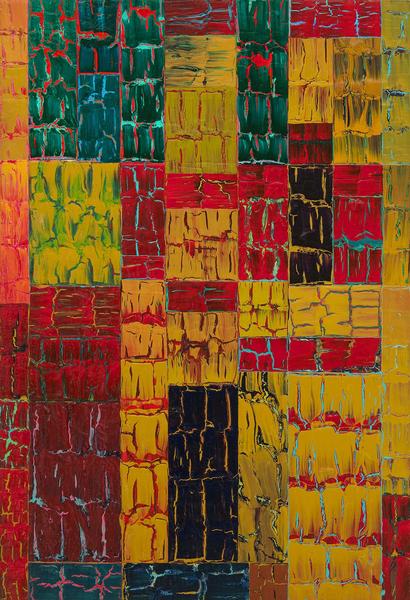 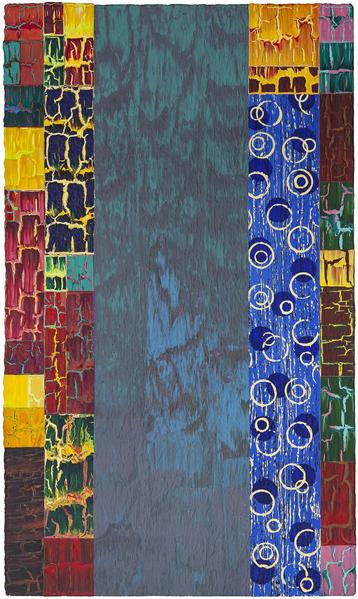 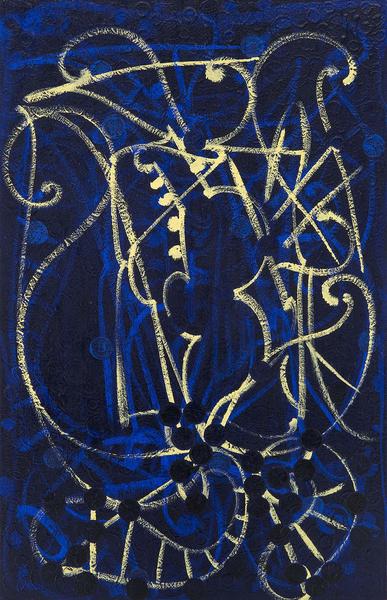 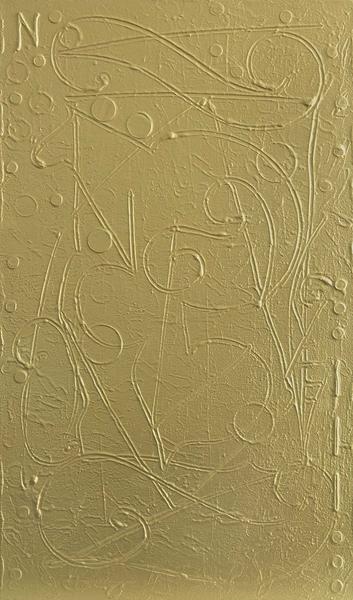 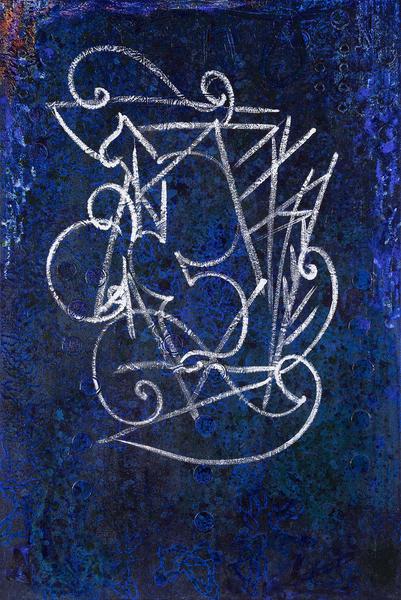 by Charles A. Riley II 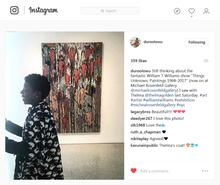 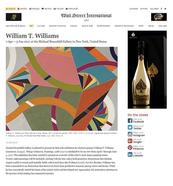 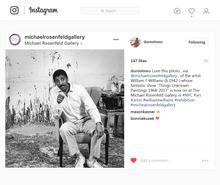 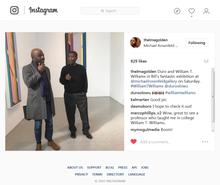 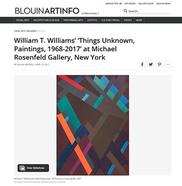 Michael Rosenfeld Gallery is pleased to present its first solo exhibition for abstract painter William T. Williams (American, b.1942). Things Unknown, Paintings, 1968-2017 is scheduled to be on view from April 7 through June 3, 2017. The exhibition has been curated to present an overview of the artist’s most major painting series. Twenty-eight paintings will be included, starting with his late-1960s bold geometric abstractions like Harlem Angels (1968) to recent gold metallic fields with lyrical lines like Evidence (2016). For five decades, Williams has been committed to an abstraction that derives its force from productive tensions among colors and forms. While he has consistently tested the limits of his earlier styles and developed new approaches, his meticulous attention to the process of art-making has remained constant.

The exhibition will be accompanied by a fully-illustrated color catalogue featuring an interview with the artist by Courtney J. Martin, an assistant professor in the department of History of Art and Architecture at Brown University and the newly appointed Deputy Director and Chief Curator at Dia Art Foundation. In her interview with Williams in his Connecticut studio, Williams states: “To me, painting is a way of marking time; it gives meaning to my life. It is a way of trying to communicate. I live. I existed. I created. I think painting has to be self-validating. The process of being an artist has to be self-validating. And it took time for me to get to that. Withdrawing from the art world for a long time was, in a sense, the best thing that I could have done as an artist.”

Announced in November 2016, Michael Rosenfeld Gallery is the exclusive representative of William T. Williams; the gallery is the first to represent Williams since the 1970s when, as a recent MFA graduate from Yale University, Williams was represented by Reese Palley Gallery in New York.

From the outset of his career, William T. Williams’ art has been characterized by bold color and daring compositions that paid homage to and challenged the abstraction that had come before it. He emerged at a time when abstract expressionism was in decline, while pop art, color field painting, and minimalism were on the rise. Concurrent with this aesthetic transition were social and political transformations that saw artists, intellectuals, and activists challenging the exclusionary practices of New York’s white- and male-dominated art institutions. These critiques came in multiple forms, including an approach to art that favored figural representation embedded in a politics of struggle and an assertion of identities misrepresented by or excluded from American culture. Such images were a necessary correction to a history of omission and caricature, but they risked being received by the art establishment in a way that affirmed its tendency to ignore work by abstract artists who were also African American.

Living in an artist loft building on Broadway that over the years included neighbors Kenneth Noland, Joel Shapiro, Janet Fish, and William Copley, Williams believed that abstraction offered him greater creative and expressive freedom than figural representation, but he was also wary of the potential cold, impersonal aspect of painting that was merely about painting. Williams thus developed an approach that rendered the abstract representational, not only through titles replete with autobiographical references, but also in the shapes he incorporates. These shapes resonate with cultural history and personal memories of a childhood spent in the northern, urban environments of New York as well as the southern landscapes of rural North Carolina. Jazz, too, became an important site of convergence where memory, history, and a black American abstract tradition met. Finally, quilting was for Williams another manifestation of an African American tradition of abstraction. His artwork often incorporates the diamond shape as a visual motif that functioned “as a stabilizing force, a form that interacts compositionally with what's around it. But it goes back to the quilts of my childhood, the patterns and forms I grew up with.”

The synthesis between personal/cultural narrative and abstraction that Williams developed early on in his career was met with deserved success. Born in rural North Carolina, Williams moved to New York with his family as a youth. He attended the School of Industrial Art (now the High School of Art and Design), before enrolling at Pratt Institute in 1962. At Pratt, he studied with some of the foremost figurative painters of the day including Richard Lindner, Philip Pearlstein and Alex Katz, but it was painter Richard Bove who encouraged Williams to work from intuition and memory rather than from observation. The resulting abstract work found support amongst his professors whose encouragement led Williams to pursue graduate studies at Yale University. The graduate department at Yale provided a rigorous theoretical foundation and studio practice for the artist as the faculty included George Wardlaw, with whom Williams studied during his first year, Jack Tworkov, Al Held, Lester Johnson, and others. Held played a particularly encouraging and influential role for Williams. “[It was the] best experience I ever had. [Held] was relentless in terms of pushing me….it was really good for me because it forced me to focus on what I wanted to do and why I was doing it.”

Williams completed his MFA at Yale in 1968 and in 1969, now living in New York, the Museum of Modern Art (MoMA) purchased his Elbert Jackson, L.A.M.F. Part II (1969). That same year, he was included in the Whitney Biennial and he organized X to the Fourth Power at the newly opened Studio Museum in Harlem. A Smokehouse muralist from 1968 to 1970, Williams was instrumental in establishing the artist-in-residence program at The Studio Museum in Harlem, which remains to this day a core mission objective. In 1971, Reese Palley Gallery, New York mounted Williams’ first solo exhibition and he began teaching at Brooklyn College of the City University of New York (CUNY), where he was on faculty for four decades, inspiring hundreds of students including Nari Ward and Arthur Simms. In 1965, he spent a summer in Maine as a student at the Skowhegan School of Painting and Sculpture, returning as faculty in 1971, 1974, 1978, and 1979; the latter year he served as pro tem Director. In 1975, Bob Blackburn invited Williams to make a print at the Printmaking Workshop; over the next 22 years, Williams collaborated with Blackburn to produce 19 editions, as well as a number of unique print projects. In 1977, he participated in the Second World Festival of Black Art and African Culture, held in Lagos, Nigeria, which marked his first time in Africa. The trip, especially the movements of patterned clothing he saw on the street, had a profound effect on his art, and Williams began a series of paintings inspired by this African tradition of abstraction.

Williams has continued to revise, adapt, and transform his style, and this dynamism combined with a consistent set of formal and thematic concerns has contributed to the longevity of his luminous career. Williams has been the recipient of numerous awards and fellowships, including: a Guggenheim Fellowship (1987), The Studio Museum in Harlem Artist’s Award (1992), a National Endowment for the Arts Regional Fellowship (1994), the Brandywine Workshop’s James Van Der Zee Award for lifetime achievement in the arts (2005), the North Carolina Governors Award for the Fine Arts (2006), and the Alain Locke International Award from the Detroit Institute of Art (2011). This April, the Skowhegan School of Painting and Sculpture will present to Williams and The Studio Museum in Harlem The Skowhegan Governors’ Award for Outstanding Service to Artists.

For over forty years, Williams’ work has consistently been shown at home and abroad. Representation in groundbreaking exhibitions includes: To Conserve a Legacy: American Art from Historically Black Colleges and Universities (Addison Gallery of American Art, 1999); What is Painting?  (MoMA, 2007); Blues for Smoke (Museum of Contemporary Art, LA) and Witness: Art and Civil Rights in The Sixties (2014, Brooklyn Museum of Art).  Currently, he is featured in the inaugural exhibition at the National Museum of African American Art and Culture (Washington, DC) and his work will be included in the forthcoming Tate Modern exhibition Soul of a Nation: Art in the Age of Black Power (July 12-October 22, 2017). The Cumberland County native is also the first African American contemporary artist to have his work (Batman, 1979) included in the widely-used reference book The History of Art by H.W. Janson.

Williams continues to live and work between New York City and Connecticut.