Skip to content
Back to top Back to Exhibitions«
Naked at the Edge: Louis Eilshemius 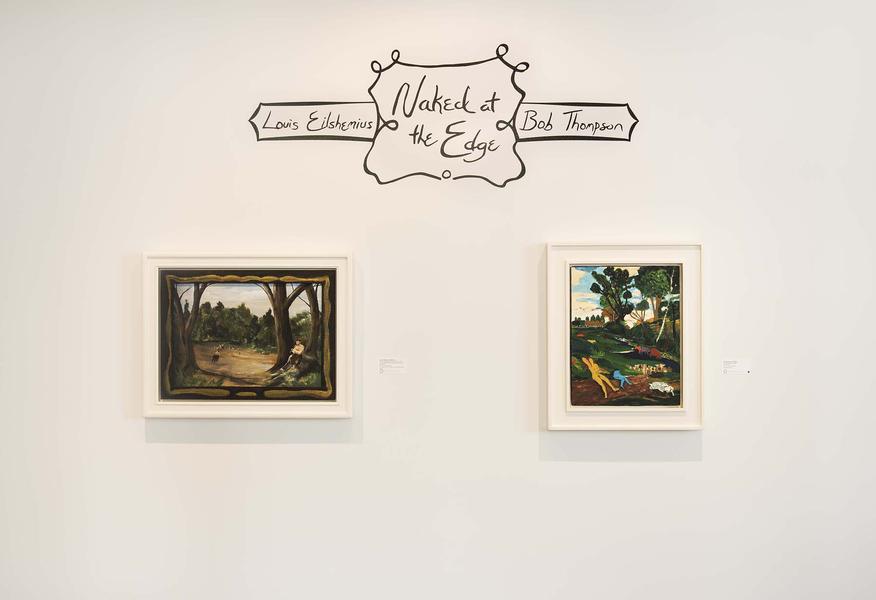 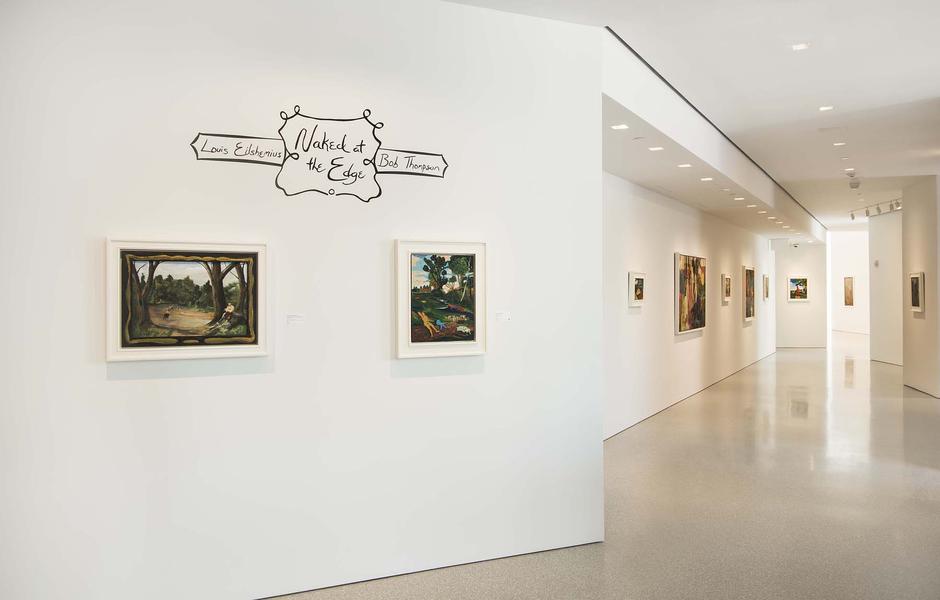 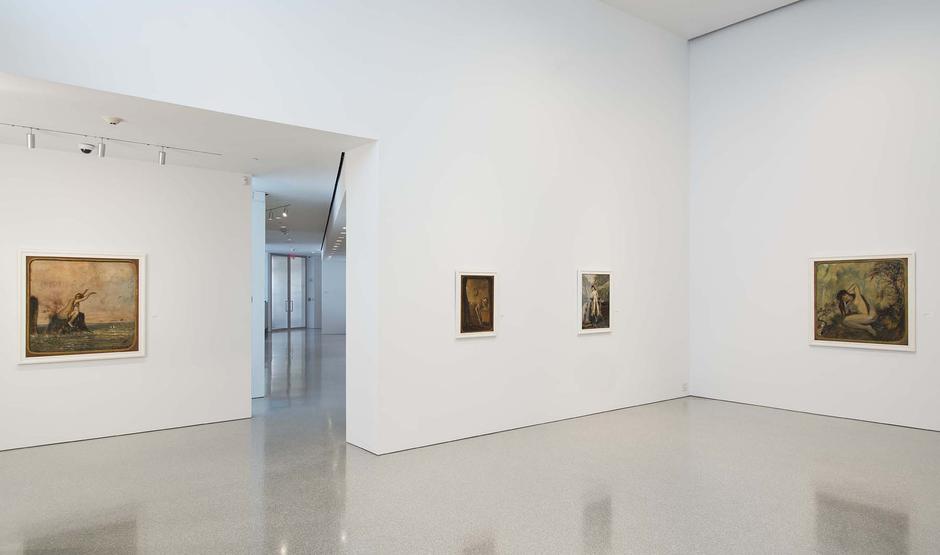 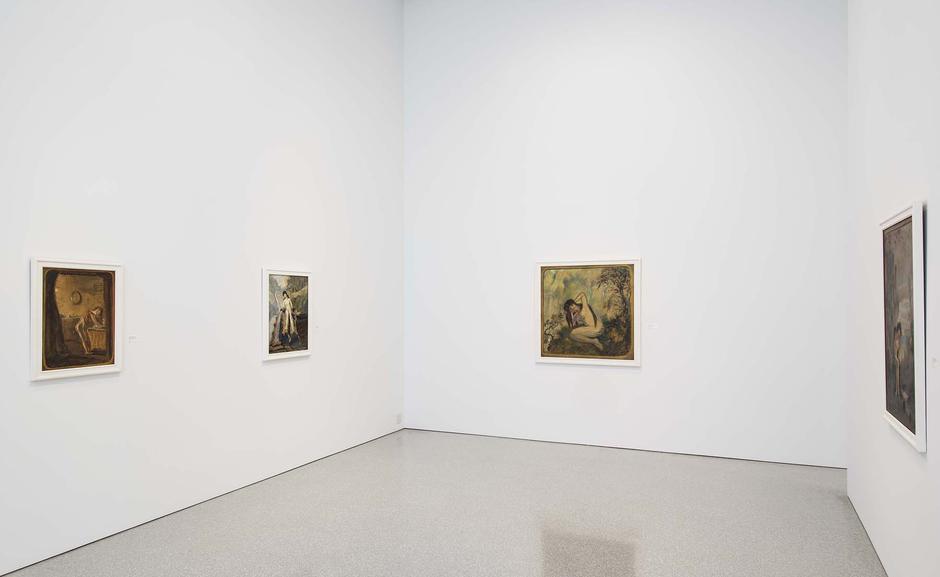 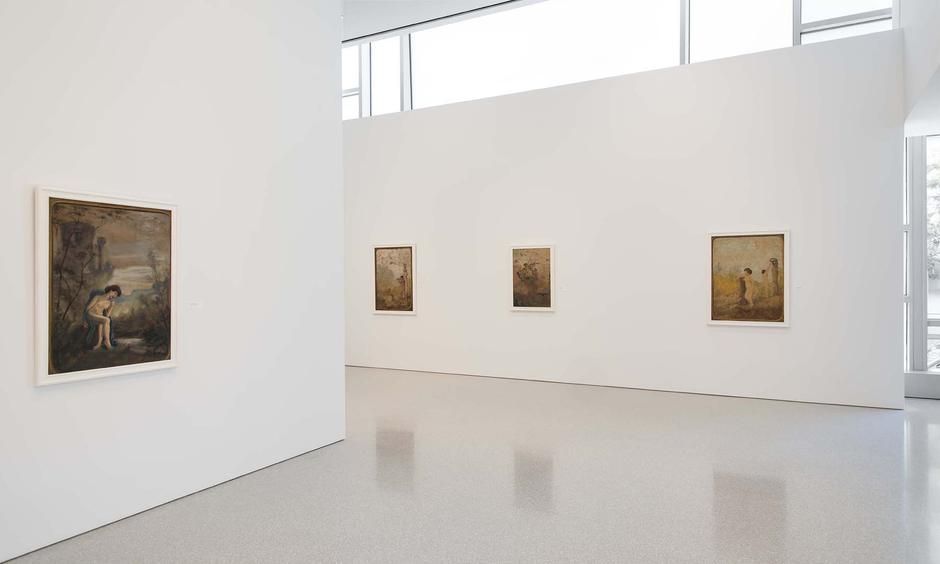 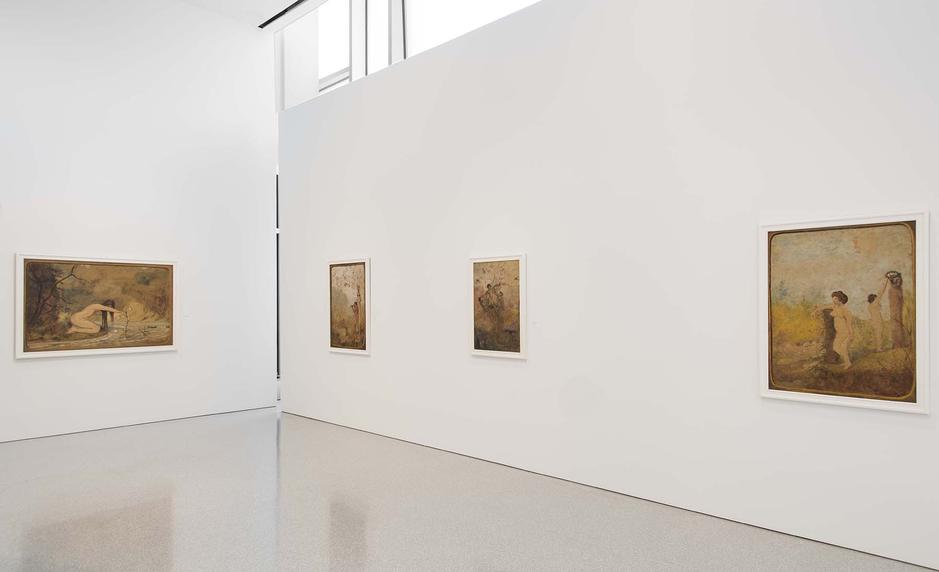 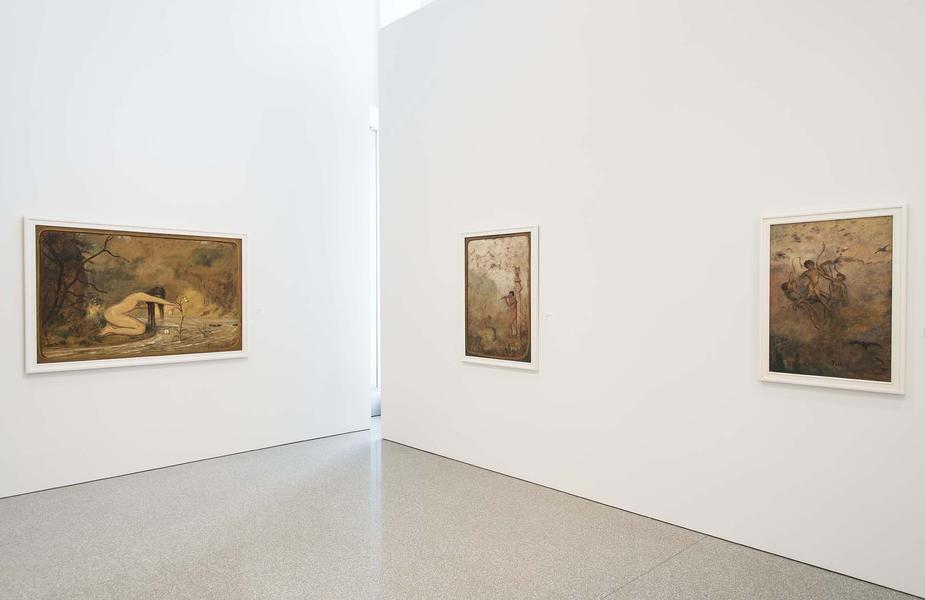 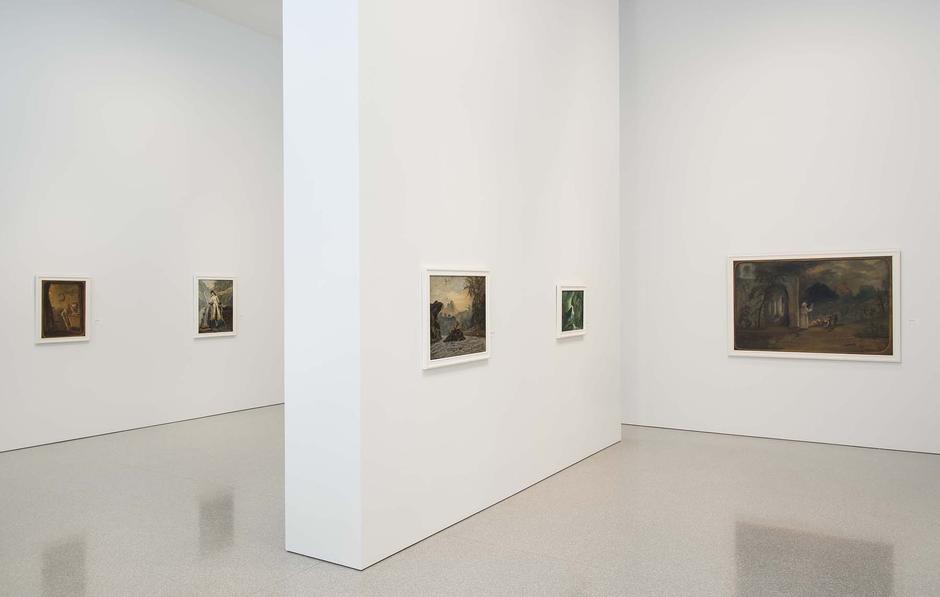 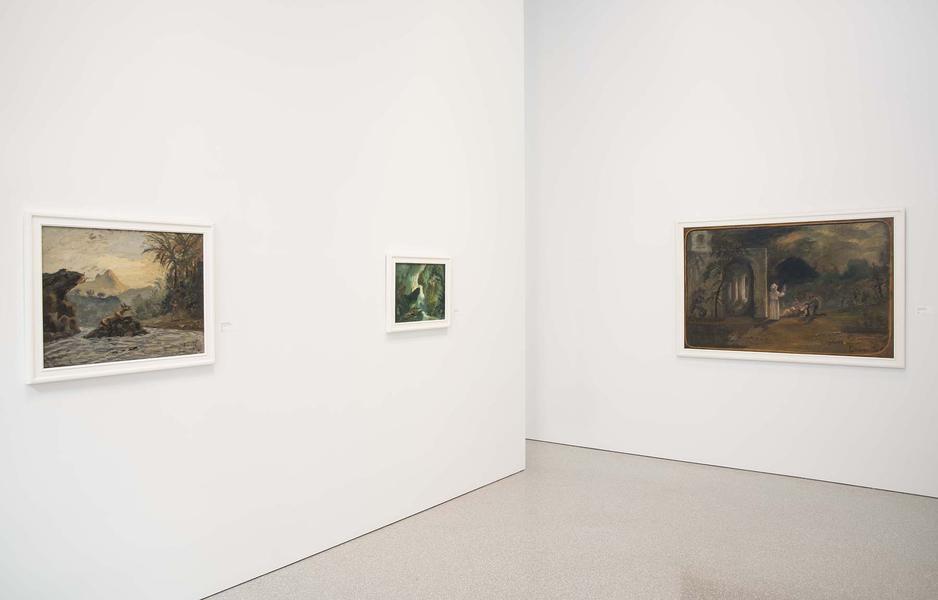 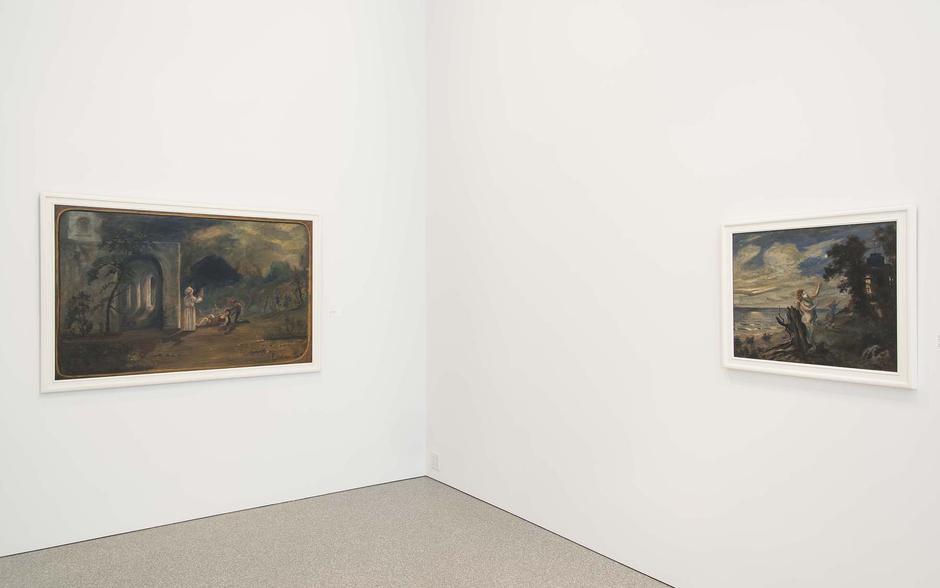 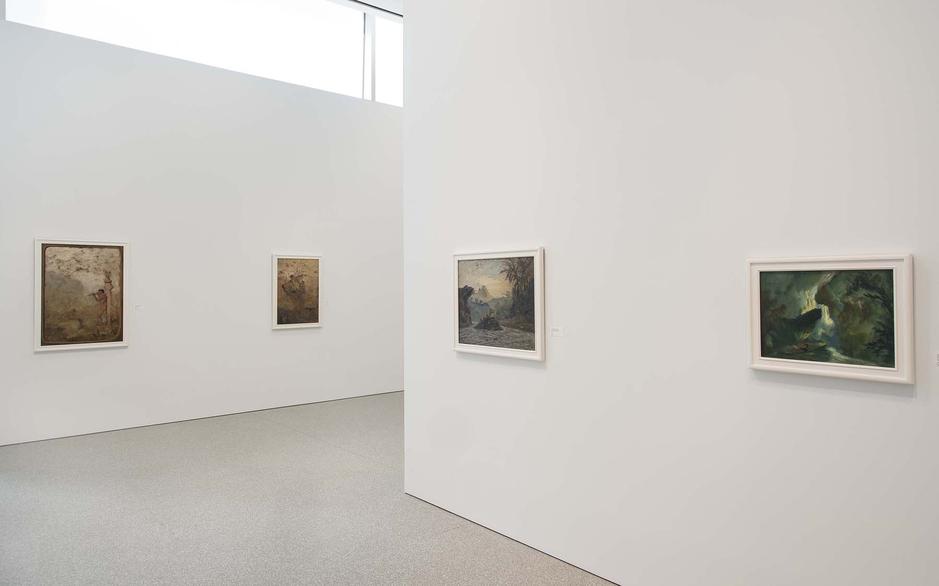 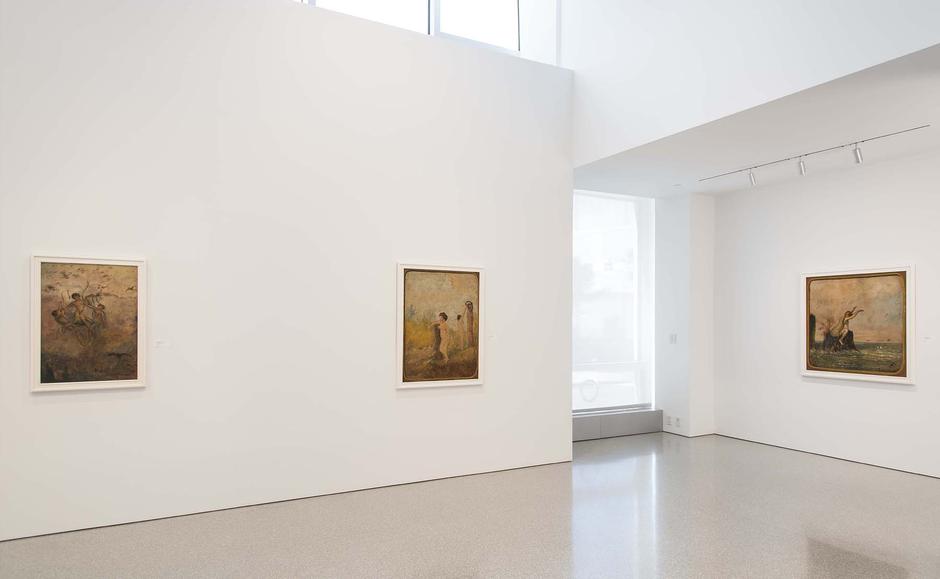 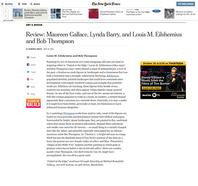 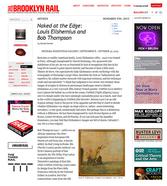 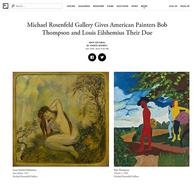 (New York – September 9, 2015) Michael Rosenfeld Gallery is pleased to host a lecture and booksigning reception on Saturday, September 26 with author Stefan Banz. The event is in celebration of the new publication Eilshemius: Peer of Poet-Painters, published by KMD – Kunsthalle Marcel Duchamp | The Forestay Museum of Art. It coincides with the Michael Rosenfeld Gallery exhibition, Naked at the Edge: Louis Eilshemius, on view Tuesday, September 8 through Saturday, October 31.

About Louis M. Eilshemius
Louis M. Eilshemius (American, 1864-1941) was a fascinating outsider of the New York art scene at the beginning of the twentieth century, and an artist whose entire oeuvre had remained practically unknown to the general public. Not until artist Marcel Duchamp discovered him—at the age of fifty-three—in the famous first exhibition of the Society of Independent Artists at the Grand Central Palace in New York in 1917 did he attract the attention of the international art world. Following his discovery, Duchamp and patron of the arts Katherine S. Dreier organized Eilshemius’s first solo exhibitions at the now legendary Société Anonyme in New York (1920, 1924). Eilshemius’s name was suddenly on everyone’s lips: some of the most prominent art critics of the time wrote about him and some of America’s most influential collectors began to take an interest in his work. Eilshemius, himself, exhausted and frustrated by his years of failure and having grown increasingly eccentric - and perhaps also somewhat confused by the sudden change in the reception of his art - ceased painting in 1921. His works, on the other hand, received ever-greater recognition and was exhibited in the most reputable galleries of New York. Between 1932 and his death in 1941, there were more than thirty exhibitions of Eilshemius’s work.

On View at the Gallery: Naked at the Edge
Michael Rosenfeld Gallery is proud to present its first solo exhibition featuring the work of Louis E. Eilshemius. Naked at the Edge: Louis Eilshemius includes fifteen major paintings, dating from c.1905 to c.1920. Known as an artist’s artist who painted romantic landscapes with nymphs and nudes, Eilshemius has been collected by art world masters, including Louis Nevelson, Jeff Koons and Ugo Rondinone. In a recent statement, commenting on the KMD publication and Michael Rosenfeld Gallery exhibition, Rondinone states, “The art world loves an overlooked genius, especially one of whom it can be said that he was ‘ahead of his time’, and in Louis M. Eilshemius,  the Swiss artist and scholar Stefan Banz has picked a peach of a subject. He does an excellent job of putting right old unfairness’s by reinstating him to the pantheon of great late 19th-century landscapists. For whereas Turner and Constable gave their contemporaries a vision of England that tactfully harmonized the new and the old, Louis M. Eilshemius did something quite different for America. His landscapes are not only innocent of the signs and tokens of the industrial age, but they bear only a fleeting resemblance to what you might have seen if you had stood by his elbow at the moment of their making.”

About the Book
In his long awaited book, Eilshemius: Peer of Poet-Painters, author Stefan Banz has gathered an abundance of astonishing and hitherto unavailable and/or unknown documents – the nucleus of which are Eilshemius’s countless and controversial letters to the editor that appeared in such American newspapers as The New York Times and The New York Sun. In his expansive essay, Banz is the first to question whether and to what extent Eilshemius influenced the artistic thinking of Marcel Duchamp and also, whether and in what way he inspired Duchamp to open new doors for twentieth century art. With illustrations from over seventy public and private collections, this book gives the reader a profound insight into the fascinating oeuvre of this historically significant artist.

This is the first comprehensive monograph (768 pages) on the artist with 529 illustrations and new scholarship, providing profound insight in to this historically significant artist (Zurich, Switzerland: JRP/Ringier, 2015).

Winner of the 2016 Rollins Book Award!

About the Author
Stefan Banz is an author and artist. In 1989, he co-founded the Kunsthalle Luzern and served as its first artistic director until 1993. From 1994 to 1997, he was the artistic consultant and curator of Galerie Hauser & Wirth (Zurich). In 2005, he served as the curator for the Swiss Pavilion at the 51st Venice Biennale.  In 2009, he co-founded with Caroline Bachmann the KMD – Kunstalle Marcel DuChamp, and in 2010, he co-organized “Marcel Duchamp and the Forestay Waterfall” in Cully, Switzerland.  Since its inception, he has been the artistic director of KMD. His most recent publications include: What Duchamp Abandoned for the Waterfall (2009); Marcel Duchamp and the Forestay Waterfall (2010); Das Wespennest ist eine Kathedrale. Ein Gespräch mit Jean-Christophe Ammann (2011); La Broyeuse de chocolat. Kunsthalle Marcel Duchamp at Mathildenhöhe Darmstadt (2013) (editor with Caroline Bachmann and Ralf Beil); Marcel Duchamp: Pharmacie (2013); and Jeff Wall: With the Eye of the Mind (2014).

About KMD – Kunsthalle Marcel Duchamp | The Forestay Museum of Art
KMD was founded in 2009 as an artistic project by Caroline Bachmann and Stefan Banz with the aim of organizing a symposium and an international event devoted to Marcel Duchamp and the Forestay Waterfall. KMD is an homage to Marcel Duchamp’s Box in a Valise. It is situated on the shore of Lake Geneva, not far from the Forestay Waterfall, which the artist photographed in 1946 as the starting point of his last masterpiece Etant donnés: 1° la chute d’eau, 2° le gaz d’éclairage...KMD exhibits internationally acknowledged and emerging artists, and publishes hardcover books in small format.