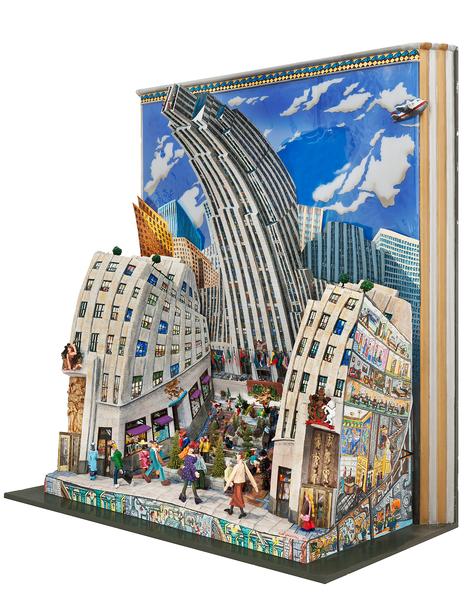 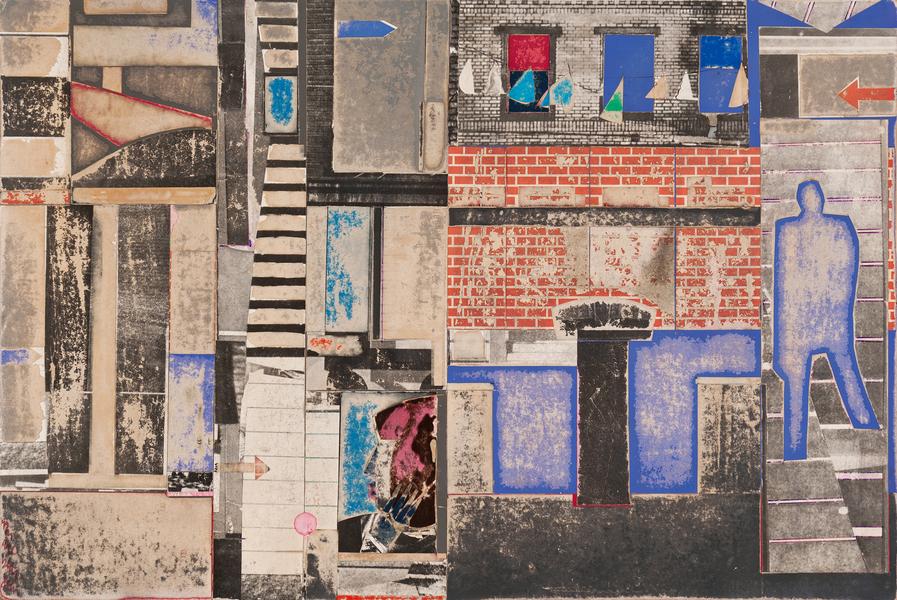 collage of various papers and acrylic on Masonite 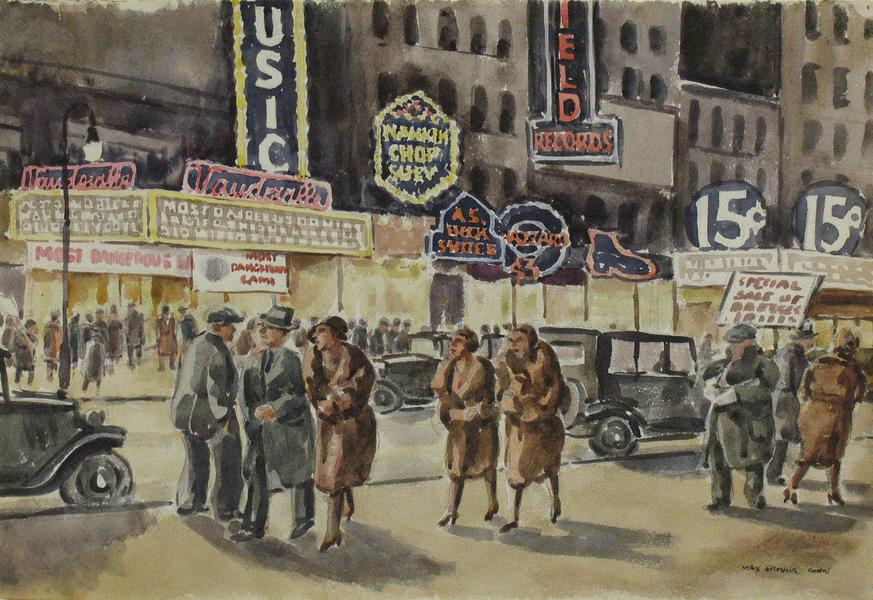 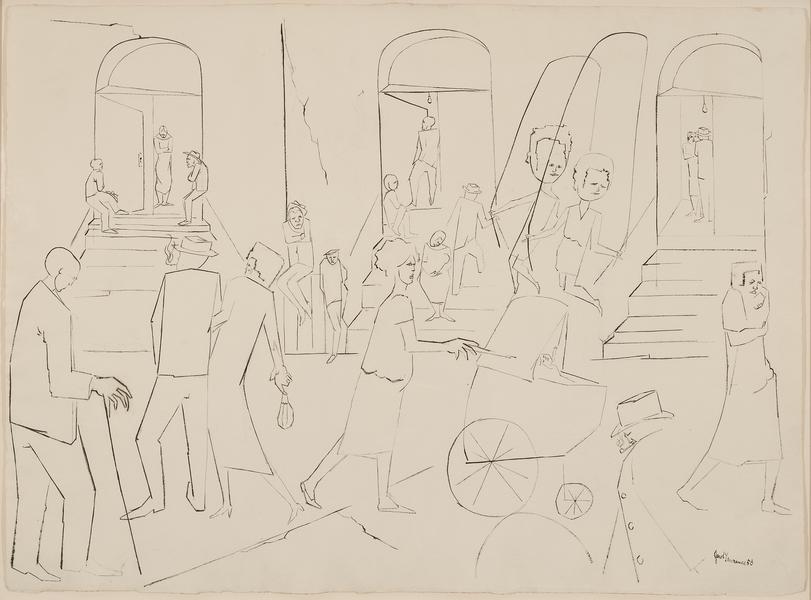 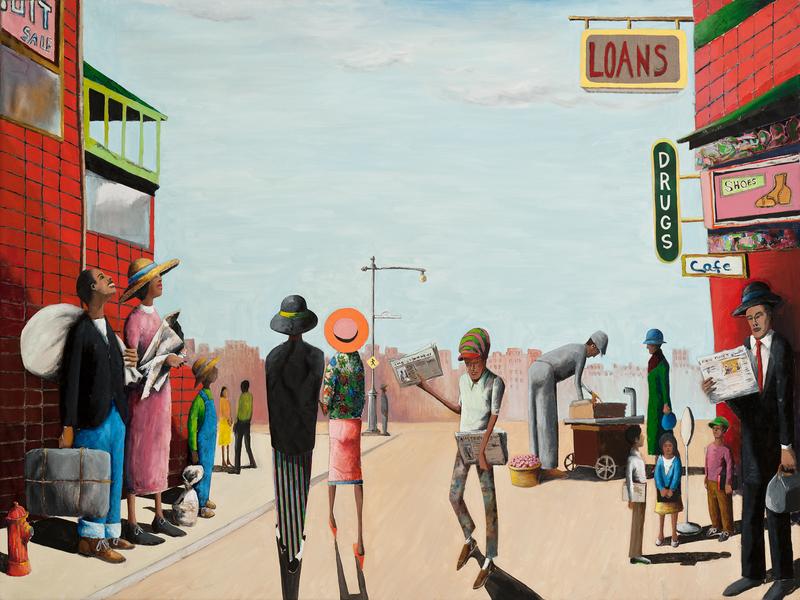 oil and fabric collage on canvas 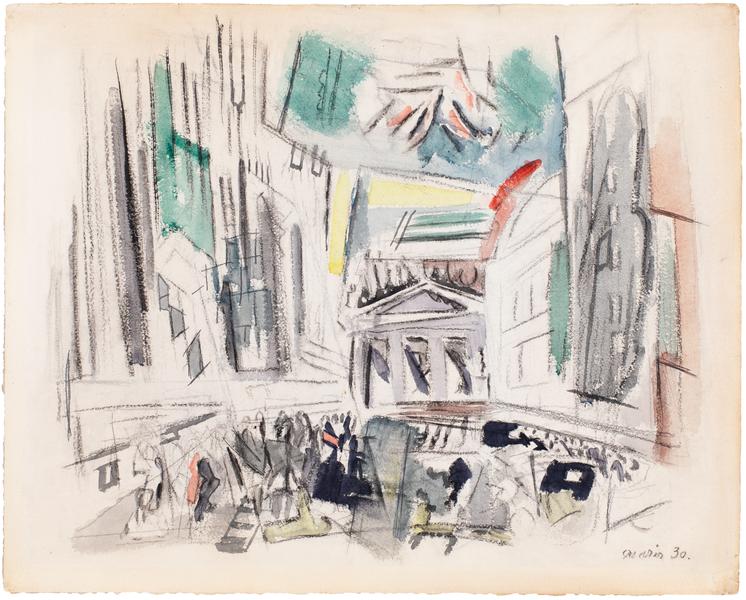 watercolor and charcoal on paper 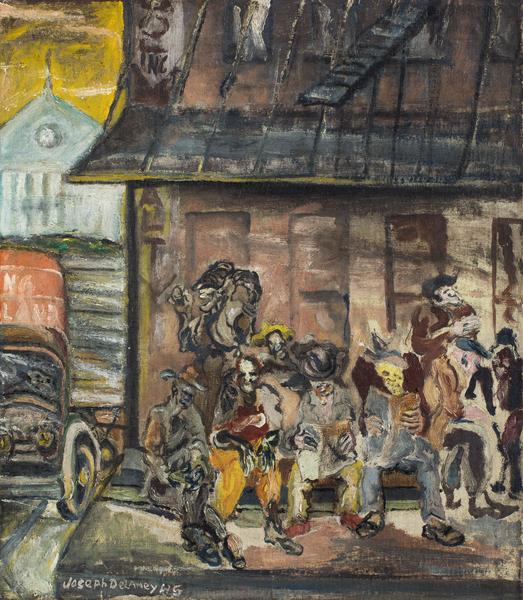 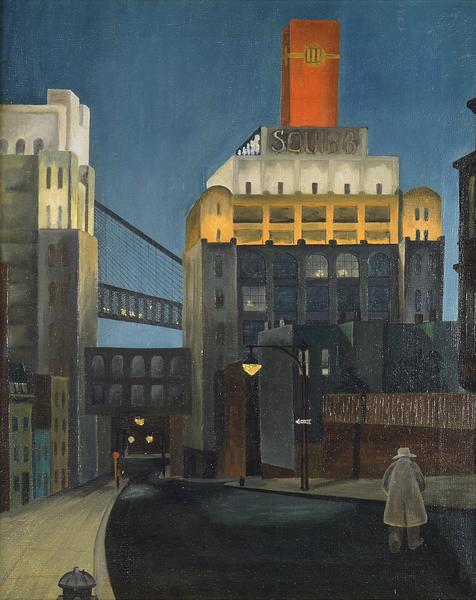 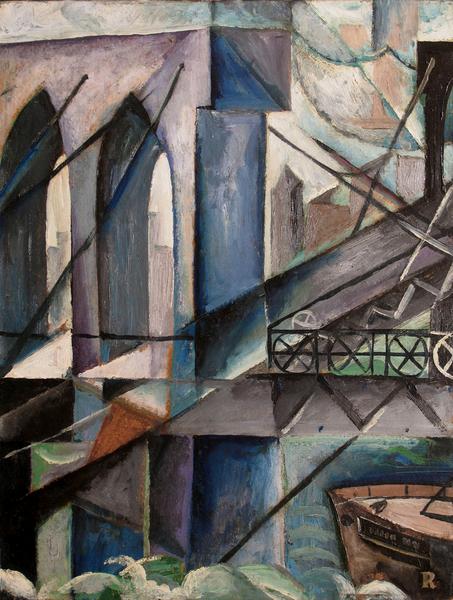 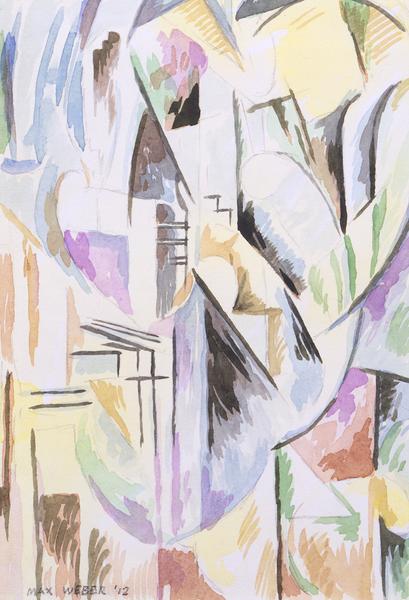 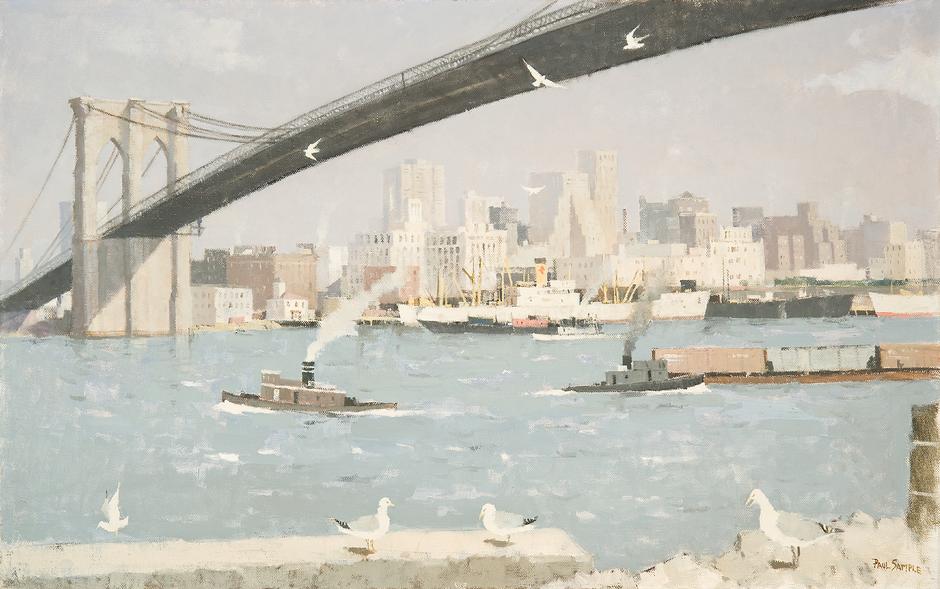 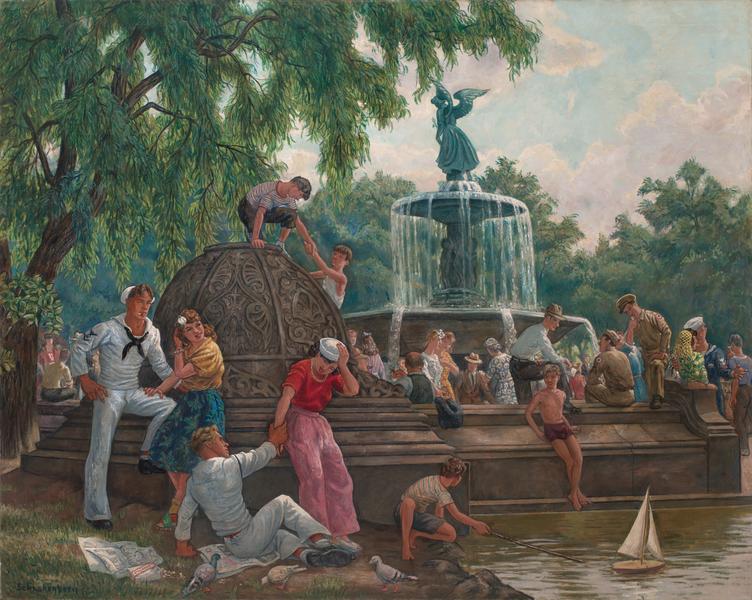 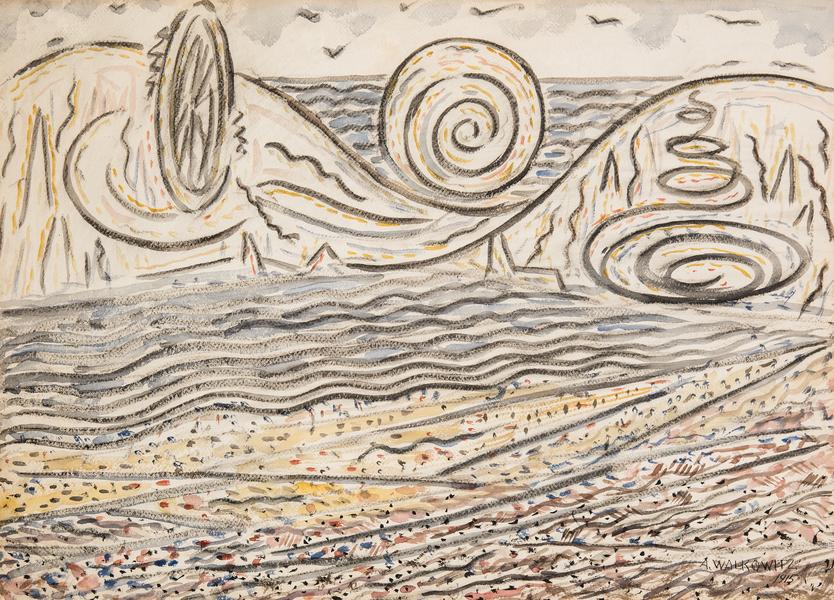 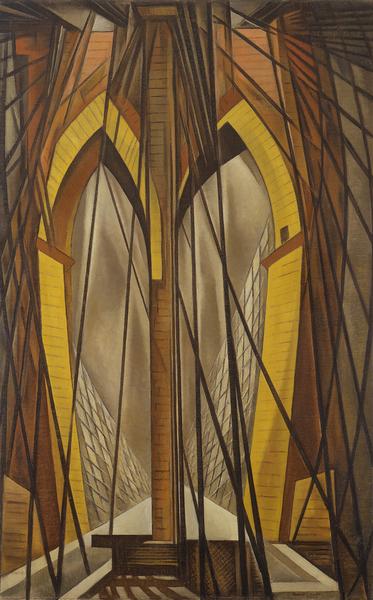 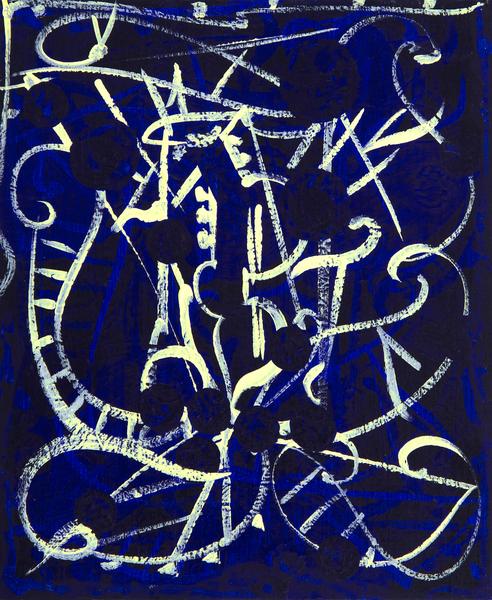 “Electrically illumined contours of buildings, rising height upon height against the blackness of the sky now diffused, now interknotted, now pierced by occasional shafts of colored light. Altogether—a web of colored geometric shapes, characteristic only of the Grand Canyons of New York at night.” —Max Weber [1]

New York City—the home of Michael Rosenfeld Gallery—has been a source of inspiration to artists for centuries. A global hub of creativity, the metropolis has attracted artists from near and far who have consistently been drawn to its diverse community, breathtaking vistas, welcoming ports, densely populated streets, electrifying cacophony and arresting grit. In the mid-nineteenth century, the city saw a rise in its artist population thanks to new construction and renovation of artist studios and apartments. From the 1850s onward, with increased spaces for studios and purpose-built artist buildings, the support of wealthy patrons, and artist organizations like the National Academy of Art and Design, New York became the center of American art. With the turn of the century came industrialization and urbanization with skyscrapers beginning to pierce the New York City landscape. An artist, who came like all others for opportunity and promise, was quite literally surrounded by the sights, sounds and smells of urban architecture, infrastructure and culture. Throughout the twentieth century, artists of all movements and media have captured the appearance and essence of New York. From romantic and picturesque skyline landscapes, to realistic scenes of industry and the gritty streets, to imaginary, dynamic, and abstract modernist interpretations, New York takes on myriad forms in the visual arts. Writer Richard Shepard once stated: “That is New York, a soaring city of change in keeping with the soaring imagination of the artist.”[2]

In 1956, famed curator and art historian Katharine Kuh organized the United States’ presentation at the 28th Venice Biennale with an exhibition titled American Artists Paint the City. Naming New York as the favorite model of the American city for artists nationwide, Kuh used the exhibition to highlight the continued significance of New York as site and source for artists:

“...Most artists use this, the largest metropolis, as their symbol. Despite or perhaps because of its greater loftiness and complexity, they allow it to represent the multitude of other cities in the United States, making it the cumulative symbol of urban America…Cacophonous traffic, soaring architecture, mammoth factories and sprawling slums are commonplaces, but it remained for the writers and painters of America to discover new romance in these very elements...In American life as in America cities there is a disturbing multiplicity, and overlay of sound, color, light and movement which unquestionably influences our artists. One feels the cumulative effect of too much—too fast—too soon...all these artists have one thing in common—the problem of coping with the unbounded turbulence of their surroundings.” —Katharine Kuh in American Artists Paint the City [3]

The artists we present in #NewYorkTough exemplify such an approach in their various depictions of New York City and the multiplicity of life in the urban environment. Their works—dating from 1912 to 2007—capture the metropolis from uptown to downtown, from east to west, and from street to sky, intimately illustrating landmarks and thoroughfares. Infusing realism with aspects of modernism, employing different modes of figuration and abstraction, this exhibition represents New York City’s unparalleled energy, pace and possibility. We are proud to be #NewYorkTough, contributing to the city that for centuries has been a global hub of creativity and innovation. Today, as New York City is at once both an epicenter of a global pandemic and the beating heart of a social justice movement, we honor our home and the artists that have immortalized its incomparable vitality.