Skip to content
Back to top Back to Exhibitions«
Benny Andrews: There Must Be a Heaven 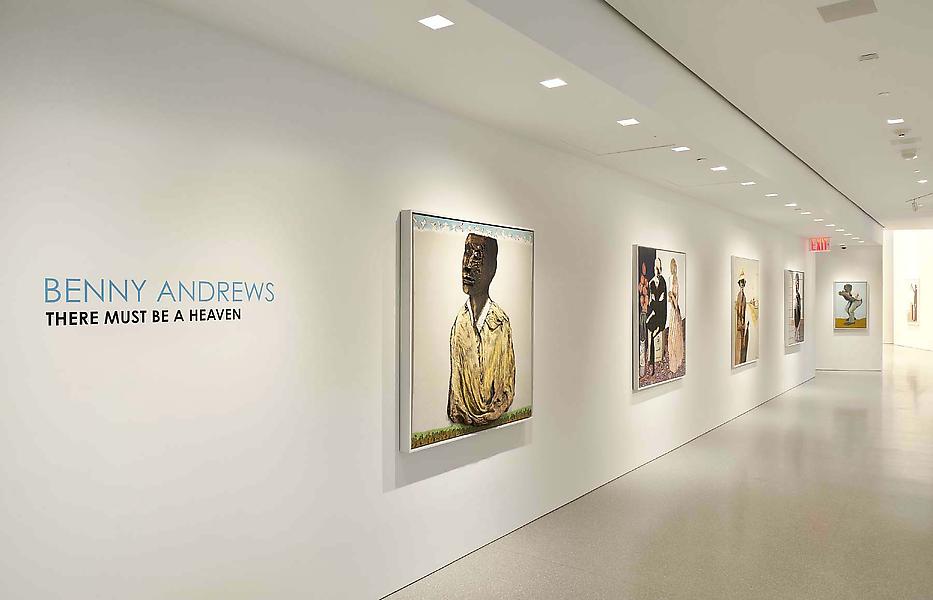 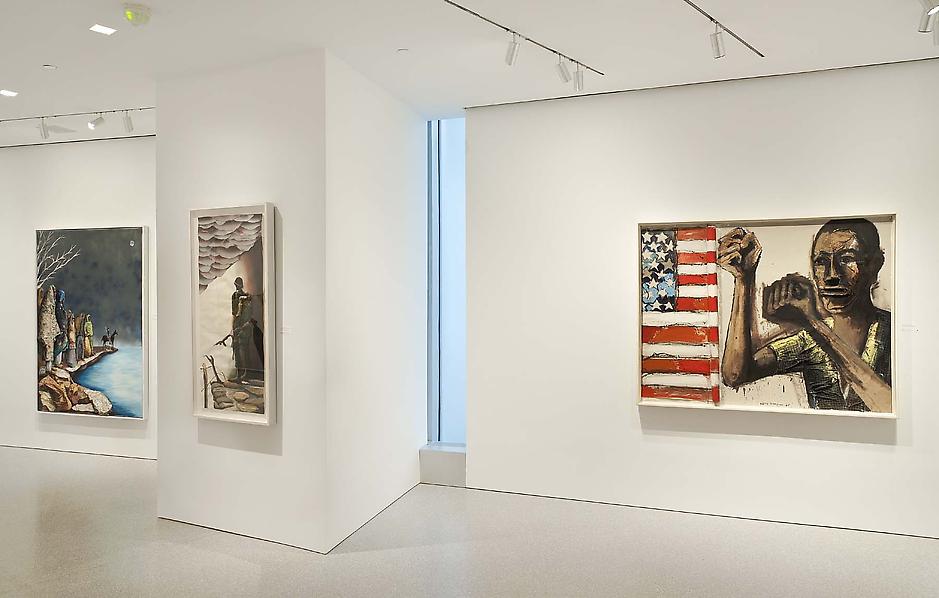 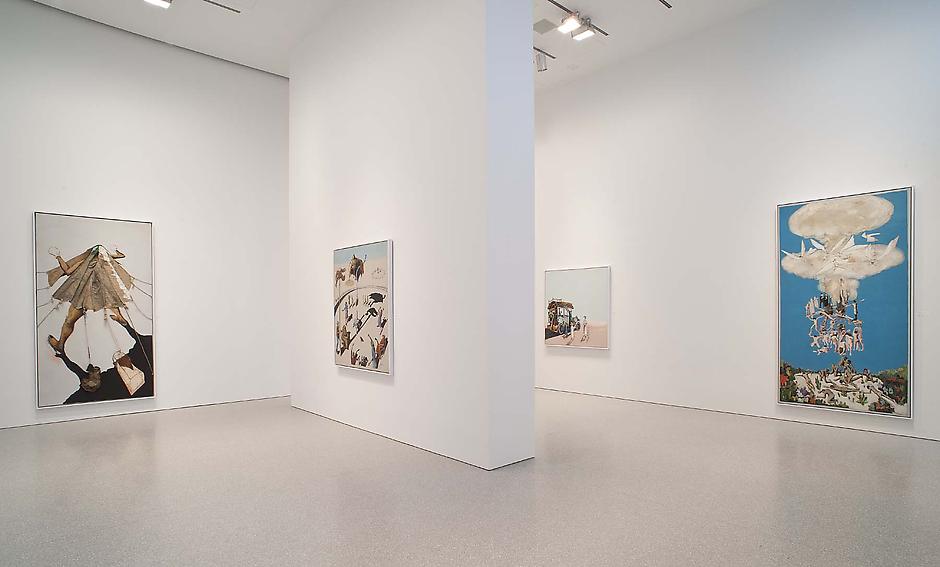 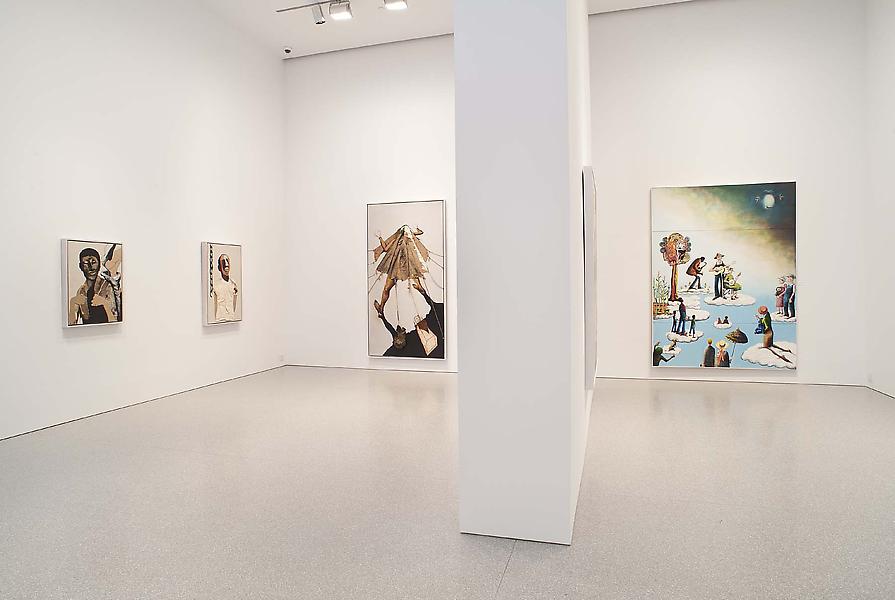 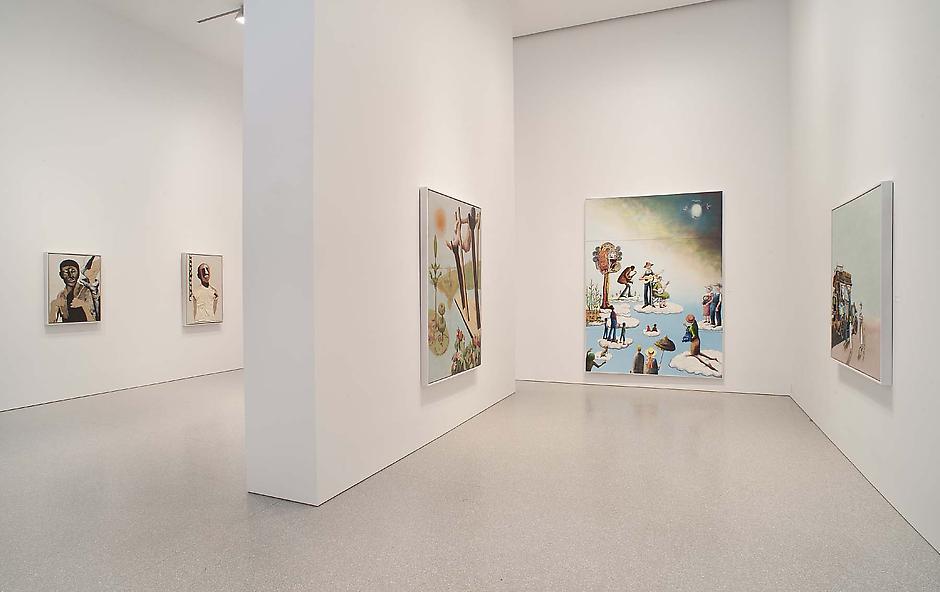 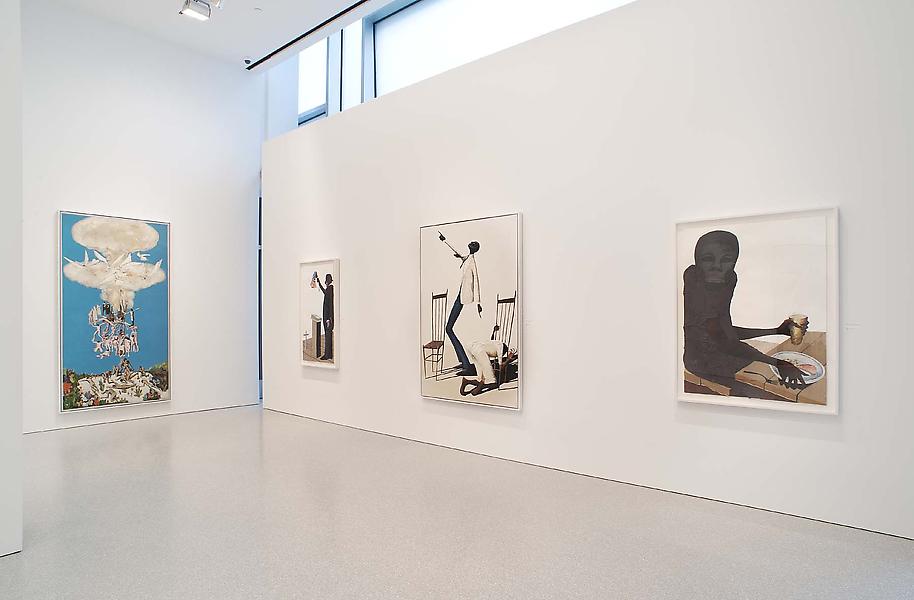 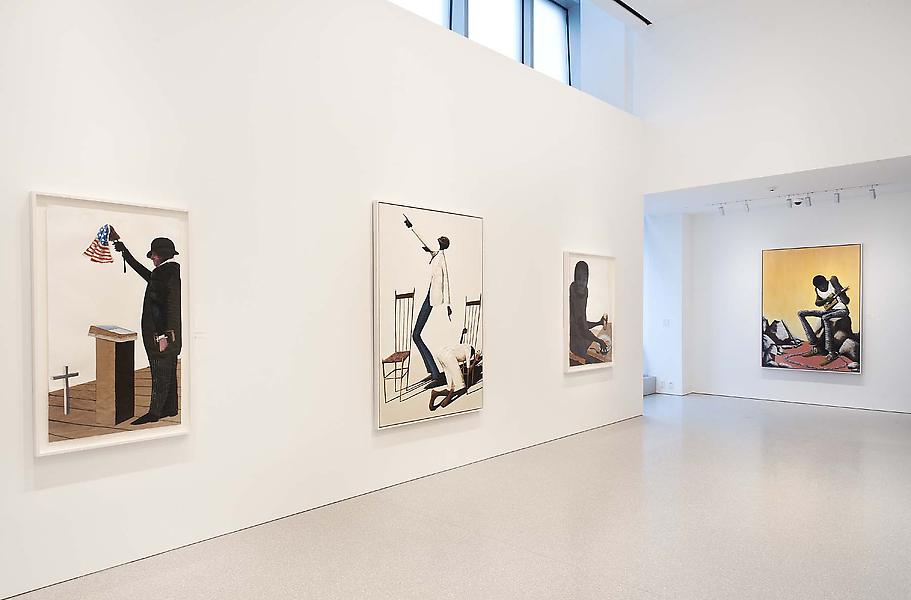 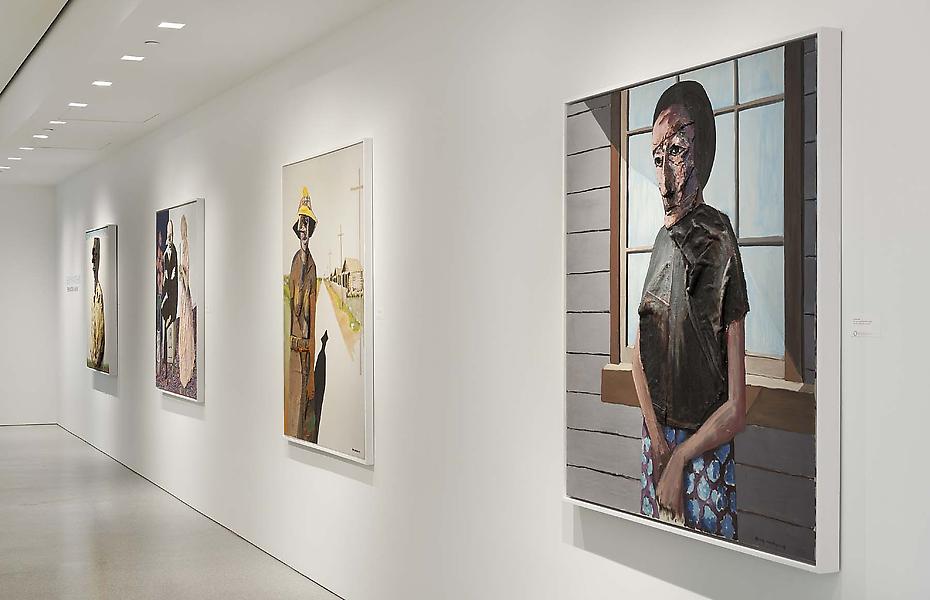 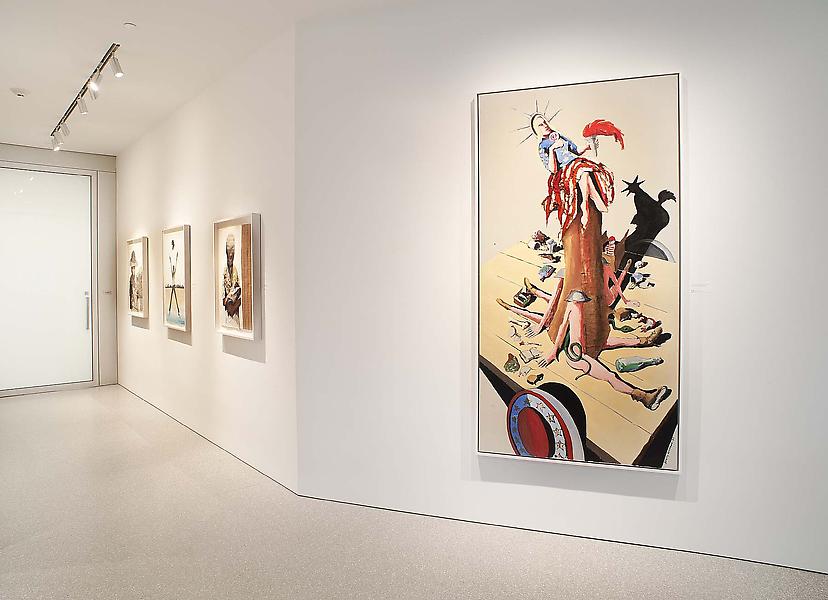 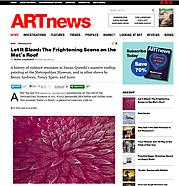 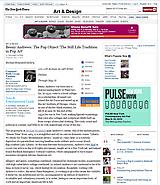 Benny Andrews: There Must Be a Heaven

(New York—March 5, 2013) Michael Rosenfeld Gallery is pleased to present Benny Andrews: There Must Be A Heaven, an exhibition of thirty-six works that span from 1964 to 2005. It is the first comprehensive survey since Andrews’s death in 2006 and the first solo exhibition of his work at Michael Rosenfeld Gallery, which recently moved to 100 Eleventh Avenue in Chelsea. The exhibition is accompanied by a fully-illustrated catalogue featuring an essay by Dr. Lowery Stokes Sims and a foreword by Congressman John Lewis, Member of the U.S. House of Representatives (Georgia).

A self-described “people’s painter,” Benny Andrews (American, 1930-2006) was born in Plainview, Georgia, to a family of sharecroppers. In 1948, he received a small scholarship to attend college, but eventually had to drop out. He joined the US Air Force in 1950, served for the duration of the Korean War, and received an honorable discharge in 1954. With funding from the GI Bill, Andrews returned to school, enrolling in the Art Institute of Chicago. In 1958, he received his degree and left Chicago for New York City.

Settling in a tenement on the Lower East Side, he developed the “rough collage” technique that became a hallmark of his style. As Sims in her catalogues essay explains, “Andrews’s use of collage came out of that fact that he found oil painting ‘too academic’ and imbued with more ‘sophisticated’ associations. He found the textural quality of collage appealing, and he used it to ‘keep himself off balance.’ . . . Andrews’s work, with its calculated awkwardness, unconventional techniques, and Southern focus, exists provocatively alongside that of self-taught artists. But as art historian and Andrews scholar J. Richard Gruber would caution us, despite Andrews’s predilection for ‘realistic subject matter, he was intrigued by the fundamental issues associated with abstract art.’ While he was often in conflict with his instructors and peers over the emphasis on abstract expressionism at the School of the Art Institute of Chicago . . . he would come to be ‘increasingly more convinced that all art was fundamentally abstract.’”

By the 1960s, Andrews had mastered this technique and exhibition opportunities followed. In 1965, with funding from a John Hay Whitney Fellowship, Andrews traveled to Georgia and began working on his Autobiographical Series. He continued to paint, exhibit, travel, write, and teach until his death from cancer at age 76. During his lifetime, he lectured extensively and received numerous fellowships, grants, and other awards from prestigious international institutions. His work is featured in over thirty permanent collections, including the Metropolitan Museum of Art, Museum of Modern Art, High Museum (Atlanta, Georgia), Art Institute of Chicago, Studio Museum of Harlem, and Smithsonian American Art Museum (Washington, DC).

Andrews did not see art as a substitute for action. In 1968, he began teaching at Queens College, CUNY, where he was part of the SEEK (Search for Education, Elevation and Knowledge) program designed to help students from underserved areas prepare for college. In 1969, he was a founding member of the Black Emergency Cultural Coalition (BECC), which advocated for greater representation of black artists, curators, and intellectuals within major museums. In 1971, the art classes he had been teaching at the Manhattan Detention Complex became the cornerstone of a nation-wide prison art program. From 1982 to 1984, he directed the NEA’s Visual Arts Program, and shortly before his death in 2006, Andrews was working on an art project in the Gulf Coast with children displaced by Hurricane Katrina. In 2002, he and his wife, sculptor Nene Humphrey, established the Benny Andrews Foundation to help emerging artists gain greater recognition and to encourage artists to donate their work to historically black museums. In 2008, The Foundation donated over 300 of Andrews’s artworks to the United Negro College Fund (UNCF) to be distributed to appropriate cultural and educational institutions that will use the artworks as a foundation for education initiatives.

In 2008, Michael Rosenfeld Gallery became the representative of the estate of Benny Andrews, but the gallery has been exhibiting his work regularly since 1994. Most recently, Andrews was part of the 2012 exhibition Benny Andrews, Bob Thompson, Alice Neel, which brought together three New York friends, who steadily pursued figural expressionism in a creative landscape dominated by abstraction and minimalism.

Lowery Stokes Sims, author of “Benny Andrews: From Earth to Heaven and Back,” is the Charles Bronfman International Curator at the Museum of Arts and Design. She was on the education and curatorial staff of the Metropolitan Museum of Art from 1972-1999 before serving as executive director, president, and adjunct curator for the permanent collection at The Studio Museum in Harlem (2000-2007). A specialist in modern and contemporary art, Sims is known for her expertise in the work of African, Latino, Native, and Asian American artists. She has lectured and guest curated exhibitions nationally and internationally and was a visiting professor at Queens College and Hunter College in New York City, a fellow at the Clark Art Institute, and a visiting scholar in the Department of Art at the University of Minnesota in 2007. She has also served on the selection jury for the World Trade Center memorial and is on the boards of ArtTable, Inc., the Tiffany Foundation, and Art Matters, Inc.