Skip to content
Back to top Back to Exhibitions«
Alfonso Ossorio: Blood Lines, 1949-1953 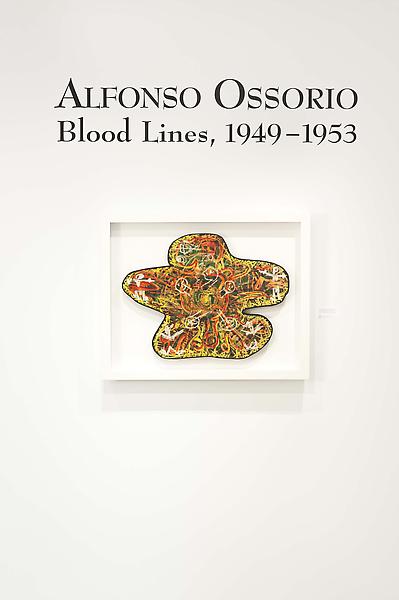 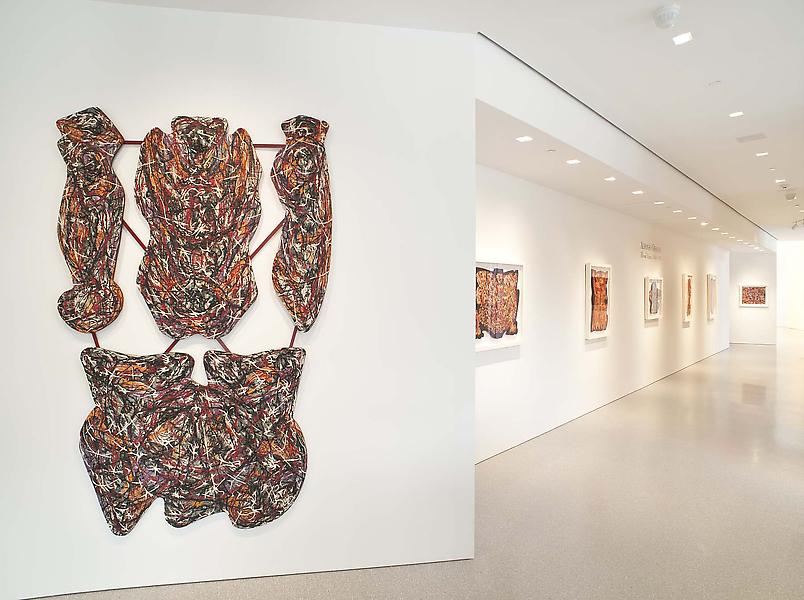 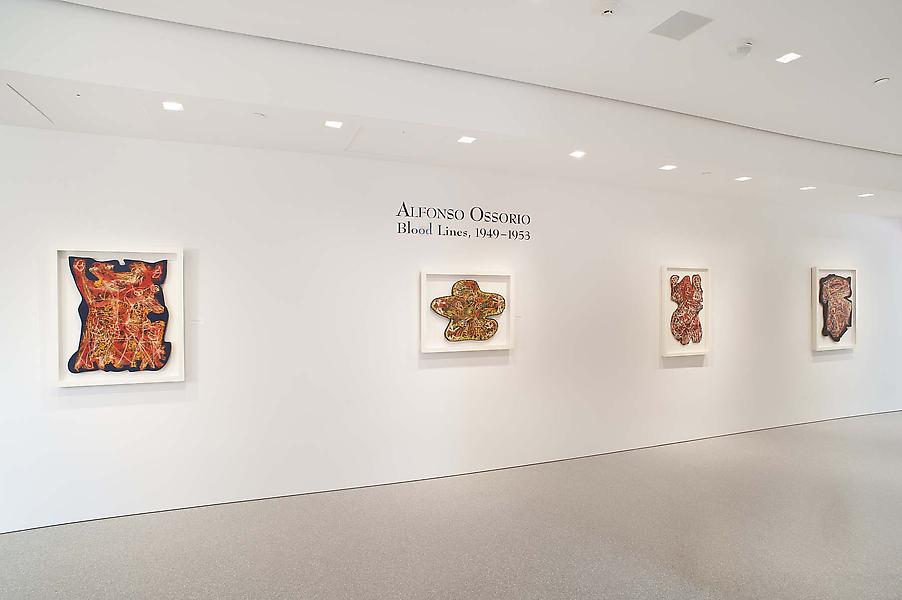 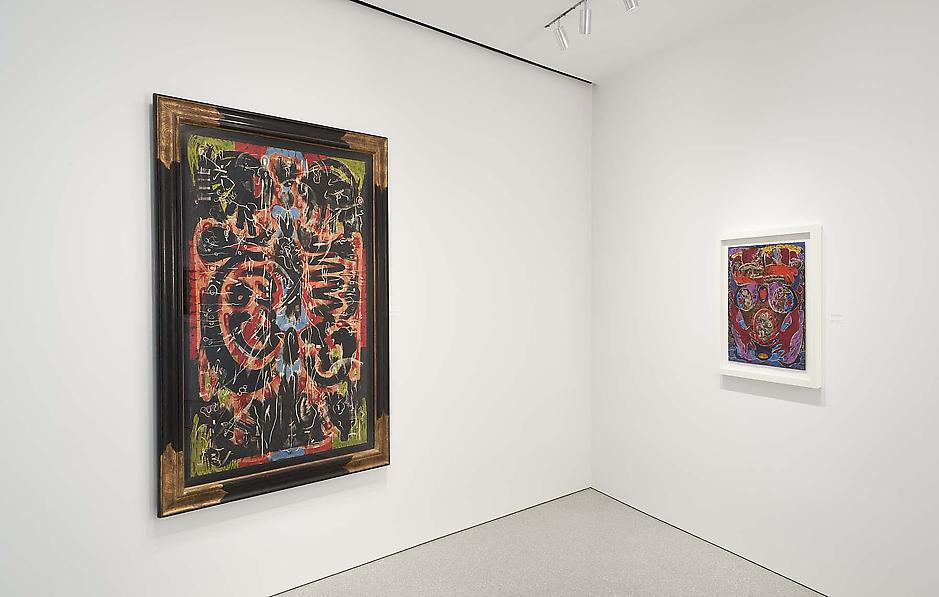 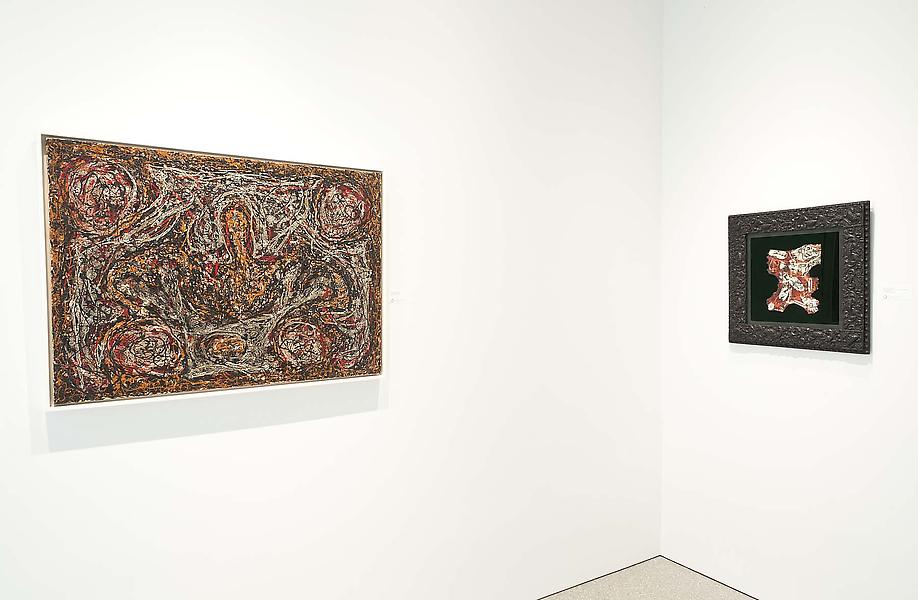 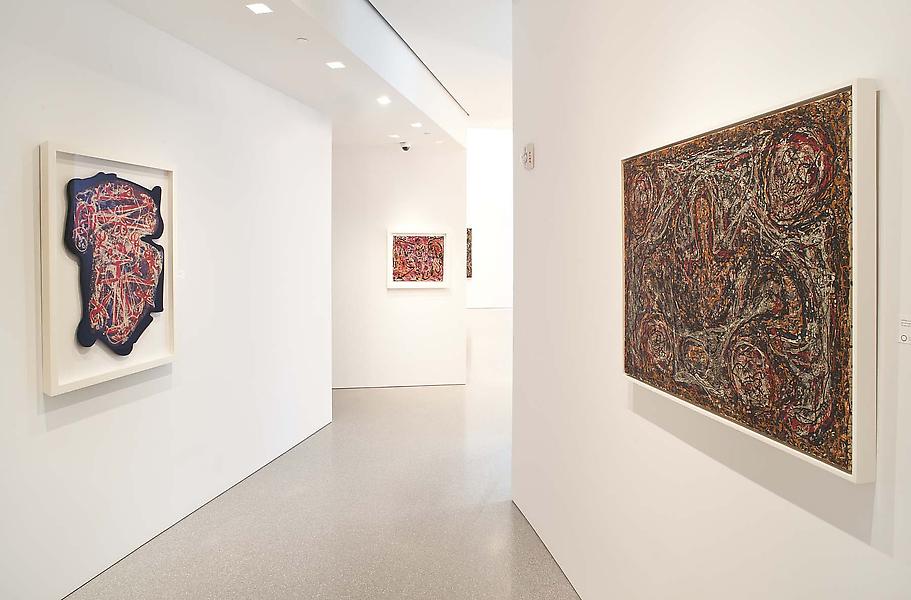 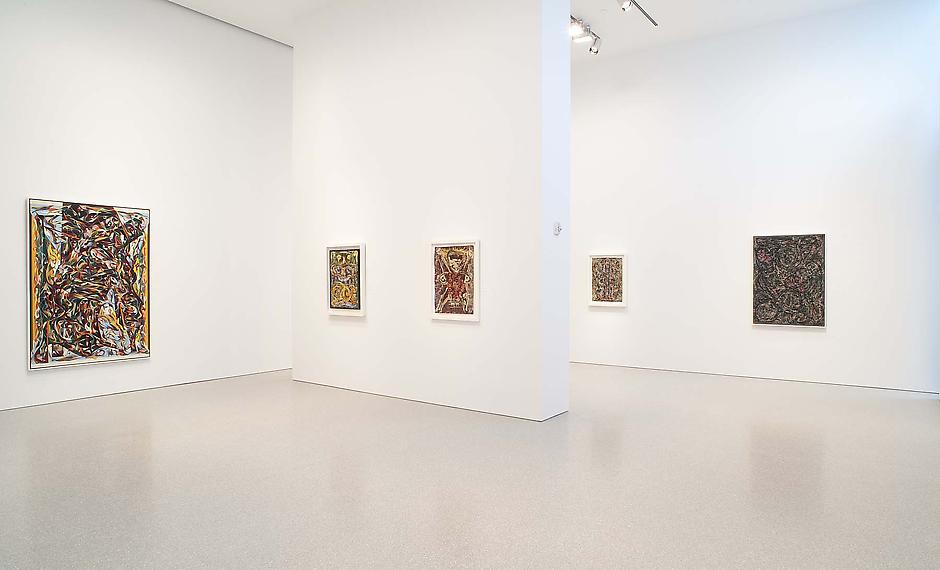 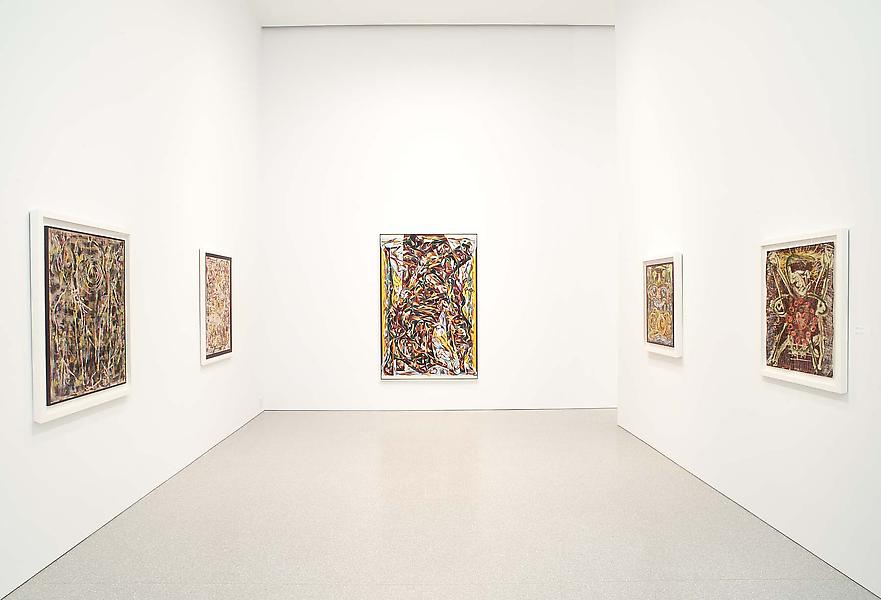 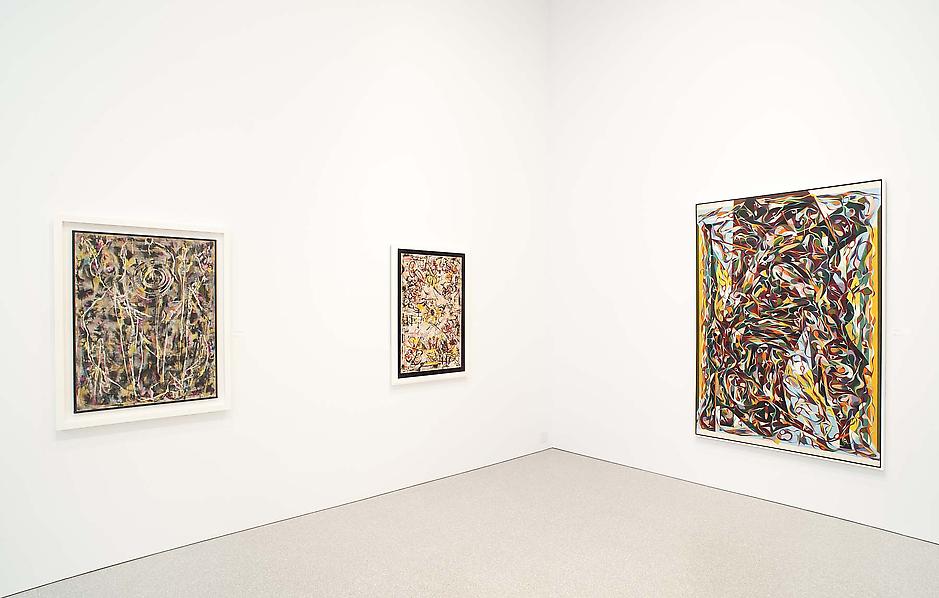 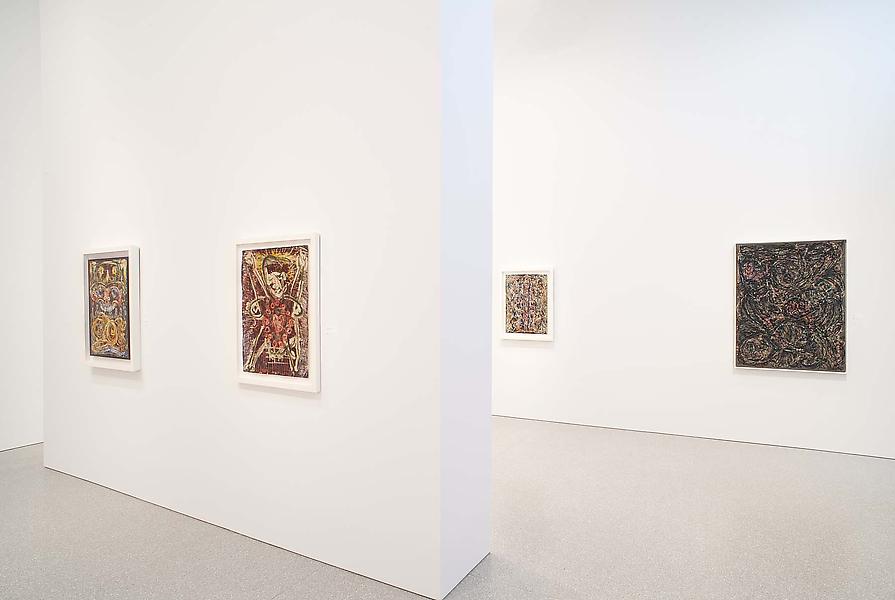 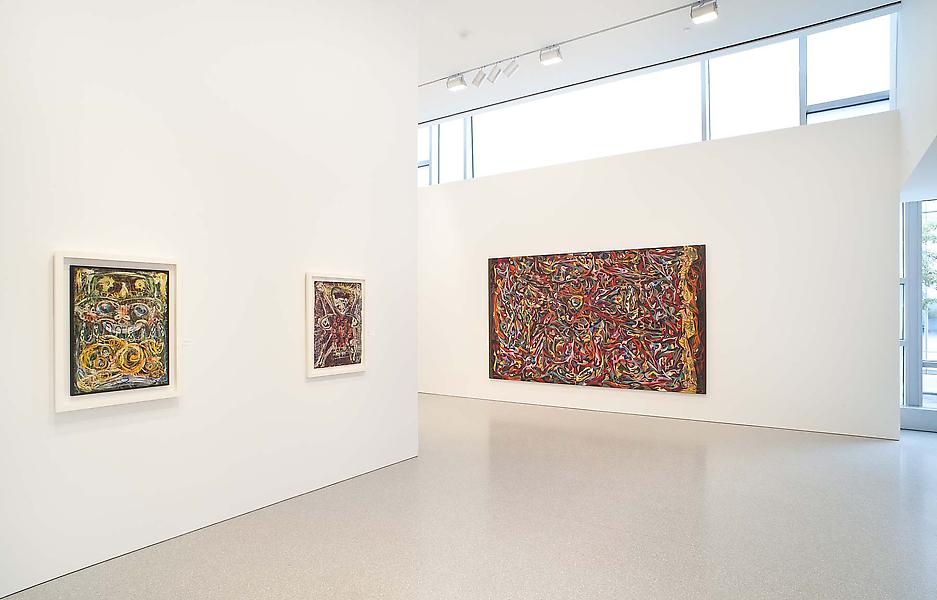 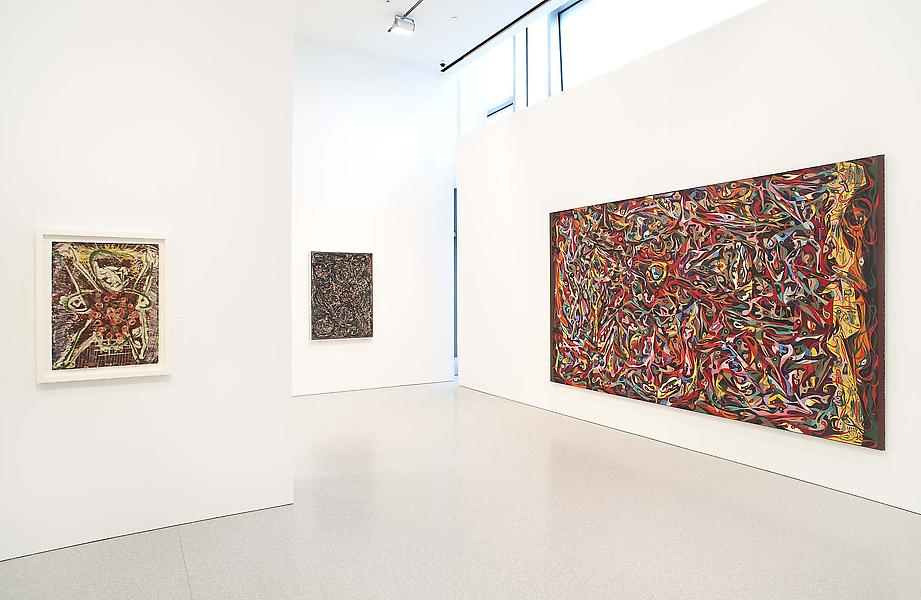 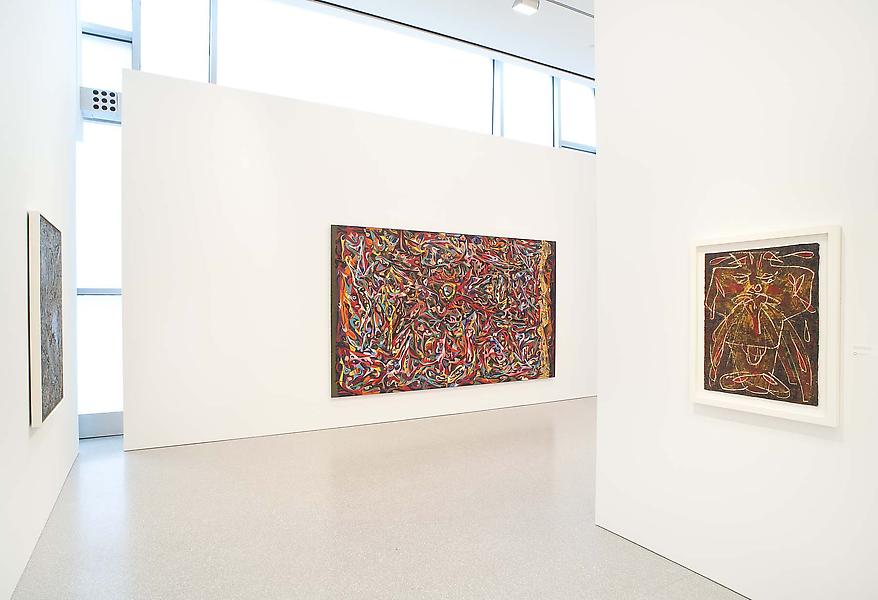 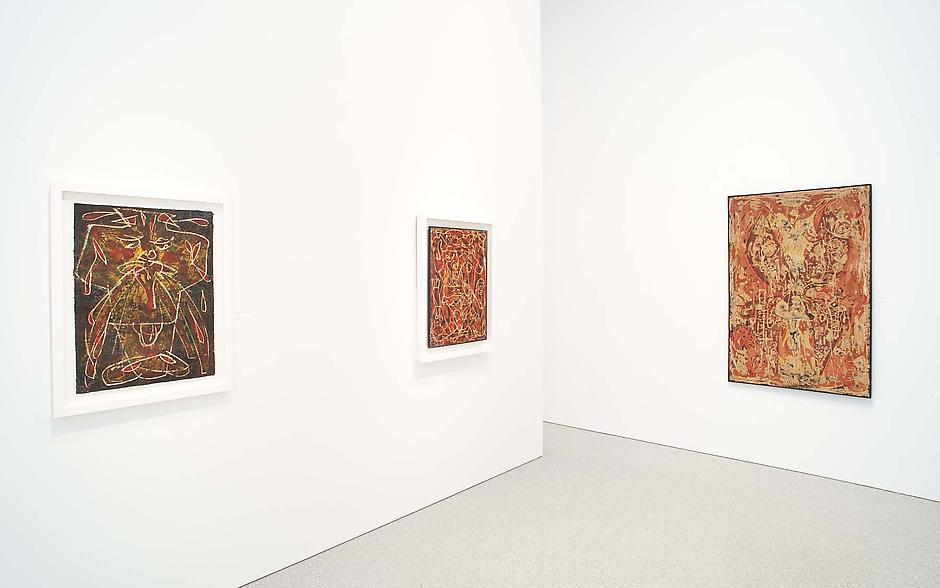 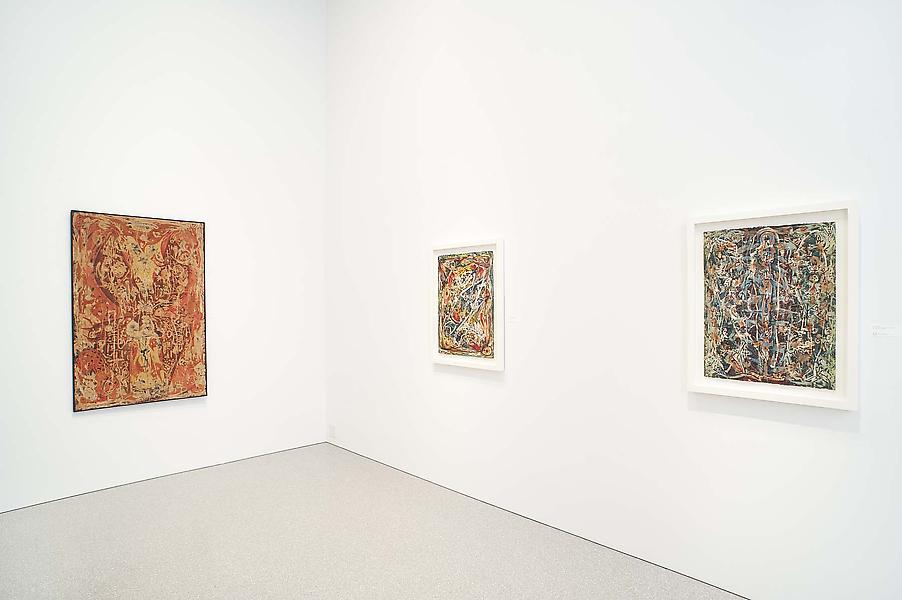 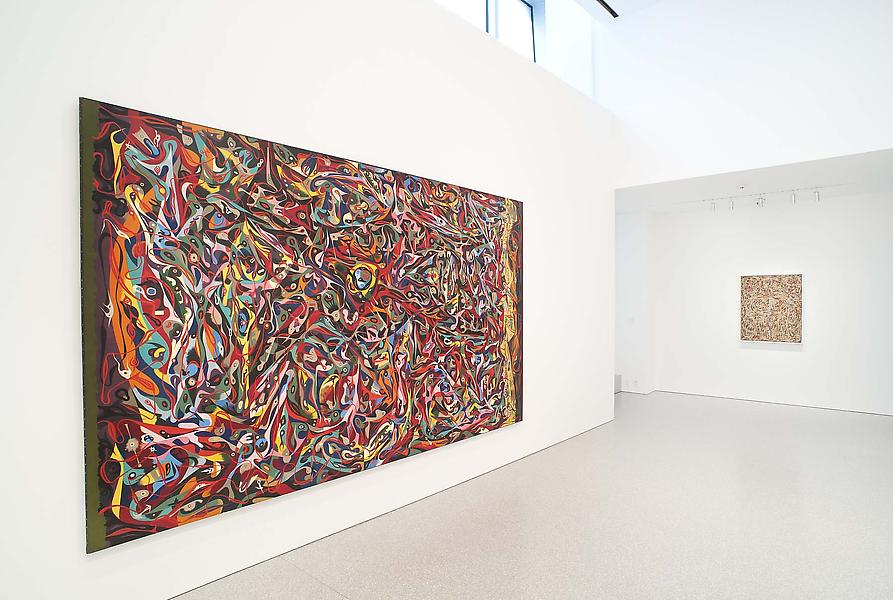 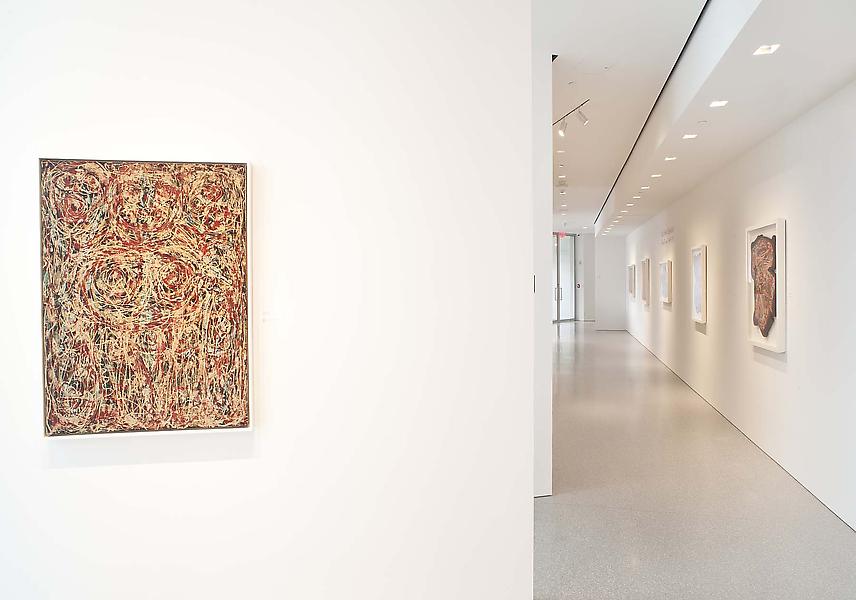 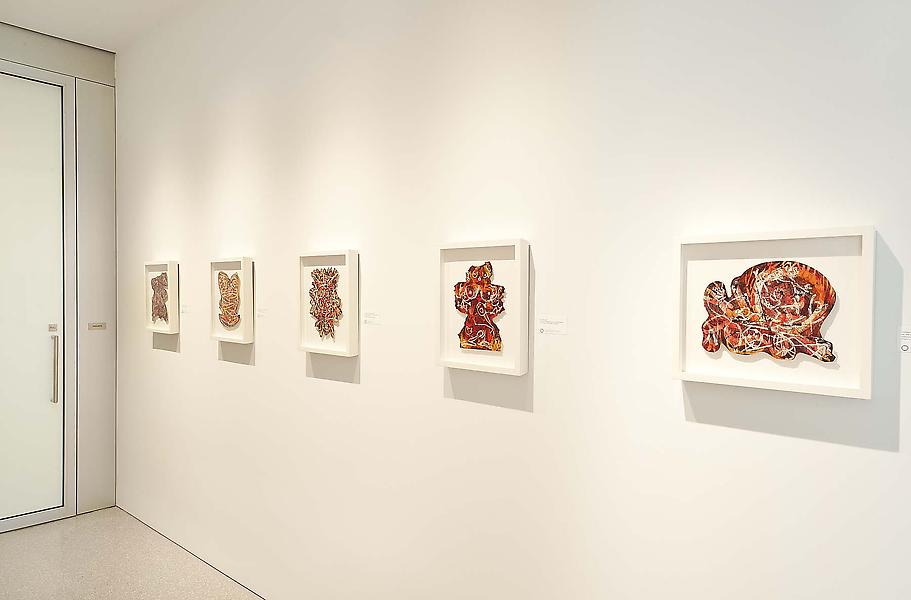 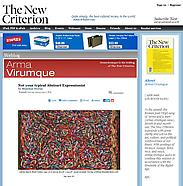 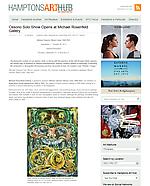 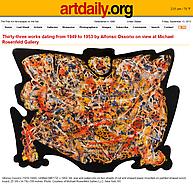 “By fusing the content of conception, birth, or being with the assertion of the self through artistic gesture, the energy sign of existence in abstract expressionism, Alfonso created a sphere of meanings. Examining the existential in all possible dimensions and from all points of view, he created a new "holistic" image.” (1)

(New York—September 5, 2013) Michael Rosenfeld Gallery is pleased to present Alfonso Ossorio: Blood Lines, 1949-1953, an exhibition of thirty-three works dating from 1949 to 1953, the majority of which Ossorio created in 1950 while working on a mural for a church dedicated by his family in the Philippines. Striking for their hot, vivid, deep colors, pierced and jagged forms, and pulsating energy, these wax-resist paintings on paper, done at the height of abstract expressionism’s ascendancy, captivated Jackson Pollock and Lee Krasner and inspired Jean Dubuffet to write his only monographic study on Ossorio. Although the paintings circulated among artists and held a special place in Ossorio’s body of work, they remained largely under-exhibited until after the artist’s death in 1990.

This exhibition is the tenth that the gallery has dedicated exclusively to Ossorio’s work over the past twenty-five years, and Michael Rosenfeld Gallery has worked extensively with the artist’s family in order to mount such a comprehensive exhibition of the “Victorias Drawings” and related work. Alfonso Ossorio: Blood Lines, 1949-1953 coincides with Angels, Demons, and Savages: Pollock, Ossorio, Dubuffet (organized by the Phillips Collection, Washington, DC and the Parrish Art Museum, Watermill, New York, where it is currently on view), to which the gallery is a proud lender. Alfonso Ossorio: Blood Lines, 1949-1953 is accompanied by a color catalogue containing essays by Michael Solomon and Kent Minturn, as well as a never-before-published translation of the original appendix for Peintures initiatiques d’Alfonso Ossorio (The Initiatory Paintings of Alfonso Ossorio), Dubuffet’s 1951 monograph.

A close friend and supporter of abstract expressionist artists, Alfonso Ossorio was born in Manila, the Philippines and educated in Catholic boarding schools before coming to the United States in 1930. In 1933, he became a U.S. citizen and a year later, matriculated at Harvard University. He received his BA in 1938, after successful completion of a senior thesis titled Spiritual Influences on the Visual Image of Christ. In the late 1940s, he began to explore abstraction, forming vital friendships with Jackson Pollock and Jean Dubuffet, who showed Ossorio the value of reaching inward for inspiration rather than starting with an object or world external to himself. His growing interest in abstraction coincided with his reading Nandor Fodor’s The Search for the Beloved—A Clinical Investigation of the Trauma of Birth and Pre-Natal Conditioning, which saw human gestation and birth as traumatic, violent processes.

In 1950, Ossorio traveled to Victorias, Negros, to work on a mural for the Church of Saint Joseph the Worker, which his family had built. The trip signaled his first time in the Philippines since he was ten years old. The return “home” opened old wounds from Ossorio’s youth, including conflict about his sexuality and the effects of his devoutly Catholic upbringing. While in Victorias, as a way to address these feelings and as a form of liberation from the stylistic restrictions of the mural project, he produced a stunning set of paintings collectively known as the Victorias Drawings, all centered on themes of childhood, birth, sexuality, mythology, and religion. Ossorio used a wax-resist technique that he developed after seeing it used in the work of Romanian surrealist Victor Brauner. After applying a light color wash to the paper, Ossorio

would draw forms with wax, and then paint in watercolor, which would saturate all areas of the paper except those with wax-drawn shapes. He sent some of the works to Dubuffet, whom he had met and befriended a year earlier, having already been an admirer and collector of the latter’s works. Dubuffet saw the Victorias paintings within the framework of his own notions of art brut—a spontaneous and idiosyncratic approach to art making that stands as a corrective to the mimicry of the formally trained cultural avant-garde. Dubuffet was deeply enthusiastic and encouraging, and in 1951, Ossorio went to Paris and spent most of that year with him and his wife. When he returned, Ossorio purchased the East Hampton estate known as the Creeks, which he cultivated into “the Eighth Wonder of the Horticultural World.” He also agreed to house the Dubuffet’s entire collection of the Compagnie de l’Art Brut at the Creeks, where it stayed until 1962.

The relationship between Ossorio and Dubuffet proved vital for both artists, and so enthralled with Ossorio’s Victorias works was Dubuffet that he developed a new form of art historical writing to be able to describe them faithfully. As Minturn explains in his essay accompanying the exhibition catalogue, “When composing the book [on Ossorio], Dubuffet had many of the works he was writing about right in front of him, some of which had been executed just hours before. . . Dubuffet makes it clear that his study is not art history written from afar (in time or space), rather, it is art writing “on the spot,” and as such, much closer to journalistic reportage. He quickly transcribes Ossorio’s painterly performance . . . as if it were unfolding before our eyes. . . .  Dubuffet successfully merge[d] studio practice with art writing, reminding us that, just as viewing a work of art should always be an act of re-creation experienced in the present tense, so too the act of writing about a work of art should be a literary re-enactment and re-performance of the visual work.”

About the Catalogue Essay Authors

Kent Minturn, PhD teaches art history at Columbia University, where he is currently Director of the MA Program of Modern Art: Critical and Curatorial Studies (MODA). He specializes in twentieth century European and American art, film and photography. At present, he is completing a book-length study of Jean Dubuffet and Postwar French Literature. Minturn was recently awarded the 2013-14 Morgan-Menil Fellowship by The Morgan Drawing Institute and Menil Collection Drawing Institute.

Artist, writer and curator, Michael Solomon has spent a lifetime in the art world. Son of Abstract Expressionist Syd Solomon (1917-2004), Michael was raised in the Hamptons art world of the 1960s. He served as studio assistant to Alfonso Ossorio, and after Ossorio’s death, Solomon managed the artist’s estate and co-founded and directed the Ossorio Foundation in Southampton. Currently a contributor to the Editorial Board for Hamptons Art Hub.com, he is also working on a book about the Hamptons art community of the 1960s.