Be Your Wonderful Self: The Portraits of Beauford Delaney 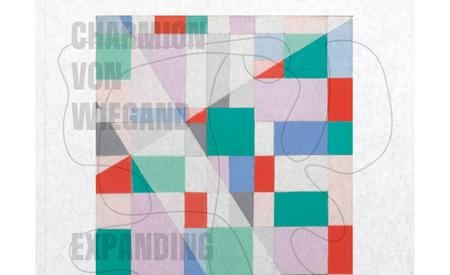 Michael Rosenfeld Gallery is pleased to announce the release of the publication Charmion von Wiegand: Expanding Modernism, produced by the Kunstmuseum Basel (Hardcover/160 pages/ISBN: 978-3-7913-5975-5). Published by Prestel Publishing, this beautifully illustrated monograph accompanies the first major retrospective of Charmion von Wiegand (1896–1983) in Europe, which will open at the Kunstmuseum Basel in 2023. Curated by Maja Wismer, Head of Contemporary Art, the exhibition will feature an extensive selection of von Wiegand’s paintings and collages dating from 1930 to 1960.

Charmion von Wiegand: Expanding Modernism includes scholarly contributions by Wismer, Martin Brauen, Lori Cole, Haema Sivanesan, Nancy J. Troy and Felix Vogel, which are illustrated by a generous selection of letters, archival photos and other ephemera from the artist’s archives. A detailed chronology charts the trajectory of von Wiegand’s critical, political, and curatorial engagements alongside the development of her painting practice, augmenting this vital account of her remarkable life, career, and social circle. A small but illuminating selection of individual works by her contemporaries are also reproduced throughout the catalogue with the aim of situating her work within a broader narrative of midcentury modernism. Both the exhibition and the catalogue seek to amplify and contextualize von Wiegand’s voice within the milieu of mid-century geometric abstraction. Of particular interest within the scope of the project are the Eastern ideologies that guided the artist’s life and work, an influence shared by many of her contemporaries that, until now, has largely been analyzed through the lens of European modernist philosophies or overlooked entirely.

In addition to reproducing a comprehensive selection of the artist’s work, the publication brings together a compendium of texts by von Wiegand, who began her career as a critic. A respected intellectual known for her receptiveness to new ideas and her connection to avant-garde circles, von Wiegand pursued both painting and journalism until a kismet meeting with Piet Mondrian in 1941 prompted a Neoplastic turn in her art and inspired her to make painting her primary focus. Charmion von Wiegand: Expanding Modernism will foreground her accomplishments as an artist, emphasizing her status as a painter who authored a compelling body of work that made significant contributions to the field of mid-century geometric abstraction. In her contribution, Maja Wismer provides an in-depth analysis of von Wiegand’s trajectory as a painter and intellectual, tracing the evolution of her imagery from social realism, to biomorphic abstraction, to a geometric abstraction structured by the artist’s close study of Theosophy and Buddhism. Lori Cole examines the effect von Wiegand’s work as a critic had on her painting practice, explaining the conflict the artist felt in reconciling her commitment to leftist politics with her passion for abstract painting.

Within the selection of archival material, a special focus is afforded to the artist’s correspondence with Mondrian, with whom she formed a close friendship shortly after he arrived in New York in 1940. Von Wiegand quickly became the foremost critic and translator of Mondrian’s art and writings, and played a key role in introducing the De Stijl painter to an American audience. Essays by Martin Brauen and Nancy J. Troy provide a close examination of the influence von Wiegand’s relationship with Mondrian had on her art, focusing on their penetrating discussions of Neoplasticism. By examining their relationship within the scene of abstract artists working in New York in the 1940s, Brauen and Troy’s contributions elucidate von Wiegand’s participation in the development of American abstract painting and describe how her status as a woman and critic affected her reputation as an artist among the avant-garde.

Apart from asserting von Wiegand’s brilliance as a visual artist, the catalogue and exhibition intend to highlight the role Eastern aesthetics, spirituality, and philosophy had in the development of von Wiegand’s art, an interest that was likewise embraced by her good friend Mark Tobey, with whom she explored the traditional arts of India, China, and Tibet. Indeed, Eastern philosophy became a prevailing interest among many American abstract painters as the hegemony of abstract expressionism waned—a development that has only recently been seriously studied. Essays by Haema Sivanesan and Felix Vogel examine von Wiegand’s interest in Theosophy, a religion established in the US in the late 19th century that combines various aspects of Hinduism, Buddhism, occultism, and esotericism, and the ways in which she incorporated the central concepts of these varied systems of thought into her practice. Now recognized for bringing together Eastern and Western color theories into conversation with Western modernist art, von Wiegand’s oeuvre left an indelible mark on the evolution of postwar American abstraction and continues to captivate new generations of artists and thinkers.

Contributors
Maja Wismer is the Head of Art After 1960 at the Kunstmuseum Basel, Switzerland; Martin Brauen is an independent curator and the former Chief Curator at the Rubin Museum of Art, New York; Lori Cole is the Clinical Associate Professor and Associate Director of the Department Experimental Humanities & Social Thought at New York University; Haema Sivanesan is the Chief Curator at the Glenbow Museum, Calgary, Canada; Nancy J. Troy is the Victoria and Roger Sant Professor in Art in the Department of Art and Art History at Stanford University; and Felix Vogel is an Assistant Professor in the Department of Art History at the University of Basel, Switzerland.

Michael Rosenfeld Gallery LLC is the exclusive representative of the Estate of Charmion von Wiegand. 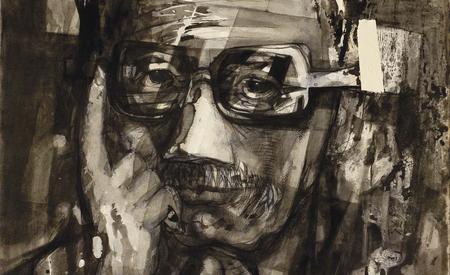 “To me, drawing is of course an experience that has its own self-sufficient and rewarding end. At the same time, it serves as a means of releasing any number of ideas that could not be so readily recorded in any other media. I know of no other way that one can record one's experiences and impressions so quickly, effectively, and efficiently, than drawing. Finally, it acts as an agent by which one can clarify one's thinking and distill many ideas.” [1] —Theodore Roszak, 1956

Michael Rosenfeld Gallery is proud to announce The Minneapolis Institute of Art’s acquisition of nearly 800 works on paper by Theodore Roszak (1907–1981). The artist’s daughter, Sara Roszak, gifted 727 drawings, 63 prints, and three photographs to the museum on behalf of the family, an endowment facilitated by Michael Rosenfeld Gallery. Created between 1920 and 1980, the donated works are representative of the artist’s technical, creative and intellectual breadth, encompassing the wide range of themes, styles, subjects and media he explored throughout his long career. The selection was made by Robert Cozzolino, Mia’s Patrick and Aimee Butler Curator of Paintings, who worked closely with Ms. Roszak to cull her father’s holdings.

A prolific artist, Roszak worked across multiple disciplines and genres; he was an accomplished sculptor, painter and printmaker, but considered his drawing practice to be a crucial aspect of his creative process. He often executed preparatory drawings and sketches before rendering his ideas three-dimensionally, and though many of the drawings in the donation are related to sculptures and paintings, the nature of the artist’s approach to the medium—which typically involved an obsessive, diaristic or experimental compositional method—warrants their consideration as works of art in their own right. Inspired by the technological advancements and political upheavals he witnessed throughout his life, the trajectory of Roszak’s stylistic evolution begins with an emphasis on Constructivist abstract geometries, which gave way to more expressive, organic forms and eventually culminated in an embrace of illustrative figuration with a clear political bent. Trained in traditional media but never limiting himself to them, Roszak’s sculptural materials include wood, plastic, and metal, while his works on paper exhibit a similar versatility, moving freely between ink, graphite, watercolor, gouache, and ballpoint pen.

This significant donation to Mia will augment the Roszak works on long-term loan to the Museum from the Myron Kunin Collection. Cozzolino plans to organize an exhibition featuring works from both collections, which will allow visitors to view the artist’s works on paper alongside his paintings and sculptures. “This generous gift will help Mia to tell a more dynamic story of modernist drawing and sculpture in the United States, especially because Roszak was a tireless innovator open to new forms and techniques,” Cozzolino said. “Even though his approach and philosophy overlapped with styles ranging from constructivism and abstract expressionism to surrealism and realism, he always remained an independent. We are very excited to study and display Roszak’s works in dialogue with those by his contemporaries in our collection, including Alberto Giacometti, Henry Moore, George Rickey, and Louise Nevelson. I am particularly interested in showing his late political and satirical drawings with works by a much younger generation. It is an important part of his career that is not well known.”

Highlights of the acquisition include Sammy, a 1933 portrait, The Furies of Folly Cove, a 1952 abstract expressionist drawing, a study for his sculpture Urban Construction (1950s), and The Last Tycoon (Gulliver), a 1976 political satire.

“We are thrilled that [Mia’s] Collections Committee has unanimously accepted and accessioned our gift of a significant and extensive selection of drawings from the Estate of Theodore Roszak.” Ms. Roszak said in a statement. “This gift will complement and give additional depth to the collection of my father’s work already at Mia and we hope it will bring delight and challenge the imagination of [the museum’s] audience…My father started drawing at the kitchen table as a little boy and he drew every day for several hours until the day he died. It was his overriding passion and a fascinating window into his aesthetic, intellectual and emotional life. It follows many roads with humor, humility and compassion for the human condition. It was a most personal conversation with himself. Bringing this work into the public domain has also taken years for us to organize, inventory and catalog. We are excited for the new scholarship to come and insight into his unique sensibility.”

Since 2008, Michael Rosenfeld Gallery LLC has represented the Estate of Theodore Roszak in cooperation with Jeffrey Hoffeld Fine Art.