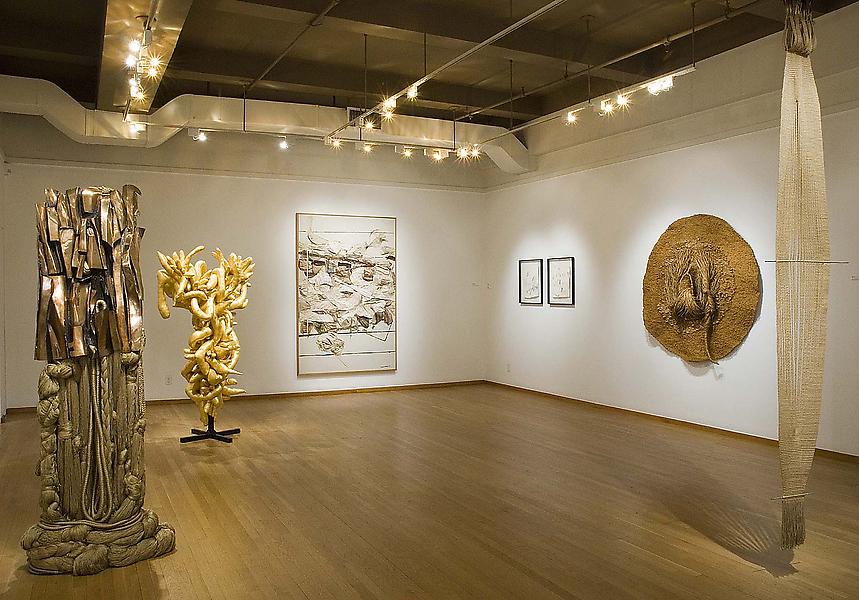 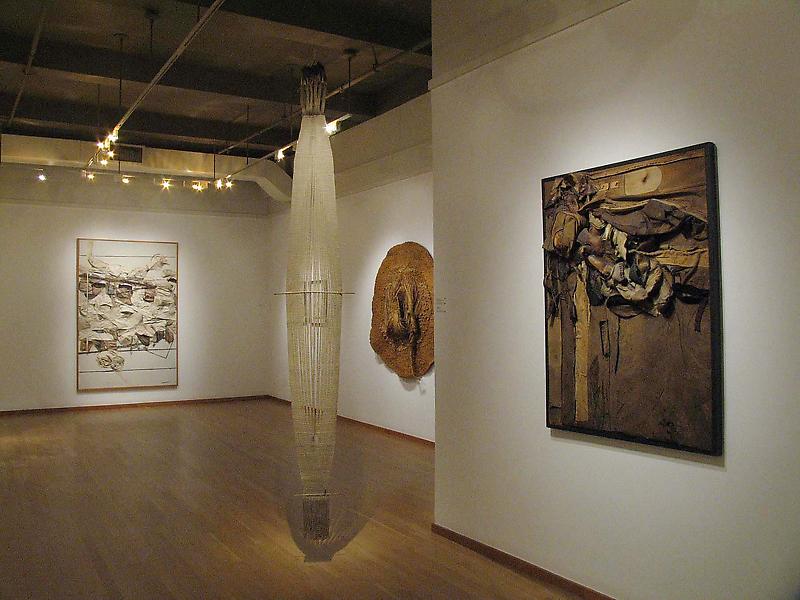 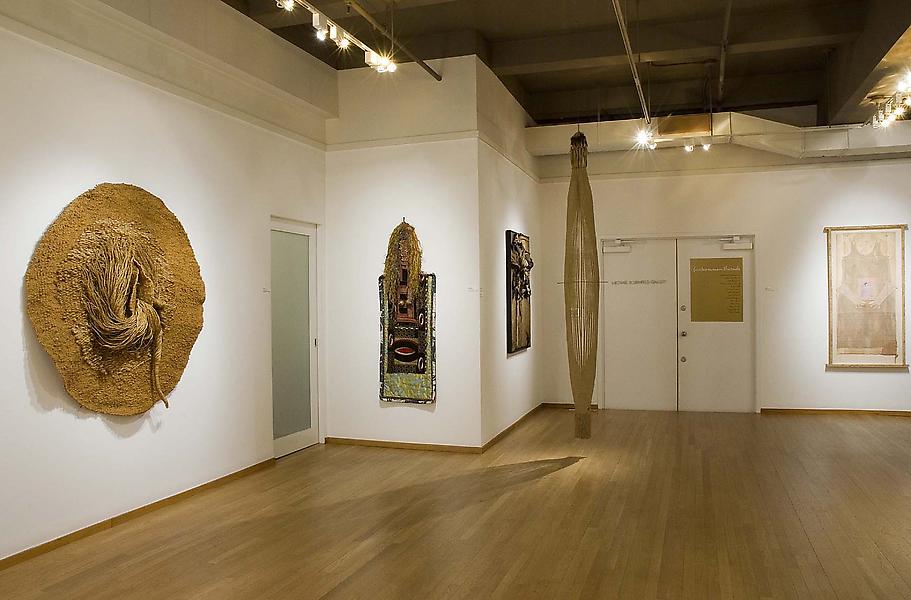 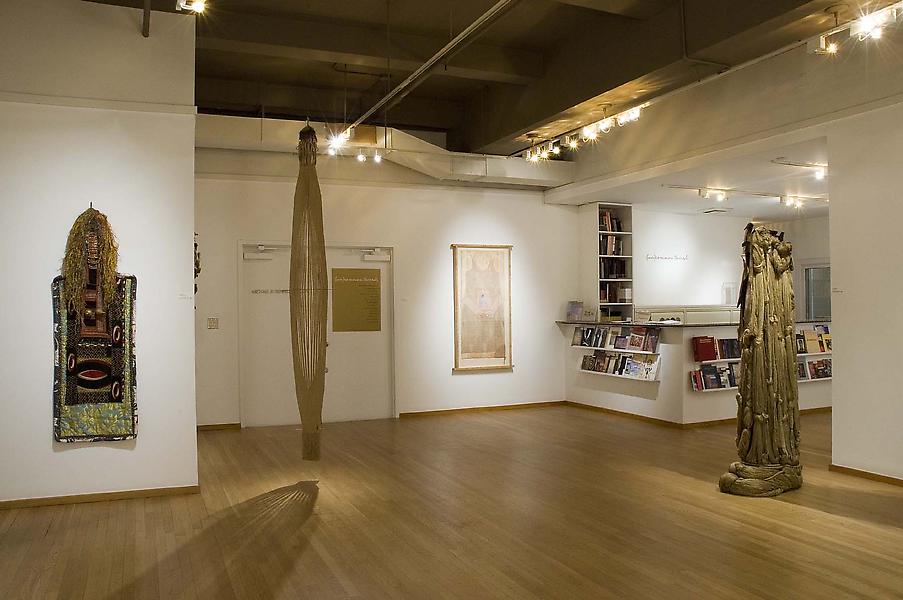 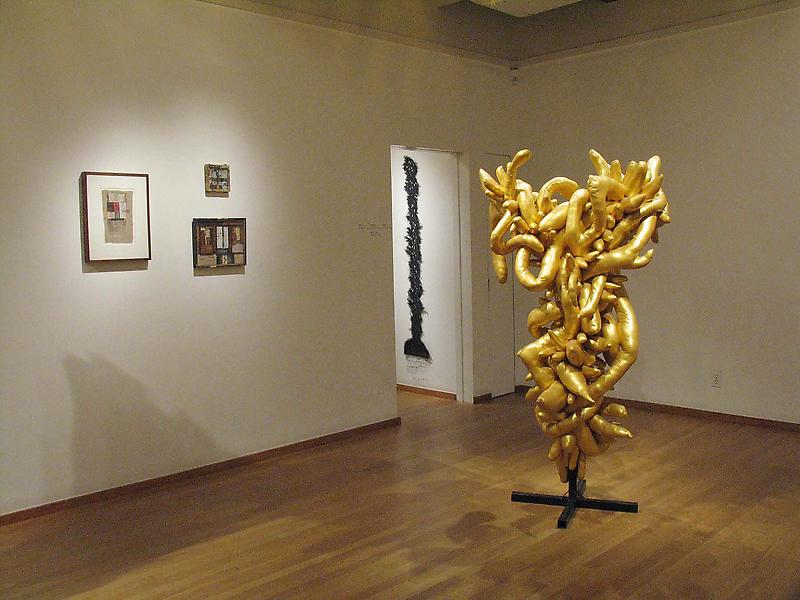 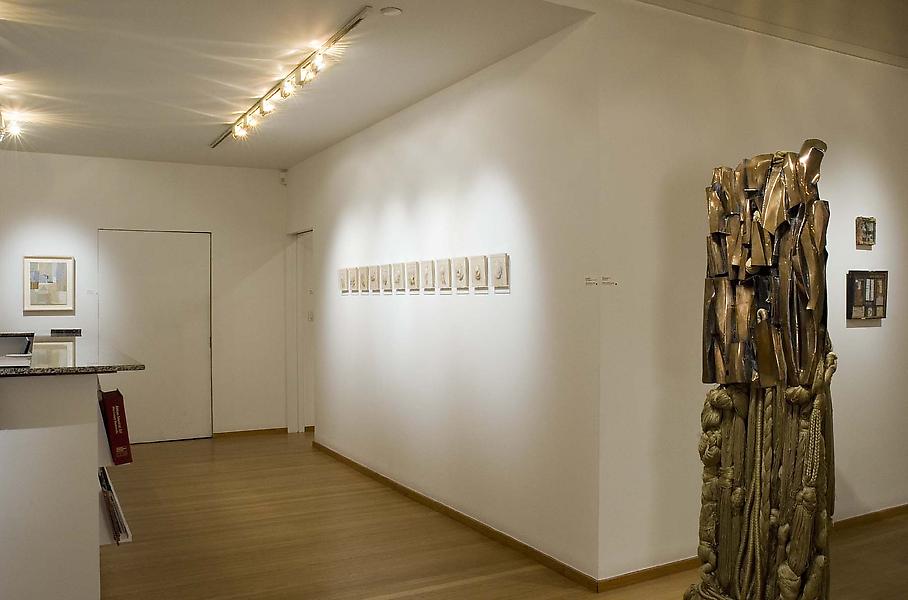 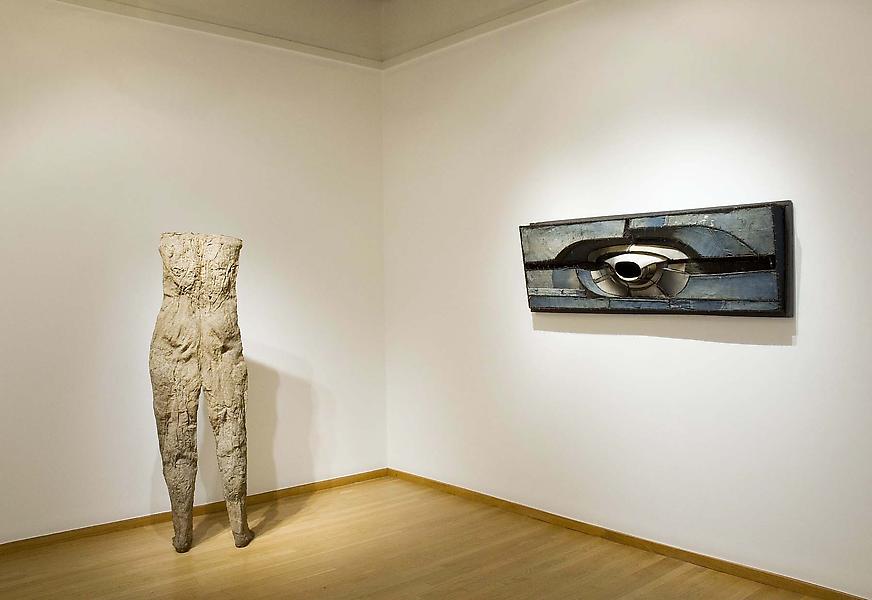 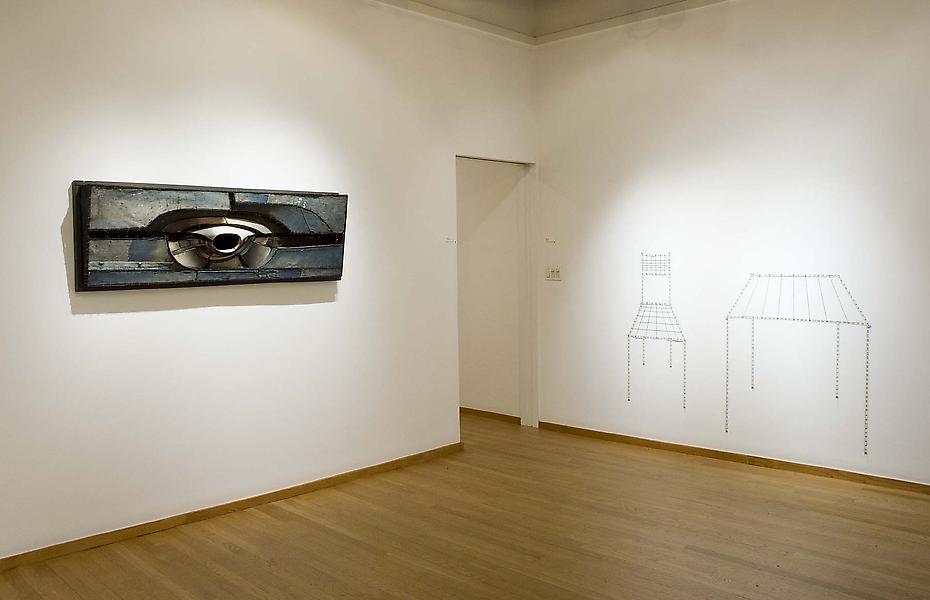 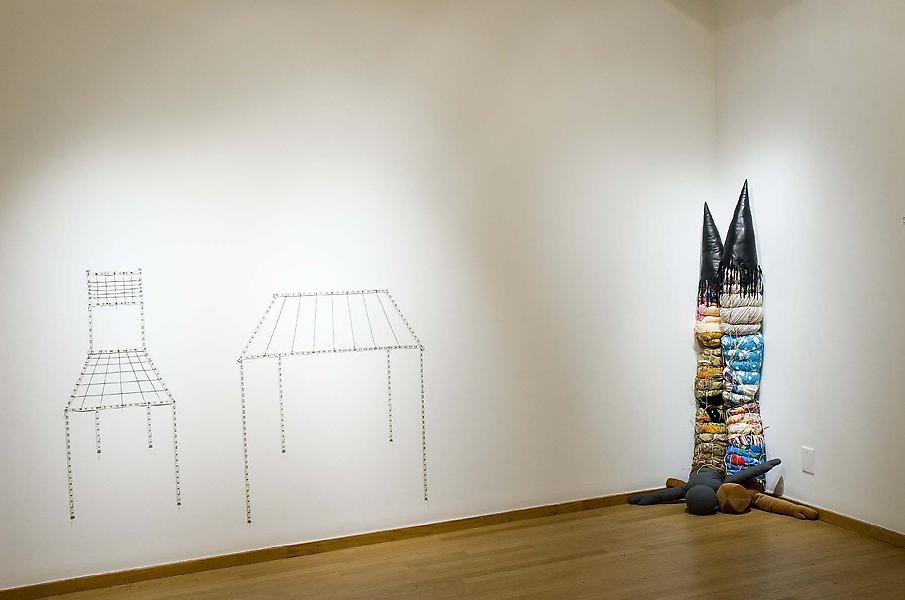 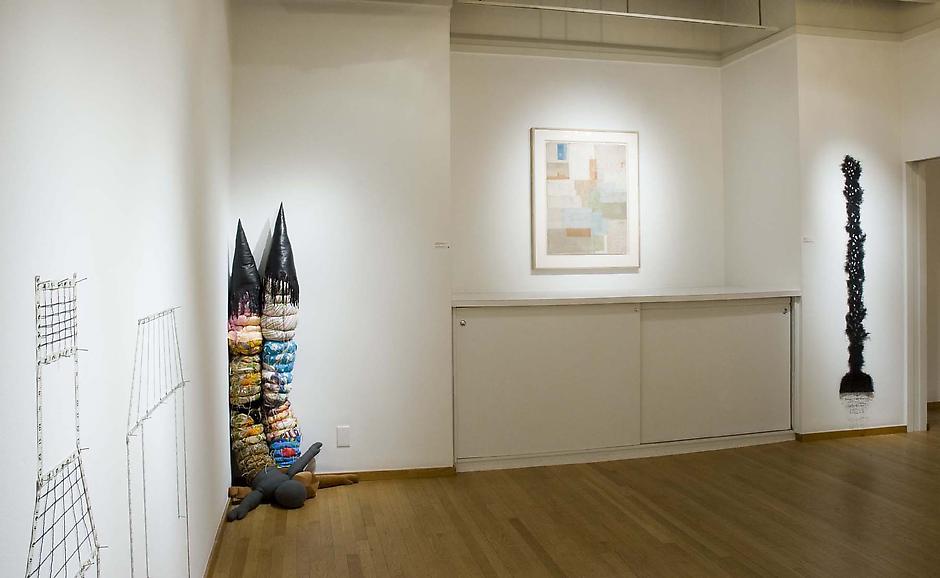 [un]common threads refuses to connect the artists and their materials solely on the basis of either gender or medium. In fact, the individualistic eccentricities of the fourteen artists make any schematic classification of their work difficult and imperfect, and it is their very ungroupability that creates the character of this ensemble. By juxtaposing extremes like Hannelore Baron's intimate box assemblages of distressed remnants or Anne Ryan's sensitive paper collages with the aggressive wall constructions of Nancy Grossman and Lee Bontecou, [un]common threads offers the versatility of a medium once reserved to craft and dismissed because of its associations with the home.

This "taint" of domesticity has been explored most notably in the pioneering work of Mimi Smith, whose Basic Black (1966) and Table and Chair (1973) use knotted string and other media to portray women's clothing as well as furniture that evokes the heart of the home - the family table. But Smith's work shares with all of the pieces in this show a keen awareness of texture, and like Magdalena Abakanowicz's (Backward) Standing Figure (1987), what remains absent in the representation is just as important as what is physically present. Overall, the works in [un]common threads confound

preconceived notions about women's art and/or textile as a medium, offering unexpected combinations like the polished bronze that rests on a base of raw silk in Barbara Chase-Riboud's Untitled: Pushkin (1985); turning the softness and lightness of fabric into weighty, spiky, almost menacing beings in Annette Messager's Replicant works; or appealing to senses other than sight by offering forms that have been stuffed, woven, knotted, painted, pierced, and sewn. This is art that begs to be touched and, in the case of the leather and jute pieces, sniffed.

Over the years, Michael Rosenfeld Gallery has consistently championed many of the artists and sensibilities represented in [un]common threads. Two landmark exhibitions organized by the gallery were Fiber and Form: The Woman's Legacy (1996) and True Grit (2000).