Skip to content
Back to top Back to Exhibitions«
Theodore Roszak 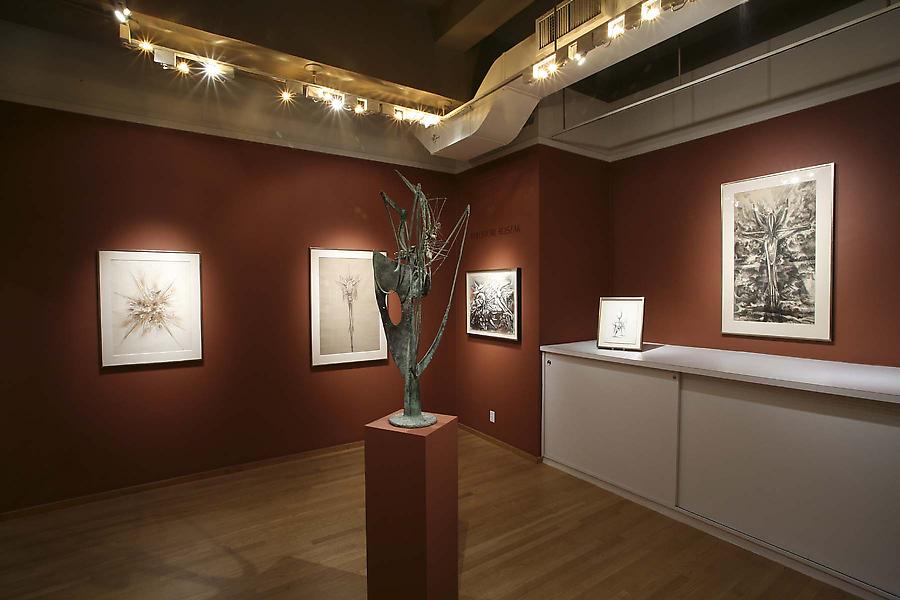 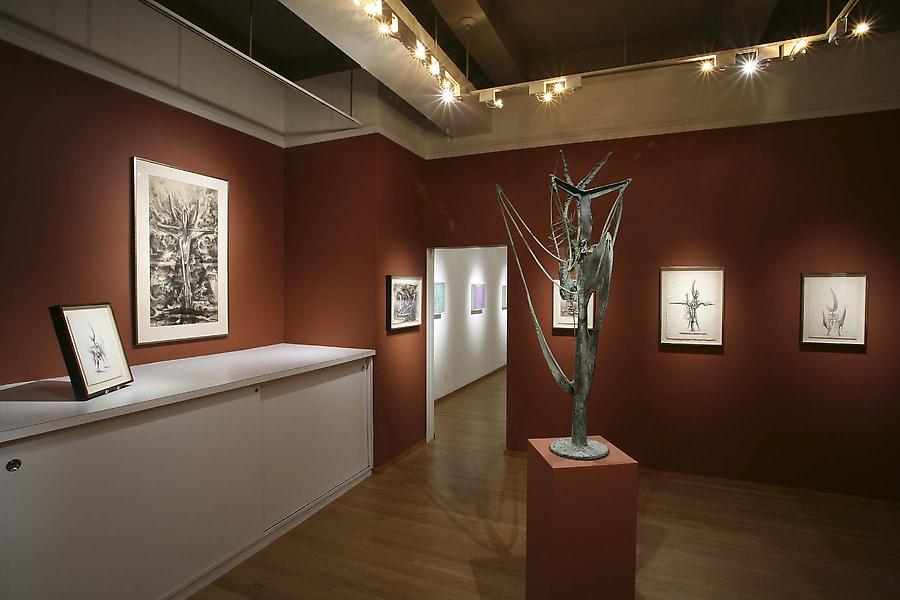 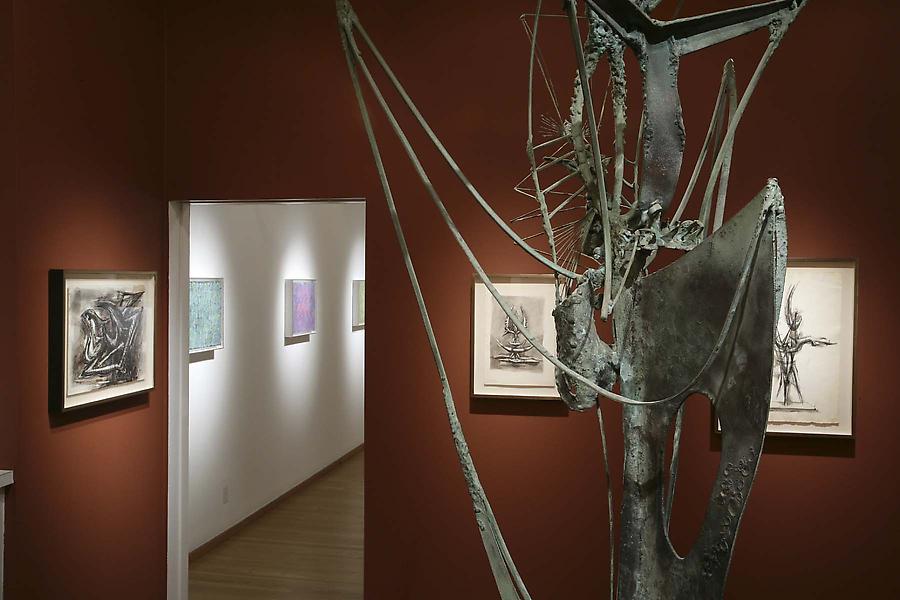 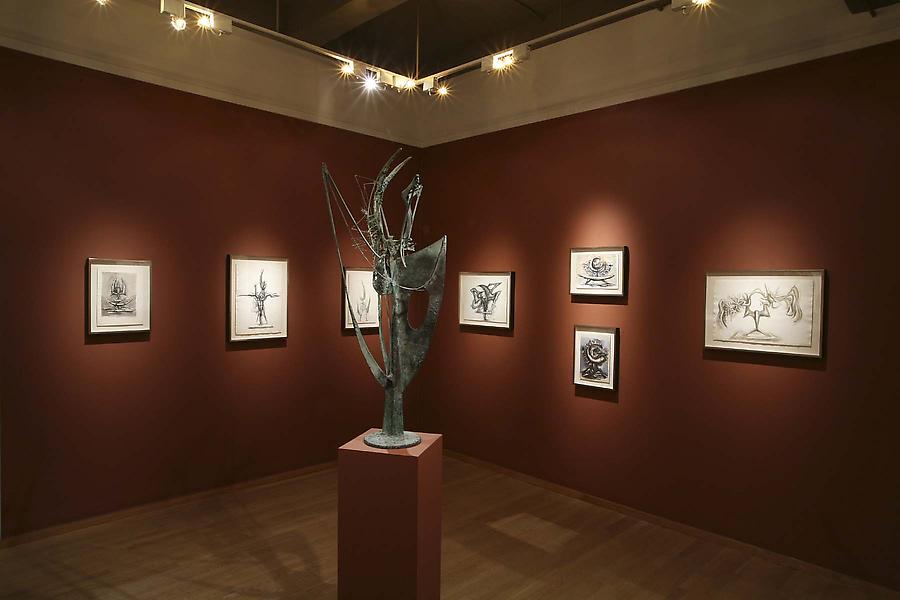 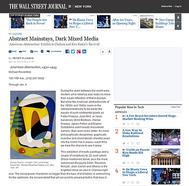 Michael Rosenfeld Gallery presents its first solo exhibition featuring the work of Theodore Roszak (1907-1981). Scheduled to be on view from September 6 to October 25, this exhibition will include one major bronze sculpture, Insect Plant (1957), and sixteen works on paper that date from c.1947 to 1958. Many of the detailed drawings represent preparatory studies for realized three-dimensional works. Although best known for his constructions and organic, welded sculptures, Roszak relied on drawing as a tool for clarifying and distilling his ideas, stating, “To me, drawing is of course an experience that has its own self-sufficient and rewarding end. At the same time, it serves as a means of releasing any number of ideas that could not be so readily recorded in any other media. I know of no other way that one can record one’s experiences and impressions so quickly, effectively and efficiently, than drawing.”

Born in 1907 in Posen (now Poznan), Poland, Theodore Roszak was two years old when his family moved to Chicago, settling amid the city’s large Polish community. As a teenager, Roszak pursued serious art study, taking classes at the School of the Art Institute of Chicago. After finishing high school in 1924, he enrolled at the Art Institute full time and won the school’s Lithograph and Trebilcock awards in his first year. In 1926, he left Chicago briefly for New York, where he studied privately with George Luks. In 1929, an Anna Louise Raymond Fellowship enabled him to spend two years in Europe. Based in Prague, Roszak interacted with Czech artists who introduced him to the principles of Bauhaus design and architecture, and he became familiar with the aesthetics and ideology of constructivism.

Shortly after his return to the U.S. in 1930, Roszak won a Tiffany Foundation Fellowship in 1931, and in 1933, the Whitney Museum of American Art included one of his works in its First Biennial of Contemporary American Painting. In 1935, Roszak was again represented in the Whitney Biennial with his painting Fisherman’s Bride (1934), which the museum purchased. That same year, the Roerich Museum’s International Art Center (New York) gave Roszak his first solo exhibition. Roszak found regular work through the Federal Art Project of the WPA, and in 1938, he began teaching at the Design Laboratory, a tuition-free, experimental design school under the aegis of the WPA that promoted Bauhaus and constructivist approaches to art. During this time, Roszak began working on constructions — sleek, free-standing and wall-mounted sculptures of plastic and wood rooted in pure geometric abstraction.

Constructivism was informed by an optimistic faith in technology, and the destruction wreaked by the machinery of war left Roszak deeply critical of this perspective. In the mid-1940s, he abandoned his constructions, picked up an oxyacetylene torch, and began welding steel sculptures. His interest in welding emerged while employed (from 1940 to 1945) at the Brewster Aircraft Corporation in Newark, New Jersey, where he designed and fabricated aircraft, including an experimental bomber. Roszak’s welded sculptures continued to be abstract, but they were now expressionistic rather than streamlined, inspired by the organic over the man-made. This shift was presaged in a series of gouaches he did in the early 1940s, which explored questions of myth and ritual, themes that may have been inspired by discussions with mythologist Joseph Campbell, who was a colleague of Roszak’s at Sarah Lawrence College.

Roszak’s career continued to thrive throughout the 1950s and 1960s, with exhibitions at home and abroad. As his career grew, so did the scale of his work and his interest in flight. In the late 1950s, Roszak created an aluminum eagle weighing a full ton and with a wingspan of over thirty — five feet for the U.S. Embassy building in London (designed by Eero Saarinen and opened in 1960). For the 1964 World’s fair, he welded the colossal Forms in Transit — a rocket-shaped, forty-three-foot sculpture comprised of aluminum, steel, and sheet metal — and in 1968, his twenty-five-foot bronze Sentinel was installed at the Public Health Laboratories on East 27th Street, New York.