Skip to content
Back to top Back to Exhibitions«
Nancy Grossman: Combustion Scapes 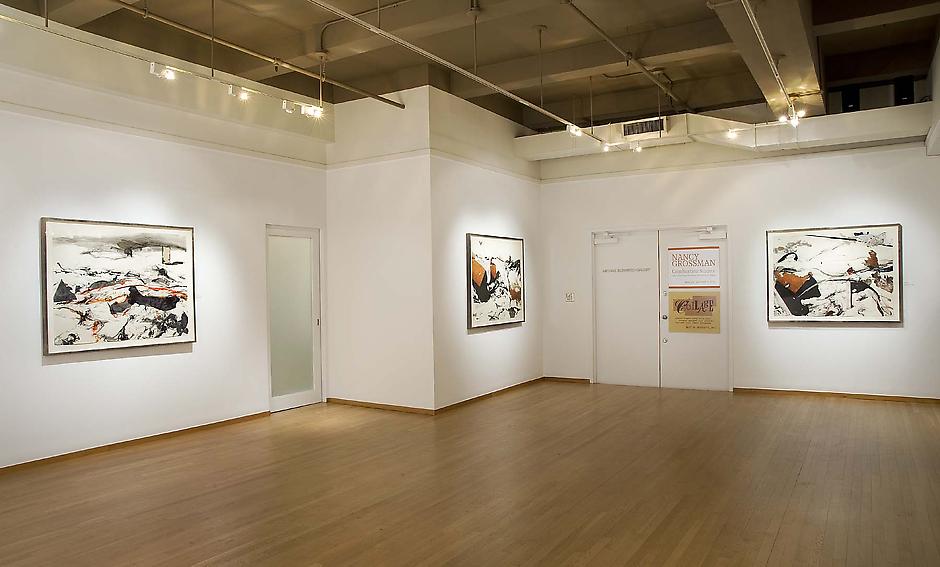 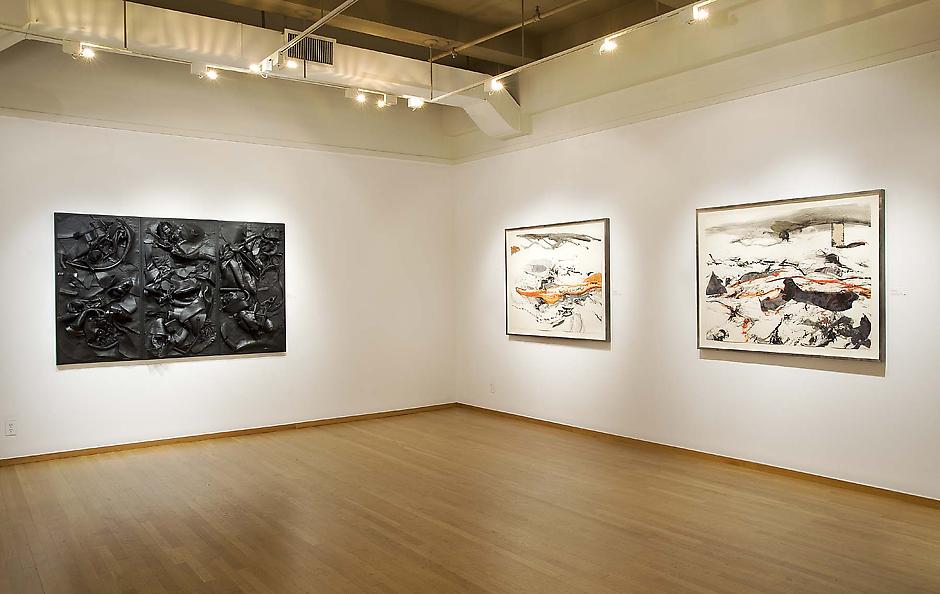 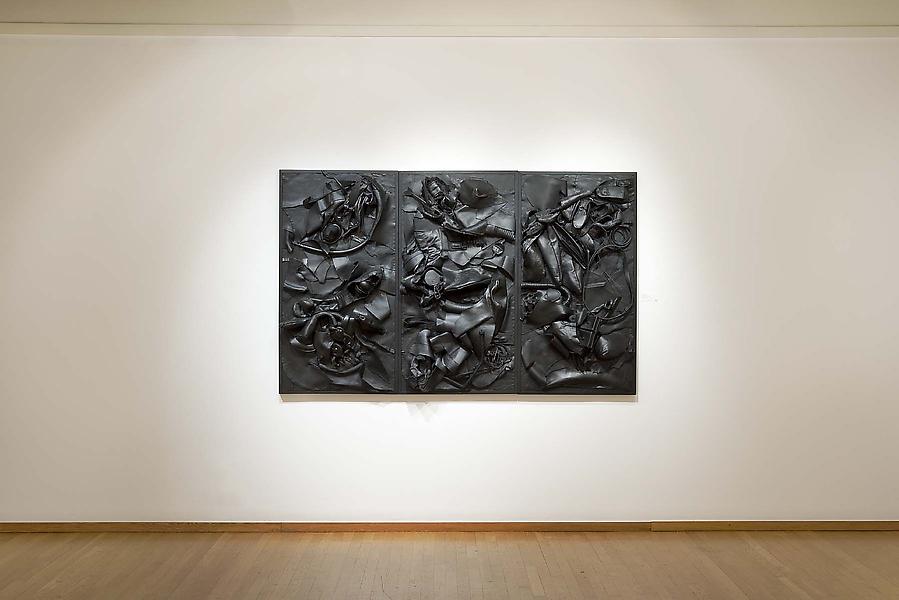 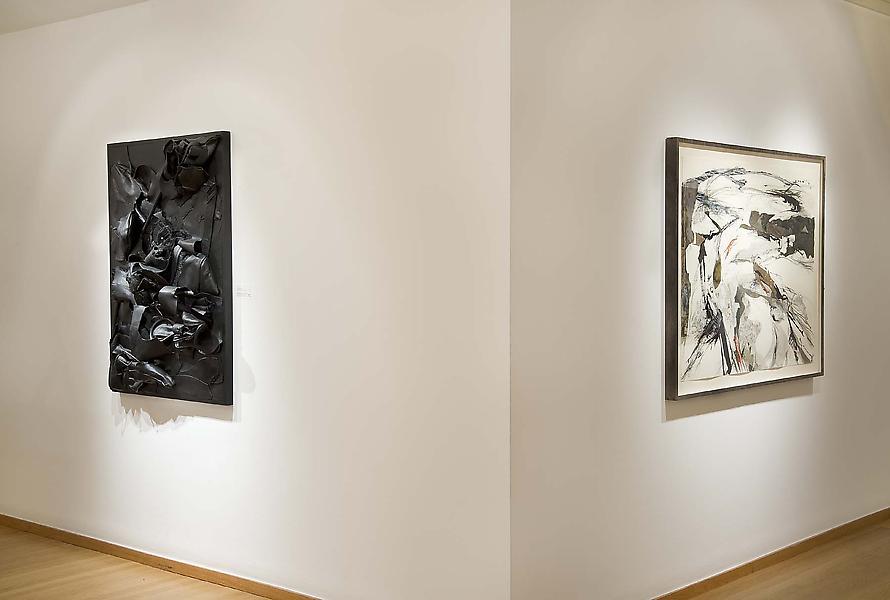 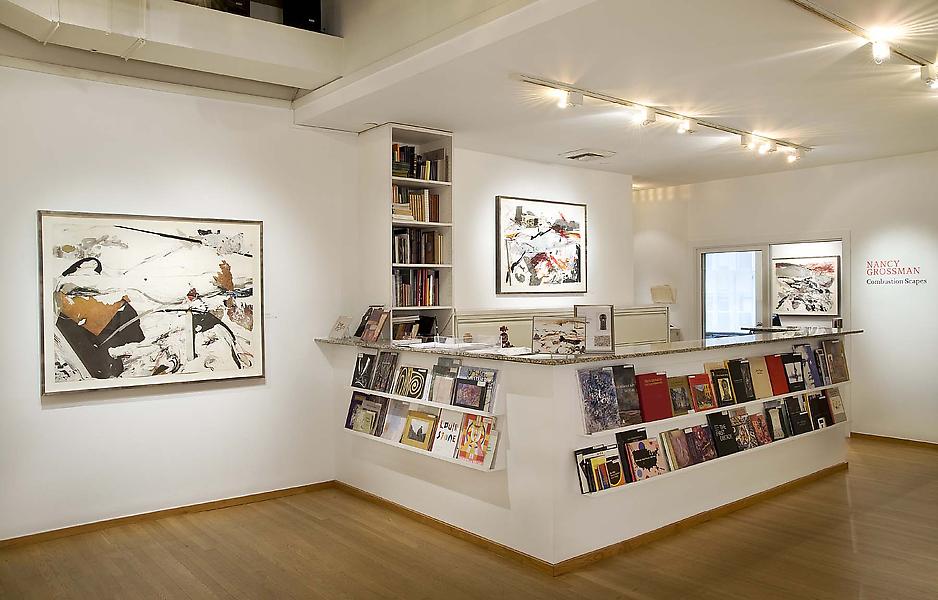 (New York—May 20, 2011) Michael Rosenfeld Gallery is pleased to present a solo exhibition of works by Nancy Grossman (American, b.1940). Nancy Grossman: Combustion Scapes will be on view from May 26 to August 5, 2011. The exhibition features eight mixed media collage drawings and two large-scale assemblages inspired by Kilauea Volcano—believed to be the home of Pele, the Hawaiian fire and volcano goddess—which the artist visited in 1992 while in Hawaii for the opening of her last traveling retrospective at the Contemporary Museum in Honolulu. The collages are unique in that they are the only body of work Grossman has ever created in direct response to something external to her own psyche. The show is especially timely given the volcanic, seismic, and meteorological disruptions that have ricocheted around the world in the last several years.

Kilauea has been consistently active for over fourteen years, and Grossman experienced the mystique of the volcano firsthand when she took a helicopter ride over it in 1992. During the course of the trip, her pilot, a Vietnam veteran, flew close enough to Pu’u’O—Kilauea’s spatter cone—that Grossman could smell the sulfur dioxide and feel the heat of the churning molten lava below. The sight, sound, smell, and sensation of the trip astounded Grossman, who later recalled that the experience “felt like being at the earth’s birthing.” She took photographs throughout the journey.

From 1993 to 1994, as Grossman worked on the series in her New York studio, her photographs served as a physical confirmation of what she remembered, not as a model for replicating exactly what she had seen. Incorporating found paper, recycling scraps of older works, and singeing paper to express volcanic heat, Grossman combined collage elements with ink, watercolor, and graphite. The result was a body of abstract compositions of dynamic lines, shifting shapes, and mobile forms. Blindingly white in places where the volcanic earth might ordinarily be black, they evoke both searing hot craters and icy tundras. Some, like Self-Contained Lavascape, are almost serene, as shapes and colors swirl across the plane, while others, like Volcano Dream—Destruction Dream, are violent tangles of forms that crack, twist, explode, and spew across the paper. The works, which were shown only once in New York (1994) and also exhibited in Houston, Texas (1995) and Honolulu (2000), have been called representations of sexual explosiveness, and the psychological turmoil that exists below the surface of our own consciousness. While some have read Grossman’s dynamic forms as manifestations of inner conflict, the collages also represent her long-term interest in the subterranean world—in tectonic and volcanic activity as well as fossils and other evidence of the earth’s ancient history.

The two assemblages in the exhibition reveal a departure for Grossman in that field as well. While Grossman typically works with found and saved pieces of leather, wood, and metal, she usually leaves her raw materials unpainted. Here, the artist assembles shoes, machine parts, brushes, straps, and other detritus and paints all of her element in a matte black, achieving a uniformity of color that focuses attention on the shape and texture of the various assemblage elements, calling to mind the work of Louise Nevelson and John Chamberlain.

Nancy Grossman: Combustion Scapes coincides with Nancy Grossman: Heads on view at MoMA PS1 in Long Island City, from May 22 through August 15, 2011, a solo exhibition focusing on her evocative head sculptures. From the late 1960s into the 1980s, Grossman carved heads from the hard wood of discarded telephone poles, overlaid them with leather, and then adorned them with zippers, lacquered wooden noses, spikes, and straps. The heads exquisitely contain central aspects of Grossman’s art: an embrace of gender ambiguity, an interest in formal contradiction and conflict, a rich sensuality, and an audacious use of leather, a material she became acquainted with through her childhood on a working farm in Oneonta, New York.

While Grossman is most famous for her heads, she has consistently worked in collage as well. In fact, this interest in collage was the foundation of a close friendship with artist Romare Bearden, whom she met in 1961 through the Cordier and Ekstrom Gallery in New York. The two artists struggled together to resolve medium-specific issues such as the warping that stemmed from the accumulated weight of glue and collage elements on the front of a single sheet of paper or paperboard. Through trial and error, they realized that building up weight on the back of the collage would counter-balance the gravitational pull on the front. Bearden eventually abandoned paper as a support, but Grossman continues to use innovations she and Bearden developed together.

In February 2012, The Frances Young Tang Teaching Museum and Art Gallery at Skidmore College will be presenting Nancy Grossman, a retrospective exhibition curated by Ian Berry and accompanied by an extensive catalogue.