Skip to content
Back to top Back to Exhibitions«
Michael Goldberg
End to End: The 1950s & 2000s 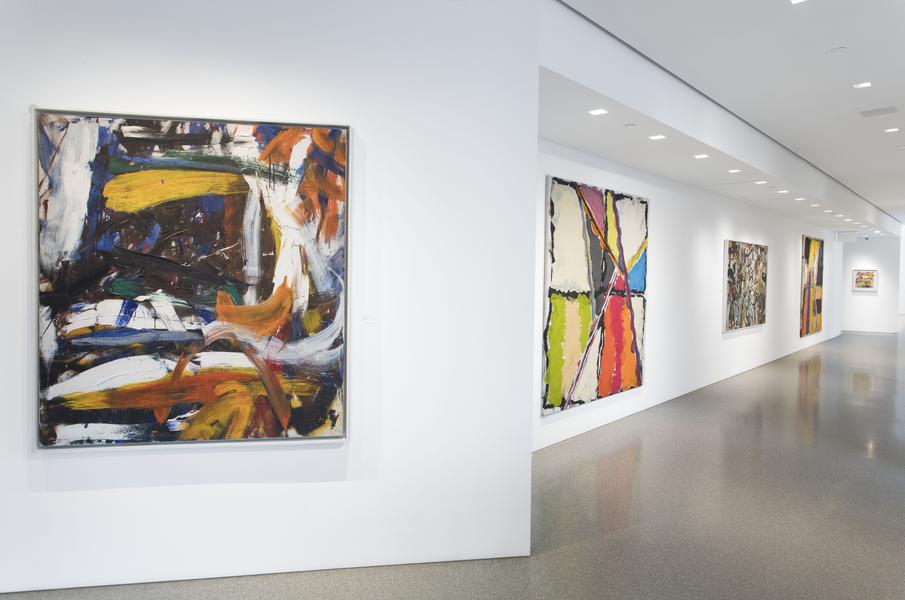 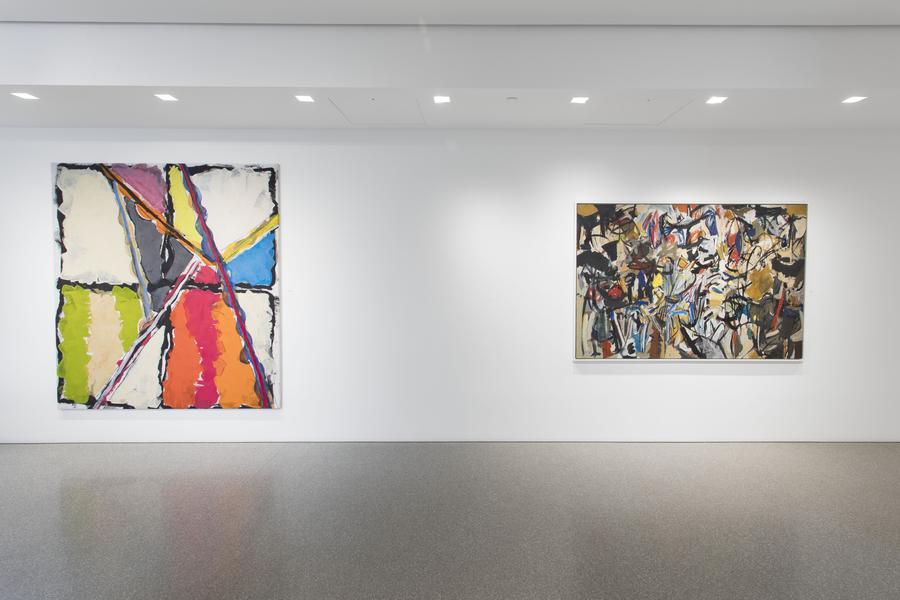 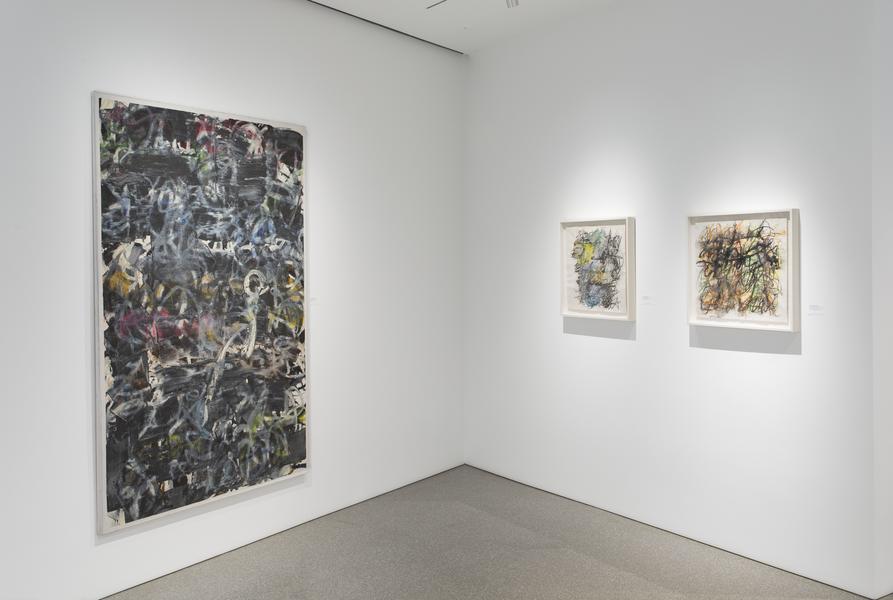 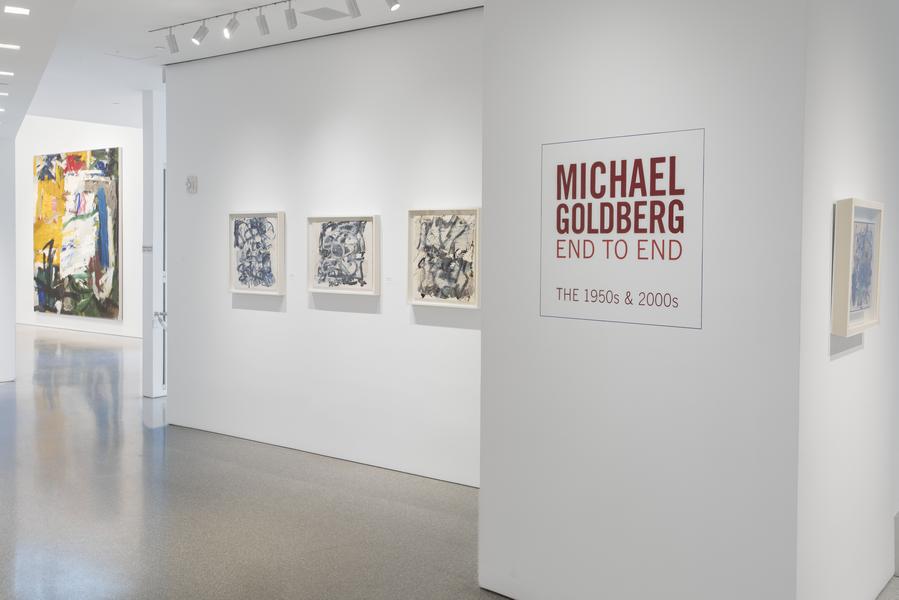 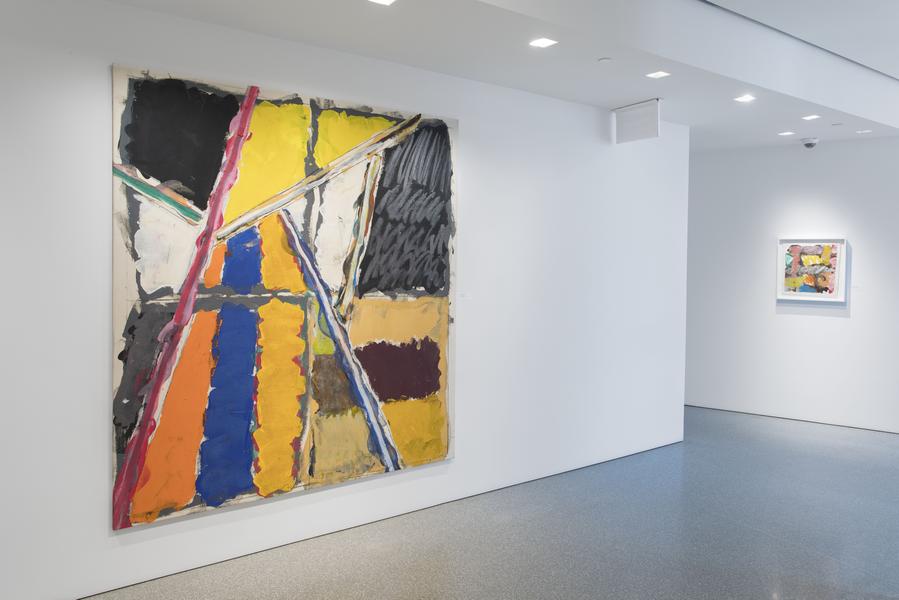 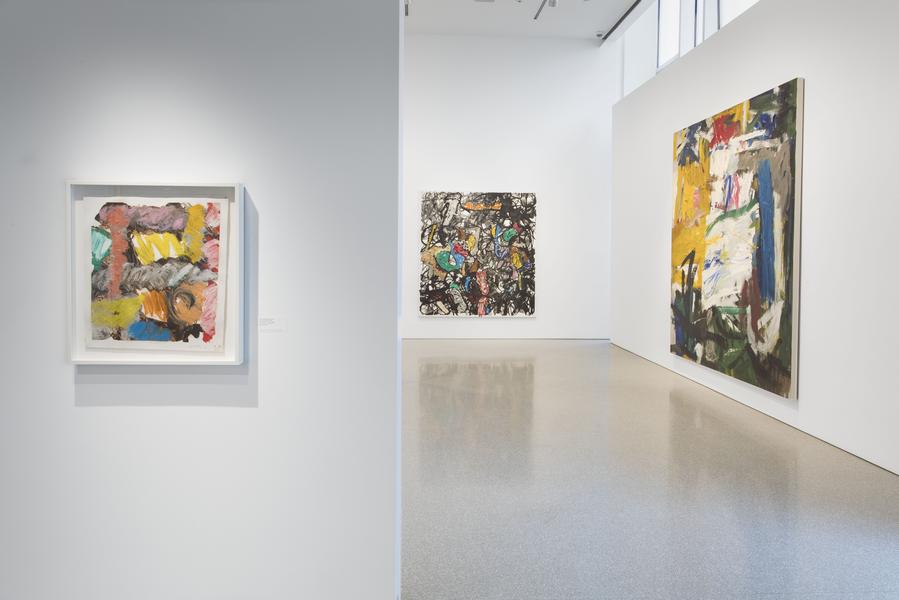 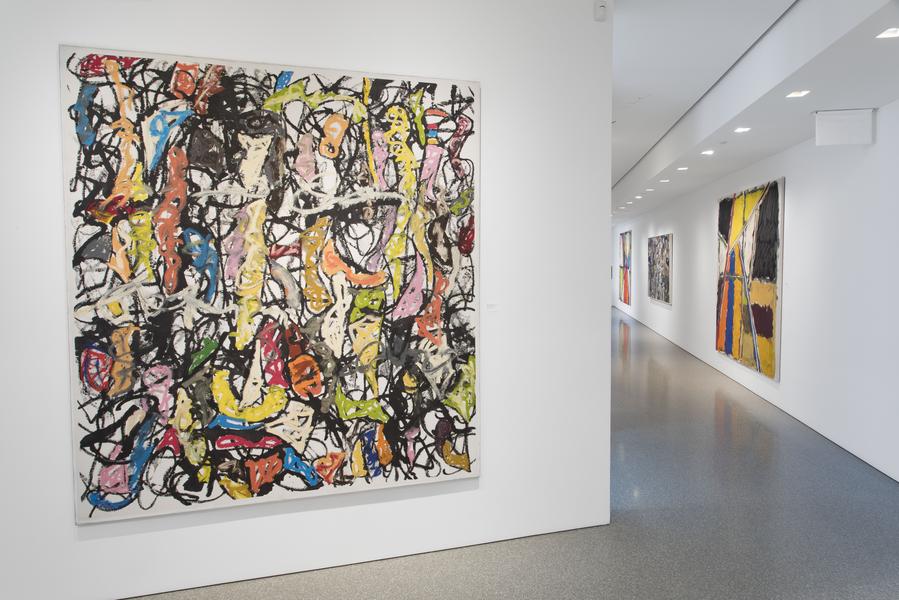 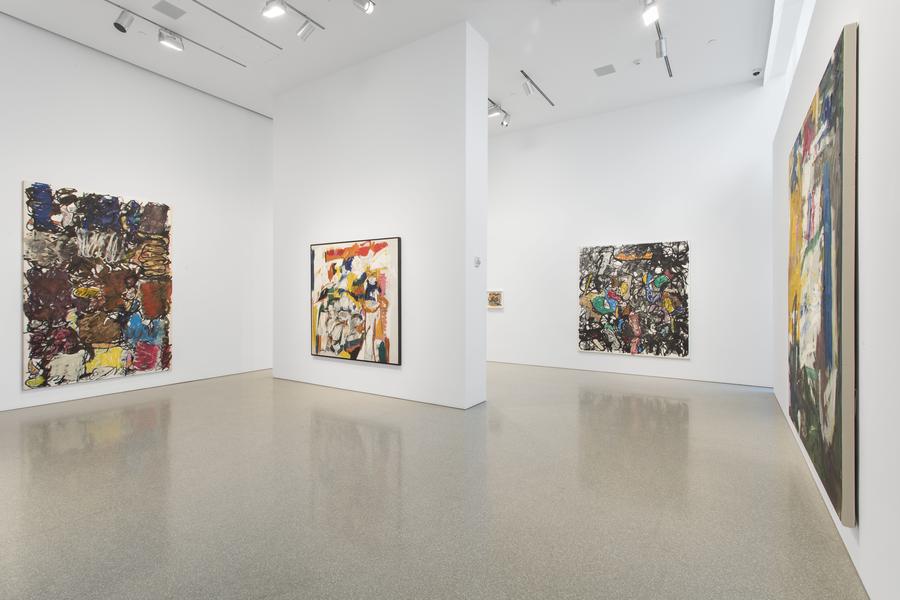 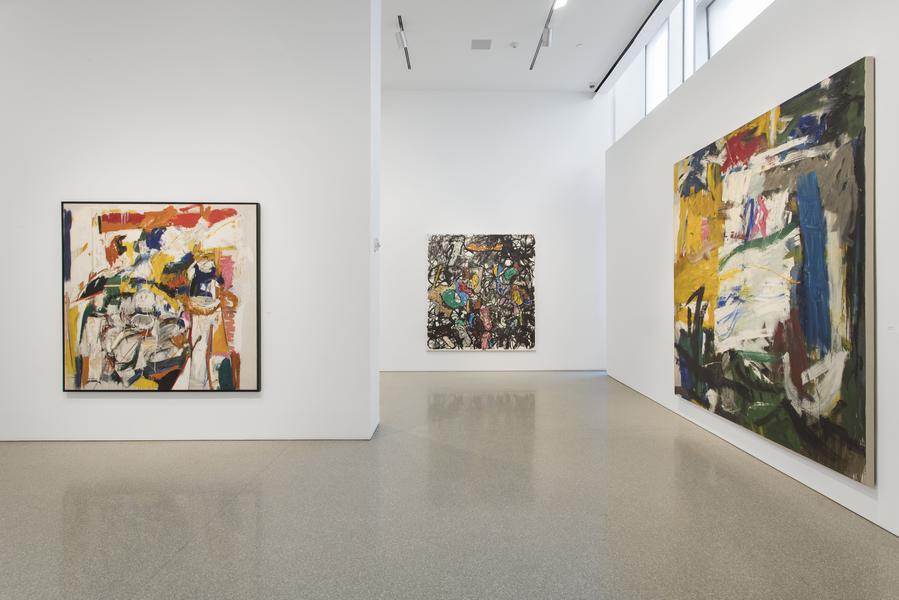 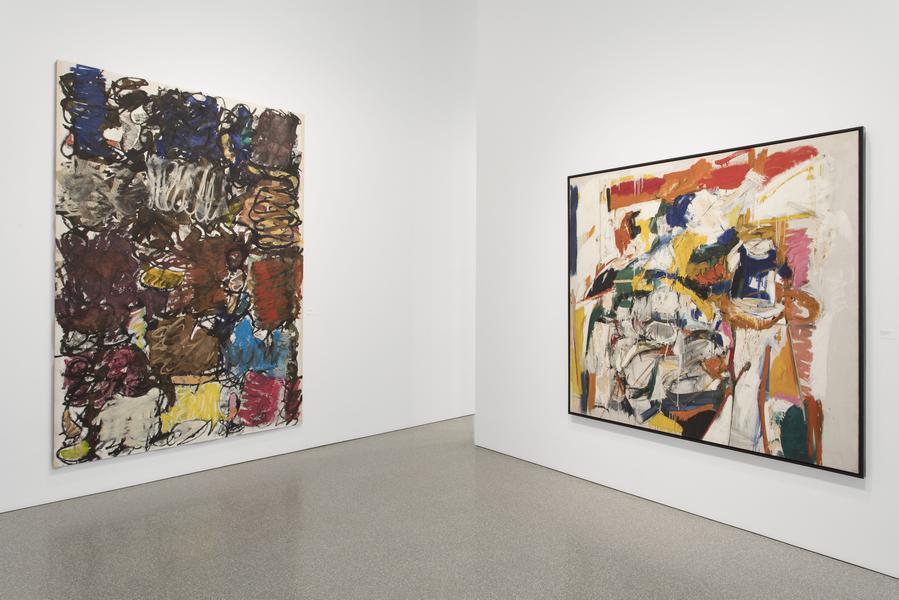 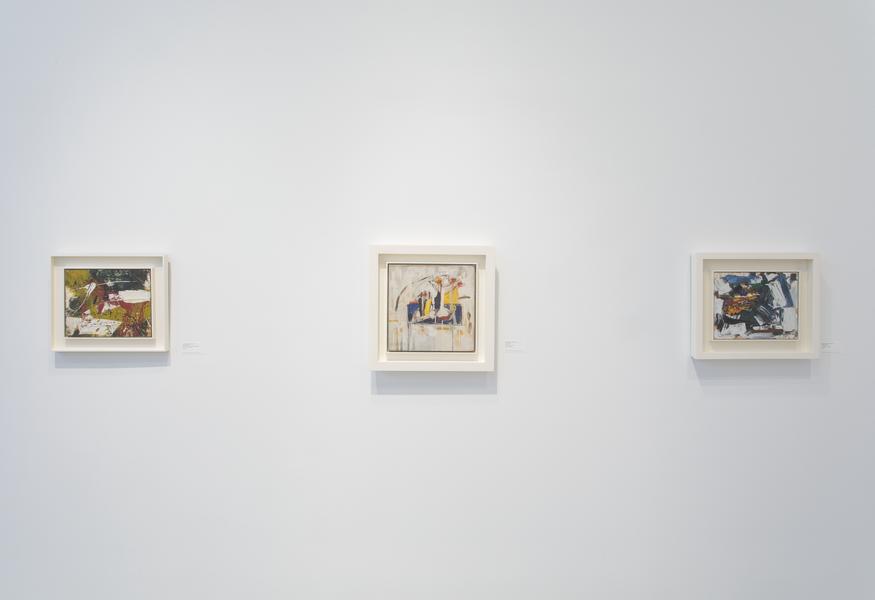 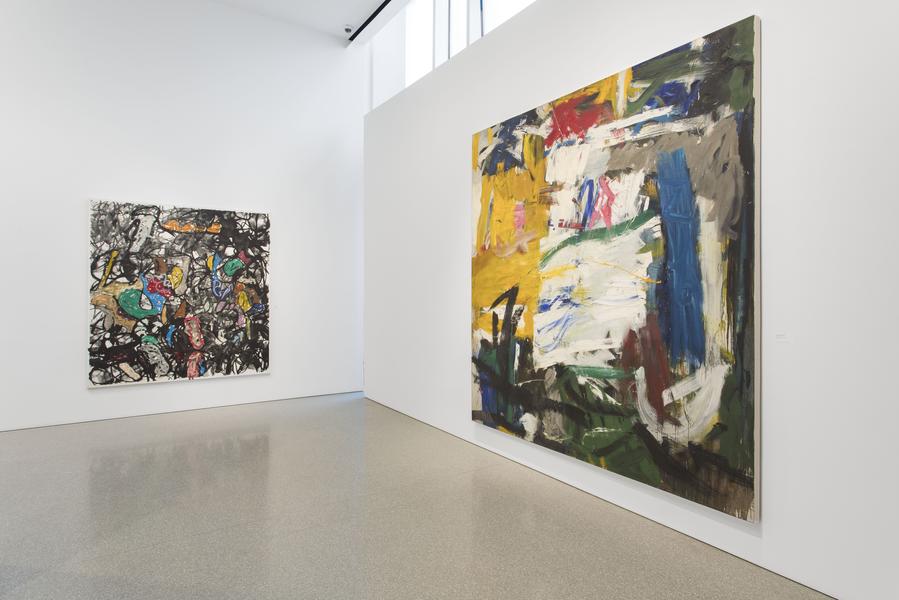 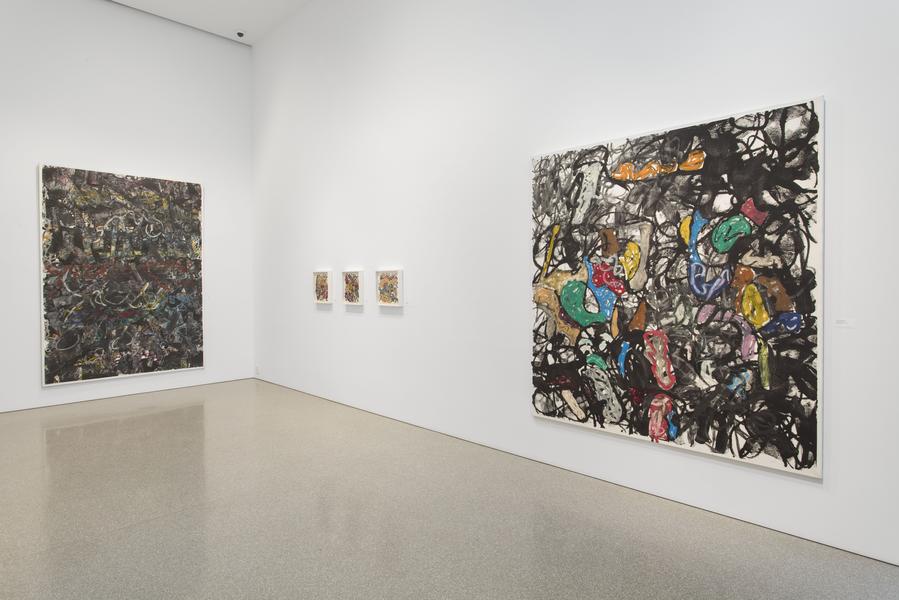 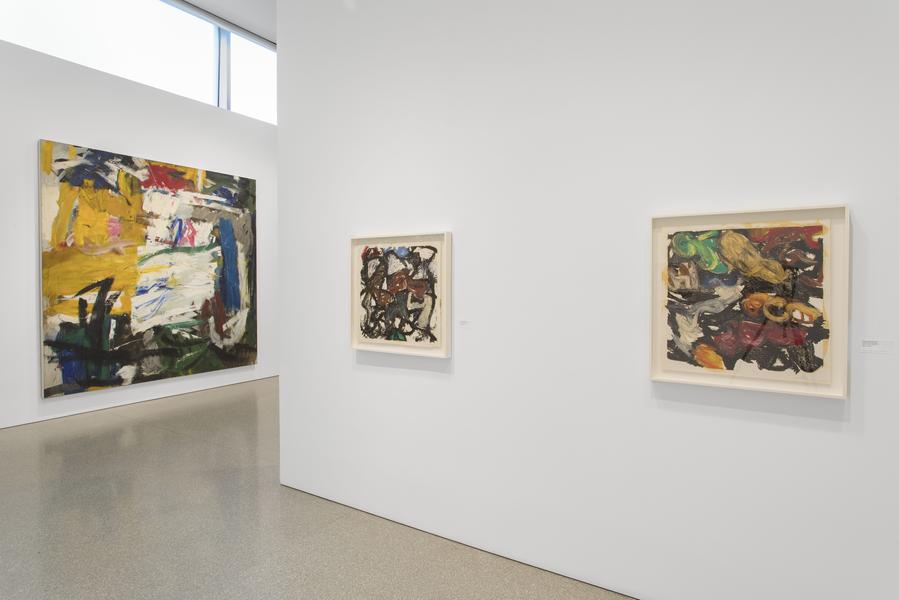 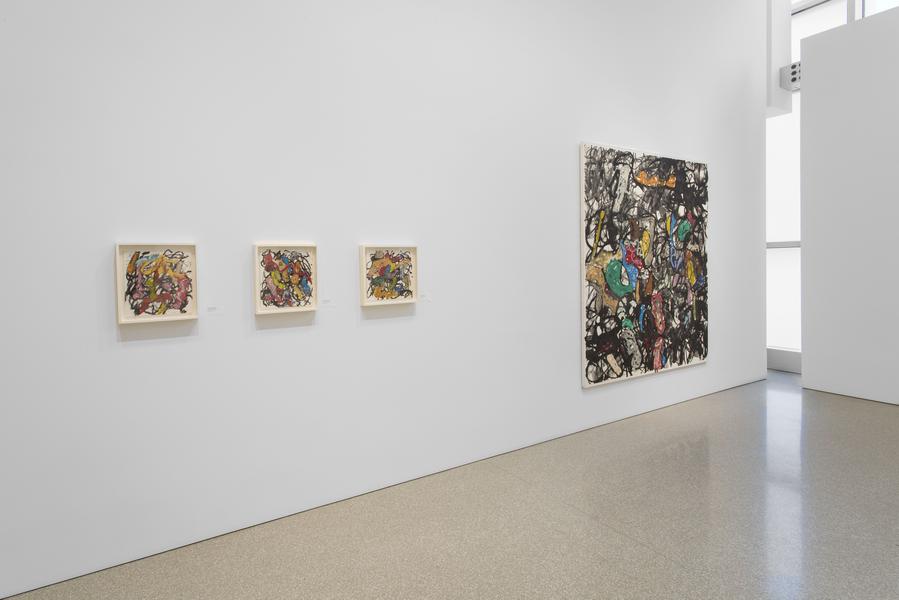 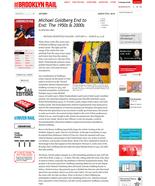 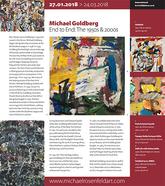 Born Sylvan Irwin Goldberg in 1924 and raised in the Bronx, Michael Goldberg (American, 1924-2007) began taking Saturday art classes at the Art Students League in 1938. A gifted student who read Lautréamont, Baudelaire, and Nerval, in 1939 Goldberg finished high school at the age of fourteen and enrolled in City College. He soon found New York’s jazz scene to be a far more compelling environment, and he began skipping classes to frequent the Harlem jazz clubs near campus. Goldberg’s love of jazz would become a lifelong passion and a key component to his approach to composition in his paintings. From 1940 to 1942, like many of the leading artists of the New York School, Goldberg studied with Hans Hofmann. In 1943, he put his pursuit of painting on hold and enlisted in the US Army. Serving in North Africa, Burma, and India, Goldberg received a Purple Heart and a Bronze Star before being discharged in 1946. After his service, he traveled and worked in Venezuela before returning to the United States, settling back into New York City, and resuming studies at the Art Students League and Hofmann’s school.

Living downtown and frequenting the Cedar Bar, Goldberg befriended many of the artists of the New York School. In 1951, his work was included in the groundbreaking Ninth Street Show, co-organized by Leo Castelli, Conrad Marca-Relli, and the Eighth Street Club, and featuring the work of—among others—Hofmann, Jackson Pollock, Willem de Kooning, and Franz Kline. In 1953, the Tibor de Nagy Gallery gave Goldberg his first solo exhibition, but it was not until the late 1950s, when Martha Jackson Gallery began representing him, that his work gained widespread recognition. In 1960, he collaborated with close friend and poet Frank O’Hara on Odes, a book of poems and prints; in 1961, he spent time as a visiting artist at the University of California Berkeley; and in 1962, Mark Rothko gave Goldberg his spacious studio on the Lower Eastside at 222 Bowery, which Goldberg later bought. In 1969, he met artist Lynn Umlauf; they married ten years later, and both began teaching shortly thereafter at the School of Visual Arts. Goldberg remained on staff at SVA until his death.

In the 1980s, he and Umlauf began spending long periods of time in Tuscany, during which Goldberg would frequently drive to Siena and spend part of an afternoon looking at the frescoes and paintings that dominate the city. These excursions were vital to Goldberg, who conceived of painting as a dialogue—with artists who had come before him as well as with contemporary artists and viewers. Like the artist himself, Goldberg’s paintings continue to invite anyone interested to share the boundless passion their creator had for art and conversation.

Michael Goldberg died of a heart attack on December 31, 2007 in Manhattan, amid a resurgent interest in his work.

His work was recently the subject of a major exhibition at the Museum of Contemporary Art in Jacksonville, Florida (September 21, 2013 - January 5, 2014). Abstraction Over Time: The Paintings of Michael Goldberg, curated by Marcelle Polednik, was accompanied by a fully-illustrated catalogue with essays by Marcelle Polednik, Jeremy Gilbert-Rolfe, Karen Wilkin and a statement by Irving Sandler.

Michael Goldberg: End to End, The 1950s & 2000s is the second solo exhibition for the artist at Michael Rosenfeld Gallery.