Skip to content
Back to top Back to Exhibitions«
Manhatta: City of Ambition 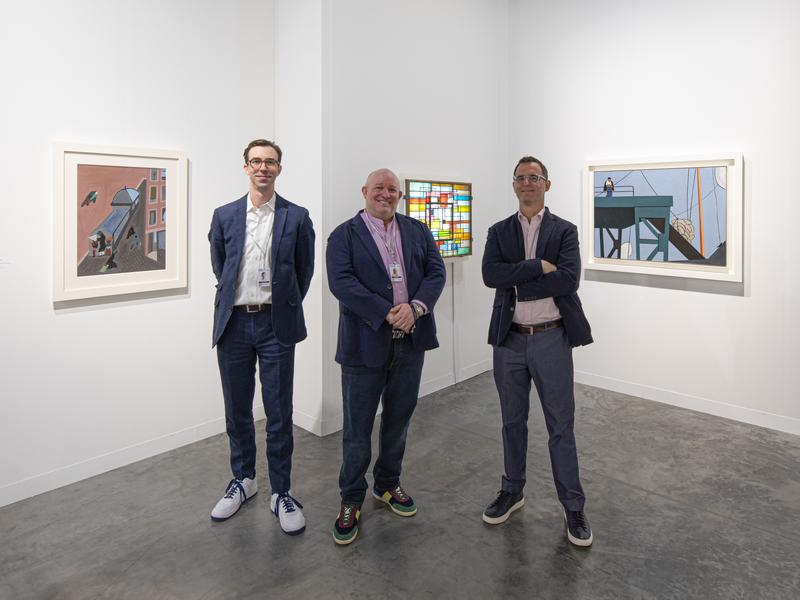 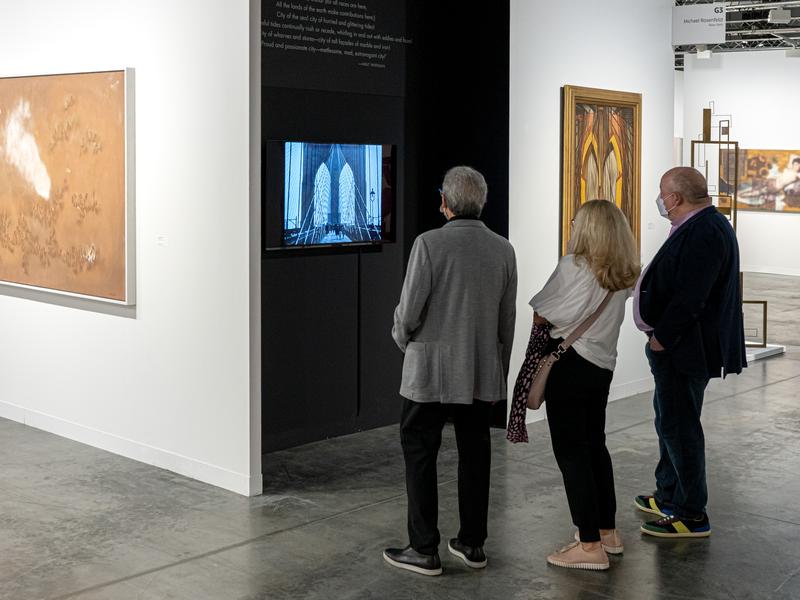 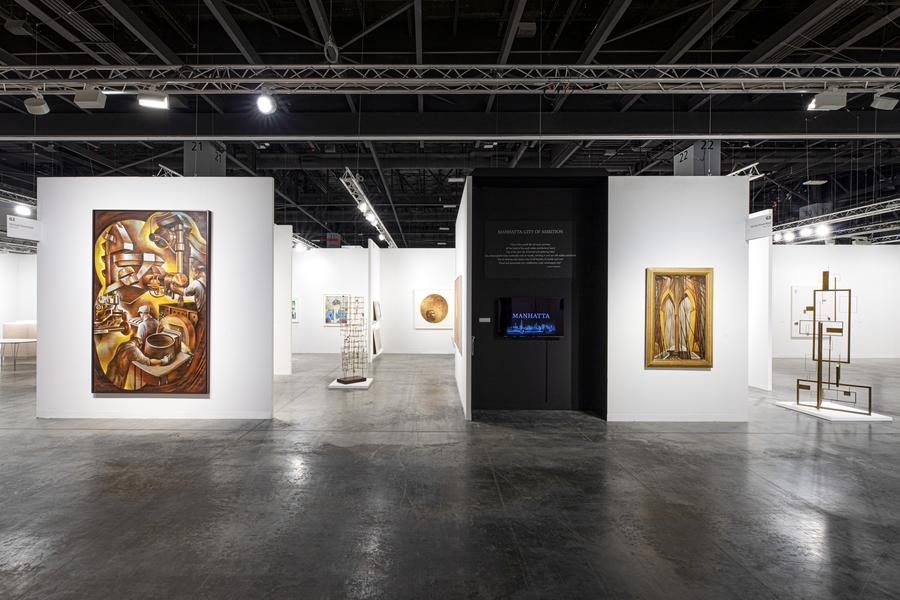 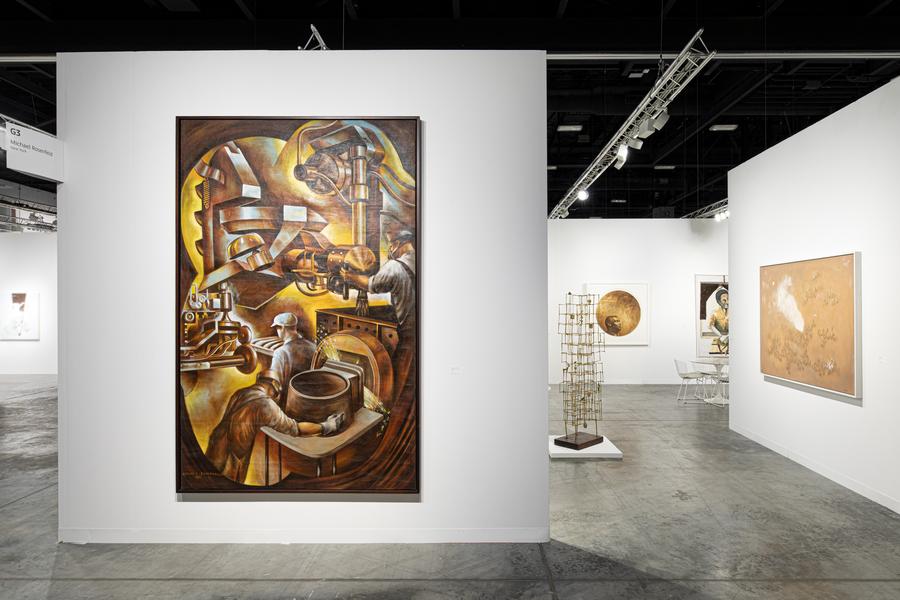 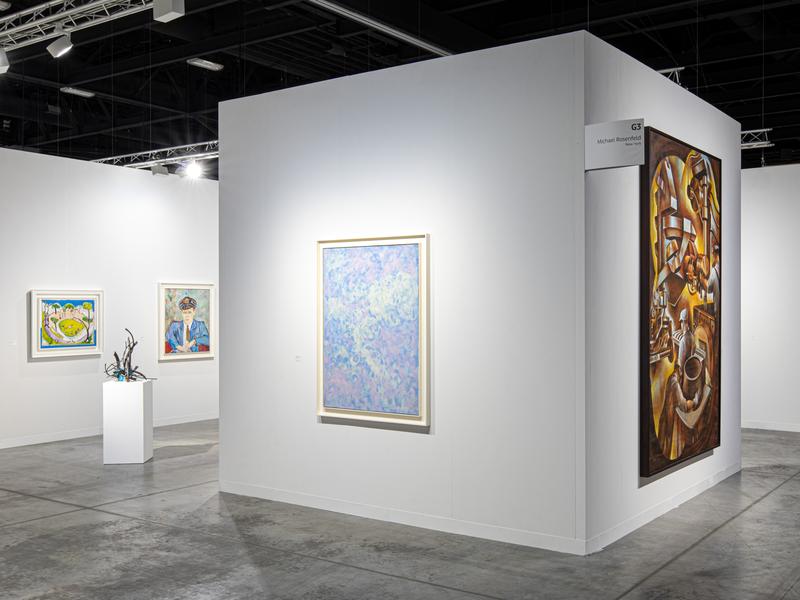 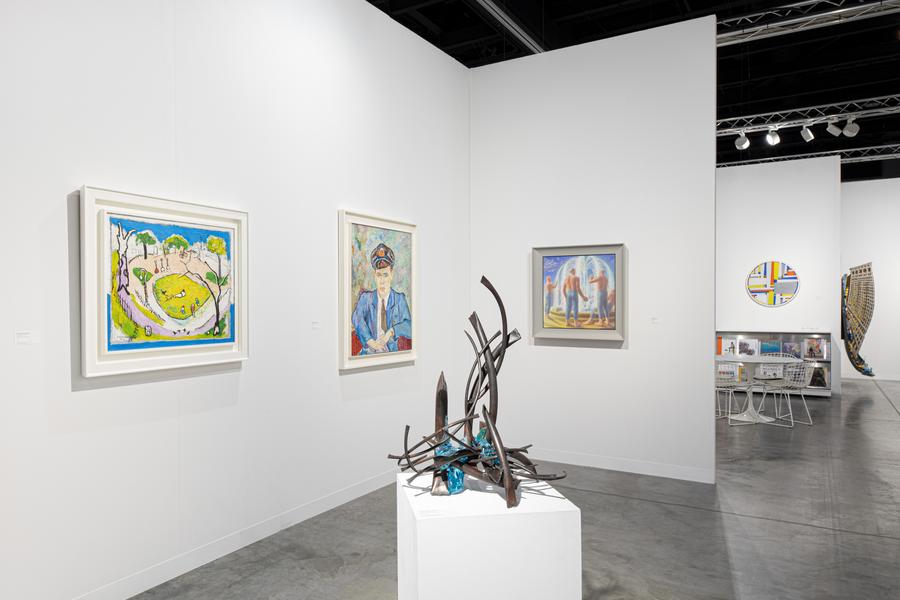 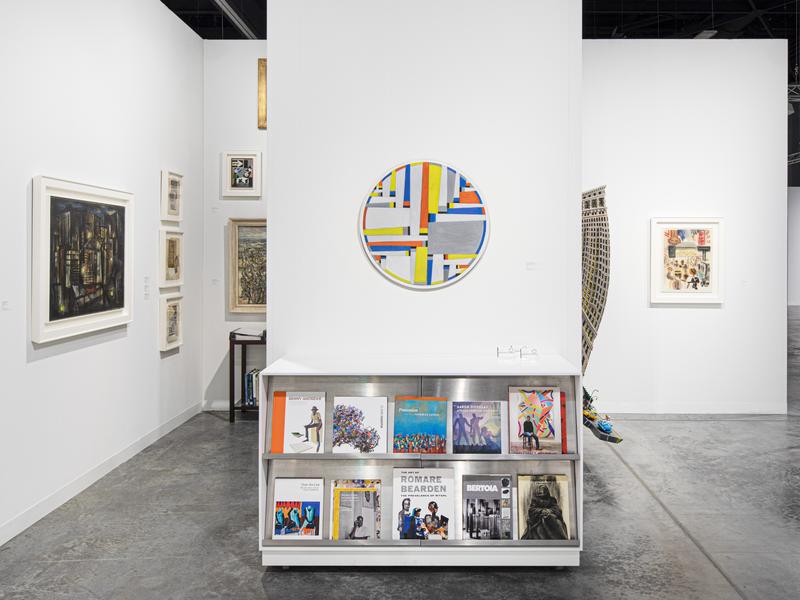 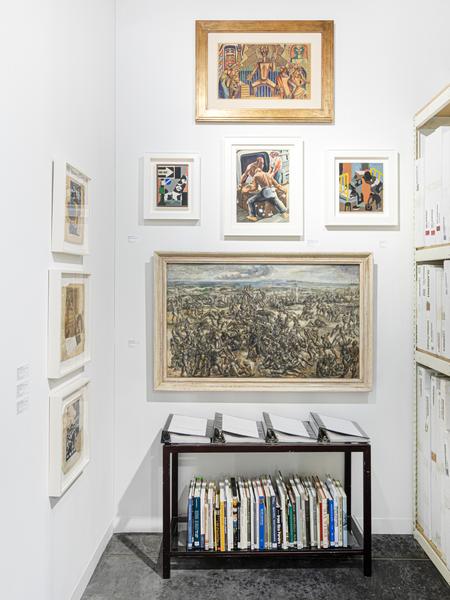 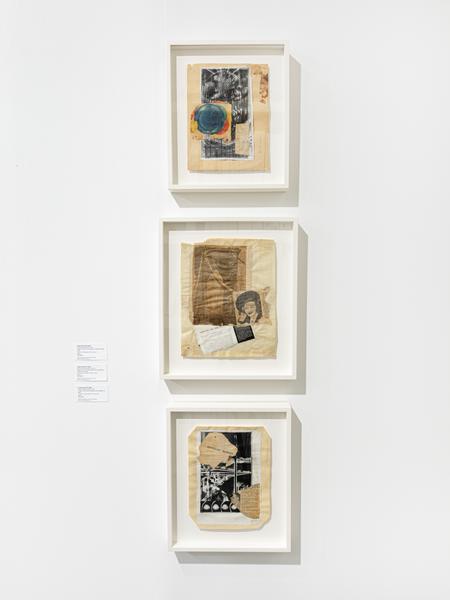 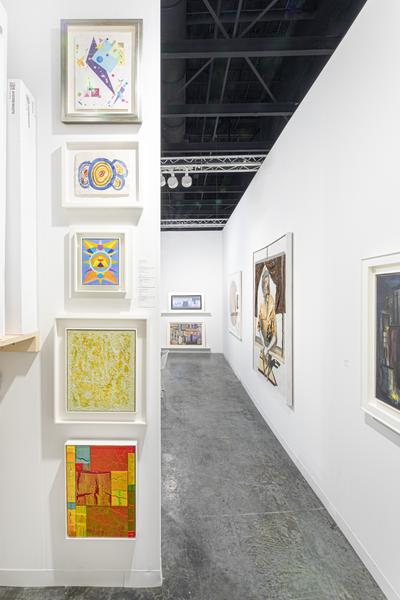 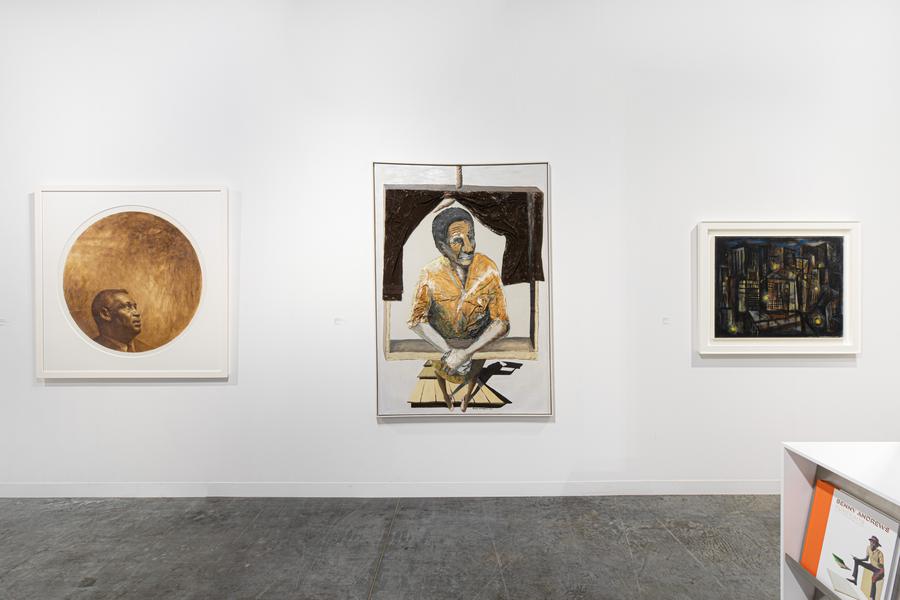 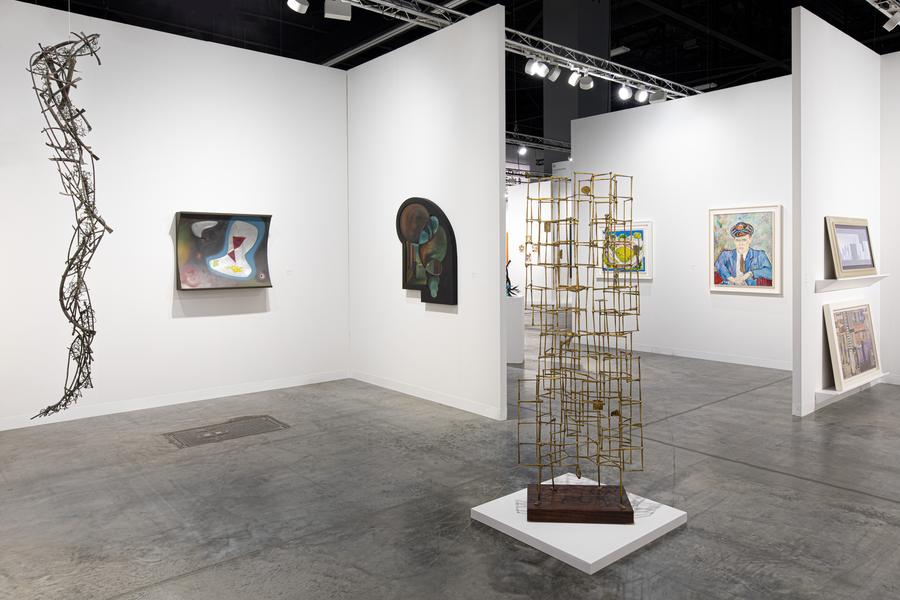 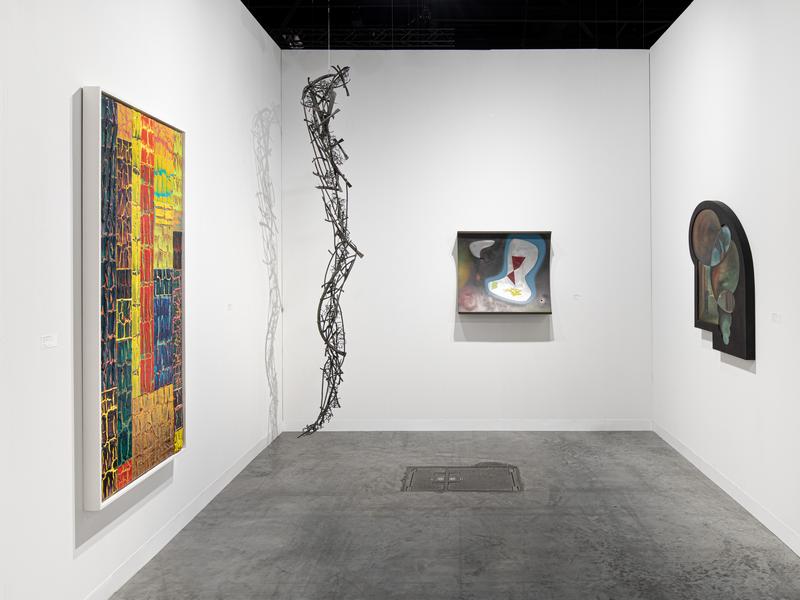 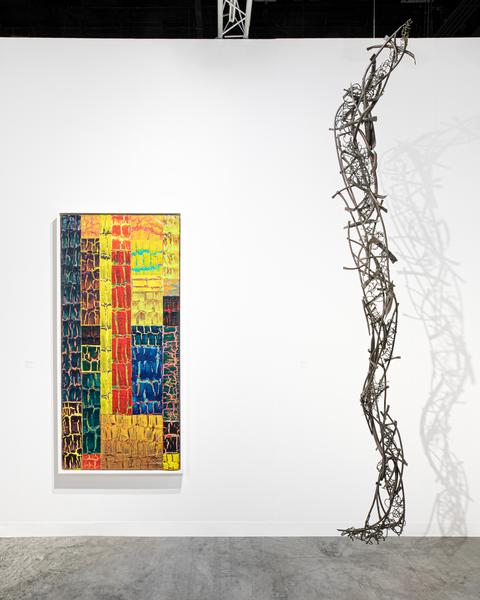 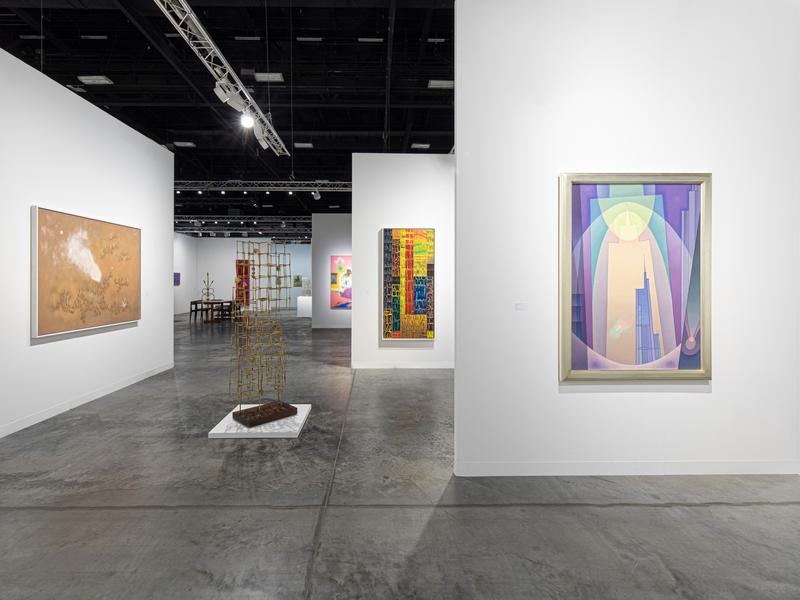 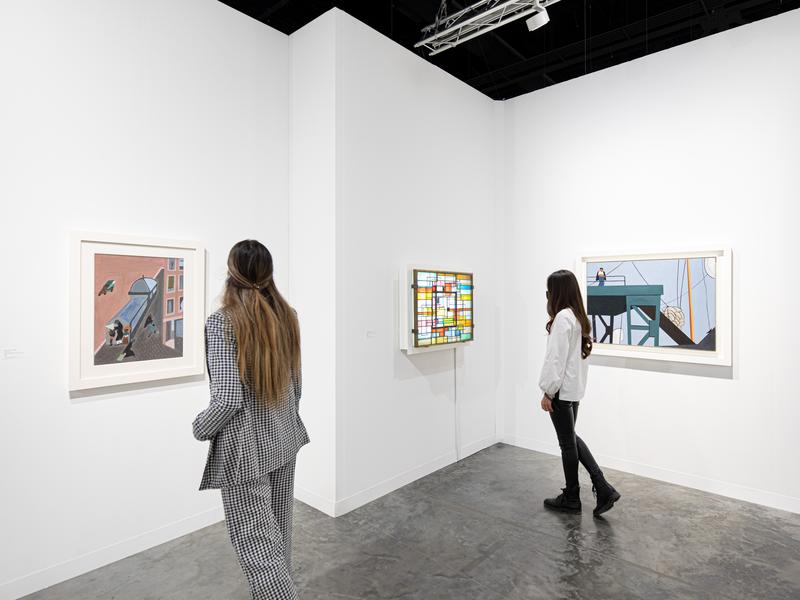 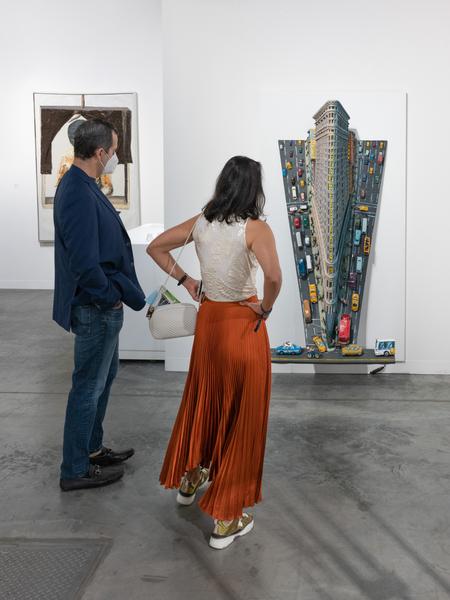 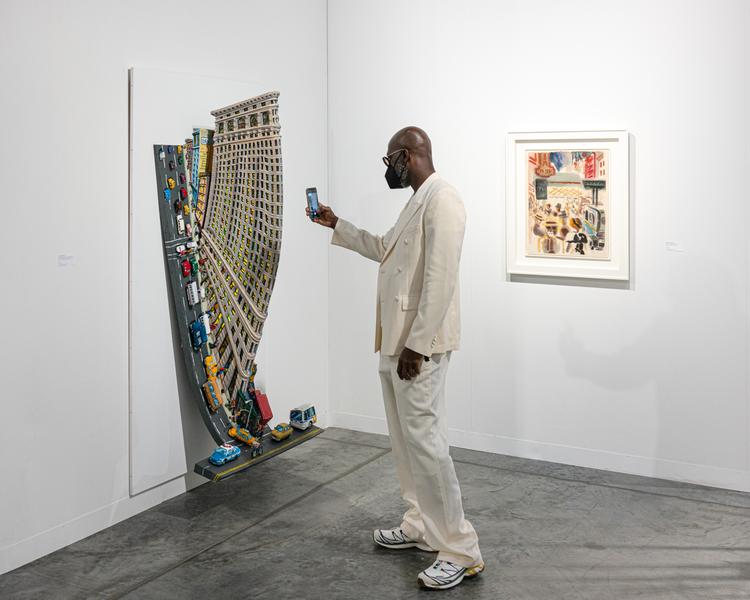 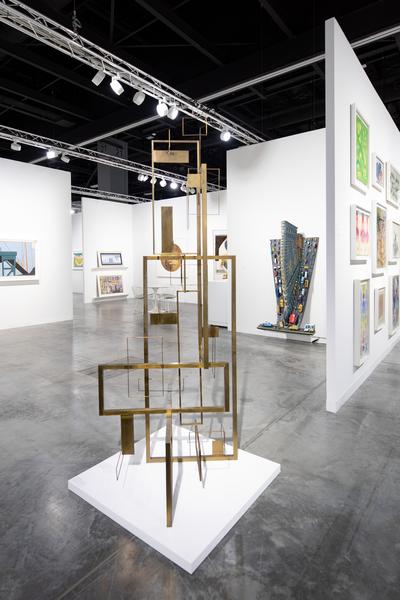 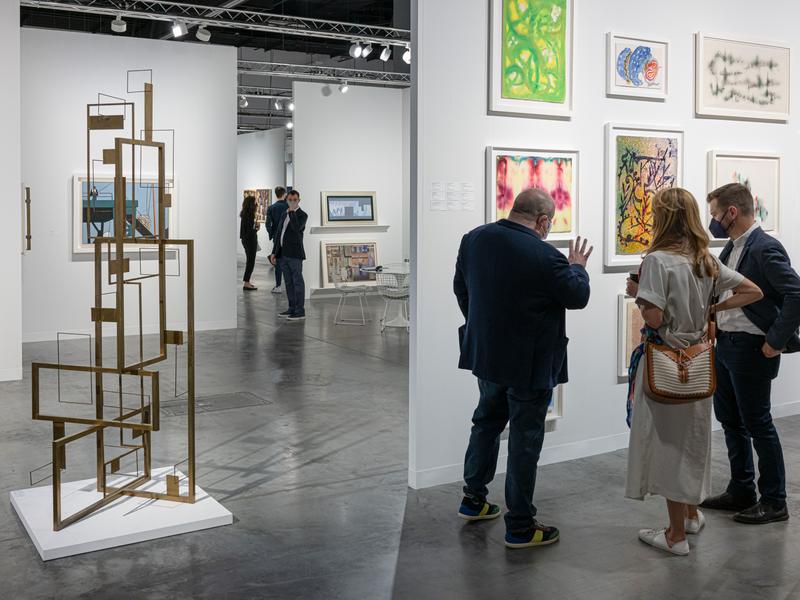 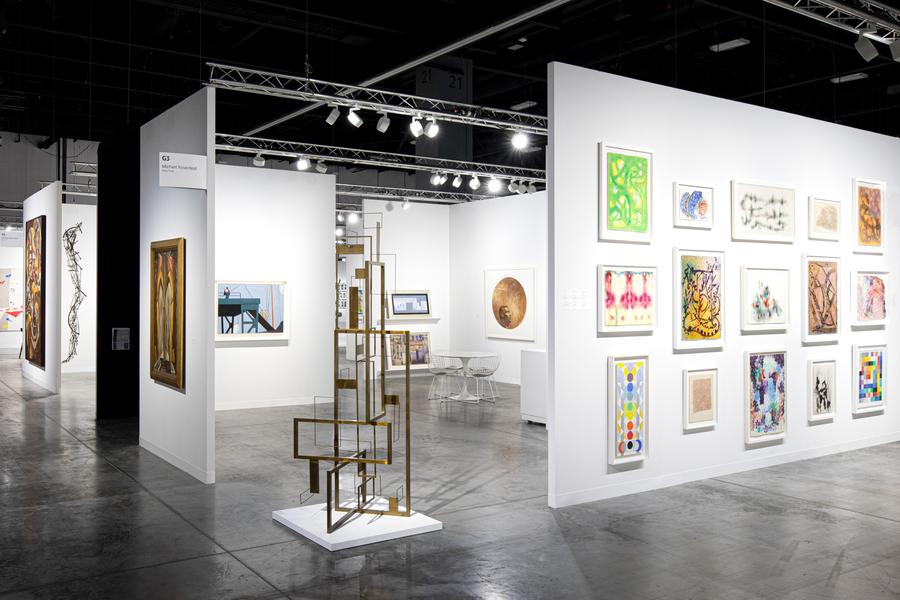 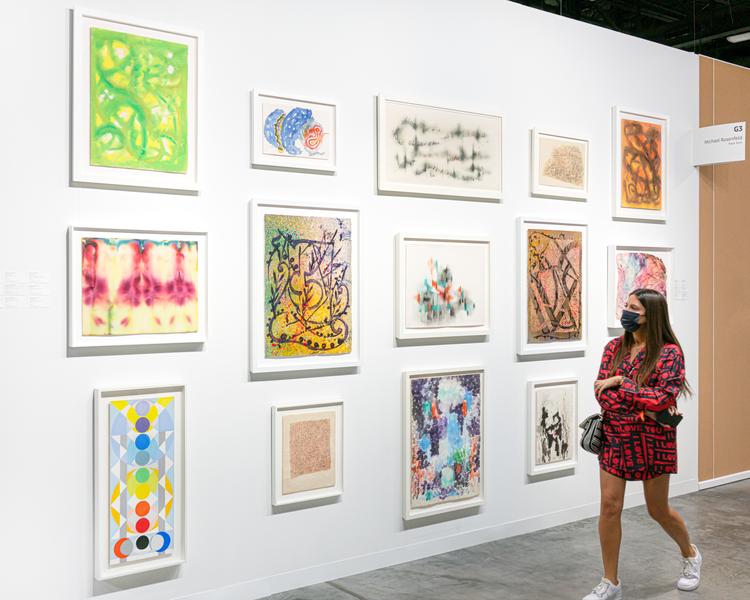 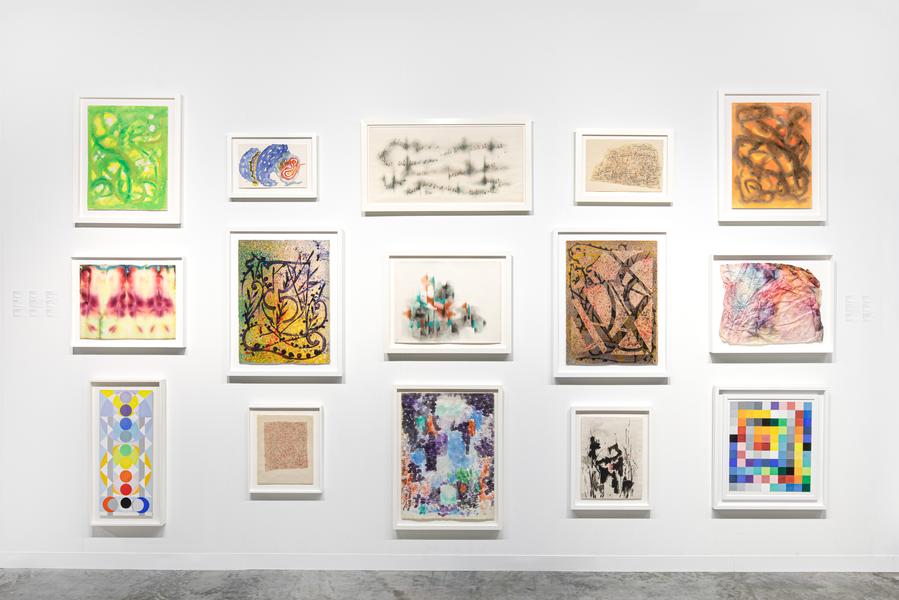 by Helen Stoilas and Gareth Harris

Michael Rosenfeld Gallery is pleased to present a group exhibition inspired by Paul Strand and Charles Sheeler’s avant-garde documentary film Manhatta (1920–21) at Art Basel Miami Beach 2021. Brought together in celebration of the centennial of Manhatta’s premiere, the works on view explore themes of urbanity, industry and immigration, conjuring visions of urban life that capture the scintillating energy and soaring aspirations of a densely populated metropolis. Featuring a broad selection of artists central to the gallery program, Manhatta: City of Ambition celebrates urban centers as loci of inspiration, highlighting artworks that exalt the struggles and triumphs of life in a major city rebuilding itself in the wake of global catastrophe.

A diverse group of works by artists associated with the 20th century New York avant-garde anchors the presentation in the city to which Manhatta is dedicated. Commuters (1954) by Norman Lewis (1909–1979), portrays the frenetic bustle of midcentury New York through the artist’s signature calligraphic line and sublimely atmospheric abstraction. George Tooker’s (1920–2011) otherworldly vision of Washington Square Park, Fountain (1949–50), is an early example of the artist’s masterful figurative practice containing all the hallmarks of his mature career, including an intensely psychological set of symbols and a radiant palette executed in his signature egg tempera medium. Beauford Delaney (1901–1979) likewise portrays the popular gathering place of the Greenwich Village creative community in his 1949 painting Washington Square, an exemplary work from his Greene Street period in which his fauvist-inflected palette and expressionistic facture affectively describe the site as an idyllic oasis within the concrete expanse of Lower Manhattan. Howard Cook’s (1901–1980) iconic rendition of the Brooklyn Bridge, The Bridge No. 1 (c.1951), constitutes an ode to the feat of modern engineering that connects the city’s two most populous boroughs. Embodying the electrified visual environment of the modern cityscape are Red Grooms’ (b.1937) monumental tribute to turn-of-the-century architectures, Flatiron Building (1995), which incorporates a live electrical component, and Irene Rice Pereira’s (1907–1971) Glass Construction (c.1944), a textured glass lightbox composition that echoes the nested, luminescent grid of an urban environment after sunset.

While many of the artists included in Manhatta: City of Ambition were luminaries of the New York scene, the purview of the exhibition encompasses urban centers across the United States. Two major paintings from the interwar years effectively convey the grand architectural achievements of Chicago’s swiftly rising skyline in City Lights (1933) and City Ultimate (1936) by Raymond Jonson (1891–1992). In Edmund Lewandowski’s (1914–1998) Industry (1942), workers toil in a factory scene set in the artist’s native city of Milwaukee; Lewandowski (who ran in the same Precisionist painting circles as Sheeler) sought to elevate the sleek, complex forms of modern industrial machinery as well as the workers who operated them, who he considered to be exemplars of American progress. A particularly architectonic example of Claire Falkenstein’s (1908–1997) Fusion series will be on view; using an original technique she developed in Europe, Untitled (Fusion) (c.1970) melds copper with jewel-toned glass similar to the artisanal Murano glassware that inspired the series’ conception, transforming a centuries-old Venetian tradition into a thoroughly modernist American masterpiece constructed in Venice Beach, California. A rare study by Harlem Renaissance master Aaron Douglas (1899–1979) evidences the artist’s refined graphic sensibilities, applied at the height of his faculties in advance of his most ambitious mural commission, the Cravath Hall cycle at Fisk University in Nashville. Another mural study, Untitled (Mural Study, Camp Wo-Chi-Ca) (1945), demonstrates Charles White’s (1918–1979) unparalleled draftsmanship; inspired by the artist’s experiences at a progressive summer camp in Hunterdon County, New Jersey, the composition advances a multicultural vision of society defined by access to education and protected workers’ rights. Finally, a prime example of Harry Bertoia’s (1915–1978) high modernist metalwork sculpture reflects the midcentury architectures in which many of his public artworks were installed throughout the Midwest; constructed in the years after he left a wildly successful career as a designer to create sculpture full-time in his eastern Pennsylvania farmhouse, Untitled (1956) constitutes an experiment in embodied variation limited to a stripped-down set of component parts and repetitive constituent motifs to create a structure simultaneously solid and transparent.

Visitors will have the opportunity to view Manhatta in a dedicated alcove of the booth; the silent film contains verses from Walt Whitman poems in lieu of narrational exposition. Sheeler and Strand shot the film at various locations in Lower Manhattan throughout 1920; in fact, fans of Strand’s photography will notice several locations that the artist also documented in some of his most famous photographs. Both Strand and Sheeler were protégés of Alfred Stieglitz, and many of the film’s sixty-five shots resemble the sharp focus and richly varied tonal scale of a platinum print. Often using extreme camera angles evocative of a Cubist perspective, the 11-minute film comprises a series of vignettes that echo the structure of Whitman’s verse. Manhatta is considered by most film historians to be the first avant-garde film produced in America, amounting to a moving portrait of the island wherein visions of modern life are captured via a non-narrative, documentary approach. The film was digitally restored in 2008, as most extant versions were jittery, scratched celluloid prints that had been overexposed due to years of screenings and poor storage practices. Thanks to the efforts of Anthology Film Archives, The British Film Institute, DTS Digital Images, Lane Collection at the Museum of Fine Arts Boston, The Library of Congress, The Museum of Modern Art, The National Gallery of Art and Eye Filmmuseum, all 11,223 frames on view at Michael Rosenfeld Gallery’s booth have been corrected to reflect the crystal-clear, steadily shot film audiences saw in the 1920s. Enhanced by Whitman’s rhapsodic words, Manhatta’s silvery impressions of the era’s achievements in architectural innovation, urban infrastructure and industrial efficiency perfectly reflect the thematic concerns of the works on view.