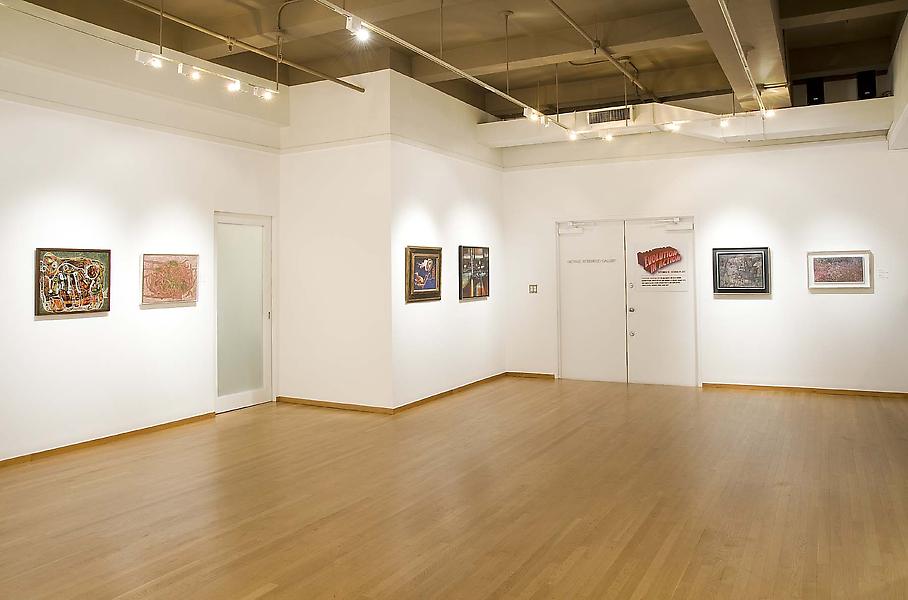 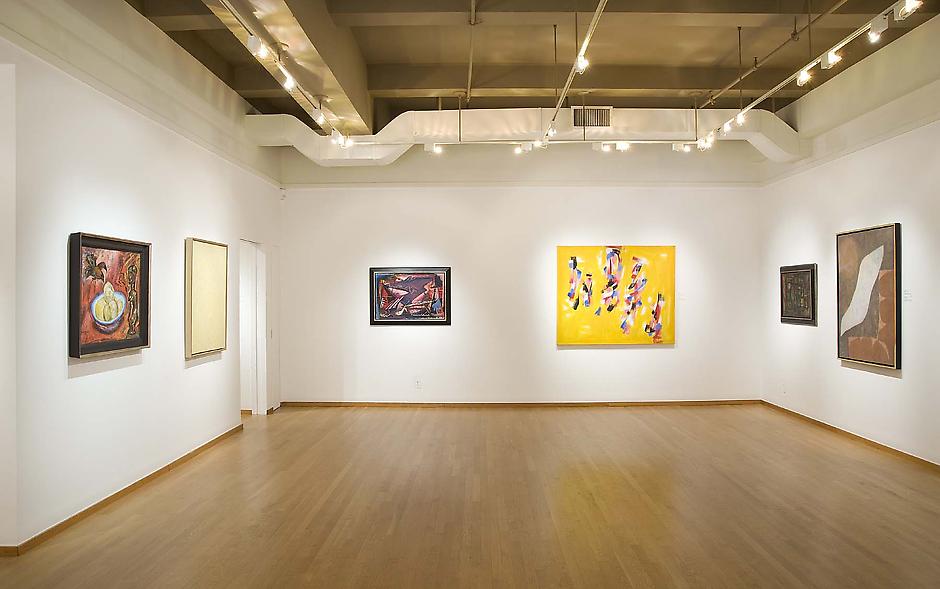 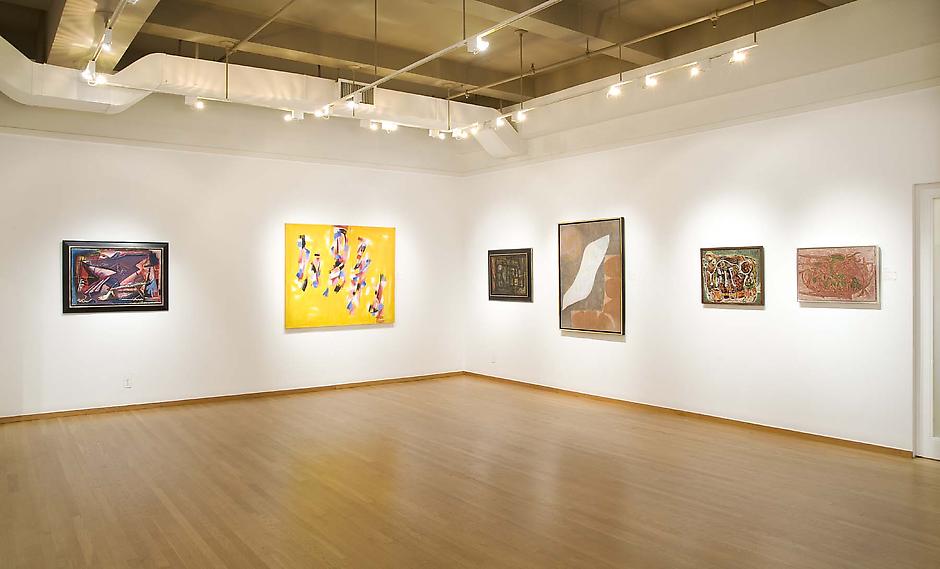 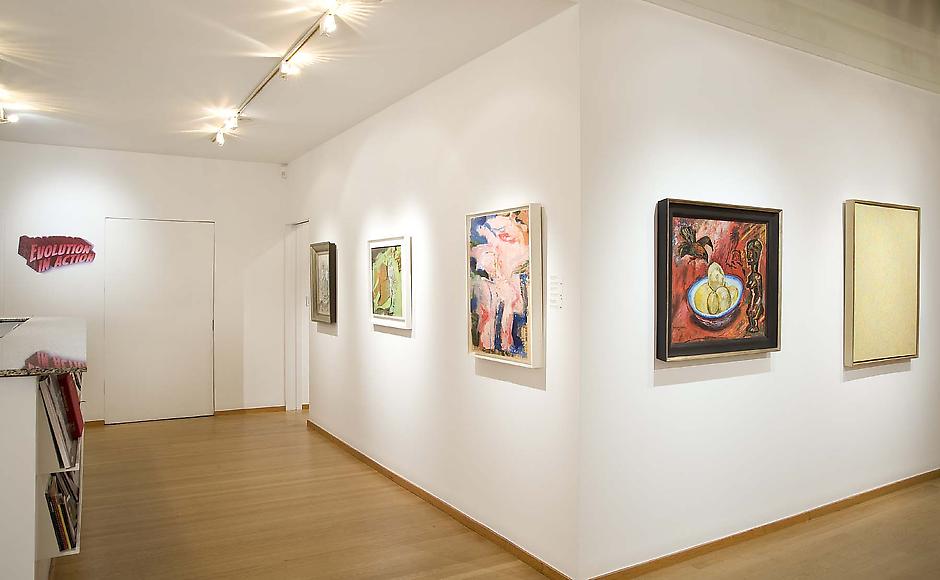 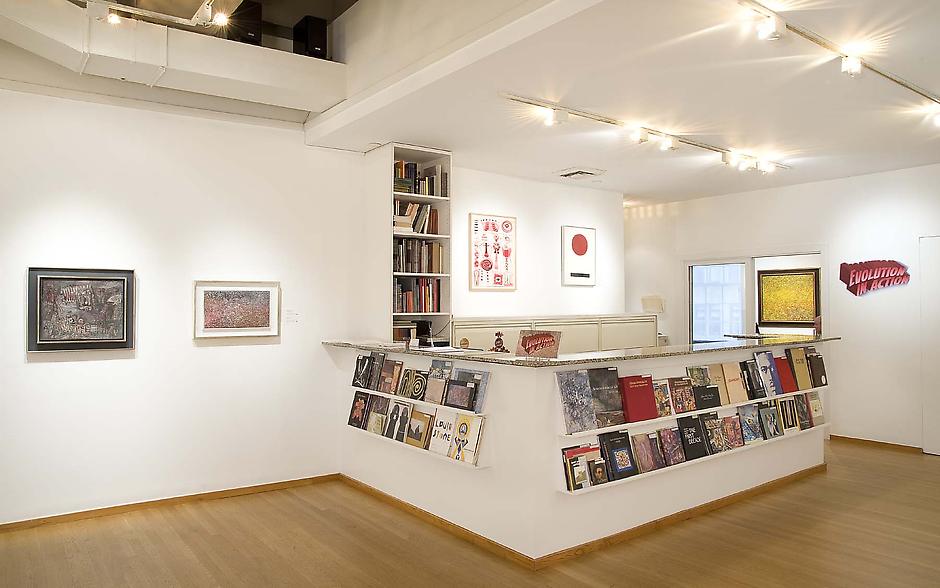 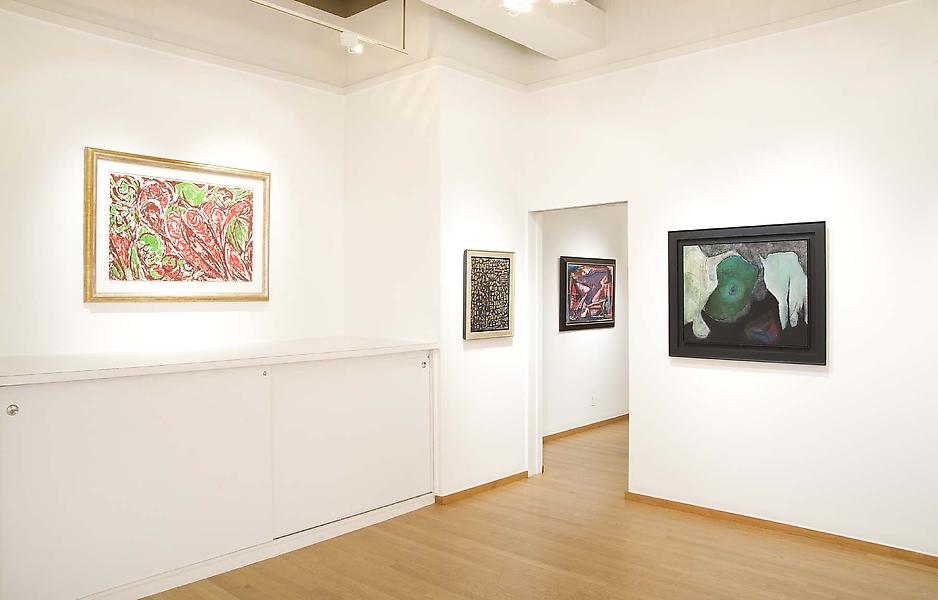 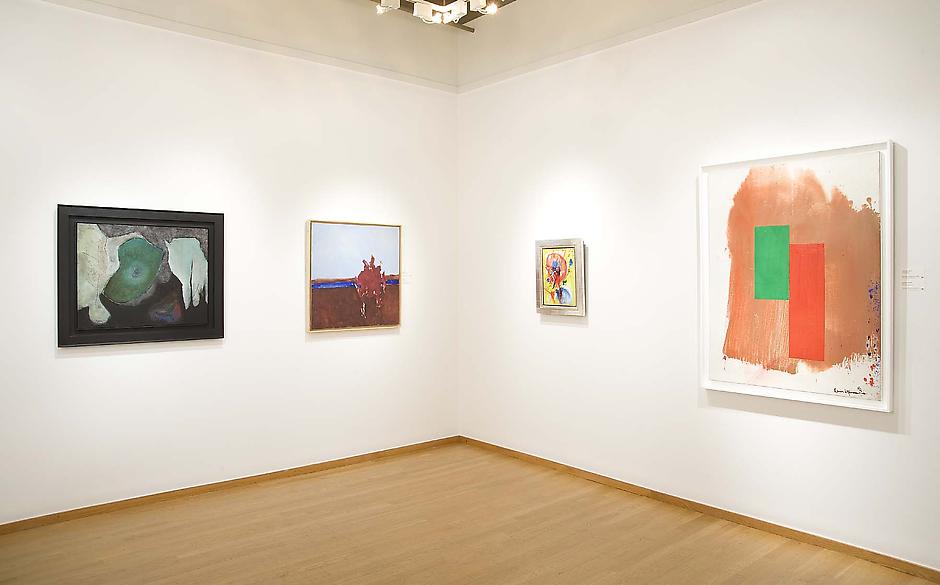 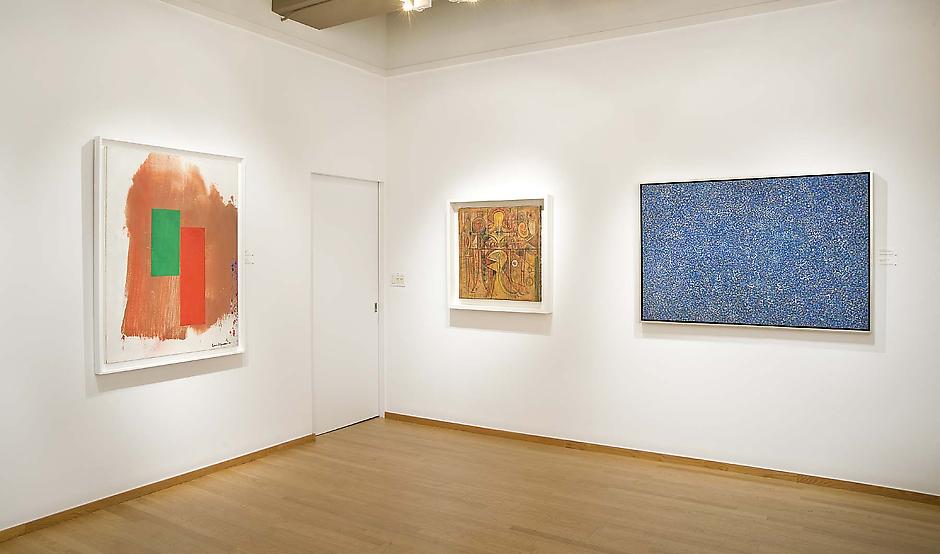 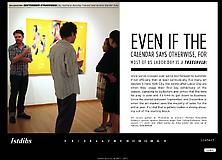 Today, the majority of these artists are best known for the large-scale, daring abstractions they created in the 1950s and 1960s, but the careers of each painter featured in the exhibition began to take off in the 1930s and early 1940s, when surrealism still held a central place among the avant-garde. Evolution in Action reveals the dynamic shifts that occurred mid-century in American modernism by pairing an earlier painting by each artist with one that is more immediately representative of his or her mature, “signature” style. On one end of the exhibition’s timeframe are the biomorphic forms, psychological landscapes, and unexpected juxtapositions that owe a debt to surrealism, while on the other are the flat planes of color, bold brushstrokes, and lines liberated from representation that marks abstract expressionism and its contemporary movements.

The division of art history into styles that are then attached to distinct time periods can often leave us with the false impression that nothing happened in the years between. Evolution in Action sheds light on the dynamism of these intervening years not by representing them, but precisely by omitting examples from them. Thus, the dramatic placement of an untitled Gottlieb from 1949 alongside one from 1967 provokes questions and curiosity about how he arrived at the latter from the jumping-off point of the former. At the same time, these pairings are designed to allow viewers to see continuities across the works of a given artist and to gain a greater appreciation for each painter’s wide range of talent. The bright yellow lemons of Delaney’s untitled still life (1945) provide

the inspiration for the vibrant yellows and soft blues and greens that make up his untitled abstraction from 1963; a subsequent glance back at the lemons then reveals that Delaney’s treatment of color was always complex, that he always saw and was able to reveal the variety of shades, tones, and hues within what seemed to be a single color. The composition of Ossorio’s intriguingly titled psychological portrait Donald Clean and Healthy with His Worries in His Hair (1944-49) is re-worked almost twenty years later as an abstract congregation in Undistracted (c.1963).

Bringing together paintings that span some of the most innovative decades in American art history, Evolution in Action presents fourteen artists who thrived by challenging themselves to grow, change, adapt—in short, to evolve.

Book Signing: Survival of the Beautiful by David Rothenberg

In connection with Evolution in Action, Michael Rosenfeld Gallery will host a book signing on Thursday, October 20, 2011 from 6:00 to 8:00PM for David Rothenberg’s Survival of the Beautiful: Art, Science, and Evolution. Inspired by Darwin’s theories of evolution as well as “his observation that that animals have a natural aesthetic sense,” Survival of the Beautiful examines “the interplay of beauty, art, and culture in evolution” (http://www.bloomsburypress.com/books/catalog/survival_of_the_beautiful_hc_168). Rothenberg, a philosopher, musician, and author of Why Birds Sing (among other titles) has long been interested in the ties that bind art to nature. Here, he examines the aesthetic appeal of nature to humans and animals, asking why it is that both find nature beautiful. Advance copies of the book, which is published by Bloomsbury Press with a release date of November 2011, will be available.

For visuals and additional information, please contact Marjorie Van Cura at (212) 247-0082 or mv@michaelrosenfeldart.com