Skip to content
Back to top Back to Exhibitions«
Barbara Chase-Riboud: One Million Kilometers of Silk 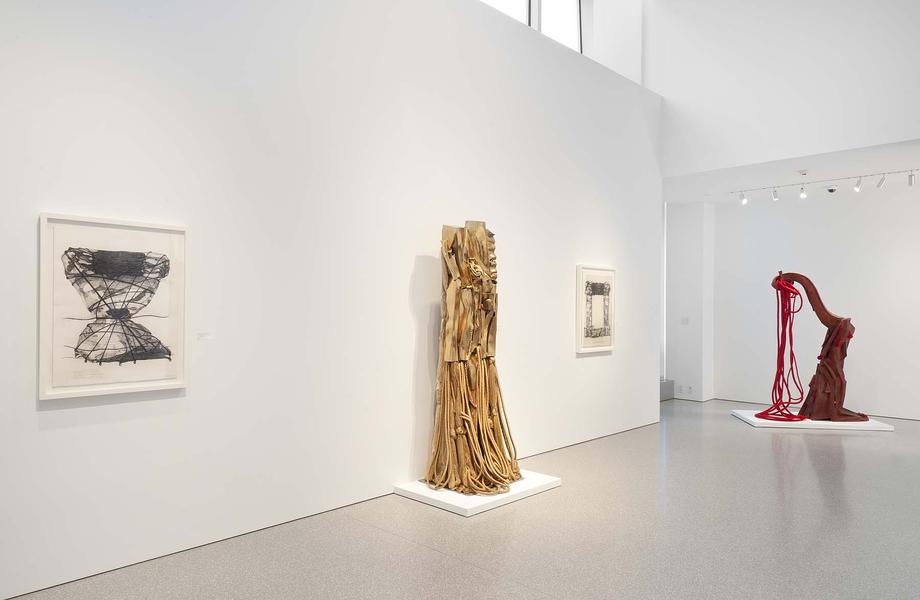 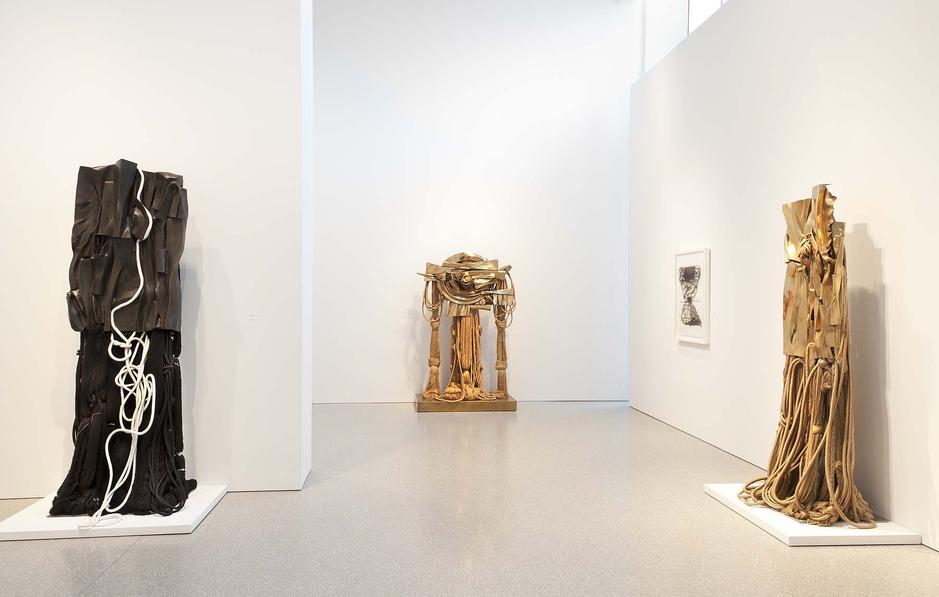 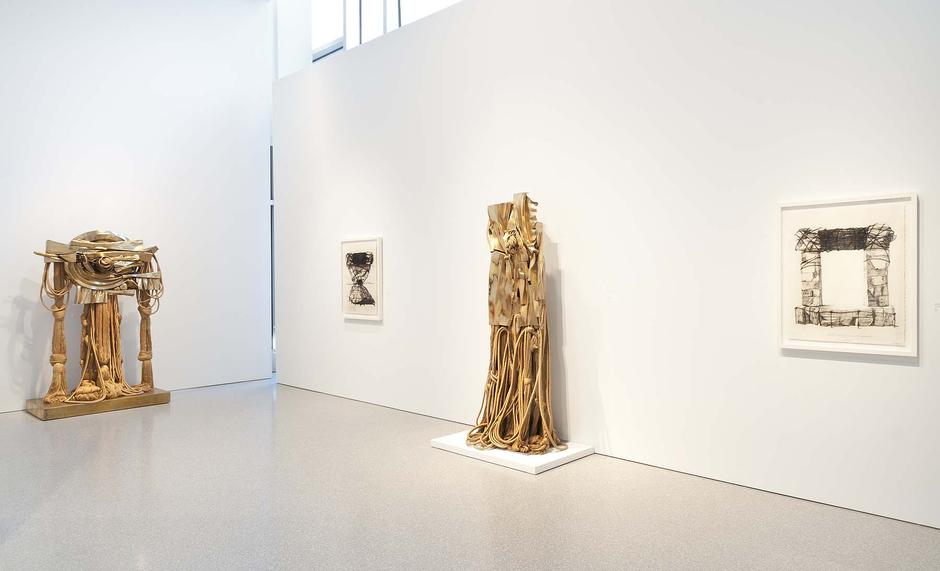 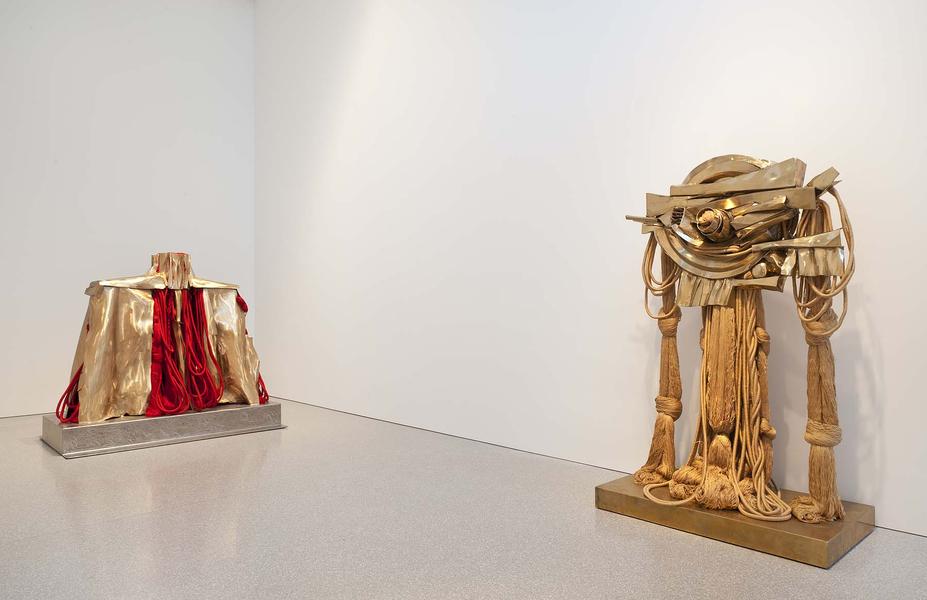 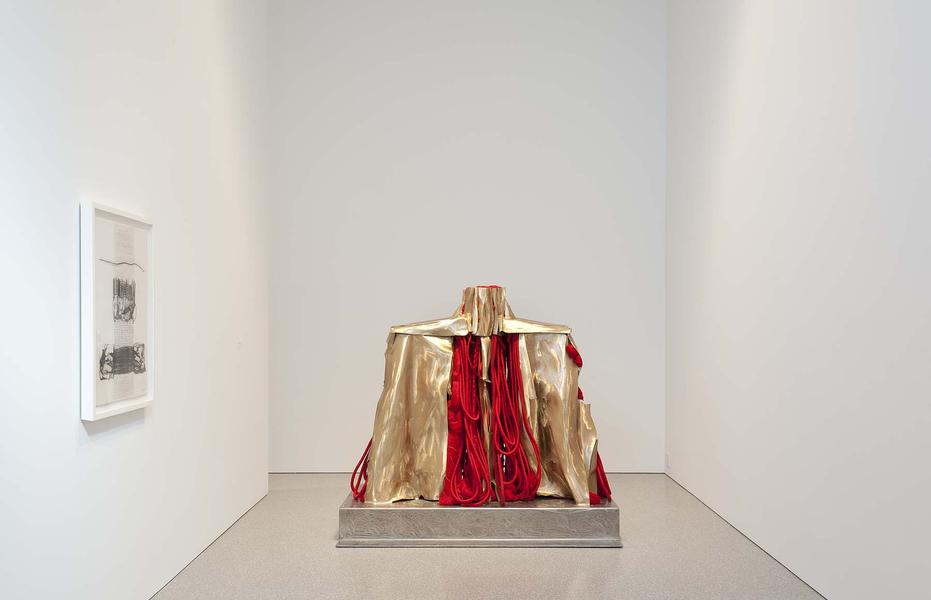 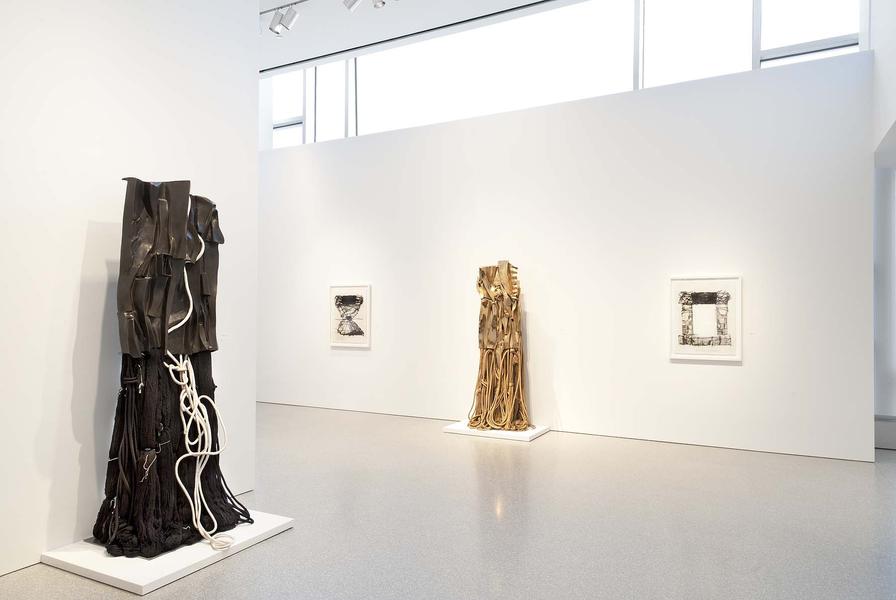 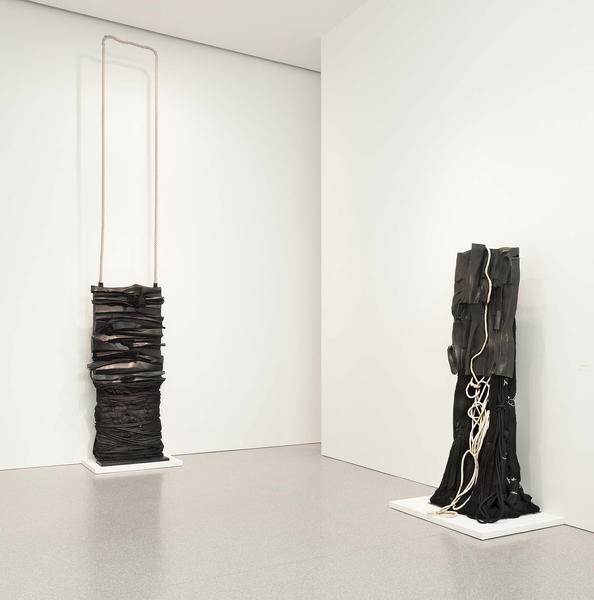 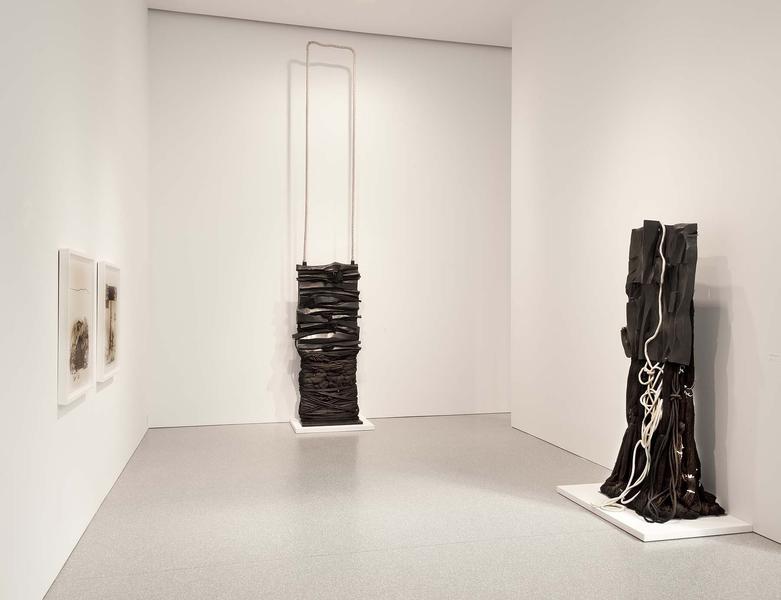 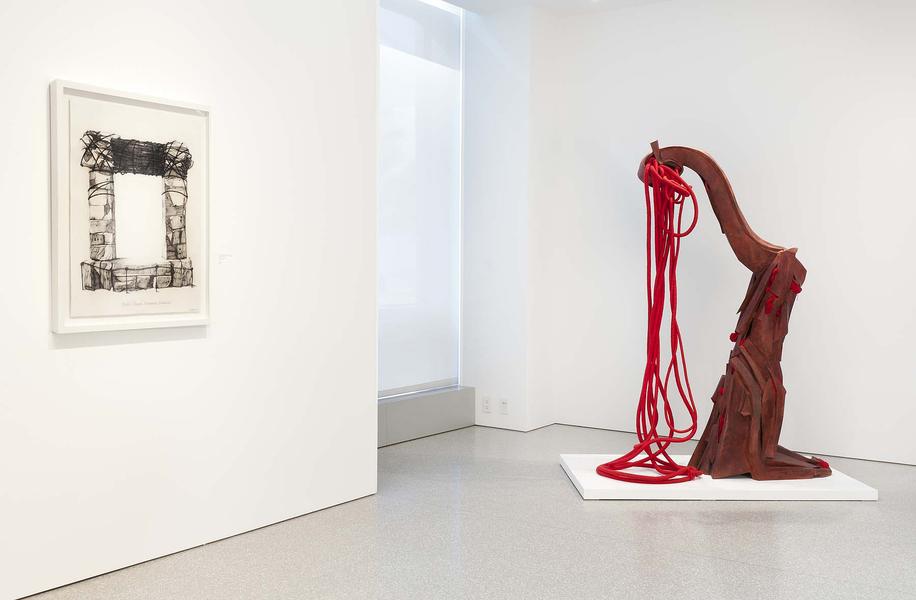 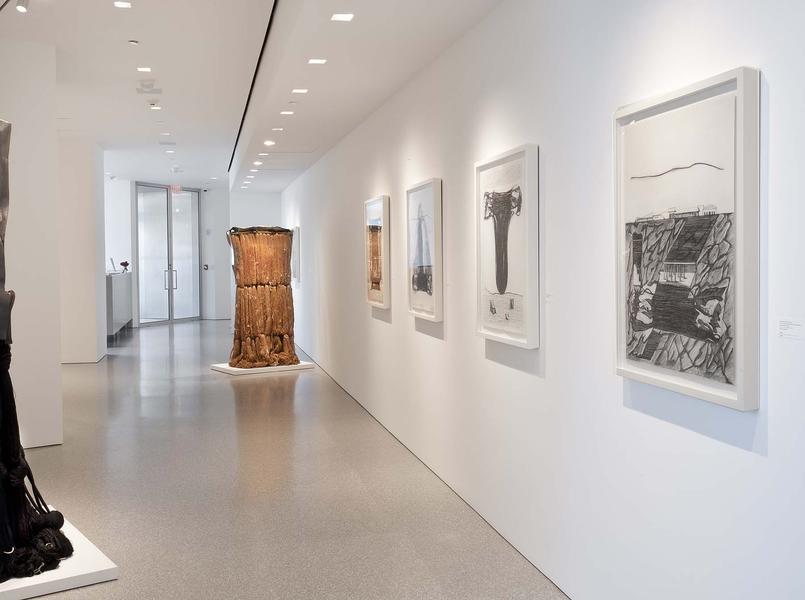 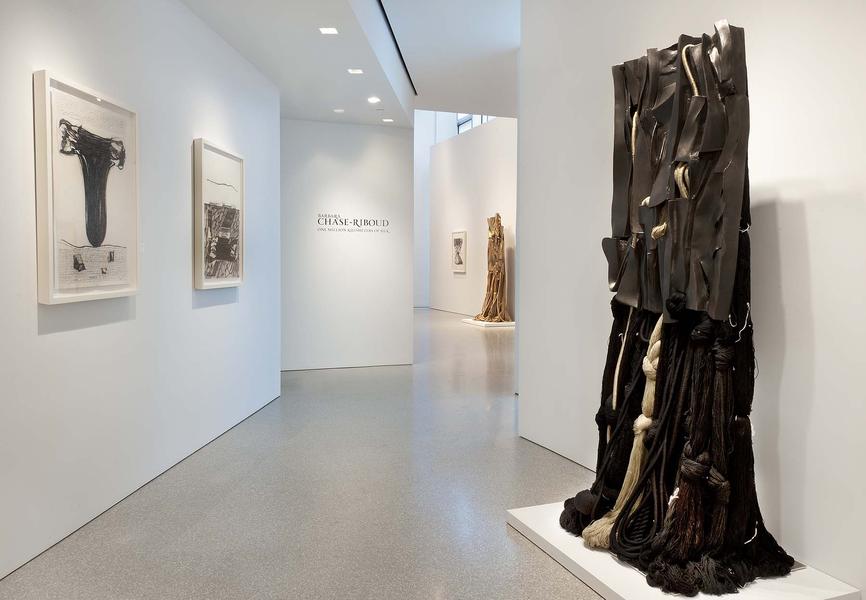 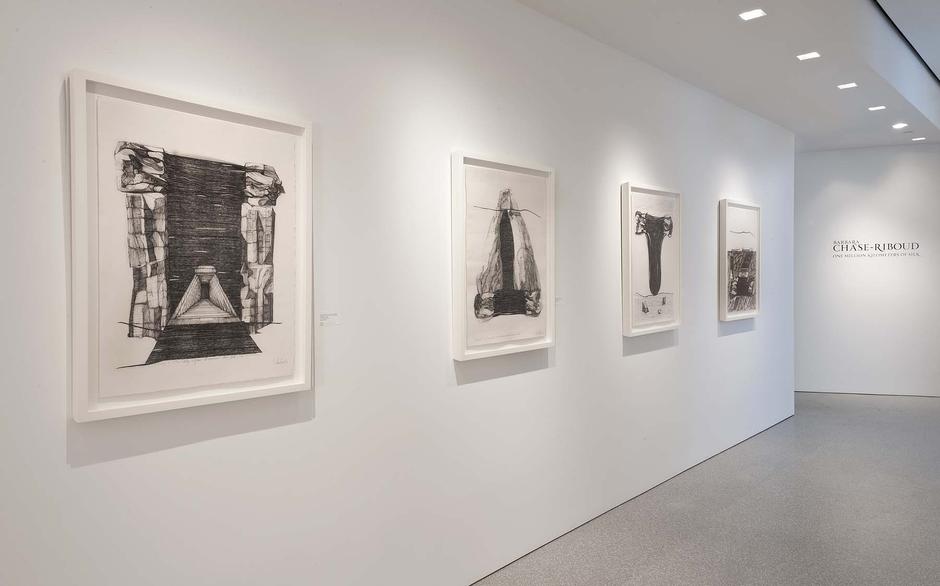 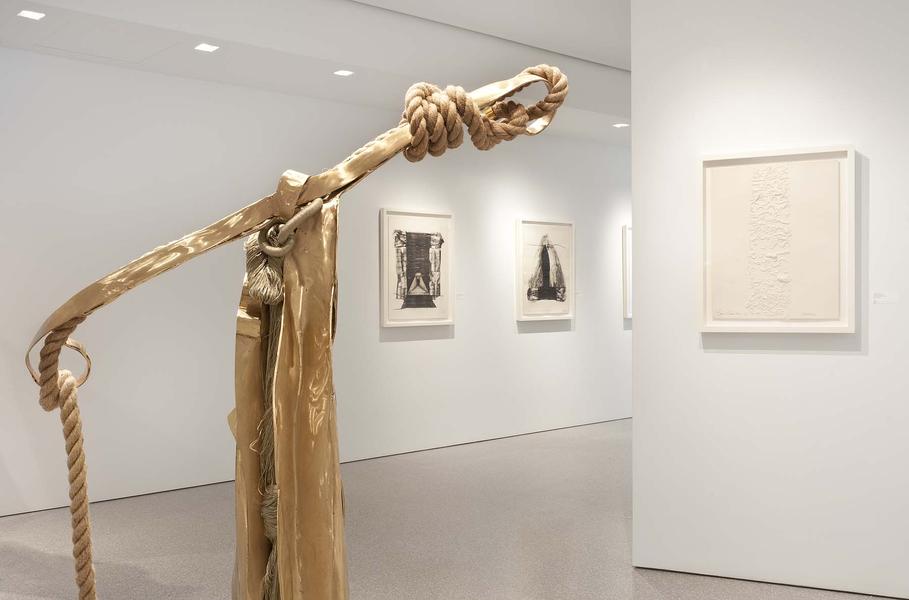 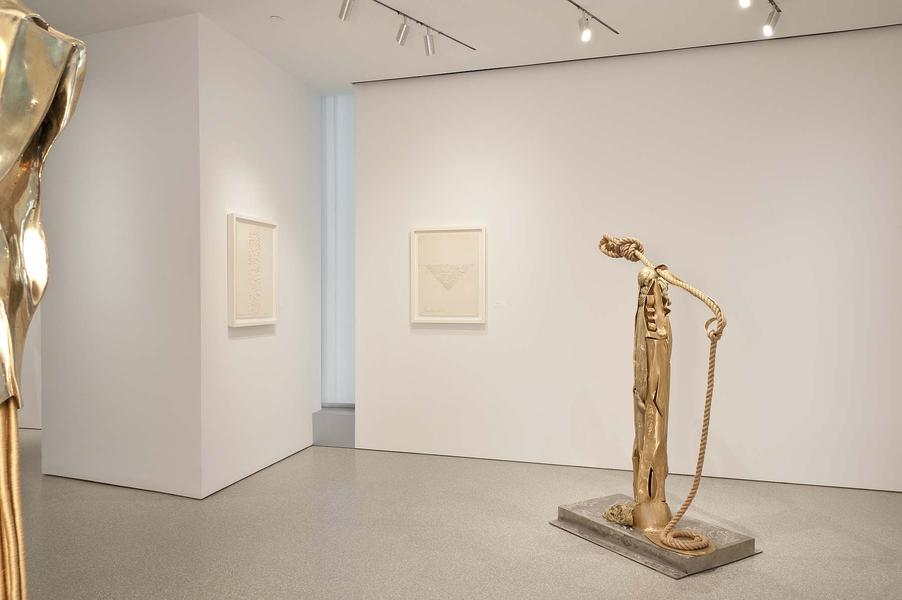 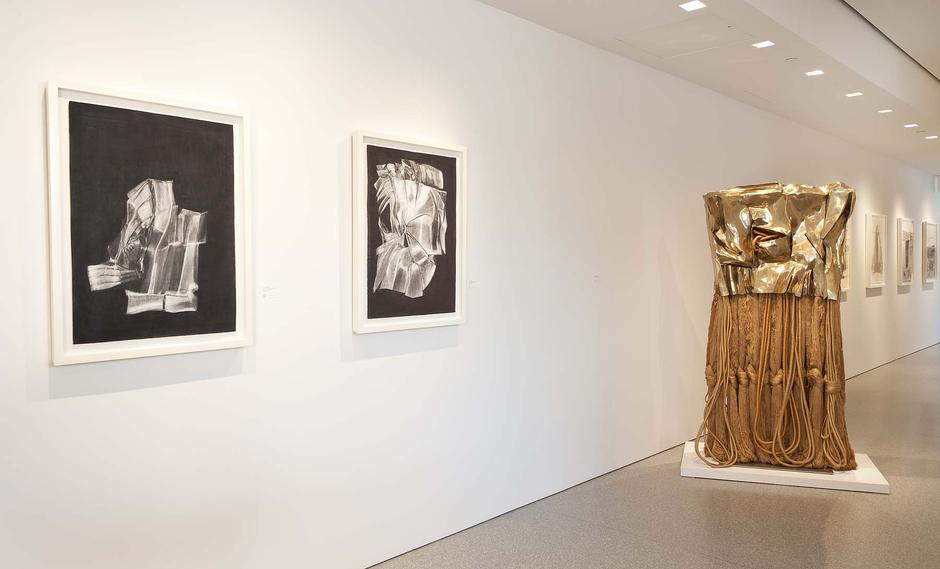 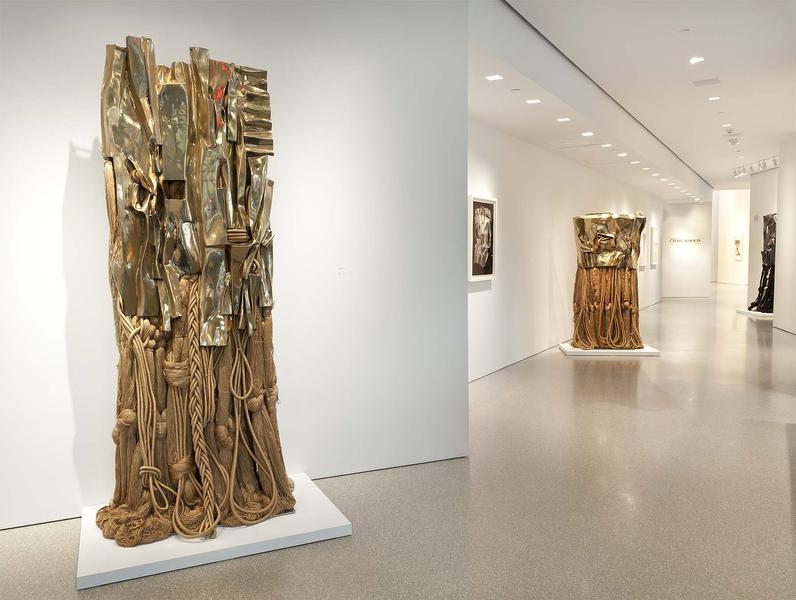 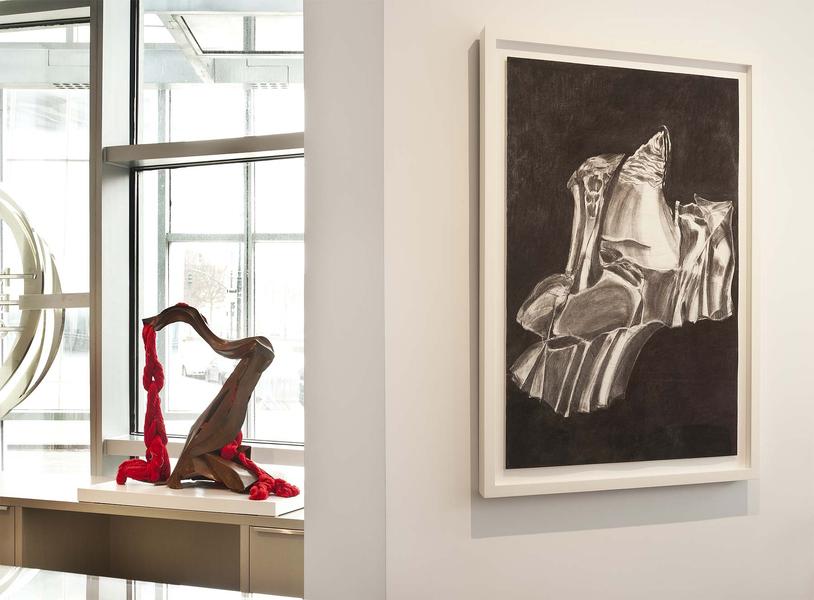 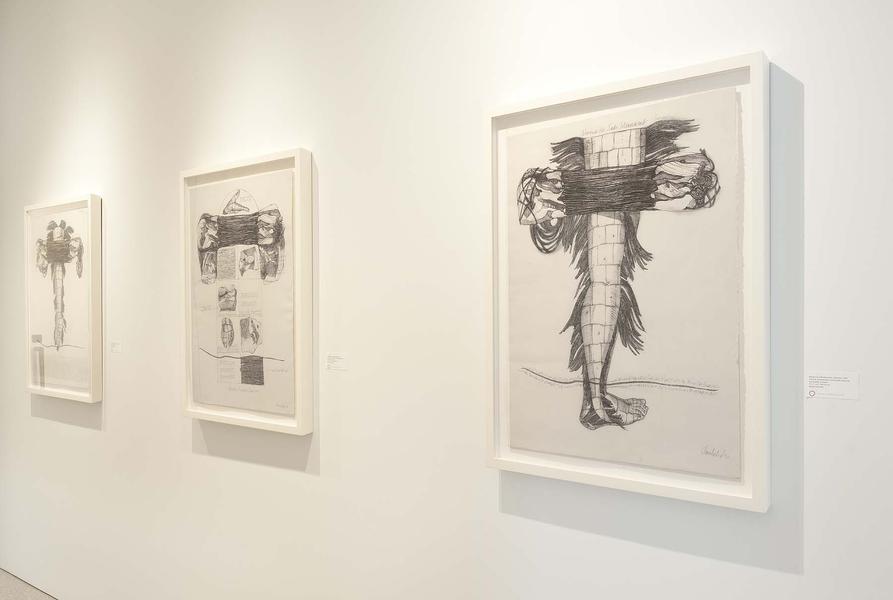 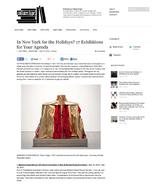 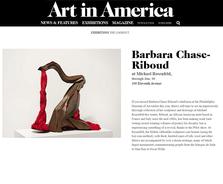 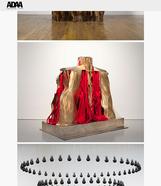 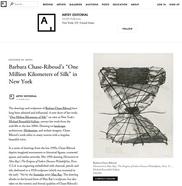 “I love silk, and it's one of the strongest materials in the world and lasts as long as the bronze.  So it's not a weak material vs. a strong material so the transformation that happens in the steles is not between two unequal things but two equal things that interact and transform each other."
—Barbara Chase-Riboud

(New York—September 26, 2014) Michael Rosenfeld Gallery proudly announces our representation of Barbara Chase-Riboud, the American-born, European-based author, poet, and artist whose work in all genres engages with the processes of transformation. To mark this occasion, the gallery will be mounting an exhibition of sculptures and drawings. Barbara Chase-Riboud: One Million Kilometers of Silk will be on view from October 31, 2014 to January 10, 2015, with an opening reception on October 30, from 6:00 to 8:00PM.

In addition, on Saturday, November 1, the gallery will host a book launch to celebrate the release of Everytime a Knot Is Undone, a God Is Released: Collected and New Poems, 1974-2011. Published by Seven Stories Press (New York), the book is Chase-Riboud’s first anthology of poetry since her acclaimed Portrait of a Nude Woman as Cleopatra (1987), which won her the Carl Sandburg Poetry Prize for Best American Poet. The November 1 event will include a reading of selected poems by Chase-Riboud, a Q&A session with the author, and a book signing.

Born in 1934 in Philadelphia, Barbara Chase-Riboud began taking art classes at the Philadelphia Art Museum at an early age. When she was in elementary school, her talent for poetry was so strong that a teacher accused her of plagiarizing a poem, “Autumn Leaves.” In response to the accusation, her mother, who had watched her compose the poem, pulled Chase-Riboud out of school, and had her tutored at home before enrolling her in the Philadelphia High School for Girls in 1948. Four years later, Chase-Riboud graduated from high school and began studying at Temple University’s Tyler School of Art. The Museum of Modern Art purchased her woodcut Reba in 1955. The following year, she graduated from Temple, and in 1957, she won a John Hay Whitney Fellowship to study in Rome. She returned to the United States in September of 1958 with a fellowship to pursue her MFA at Yale. Soon after, she had a sculpture, Bull-Fighter, included in the 1958 Pittsburgh International Exhibition of Contemporary Painting and Sculpture at the Carnegie Mellon Institute. In 1960, the twenty-one-year-old artist completed her first commissioned public work, the Wheaton Plaza Fountain, in Maryland (destroyed) and received her MFA from Yale.

In the mid-1960s, Chase-Riboud moved to Europe, settling in France. She would make Europe her permanent home, dividing her time between France and Italy. She began creating thin sheets of wax that she could bend, fold, meld, or sever in order to create unique models, which she would then bring to a local foundry for casting. This new approach to the lost-wax casting process enabled her to produce large-scale sculptures comprised of ribbons of bronze and aluminum. In 1969, she added fiber to these metal elements, devising the seemingly paradoxical works for which she became famous—tall, sturdy sculptures of cast metal resting on supports hidden by cascading skeins of silk or wool so that the fibers seem to support the metal. Of these works were a group of steles memorializing Malcolm X and his transformation “from a convict to a world leader.” Known collectively as the Malcolm X Steles, these works were recently exhibited to acclaim at the Philadelphia Museum of Art and the Berkeley Art Museum (University of California Berkeley). In 2007, Chase-Riboud returned to the subject of Malcolm X, producing another series of tall metal-and-fiber sculptures that bore his name. Several of these works will be on view as part of the exhibition at Michael Rosenfeld Gallery.

By the 1970s, Barbara Chase-Riboud was celebrated for her sculpture and well known to Europeans as a gifted visual artist. However, despite the fact that her work was exhibited at prominent modern art museums on the East and West Coasts in the 1970s, she was better known for her literary talents in the United States. In 1974, Chase-Riboud published her first book of poetry. Five years later, her first novel, Sally Hemings (Viking Press, 1979), won the Janet Heidinger Kafka Prize for Best Novel by an American Woman. The book, about the relationship between Thomas Jefferson and his slave Sally Hemings, became an international bestseller. Its sequel, The President’s Daughter, was published by Ballentine Books in 1994. Other literary works include Echo of Lions (1989, William Morrow), about the Amistad revolt, and Hottentot Venus (Doubleday, 2003), about Sarah Baartman. This year, Barbara Chase-Riboud’s papers and manuscripts will join those of other celebrated authors at Emory University’s Manuscript and Rare Book Library. The acquisition will be announced at The Callaloo Conference, where Chase-Riboud will also be the closing keynote speaker.