Skip to content
Back to top Back to Exhibitions«
Alfonso Ossorio: Masterworks from the Collection of the Robert U. Ossorio Foundation 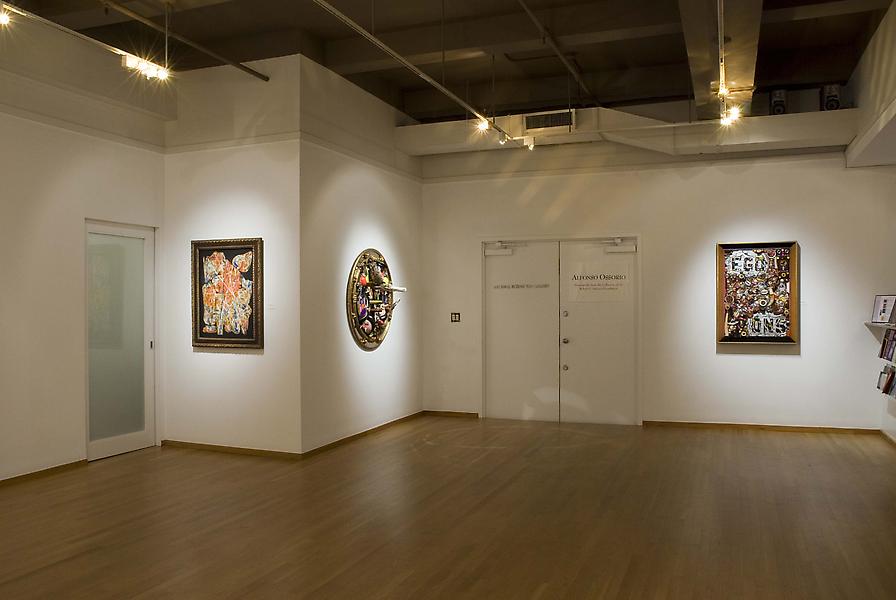 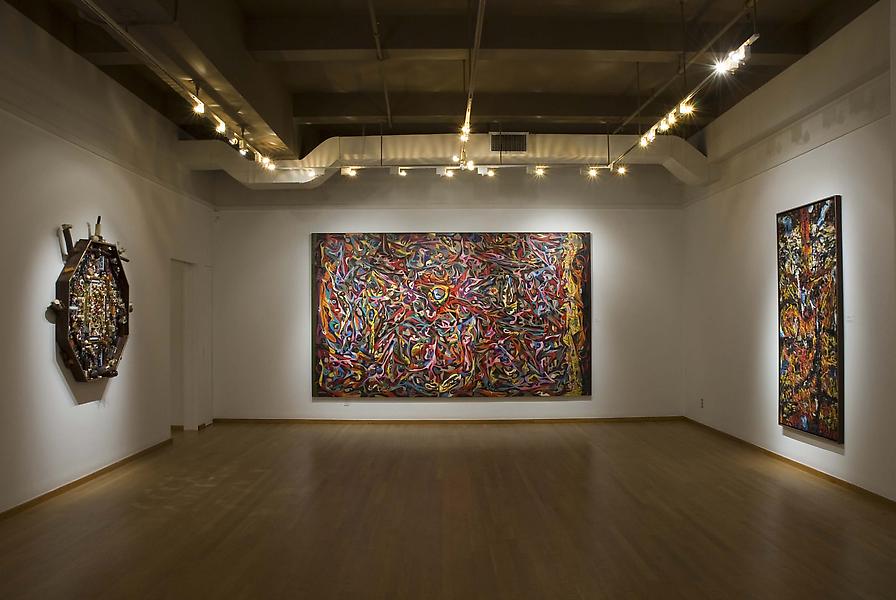 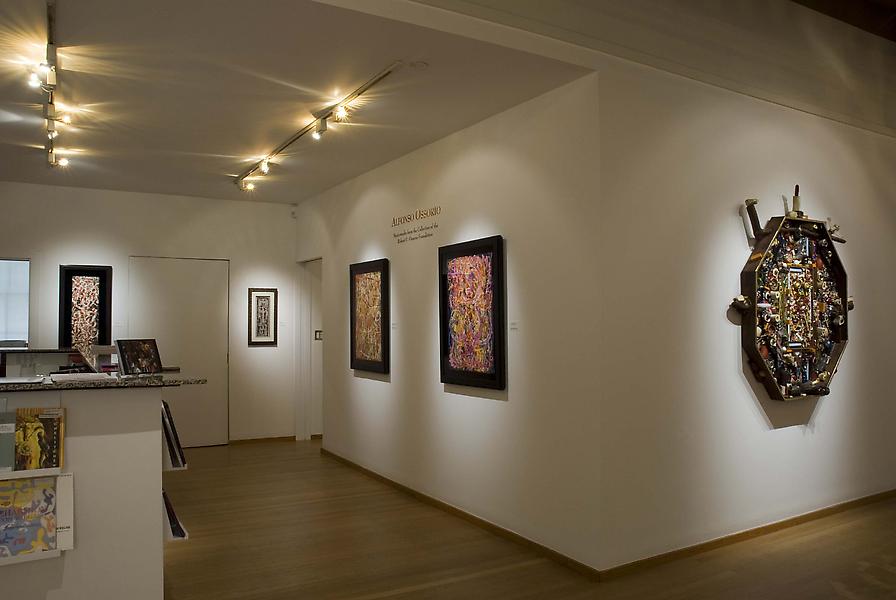 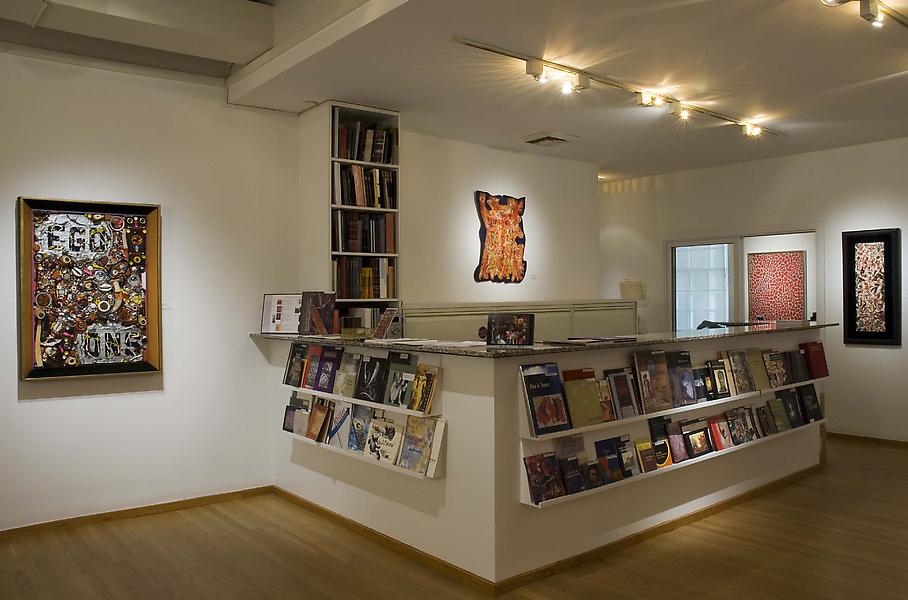 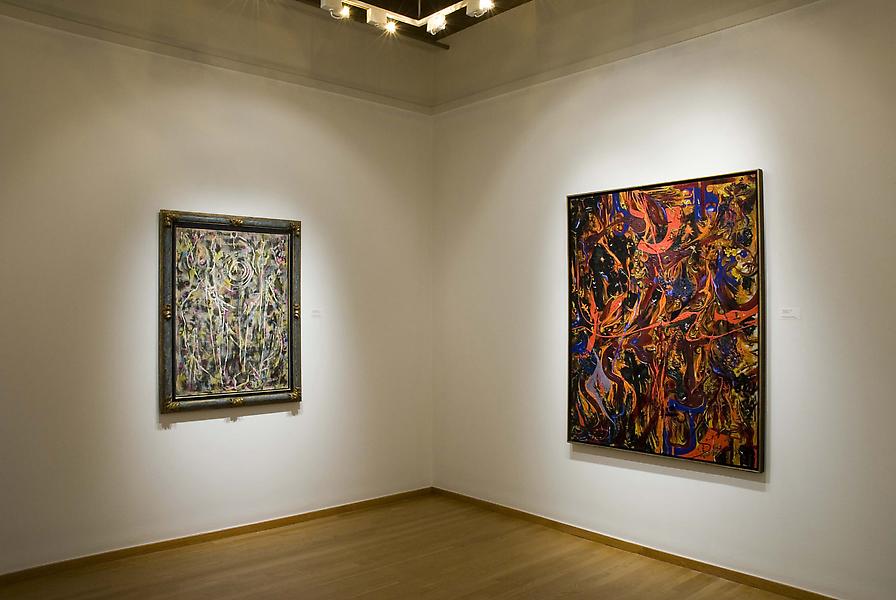 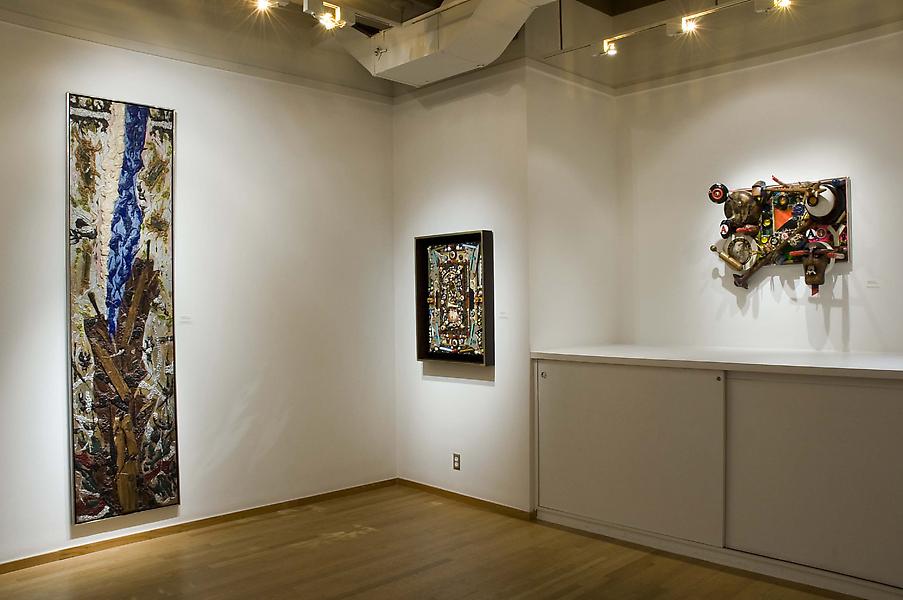 Alfonso Ossorio: Masterworks from the Collection of the Robert U. Ossorio Foundation

A dancer, patron of the arts, and founder of the Manhattan School of Ballet, Robert U. Ossorio (1923-1996) - the sixth of eight Ossorio brothers - assembled one of the most impressive private collections of Alfonso's art. Highlights from his collection include three monumental abstractions from the 1950s: Beachcomber (1953), The Improbable Cross (1955), and Act of Faith/Auto da Fé (1956). Also on view are five congregations, including Searcher (1963). Established as a lasting memory to Robert Ossorio after his death in 1996, the Robert U. Ossorio Foundation exists to ensure the artistic legacy of his brother Alfonso. In the catalogue foreword Fogg Art Museum Curator of Modern Art, Harry Cooper explains the significance of this exhibition:

This exhibition marks a new chapter in Ossorio’s fortunes, for it benefits the Harvard University Art Museums’ Ossorio Fund, whose purpose is to study and display the work of Ossorio and his American contemporaries. Ossorio’s years at Harvard left an indelible mark on him, partly because the study of art history there involved the practice of historical artistic techniques. While at Harvard, Ossorio also published a book of his poems and engravings, and the Fogg exhibited his nascent art collection. Today, thanks largely to the generosity of two of Ossorio’s brothers, Frederic and Robert, and of Frederic’s widow Siena, Harvard possesses a core group of Ossorio’s works and an endowment to support related scholarship and exhibitions.

The Robert U. Ossorio Foundation will donate proceeds from the sale of their works to the Ossorio Fund at the Harvard University Art Museums.

Born in Manila, the Philippines, Alfonso Ossorio (1916-1990) was educated at a Catholic boarding school in England before coming to the United States in 1930 to continue his studies at Portsmouth Priory in Providence, Rhode Island. In 1933, he became an American citizen, and a year later, he matriculated at Harvard University. In Massachusetts, Ossorio encountered tribal art from around the world at the Peabody Museum and met - among other artists - Jared French, George Platt Lynes, Paul Cadmus, and engraver Eric Gill. By the early 1940s, Ossorio had begun to produce surrealist art, and in 1941, he had his first solo exhibition at Betty Parson's legendary Wakefield Gallery in New York City. In 1943, he enlisted in the U.S. Army and served as a medical illustrator. After his discharge from the army in 1946, Ossorio moved to New York City just as the Abstract Expressionist

army in 1946, Ossorio moved to New York City just as the Abstract Expressionist movement began to emerge. In the late 1940s, as he began to explore abstraction, Ossorio formed vital relationships with Jackson Pollock and Jean Dubuffet. In 1950, he returned to the Philippines for the first time since his childhood to execute a mural for the Chapel of St. Joseph the Worker. After spending much of 1951 in Paris with Dubuffet, Ossorio purchased the East Hampton estate known as “The Creeks,” which he cultivated into "the Eighth Wonder of the Horticultural World.” He remained in East Hampton until his death in 1990 and was a critical member of the Hamptons avant-garde community, which included such artists as Willem de Kooning, Lee Krasner, and Pollock. From 1951 to 1962, The Creeks housed Dubuffet’s extraordinary art brut collection, and in the early 1960s, Ossorio began to create his own visionary mixed media assemblages that he labeled “congregations.”

Internationally recognized for his complex and challenging visual language, Ossorio has been the subject of numerous exhibitions and publications. In 1992, the Whitney Museum of American Art presented Alfonso Ossorio, Drawings 1940-48: Anatomy of a Surrealist, and in 1997, The Parrish Art Museum organized and published Alfonso Ossorio: Congregations. His work is represented in museum collections throughout the world including the Albertina Museum (Austria), Le Centre Georges Pompidou (France), L’Art Brut Museum (Switzerland), El Museo Nacional Centro de Arte Reina Sofía (Spain), the Los Angeles County Museum of Art, the Museum of Modern Art, the Metropolitan Museum of Art, and the Whitney Museum of American Art.

This exhibition is accompanied by a fully illustrated color catalogue, with a foreword by Frederic E. Ossorio, Jr., and an introduction by Harry Cooper, Curator of Modern Art at the Fogg Art Museum.

Michael Rosenfeld Gallery has organized ten Alfonso Ossorio exhibitions with the support and assistance of the Ossorio Foundation and the artist’s immediate family. Each exhibition has revealed an important facet of Ossorio’s rich and dense career. Leading art historians and curators have contributed new scholarship to the Michael Rosenfeld Gallery monographs that accompany each exhibition. Feature articles, critical reviews, and inclusion in museum shows too numerous to count have also increased the visibility and viability of Ossorio’s work.