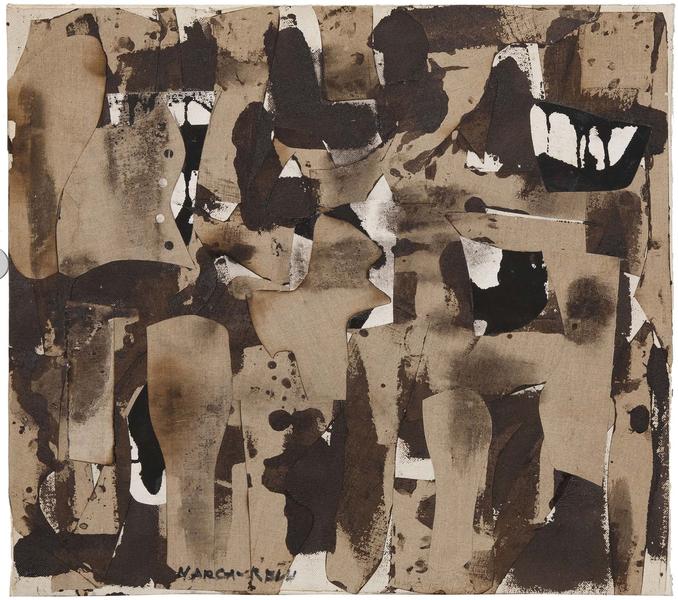 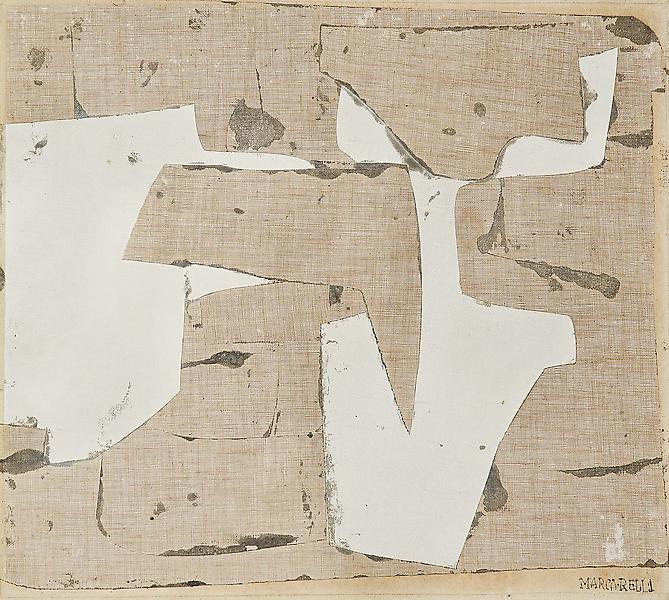 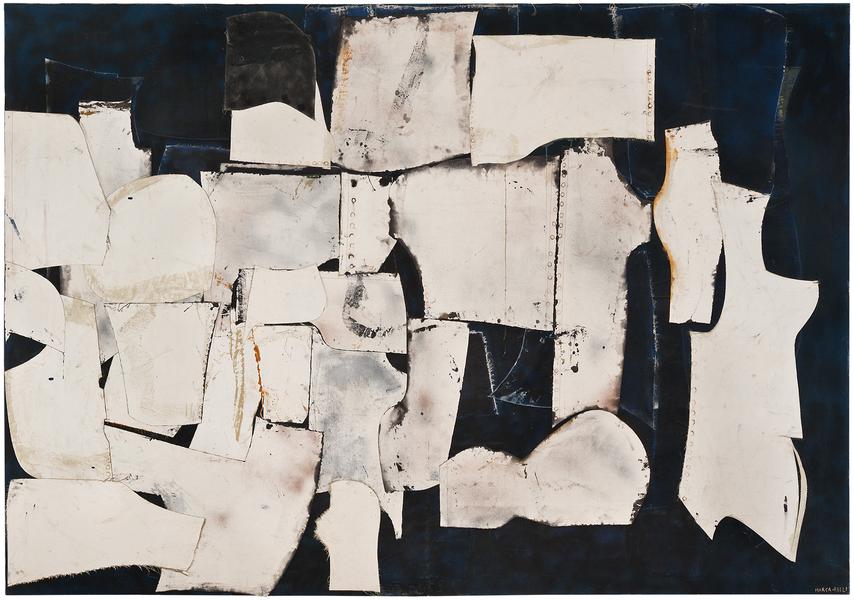 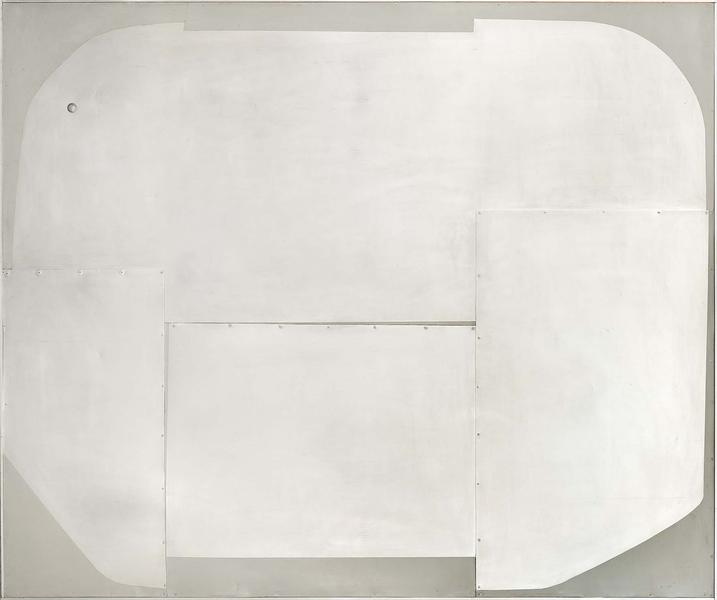 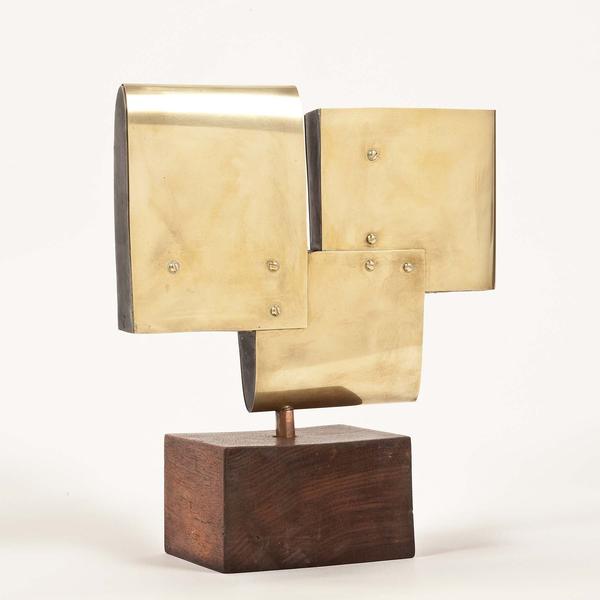 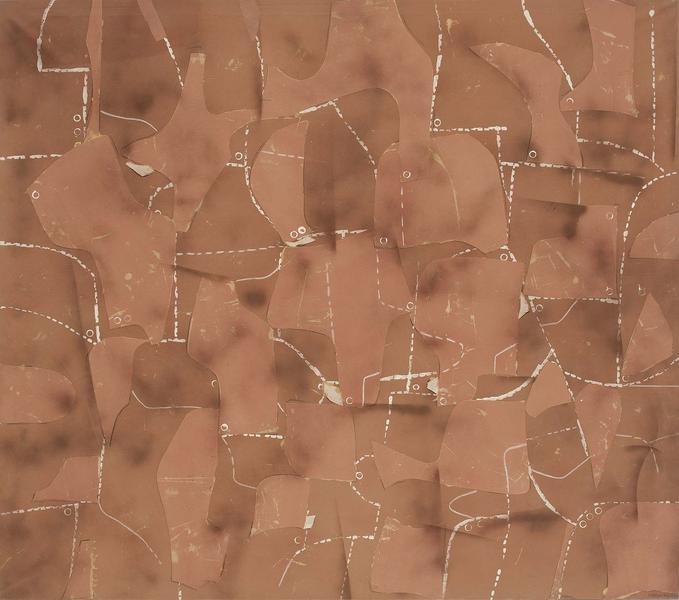 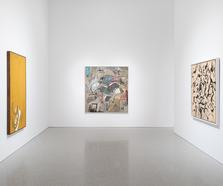 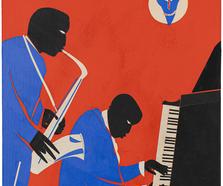 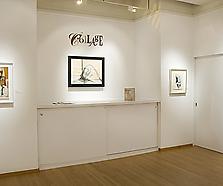 “I have been working in collage as a result of a genuine need; a medium is adopted by an artist to express himself more clearly in a particular way . . . Collage for me is not study, diversion or experiment. Instead, it has become my painting form.”[i]

A member of the first generation of abstract expressionists, Conrad Marca-Relli took the epic scale of New York School painting and applied it to collage. Born in Boston in 1913 to Italian immigrant parents, Marca-Relli traveled frequently as a child due to his father’s career as a journalist. In 1926, the family settled permanently in New York City, and with his father’s encouragement, Marca-Relli began taking night classes at a private art school. In 1930, he briefly attended Cooper Union before setting up a studio in Greenwich Village and working on his own. From 1935 to 1938, Marca-Relli was employed with the easel and mural divisions of the Federal Art Project of the WPA, where he met Willem de Kooning, Franz Kline, and John Graham. When the United States entered World War II, Marca-Relli enlisted in the army. After the war, he returned to New York and resumed painting. In 1947, the Niveau Gallery in New York mounted his first solo exhibition, which featured paintings inspired by the haunting dreamscapes of Giorgio de Chirico, whom Marca-Relli then met on a trip to Europe the following year. Towards the end of the 1940s, motivated by an exhibition of Arshile Gorky’s paintings, Marca-Relli abandoned figural representation for thickly painted abstract forms. In 1949, he became a founding member of the Club, and in 1951, he helped Leo Castelli organize the Ninth Street Show.

From the 1930s to the early 1950s, Marca-Relli had concentrated on painting, but often found the medium limiting. A happy accident brought him to collage in 1953, when he ran out of paint while traveling in Mexico. Marca-Relli began cutting strips of canvas and affixing them to his painting, which also helped him capture the texture of the adobe buildings he saw. From that point on, he regularly incorporated canvas and raw linen collage elements into his work. The technique allowed him to “achieve the illusion of limited and controlled depth without sacrificing unity between the background and foreground of the canvas—thereby resolving a problem which had concerned him for several years.”[ii] Marca-Relli shared with other abstract expressionists a desire to capture intuitive, creative impulses before his rational mind had a chance to repress them. Therefore, he cut his shapes as quickly as possible, in the hopes that speed would bring “free, automatic action, before conscious thought can censor out creativity.”[iii] He would pin these shapes to supporting canvases, where they became painterly elements, along with the vivid colors he applied through brushwork and spattering.

Marca-Relli’s large-scale works freed collage from the subordinate place it had historically held in relation to painting; his innovation was to “raise collage to a “scale and complexity equal to that of monumental painting.”[iv] Throughout the 1950s, he continued to work and socialize with the abstract expressionists, and his work was shown alongside theirs at both the Stable and Kootz Galleries in New York. In 1953, Marca-Relli purchased a house in Springs, East Hampton, near to Lee Krasner and Jackson Pollock, who became close friends of the artist and his wife. When Pollock was killed in a 1956 car accident, Marca-Relli identified the body for the police, an experience that prompted him to create The Death of Jackson Pollock that same year.

In the 1960s, Marca-Relli’s approach to his art became more sculptural. He began outlining the collaged elements with nail holes, and he incorporated more industrial and synthetic materials, adding burnished aluminum, vinyl, and rivets to his canvases. This shift was accompanied by a reduced color palette as well: “After treating colors with a maximum intensity, with an abundant and forceful disposition of forms, he gradually evolved a more subdued idiom, in which colors and shapes are rigidly controlled and masterfully enhanced by their formalized presentation against the background.”[v] These later works were the highlight of the 1967 mid-career retrospective at the Whitney Museum of American Art. In a review of the show for the New York Times, John Canaday praised them as “infinitely more subtle” than his pre-1959 collages.[vi]

Marca-Relli spent the 1970s in Spain, creating abstract and figurative paintings and collages in a variety of scales. He returned to New York in 1980, and in 1996, he moved to Parma, Italy, where he spent the remainder of his life.  In 1999 and 2000, he was the subject of retrospectives at the Peggy Guggenheim Museum in Venice and the Institut Mathildenhdhe in Darmstadt, Germany, respectively. The year before he died, Marca-Relli was made an honorary citizen by the Italian government.